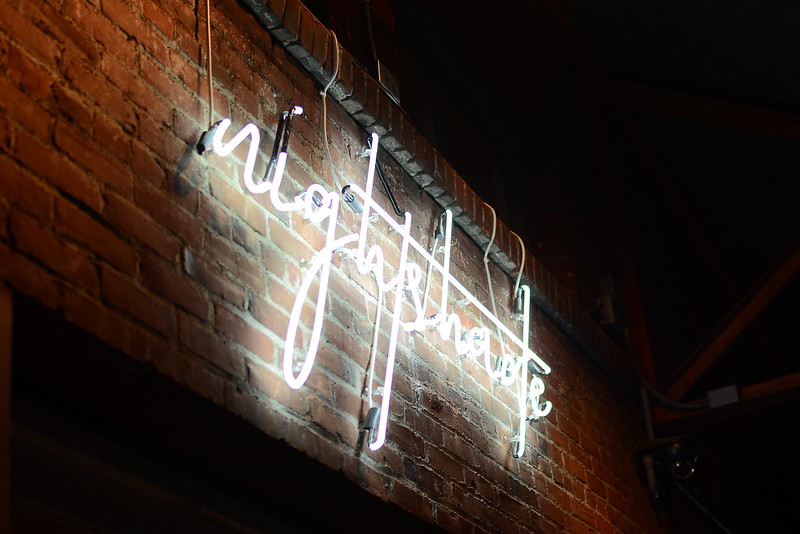 Not last Saturday but the one before that, The Astronomer and I checked out Nightshade for dinner followed by the RNBRewind. The combination of fantastic food and 90s nostalgia made for the best time. 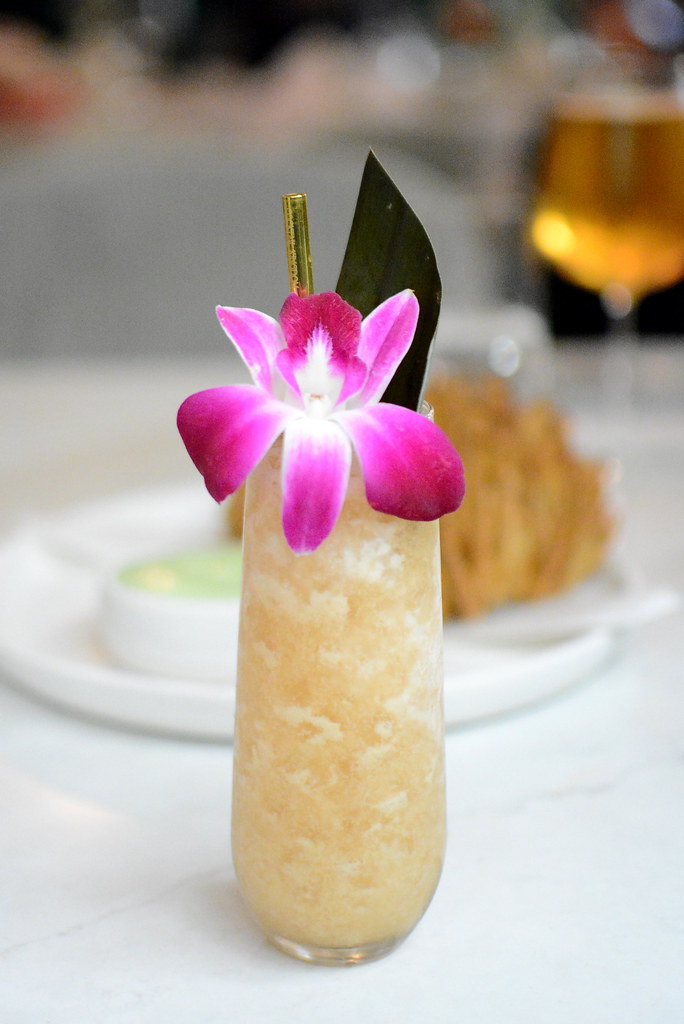 First up were drinks all around. While The Astronomer selected a sour beer to start, I chose the No. 888 ($16) with bourbon, falernum, toasted coconut-makrut, sherry, lime, and bitters. I liked how the rich coconut smoothed out the bourbon’s hard edge. 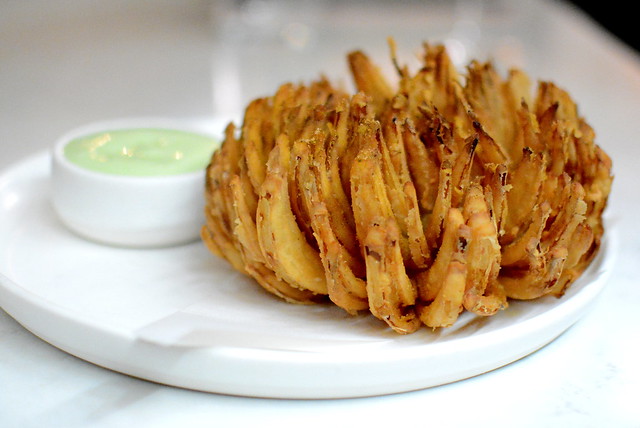 Nightshade’s menu is chock full of unexpected Asian American mashups. One of our favorites of the evening was the Tom Yum Onion ($15). Here, Outback Steakhouse’s iconic appetizer received the Top Chef treatment—expertly fried, Thai-spiced, and served with an airy coconut dip. It was hard not to feel giddy unfurling the onion’s copious layers. 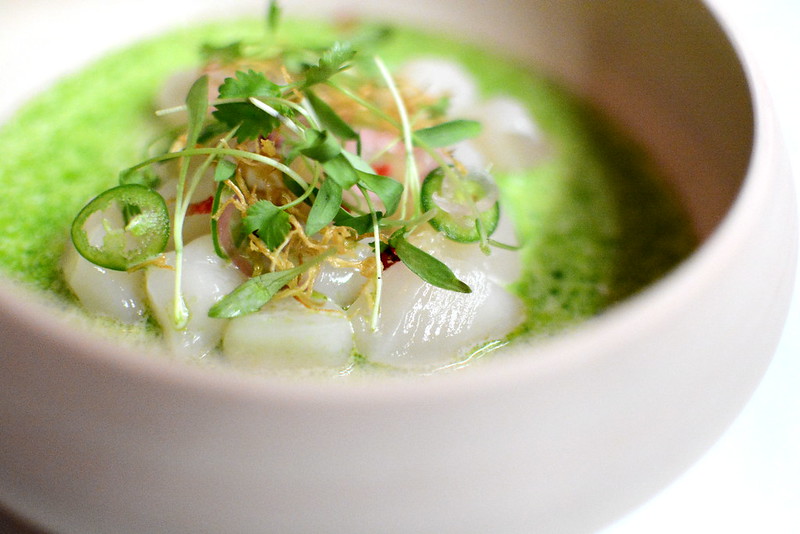 Coconut made its third appearance of the evening in the form of a punchy coriander vinaigrette, which was poured table-side atop bay scallops ($23). The serranos packed quite a bit of heat. 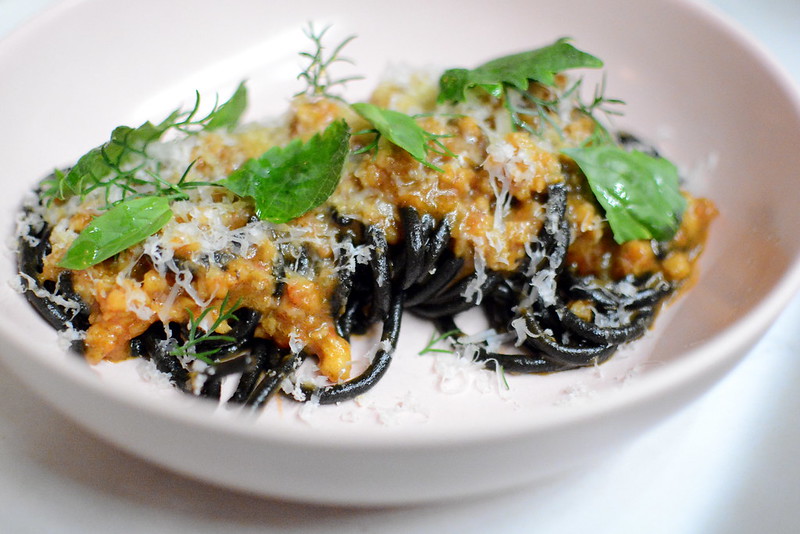 Next up were a duo of pastas. The new-to-the-menu squid ink bucatini with cuttlefish bolognese and gochujang ($23) tasted more Italian than anticipated and would not have been out of place in a trattoria. 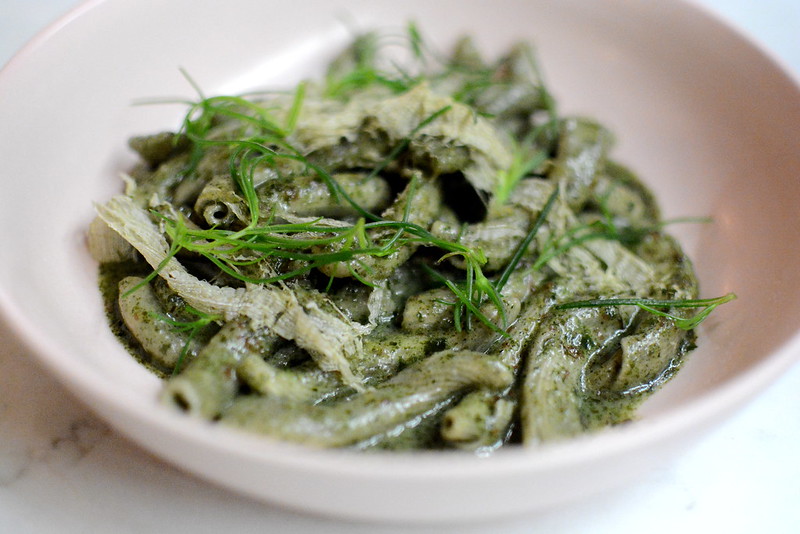 The Astronomer and I adored the fantastically oceanic nori spaccatelli with seaweed-dashi butter, nekombu (dried kelp), and agretti ($18). The pasta’s funky, in-your-face flavors represented the kind of confident and experimental cooking that I really dig. 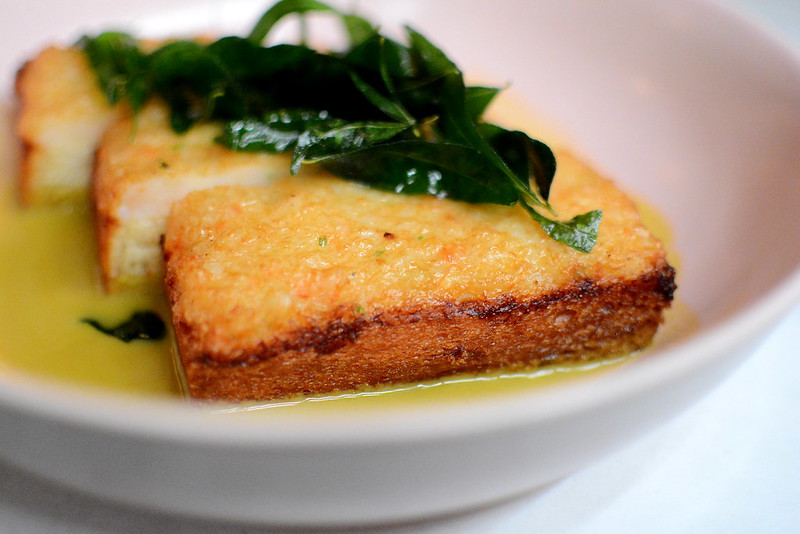 The prawn toast with Cantonese curry ($25) was really, really good. Shrimp toast is always a crowd-pleaser, and paired with a pitch-perfect curry, the soulful combination was truly unbeatable. 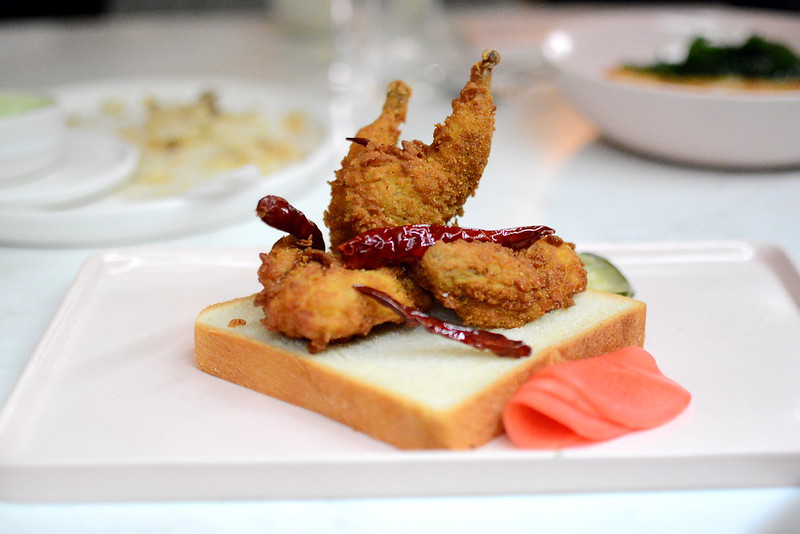 We were warned that the Szechuan hot quail ($26) was going to be spicy and hot damn, it was. The bites that we could handle were crispy and super-flavorful, but spicy as all get out, even with the Japanese milk bread and house pickles. 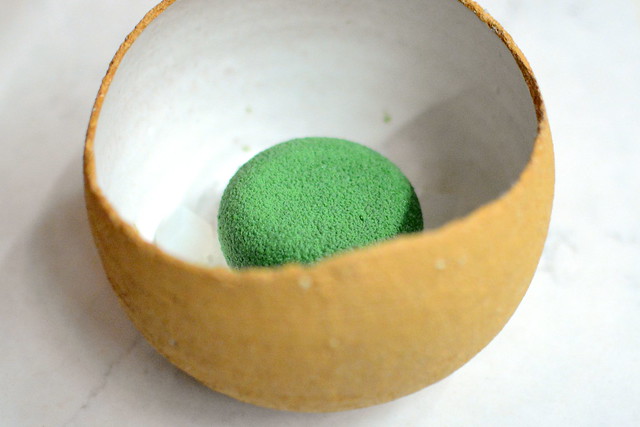 While I would have loved to have tasted all of the futuristic-looking desserts on the menu, we only had enough space for one ($16). Perched atop the lime-coconut granita and nata de coco (fermented coconut water jelly) was a coconut mousse orb filled with pineapple. The Astronomer and I were largely stuffed, so this refreshing and light creation hit the spot.

Dinner at Nightshade exceeded The Astronomer’s and my expectations. Mei Lin’s creativity was through the roof, while the flavors were unexpected and on point. It will be exciting to see how the menu evolves over time to keep adventurous diners on their toes. We will be back.