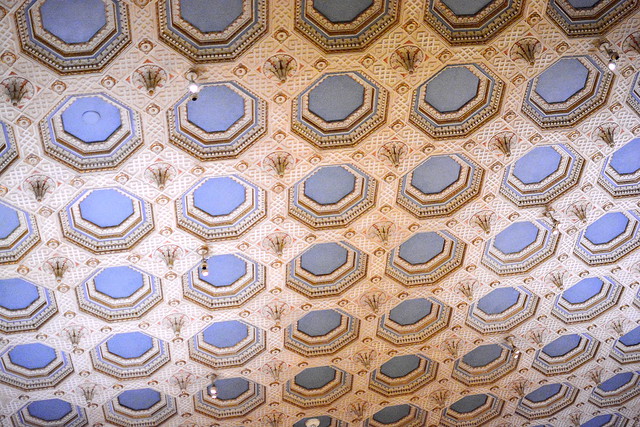 When The Nomad first opened a little over a year ago, The Restaurant was tucked away on the second floor of the hotel. Since those first few months of ironing out details and refining the overall experience, The Restaurant has migrated to the hotel’s magnificent ground floor. With its sky-high ceilings and gold and blue detailing, the room is really something to behold. 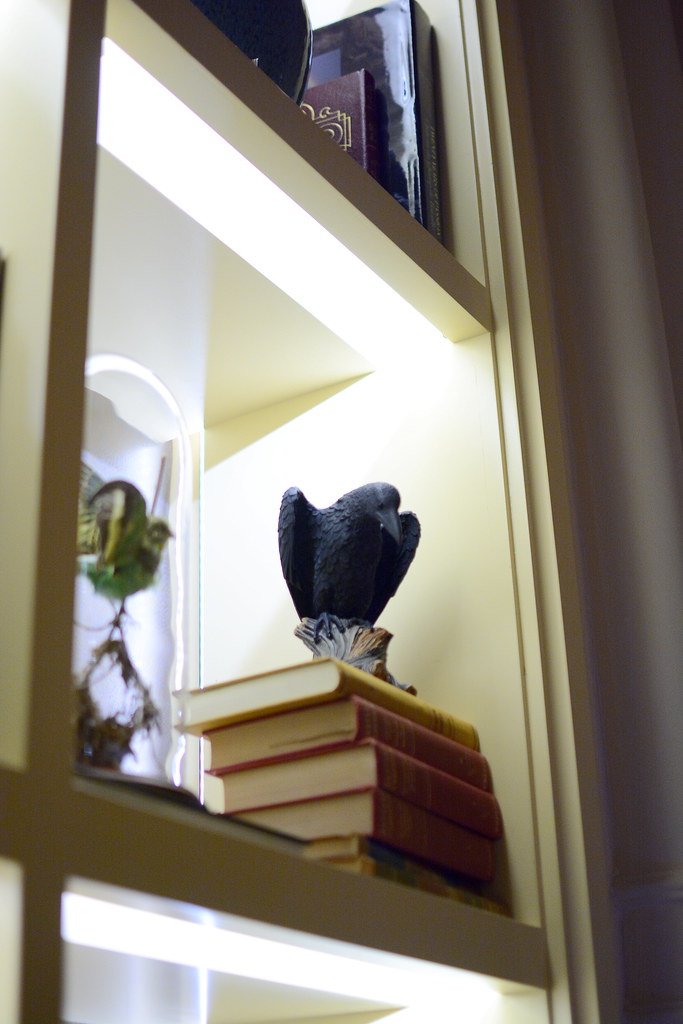 I met up with Diana for a mid-week supper at The Restaurant back in January. She snagged us the cutest little two-top right by the bookshelves in the back of the room. 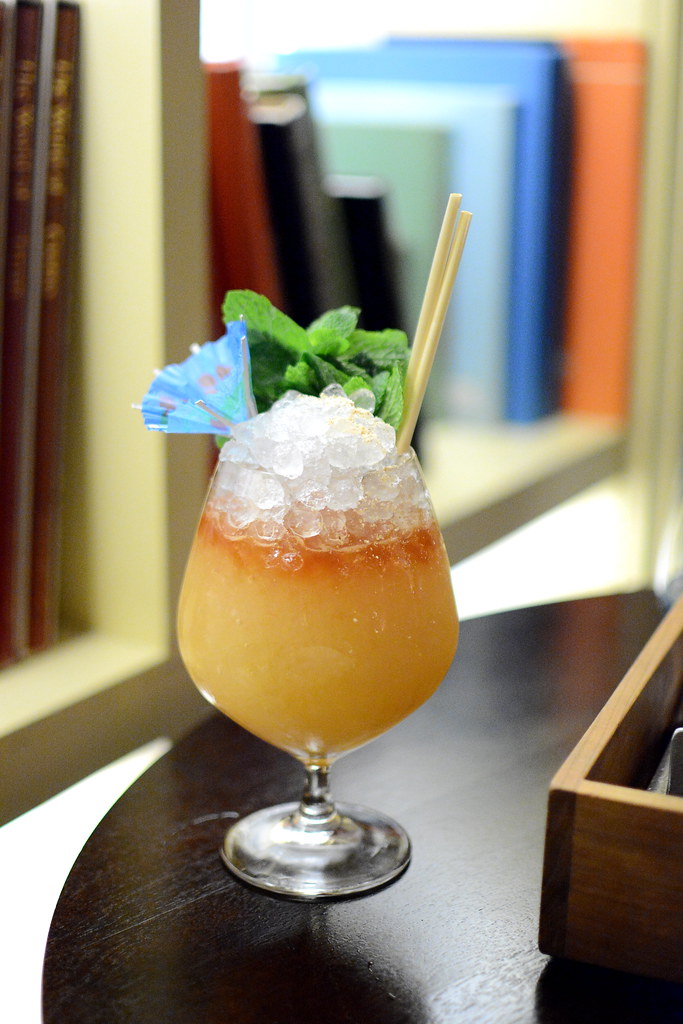 My dear friend was having the driest of Januaries, so I happily cocktail’d alone. The Foxtrot, billed as an “American Whiskey with a Caribbean accent,” included rye, bourbon, orgeat (almond syrup), falernum, passion fruit, and lime. 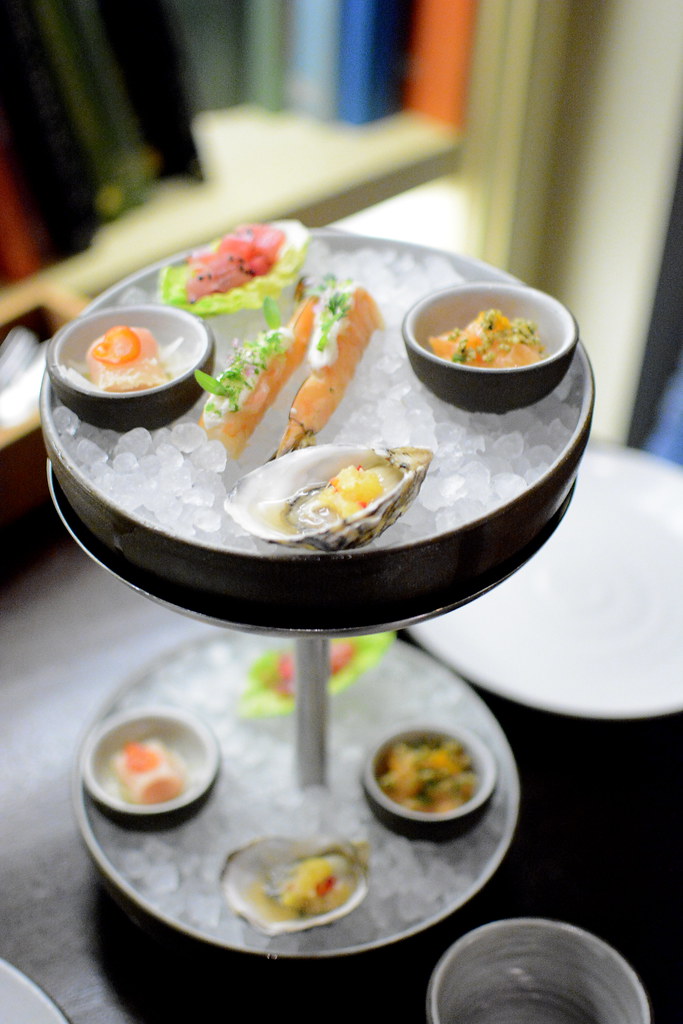 Even though it has been a while since Diana and I have dined out together, we still know each other’s culinary preferences inside and out thanks to years of reading each other’s food blogs—just one of the many perks of having a friendship born out of the Digital Age. Diana was certain that I would adore the fruits de mer to start, and she was absolutely right ($32 per person). 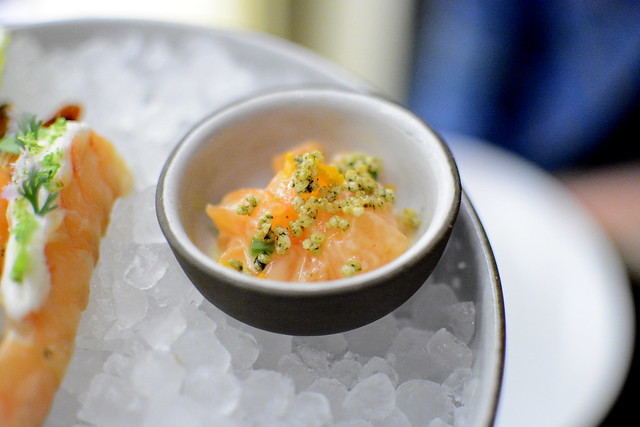 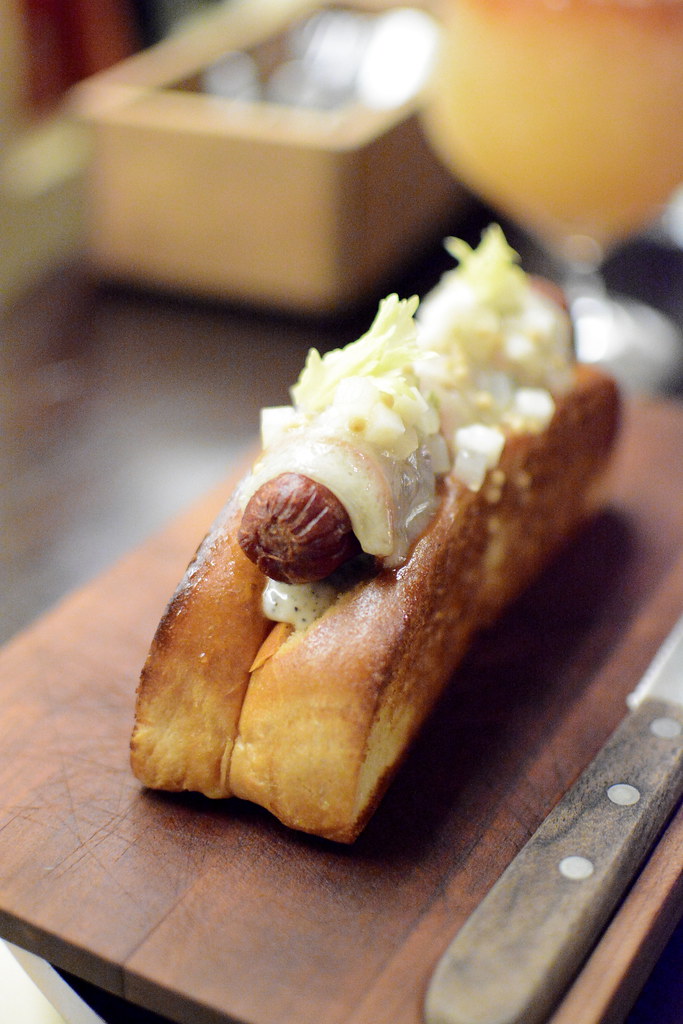 It was no surprise to Diana that I insisted we share the Humm Dog ($15), a bacon-wrapped, all-beef frank with a celery relish and black truffle mayonnaise. Savory, rich, and comforting, the Humm Dog hit all the right notes. I look forward to returning with The Astronomer for cocktails and a fancy hotdog some day soon. 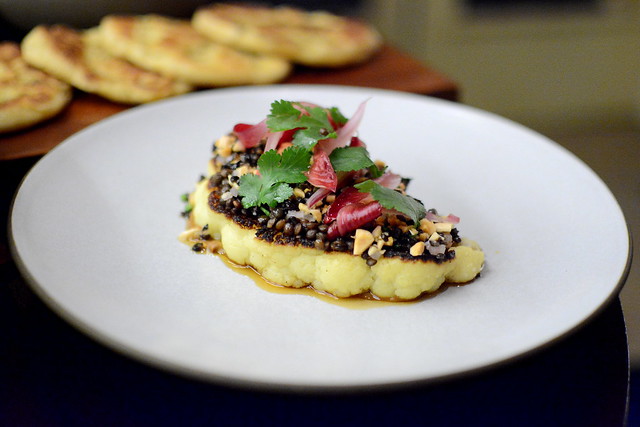 It was no surprise to me when Diana zeroed in on the caramelized cauliflower ($21), a seared “steak” topped with vadouvan-spiced beluga lentils and golden raisins. Perfectly cooked and dressed to nines, the cauliflower was just Diana’s speed. 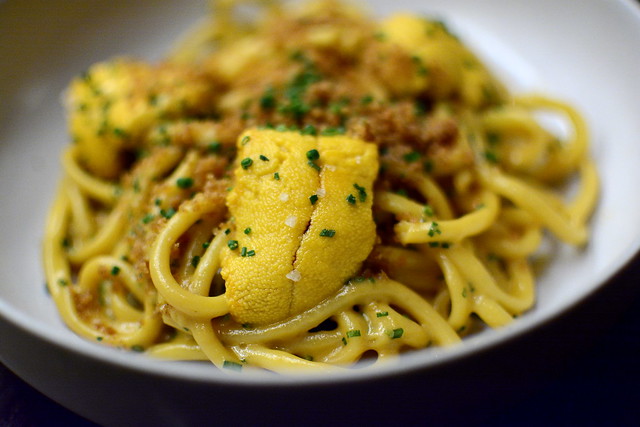 We both agreed that the bucatini with all the sea urchin was a must ($26). The uni-forward pasta, fortified with crème fraîche and topped with a bonito crumble, brought an avalanche of oceanic bliss. Every slurp-able strand tasted of the sea. 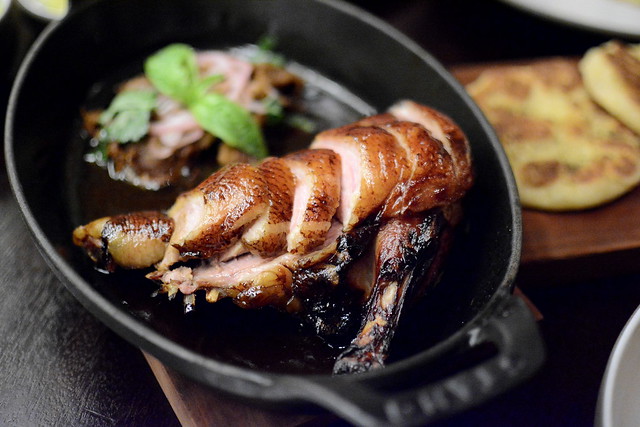 The grand finale was the honey-glazed half duck ($64). Chef Daniel Humm has a way with duck, so I knew we were in great hands.  The duck’s breast was roasted while its leg was braised—both preparations were charming and delicious. 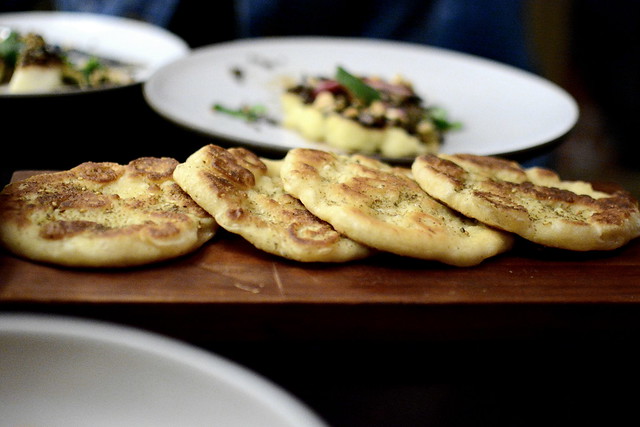 Served alongside the duck was a Tuscan kale slaw, assorted condiments, and best of all, za’atar-spiced flatbreads. The duck and its various accoutrements served us well done-up like a taco. 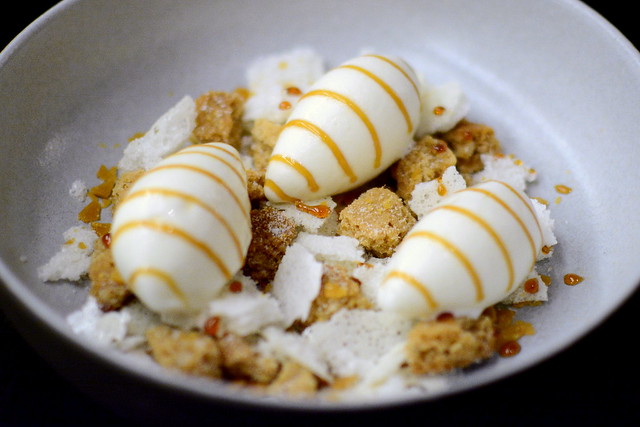 I had a good enough time when I dined at the NoMad Restaurant in New York City back in 2013, but tonight’s dinner showed how much the restaurant has grown into its own and matured over time. Not only was the cooking sharper than ever, but its vision, adapted to Los Angeles’ tastes and sensibilities, was clearer too. The Restaurant at The NoMad feels very much a part of the downtown dining scene, which is quite the feat for a New York City import.