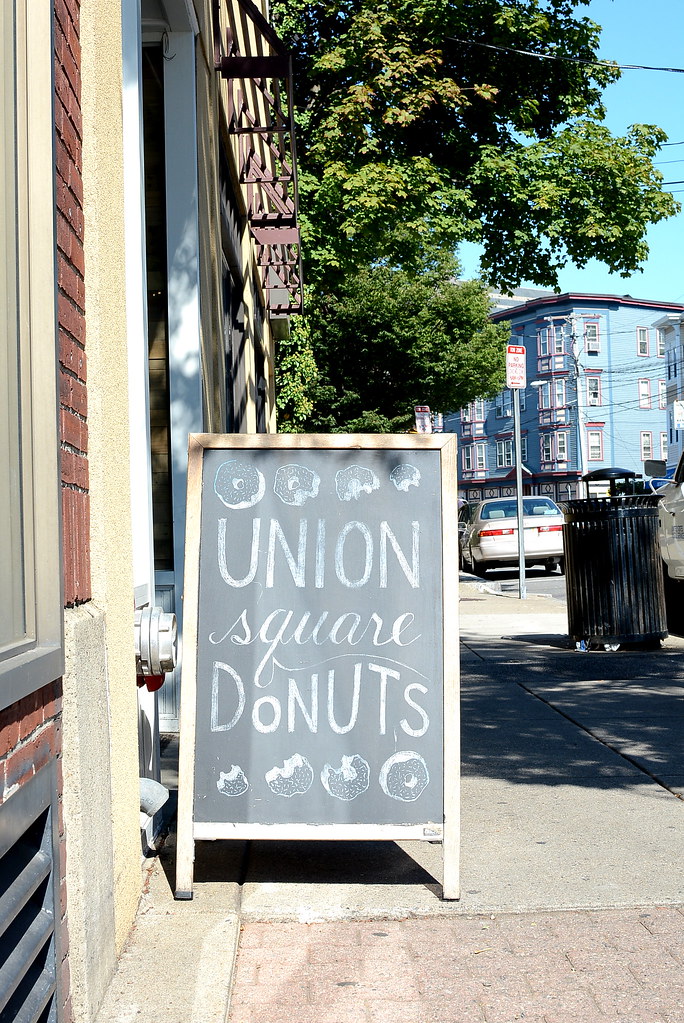 Following our stay in New York, The Astronomer, June, and I boarded a train and zoomed to Boston for high-quality family time with a side of high-quality doughnuts. For the latter part of the equation, we visited Union Square Donuts in Sommerville. 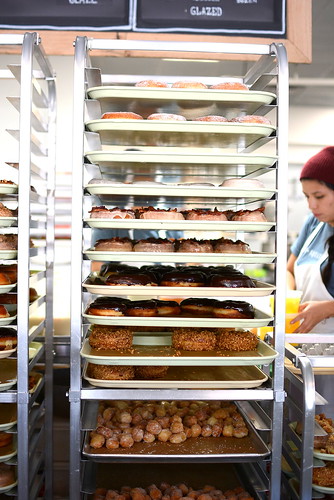 Heather Schmidt and Josh Danoff opened the shop three years ago. Legend has it that he had an idea and she had a recipe. The rest, as they say, is history. 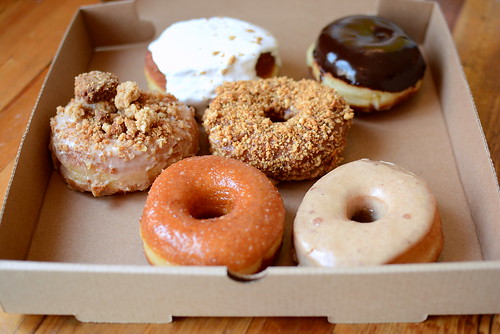 Union Square offers both sweet and yeasted rings, as well as denser cake doughnuts. Between The Astronomer, The Astronomer’s dad, and me, we ordered half a dozen doughnuts to share including a Fluffernutter, Butter Hazelnut Crunch, Sea-Salted Bourbon Caramel, Boston Cream, Apple Crisp, and Vegan Apple Spice. 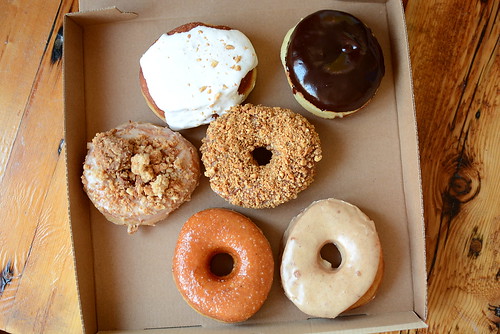 The Boston Cream was my favorite, with its dark, glossy chocolate glaze and smooth custard filling. The Butter Hazelnut Crunch was also superb, with its legitimately toasty exterior. While I didn’t have the highest hopes for the Vegan Apple Spice, its fantastic flavor and texture totally impressed.

All of the doughnuts were so, so good! 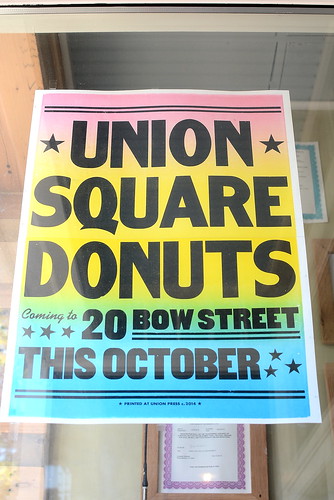