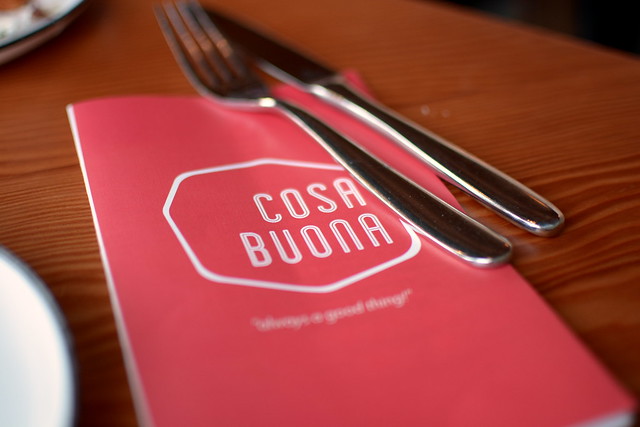 With the Year of the Dog days away, I’m finally wrapping up restaurant reviews from the Year of the Rooster. This blog operates on the lunar calendar at this time of year 😉. 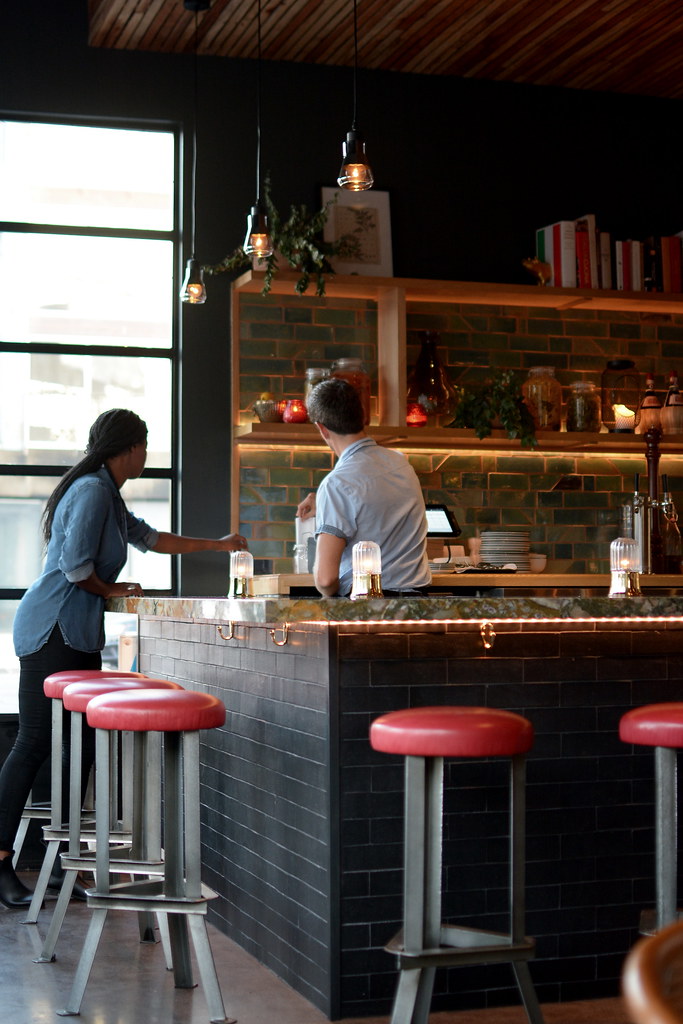 Reservations aren’t accepted, so Sarah and I met up on the early side for dinner. We were seated straightaway. 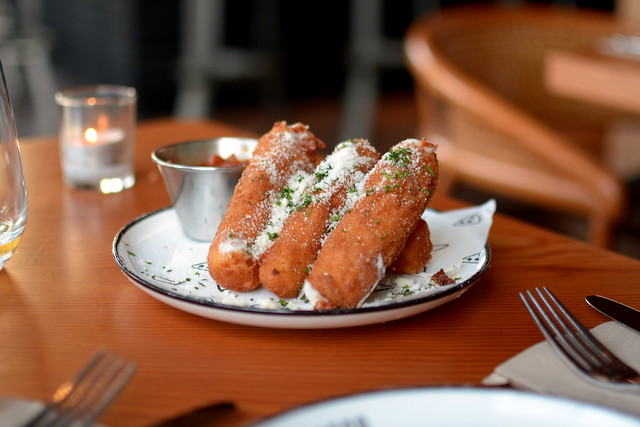 The one dish that we were both certain had to grace our table this evening was the “Smokey Mozzarella Sticks” with marinara ($10). The battered and deep-fried cheese sticks did not disappoint. Crisp-golden on the outside and gooey-rich within, these mozzarella sticks were the platonic ideal. 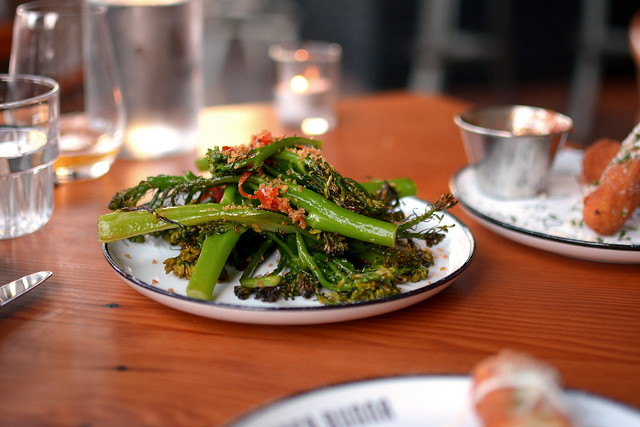 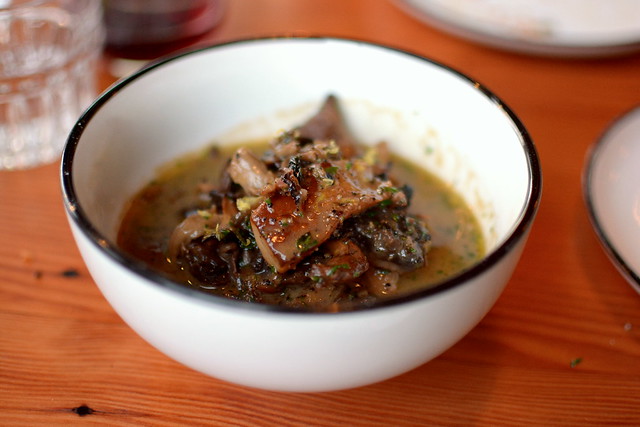 Also excellent were the “Roasted Mushrooms Marsala” ($11), a trio of cremini, trumpets, and maitake mushrooms bathed in a pitch-perfect marsala sauce. Pass the bread, please. 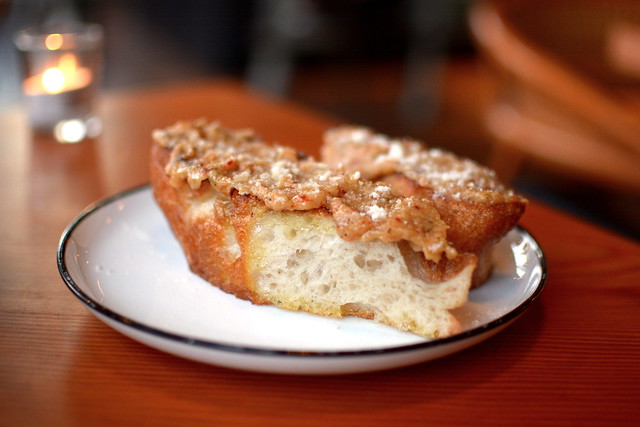 And speaking of bread, the garlic bread ($4) here isn’t your traditional American-Italian take. Cosa Buona’s version takes a plush raft of focaccia and slathers it with garlic confit. It’s a little unexpected and a lot tasty. 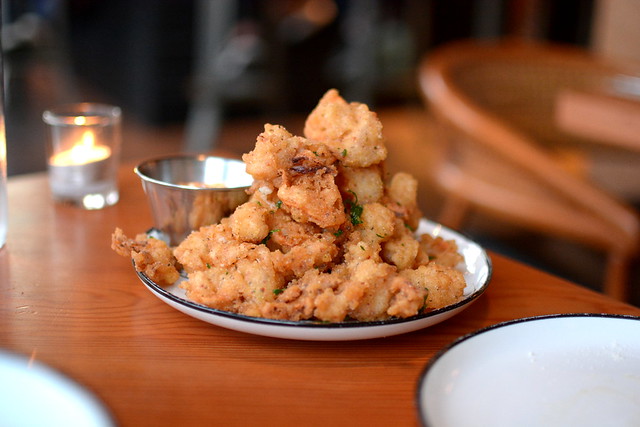 And then there were the perfectly fried “Calamari Fritti” ($13) served with a luscious Calabrian chili aioli. The fry on those rings was something kind of wonderfully addictive. 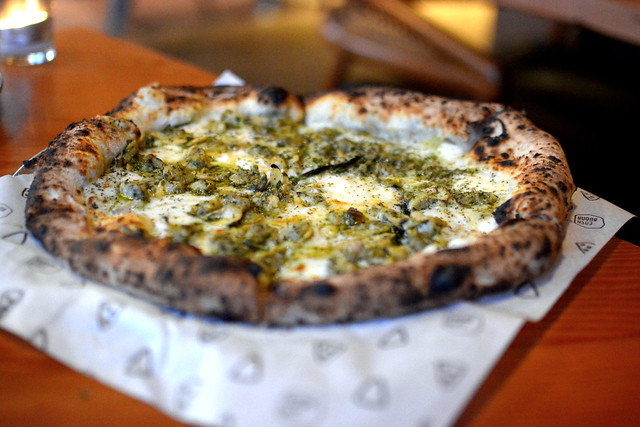 The final savory course of the night was the white clam pizza ($17) with oregano, mozzarella, and garlic. I’ve been a fan of Chef Pollack’s pizza crust ever since his days slinging pies at Sotto, and this updated version was just as good—chewy, charred, and terrific. 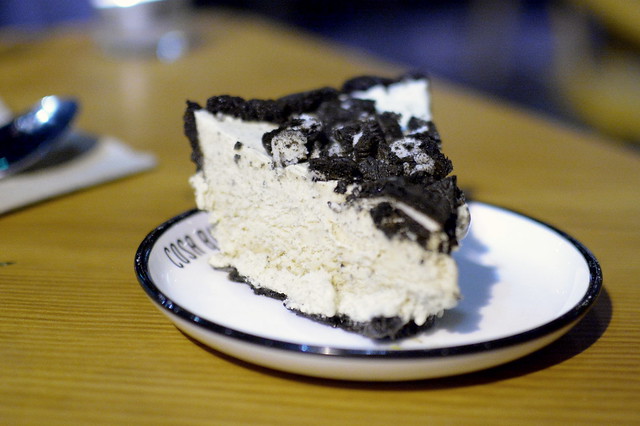 Last but certainly not least, we shared the “Cookies and Cream Semifreddo Pie” ($8) because who can resist Oreos? We unlocked the magic. 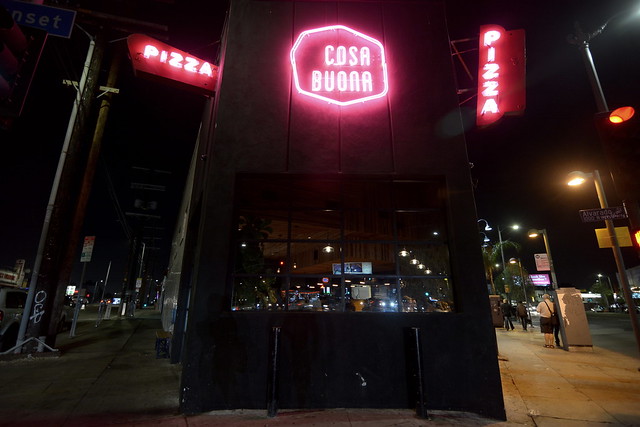 And with that, let’s usher in the Year of the Dog.