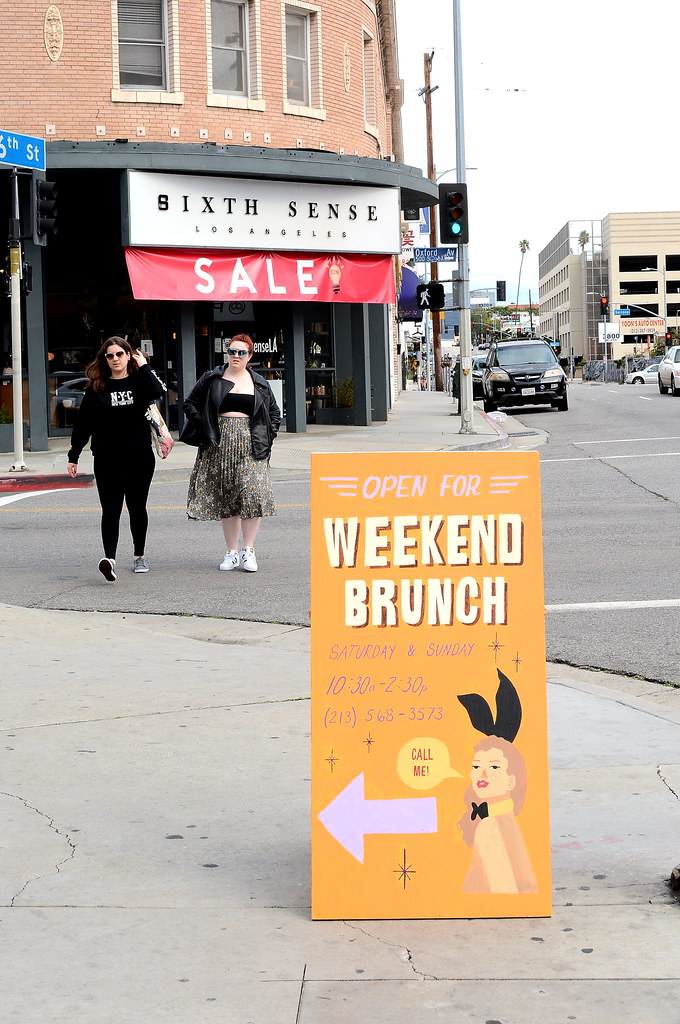 The Astronomer, June, and I finally made our way to Koreatown for brunch at Here’s Looking At You this past weekend. The restaurant started serving daytime fare last May, and the menu is as solid as ever—all hits, no misses, promise. 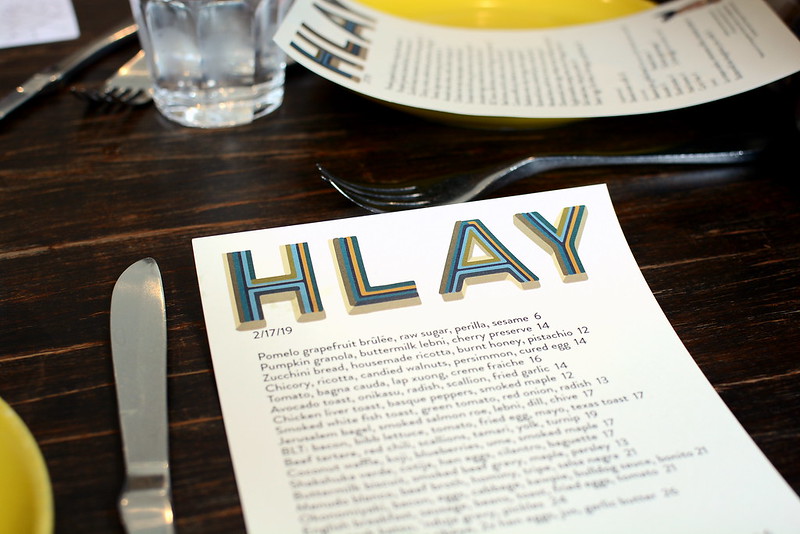 While most restaurants don’t put too much creativity into their brunch menus, relying on standbys like buttermilk pancakes, eggs Benedict, and Bloody Marys to fuel crowds, chef Jonathan Whitener is bringing fresh ideas and energy to the table. 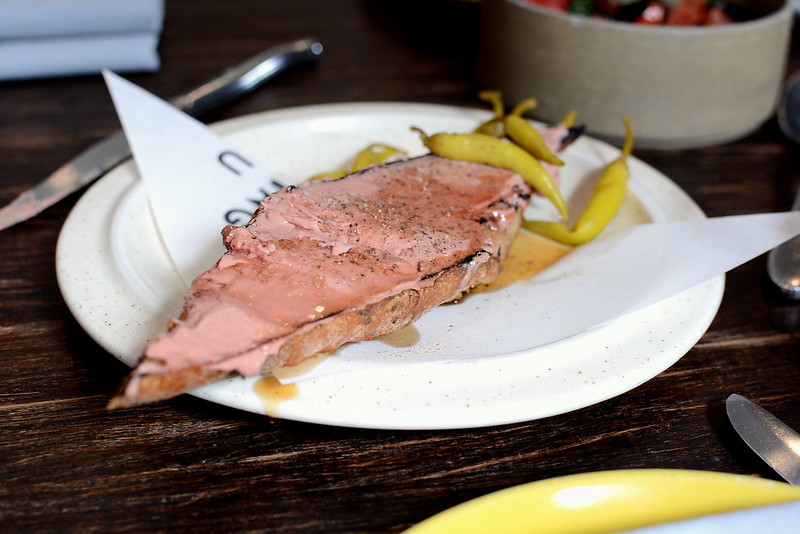 The first dish to arrive was the whippiest, lightest chicken liver toast ($12). To reel in the richness were Basque peppers and a touch of smoked maple. 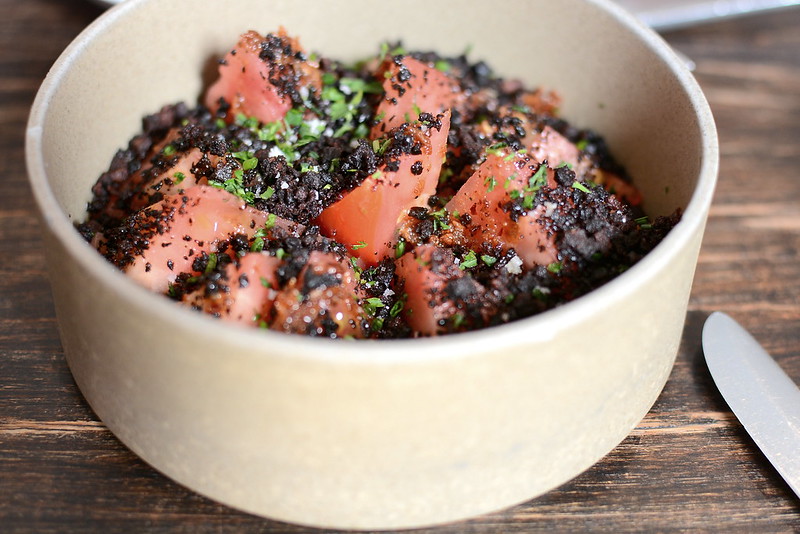 Then came a bowl of tomatoes savoried with bagna cauda and lap xuong, served in a puddle of creme fraiche ($16). It tasted like a wedge salad in the very best way. 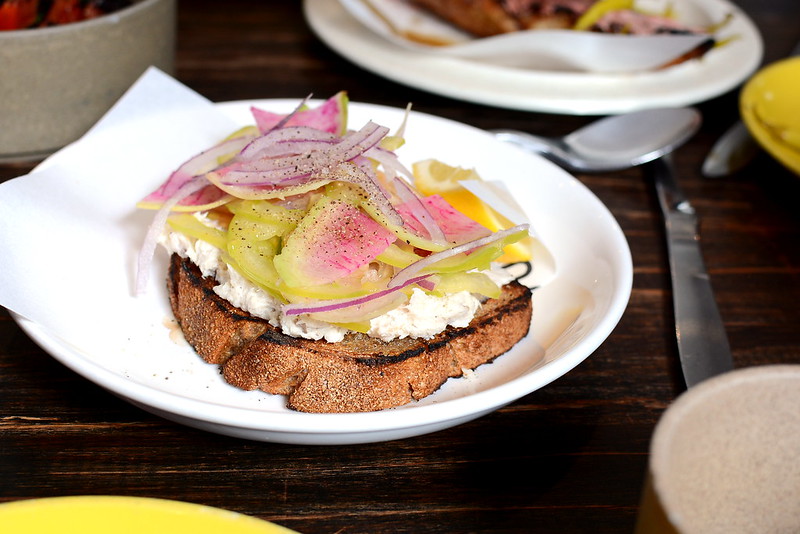 The smoked white fish toast with green tomato, red onion, and radish ($13) appeared next. The bread, from Bub and Grandma’s, held on to the toppings with aplomb. 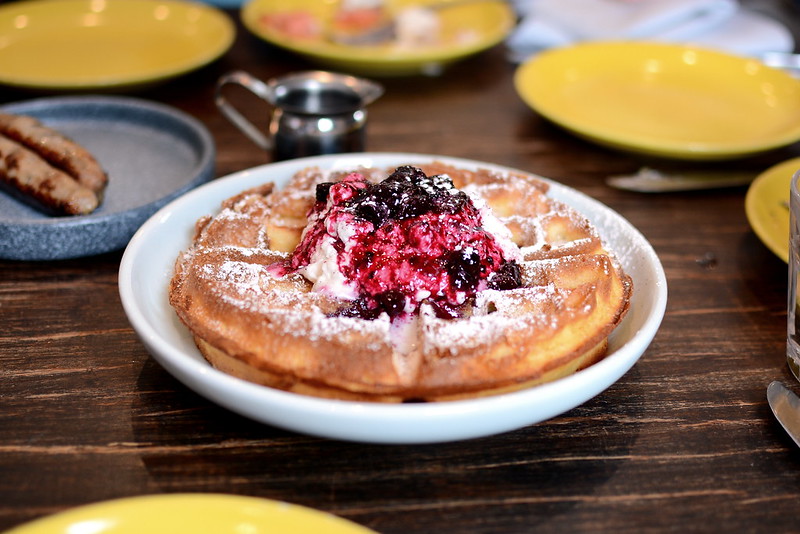 Everyone agreed that the coconut waffle with koji, blueberries, ume (Japanese salty plums), and smoked maple syrup was the highlight of the meal. At first glance, it looked like a fine enough Belgian waffle topped with whipped cream and a berry compote. However, the first bite revealed that there was far more here than initially met the eye.

The coconut waffle, impossibly light and airy, delivered an avalanche of unexpected savory and funky notes, on top of the anticipated sweetness. A side of chicken apple sausage ($7) paired really nicely here. 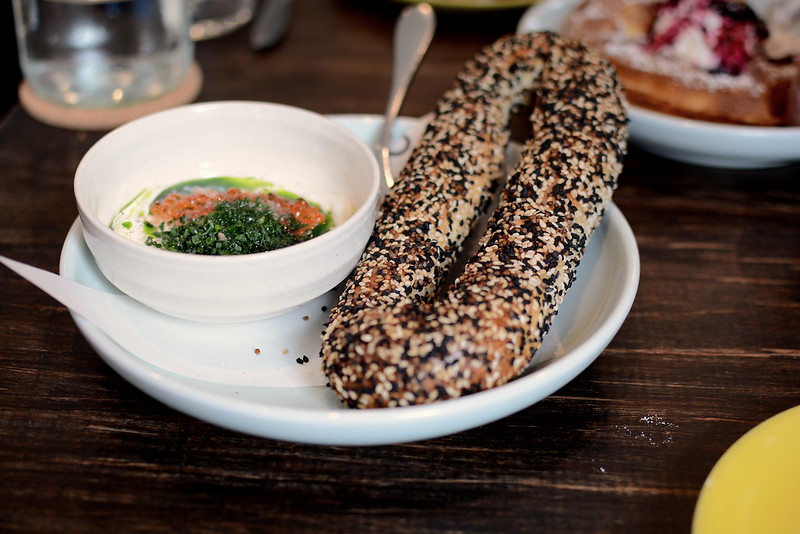 Also fantastic was the Jerusalem bagel ($17) served with a dish of lebni, prettied with smoked salmon roe, dill, and chives. The sesame seed-crusted bagel boasted a fantastically toasty texture, while the dip alongside was a cool complement. 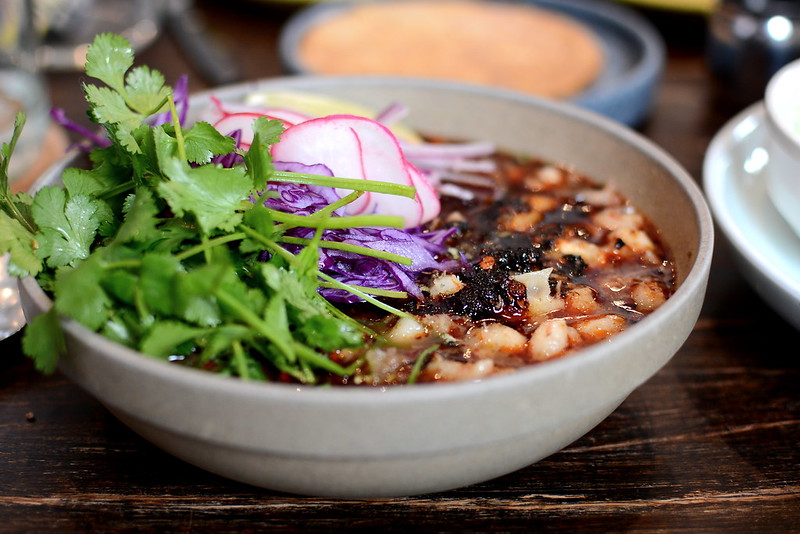 By the time the menudo ($21) hit the table, gastro real estate was at a minimum. I enjoyed the bulk of this dish later in the evening for dinner, warmed by the beefy broth, hominy, tripe, and salsa negra. 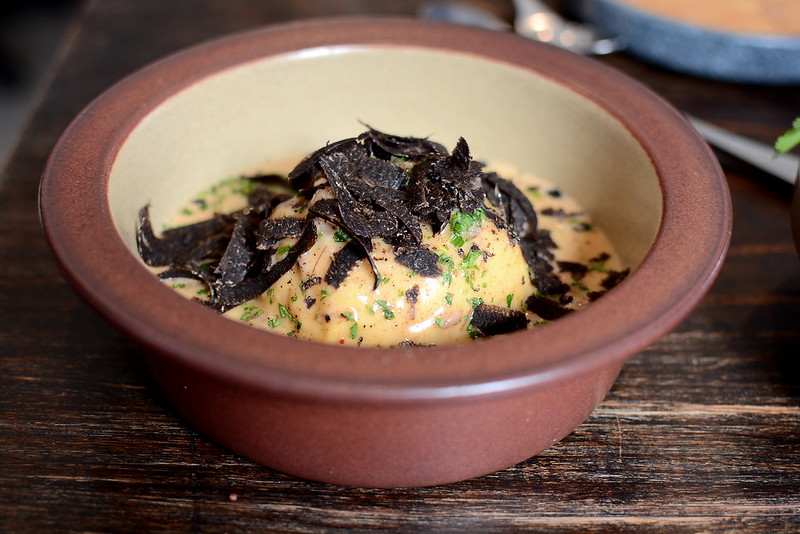 Finally, a buttermilk biscuit doused in a spicy and smoky beef gravy with a flourish of winter black truffles ($13). It was hearty, sweet, and satisfying from top to bottom.

Here’s Looking At You served up the most creative brunch that I have experienced in a long, long time. I truly appreciated how each dish was far more interesting than it needed to be, going above and beyond the brunch-time status quo. Hats off, HLAY, hats off.