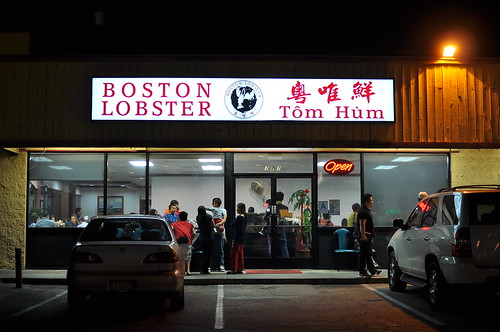 If imitation truly is the sincerest form of flattery, than the folks at Newport Tan Cang Seafood must be absolutely tickled about the opening of Boston Lobster.

While the restaurant’s name might lead one to expect lobster rolls served on split top buns and towers of gloriously fresh oysters, the focus here is seafood prepared with a Vietnamese-Chinese bent. From what I hear through the grapevine, a former cook from Newport opened the restaurant, hence the similar bill of fare. 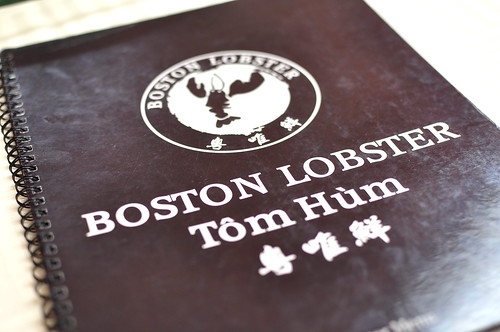 The Astronomer and I, along with the Astronomer’s fabulous sister Rosalind, dropped in for dinner on a recent Friday night. While the wait at nearby Newport would’ve been painfully long, we were seated straightaway at the peak of dinner hour. Score one for Boston Lobster. 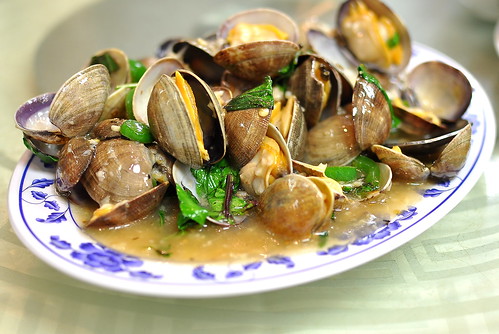 To compare apples to apples, we selected a slew of dishes that we would normally order at Newport. The clams with Thai basil ($11.95) were just as good as their Newport counterparts, brilliantly briny and fragrant from plenty of fresh herbs and garlic. 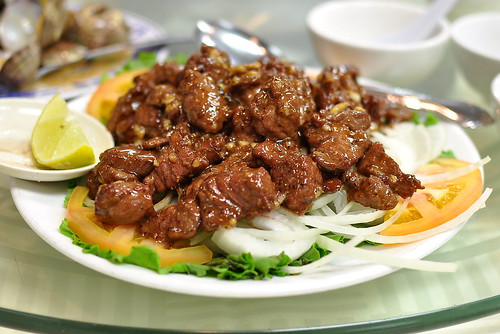 The bo luc lac ($12.95), tender cubes of steak marinated in salt, pepper, and garlic, delighted us as well. While The Astronomer preferred his “shaking beef” taken straight, I quite liked dipping mine in fresh lime juice with salt and pepper—a classic Vietnamese accompaniment. We both agreed that this dish was comparable to Newport’s version as well. 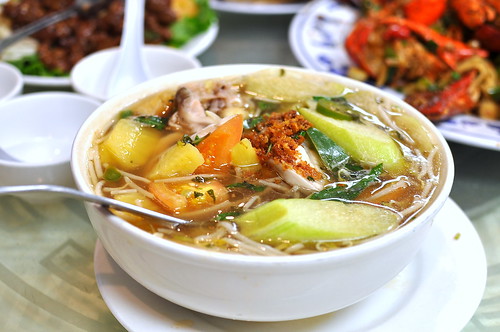 Next up was the canh chua ca ($11.95), a Vietnamese “sour soup” with a tangy broth brimming with catfish, pineapples, tomatoes, bean sprouts, and my favorite, upright elephant ears. We ate this with steamed white rice and found the seasonings balanced just right. 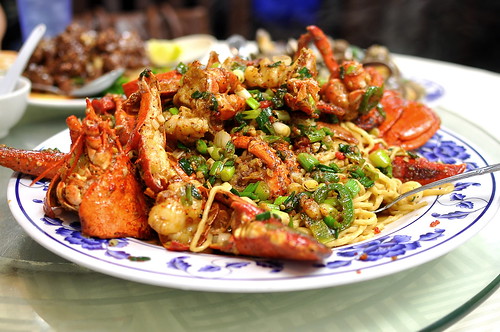 The pièce de résistance was the “Boston House Special Lobster.” Priced at $15.95 per pound, this four and a quarter pound beast of the sea rang in at $67.79. We added on a bed of garlicky noodles for an additional $5.

It must be noted that while the original Newport in Santa Ana offers noodles with the lobster, the San Gabriel outlet does not. 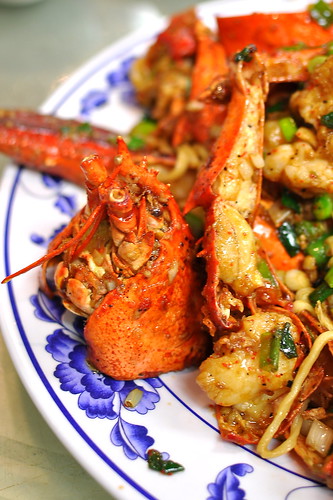 Fried in jalapeños, scallions, and garlic, the lobster soaked up the savory seasonings fantastically. Quite possibly even better were the noodles, tangled in ruby red roe and heaps of aromatics. Taken together…finger lickin’ magnificent. As a certifiable noodle fiend, I declare Boston Lobster the winner of this round.

When you’re in the mood for Newport noms minus the staggering waits, head to Boston Lobster for a low-key alternative. The dining room isn’t nearly as pretty, but the food is just as solid.