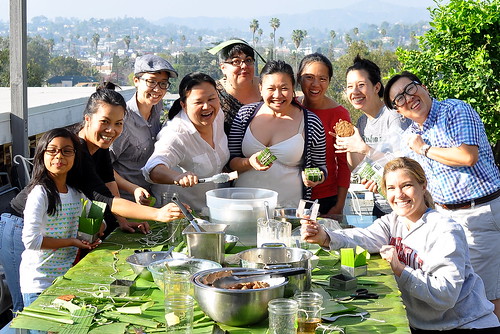 For the third year running, Chef Diep Tran spearheaded a bánh chưng making get-together in preparation for the Lunar New Year. What began as a cultural and culinary experiment of sorts, has become a beloved tradition that I eagerly anticipate each year. 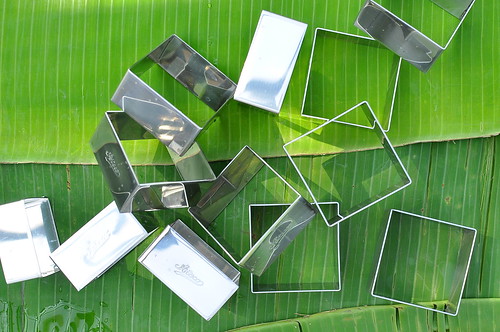 Since our initial foray into bánh chưng making, Diep has continued to refine our ingredients and techniques. One element that has remained unchanged over time is the size and shape of the bánh chưng. The smaller parcels make for shorter cook times (and unparalleled adorableness). 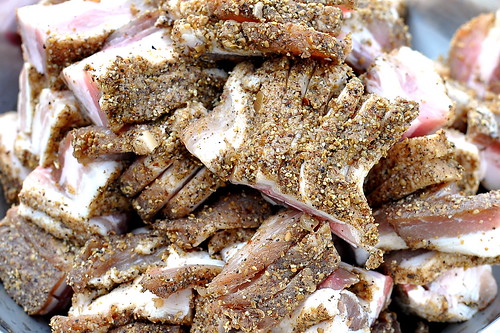 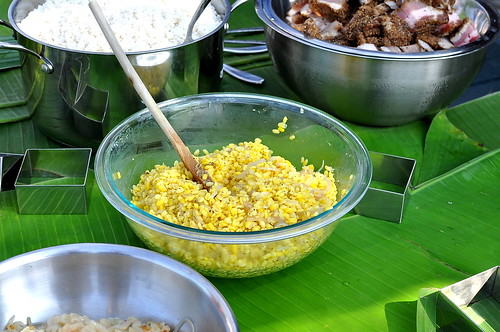 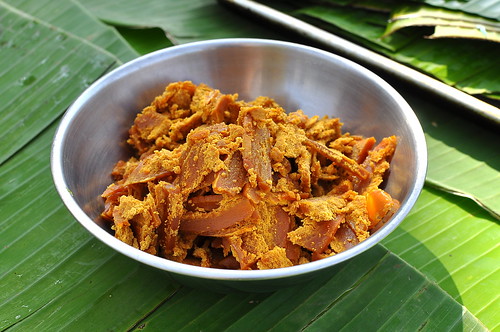 For the sweet bánh chưng, we paired fresh Singaporean palm sugar with luscious coconut cream. The complexity of the palm sugar was incredible. 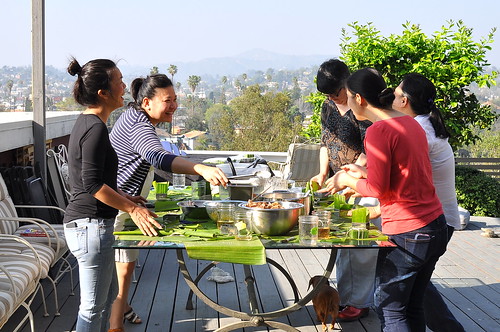 With our mise properly en place, it was time to assemble the bánh chưng! 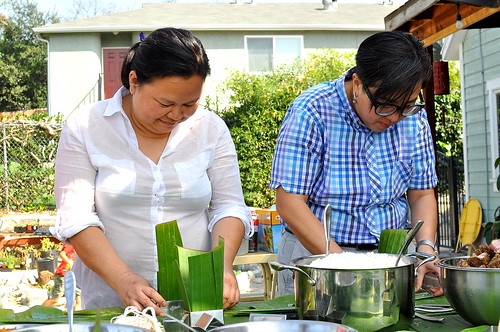 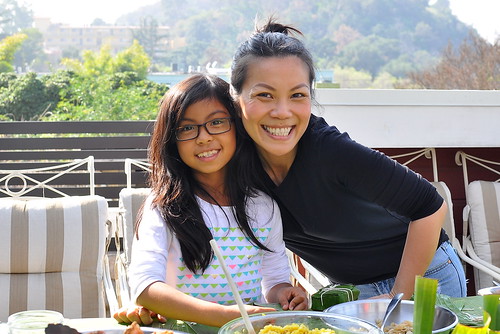 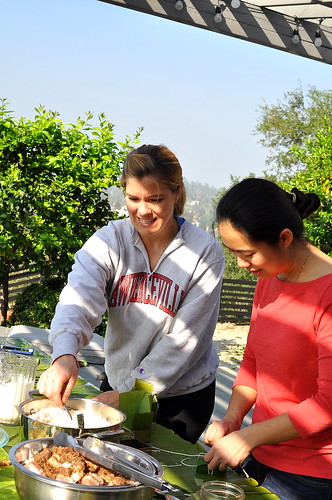 Sarah and Cecelia…as well as Tien, Felicia, and Minh, whom I failed to get action shots of. 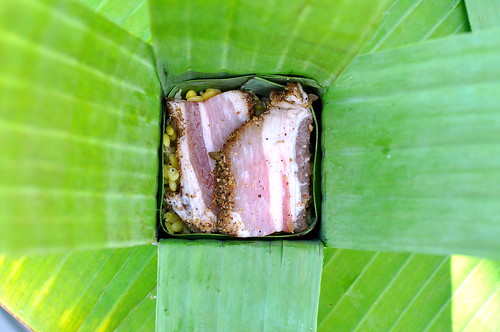 The savory bánh chưng were comprised of a glutinous rice base, followed by a layer of the shallot and mung bean mixture, and then a few pieces of pork. 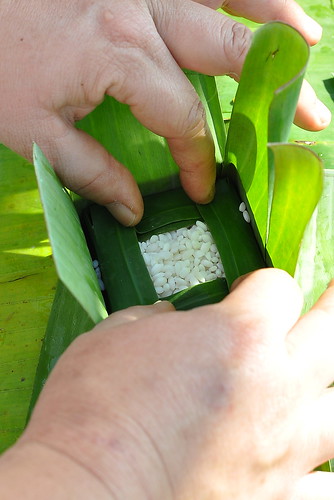 After finishing the bánh chưng with an additional layer of glutinous rice, we carefully folded them up with string. 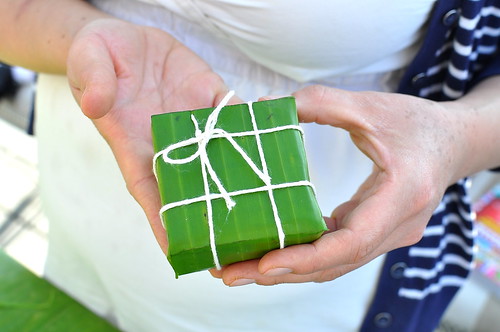 One of Minh’s beauteous bánh chưng. 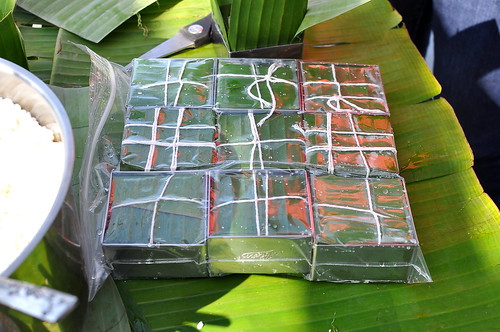 Next, we readied the bánh chưng for cooking by tightly sealing them together in a Ziploc bag. 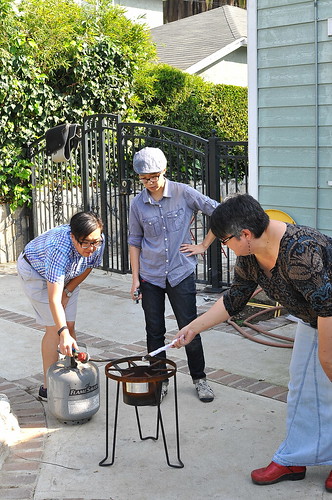 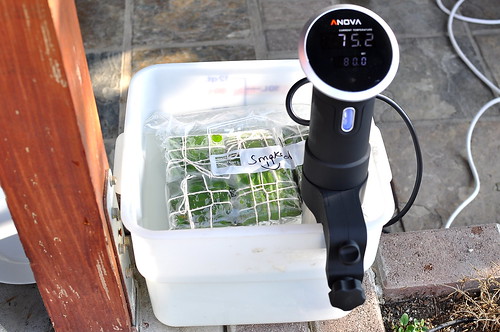 …while the rest were given the modernist treatment, cooked sous vide at 75 degrees C.

Unfortunately, I had to depart before the bánh chưng were ready for consumption (Little June needed to eat!), but from what my friends tell me, both versions turned out excellent.

Here’s to a happy, healthy, and prosperous Year of the Goat. Chúc mừng năm mới!