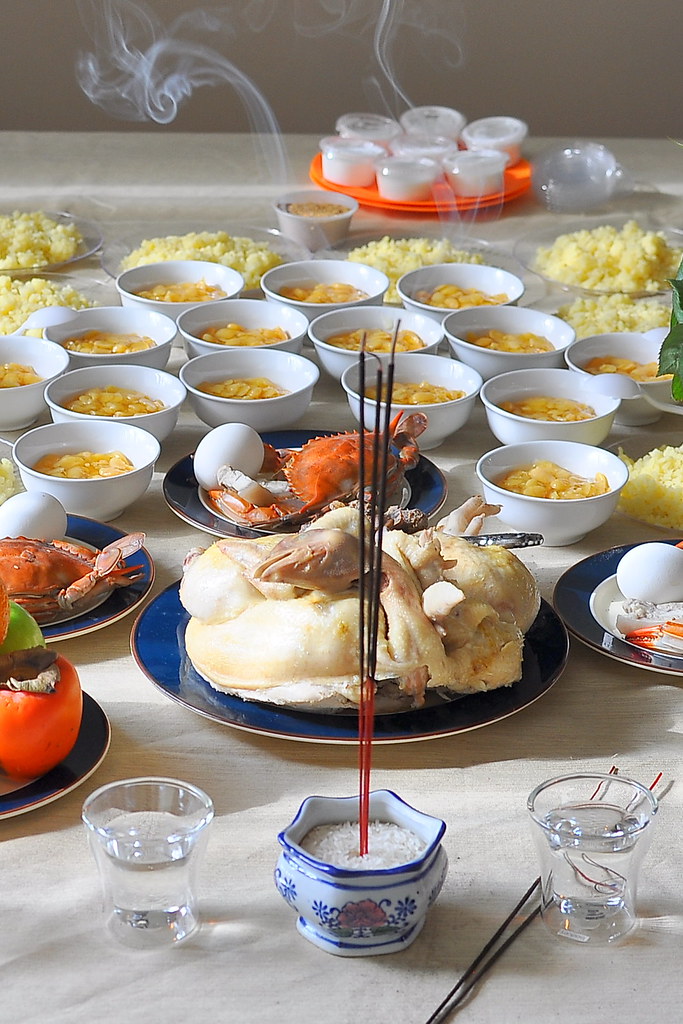 While pregnant with Baby June, I spent many afternoons listening to my grandmother recall various myths and traditions regarding motherhood and babies within Vietnamese culture. Ba Ngoai has personally experienced nine pregnancies in her lifetime, so she knows a thing or two about the subject. While some Vietnamese postpartum rituals are rarely practiced in the U.S., others remain quite common.

For me, the custom of staying indoors and “roasting” by a fire (nam lua) for an entire month after giving birth seemed impractical (and a bit nuts), but baby’s one month anniversary (ngay day thang) seemed an important milestone to recognize. 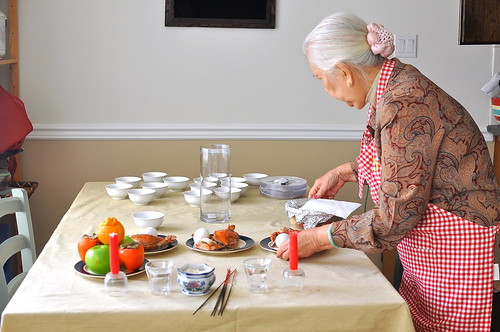 From what I gather from my family (and from scouring the Internet), the purpose of ngay day thang is to prepare a feast for the mười hai bà mụ (twelve midwives). According to Vietnamese mythology and folk religion, these twelve “fairies” teach babies various prosperous traits and skills such as sucking and smiling. 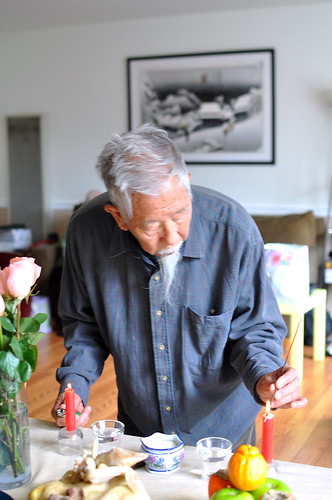 My grandparents, along with my mother and great aunt, traveled from San Diego to assist with day thang preparations. 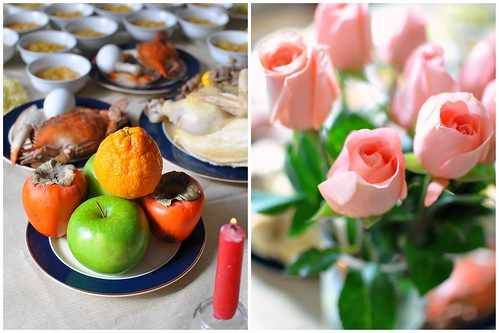 As with most Vietnamese celebrations, this one revolved around very specific foods. Both my mother and grandmother were unclear on the significance of each dish, since the tradition had been passed on from generation to generation without much explanation. [This Vietnamese Wikipedia entry provides some insights about the offerings.] 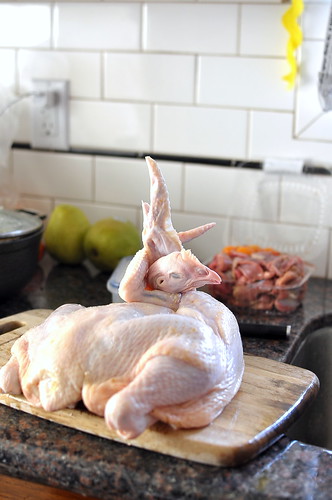 A chicken, with its head and feet still attached, was the centerpiece of the spread. 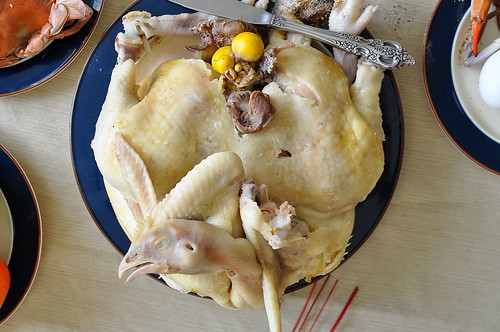 My grandma boiled the bird, along with its giblets, before setting it on the “altar” just so. Following the ceremony, she made chao (porridge) using the stock and two different goi (salads) from the chicken. 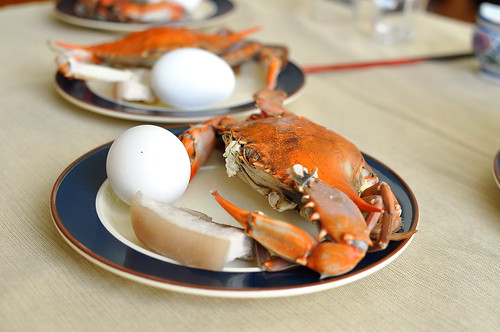 Another important component of the feast were three crabs, three pieces of pork belly, and three hard boiled eggs. 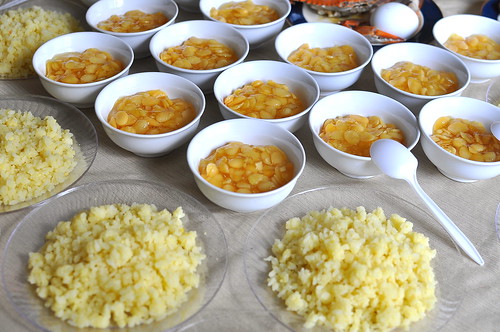 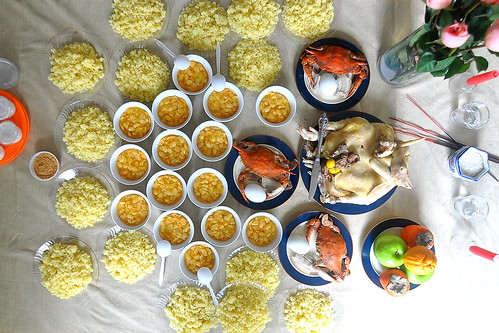 A birds eye view of the entire feast. I hope that the mười hai bà mụ appreciated our collective efforts! 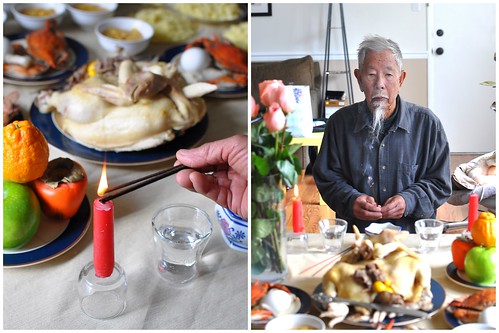 Before digging into the bounty, Ong Ngoai burned incense and said a prayer for Baby June. 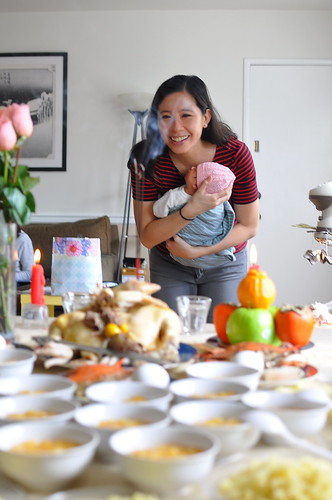 Baby June showed her respects by bowing at the altar along with me. 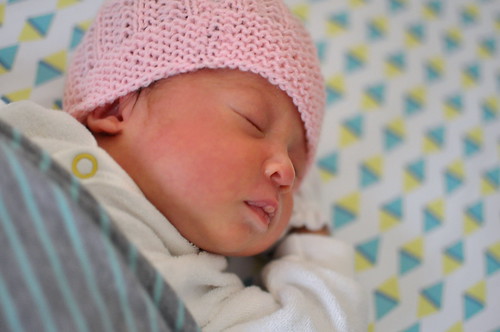 It’s all about food and family: