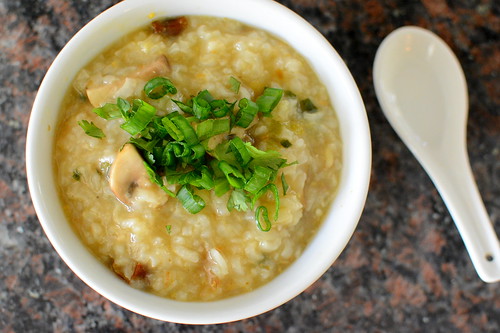 I called dibs on the fish carcass following our baked catfish feast at Phong Dinh. While little was left of the fish’s flesh, I saw great potential in the remaining bones. Namely, an opportunity to transform what would have been waste into one of the most comforting dishes ever: cháo cá (Vietnamese fish porridge).

To start, I made a light stock using the bones along with fresh ginger, scallions, and cilantro. According to Mom, the aromatics are essential for balancing the fish’s intrinsically “fishy” flavor and aroma. Next, I added rice to the broth and let it simmer for the better part of an hour. Once the rice was fully bloomed, thickening the porridge just so, sautéed fish and mushrooms were added in. Chopped cilantro and scallions topped each bowl to finish.

Even though cháo cá  is essentially made with kitchen scraps, the flavor coaxed from the humble ingredients is rounded and rich. It’s hard not to feel utterly satisfied after finishing a bowl of this soulful porridge. 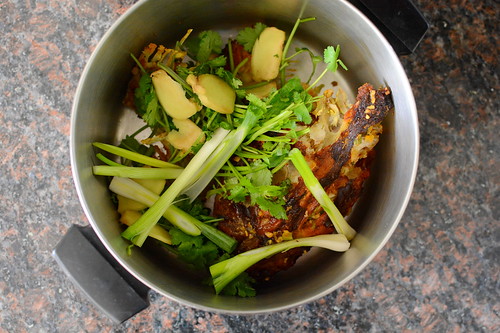 In a large stock pot, combine 4 quarts of water, fish carcass, cilantro (stems only), ginger, and half of the scallions (white part only, halved lengthwise). Bring to a boil, then simmer for 30 minutes on low heat. 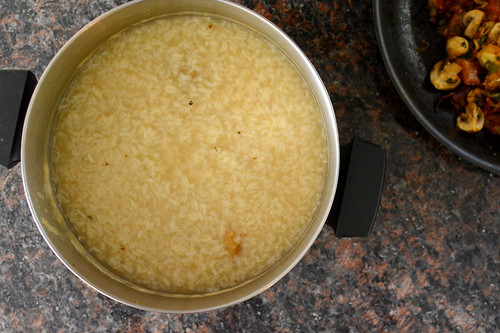 Over medium-low heat, return the broth to the stove and add in rice. Simmer until desired thickness has been achieved, approximately 45 minutes to 1 hour. 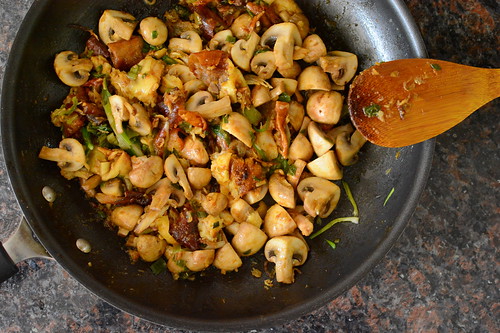 Heat the vegetable oil in a saute pan over medium heat. Add the remaining scallion whites, mushrooms, and fish, and saute until the mushrooms are fully cooked. Season to taste with fish sauce, salt, and chili powder (if using). 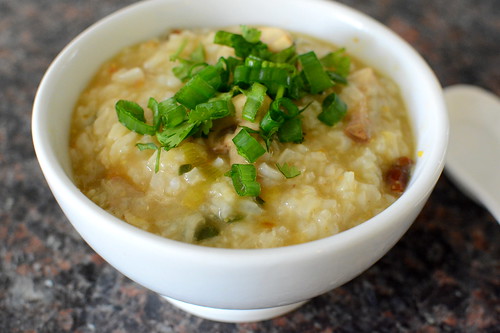 Add the fish mixture to the porridge and serve immediately. Garnish with chopped cilantro leaves and thinly sliced scallion greens.