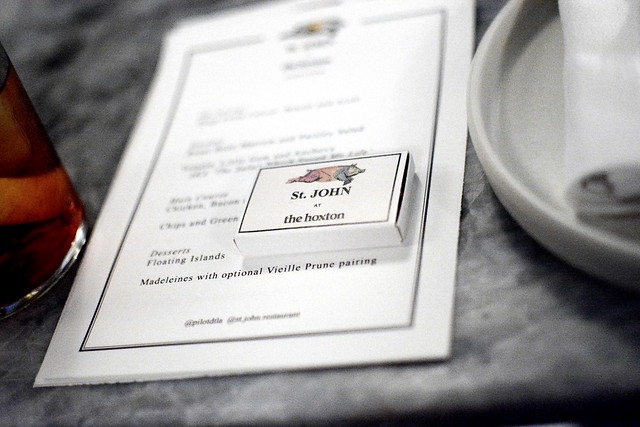 My unanticipated last supper before sheltering in place was a pop-up at The Hoxton starring St. John, the legendary London restaurant. In the days following the event, LA’s mayor cautioned against dining inside restaurants before shutting down dining rooms across the city altogether. I don’t know when normalcy will return, but as far as final feasts go, this was one for the books. 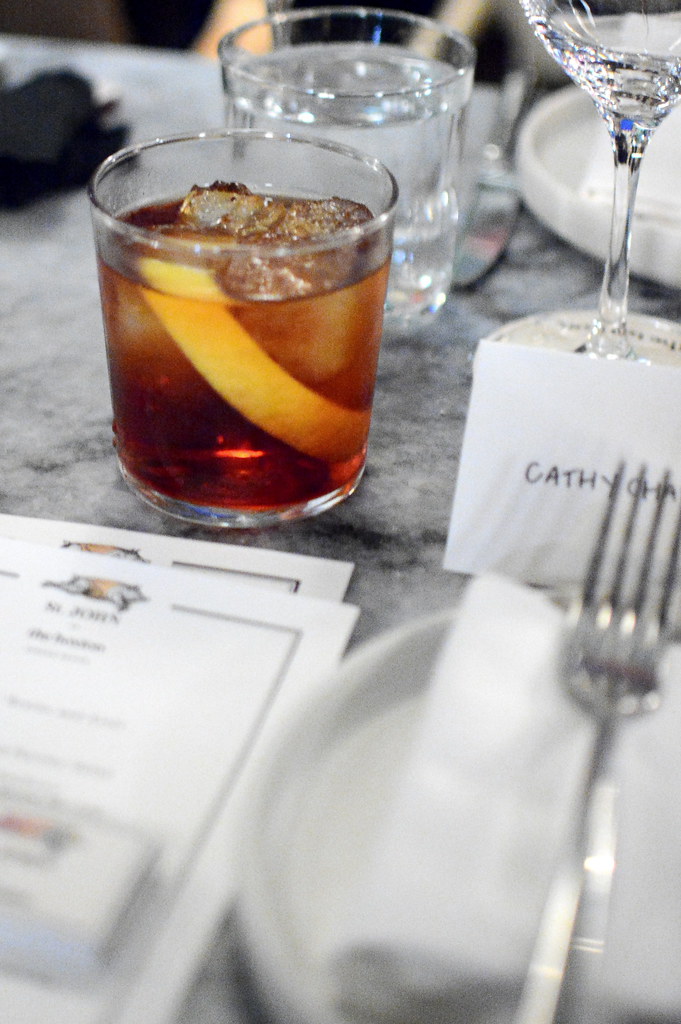 Hosted by Fergus Henderson and Trevor Gulliver, the five-course dinner featured dishes from their newly released The Book of St. John. Before sitting down to sup, we snacked on deep-fried calves’ brains paired with an intensely garlicky aioli and sipped a Fergroni (a.k.a. Negroni as it should be). 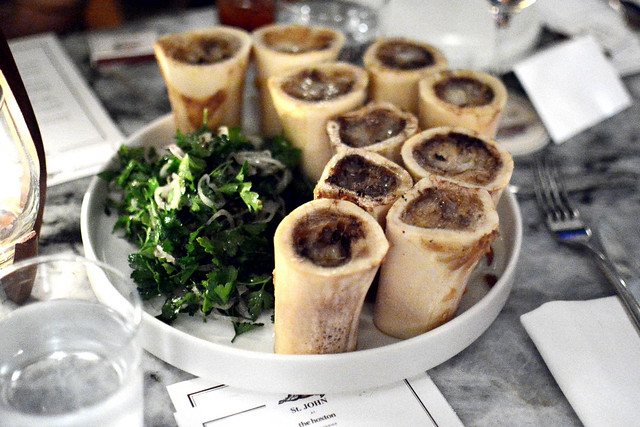 I had the distinct pleasure of dining at St. John in 2012 and remember the roast bone marrow with parsley salad fondly. It was wonderful to be reunited with this iconic dish on my home turf. 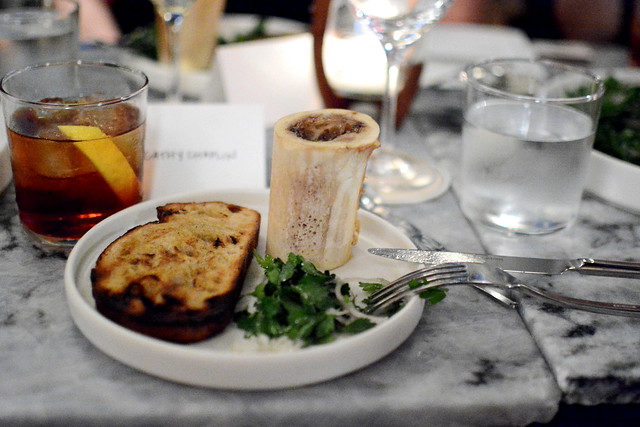 You’d be proud to know that I polished off two of the bones and didn’t leave a trace of marrow behind. 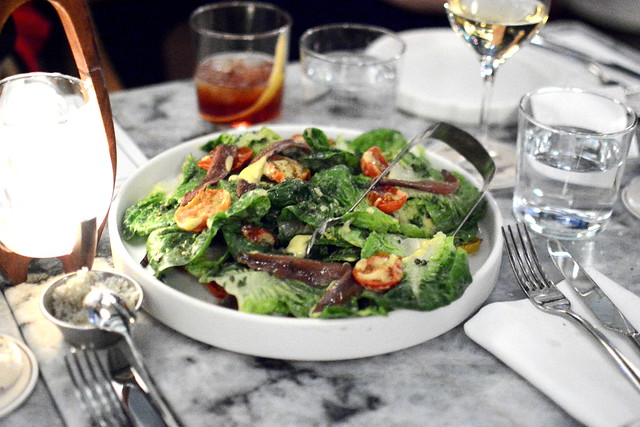 The salad that followed included oven-roasted tomatoes, little gems, and many filets of anchovy dressed in a simple vinaigrette made with mustard, lemon juice, and garlic. 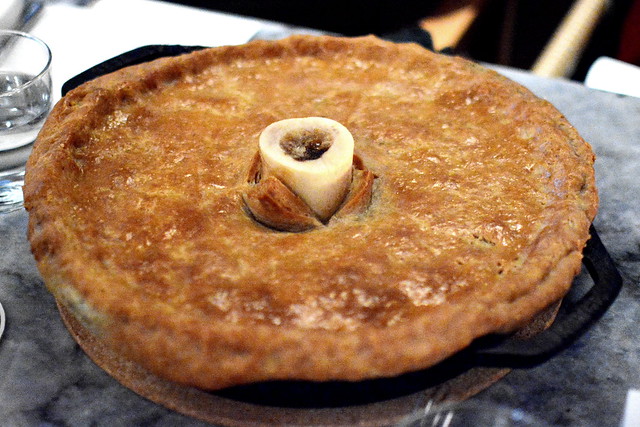 The main course was an enormous pie filled with chicken, bacon, and trotters in a tender and flaky suet crust. I dished up the pie for the table at the insistence of Trevor Gulliver—it turns out I don’t mind being bossed about in a British accent. 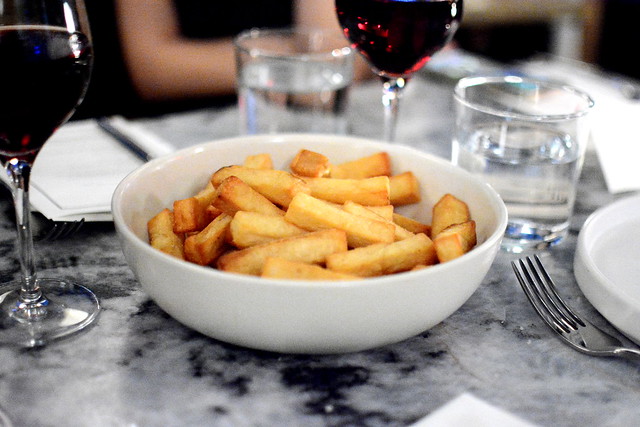 Served alongside the hefty pie were chips… 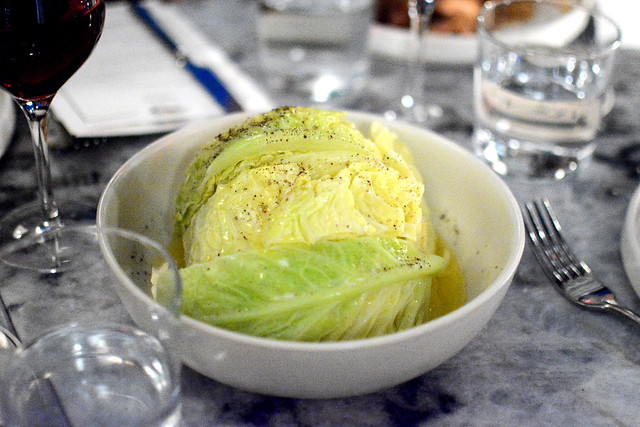 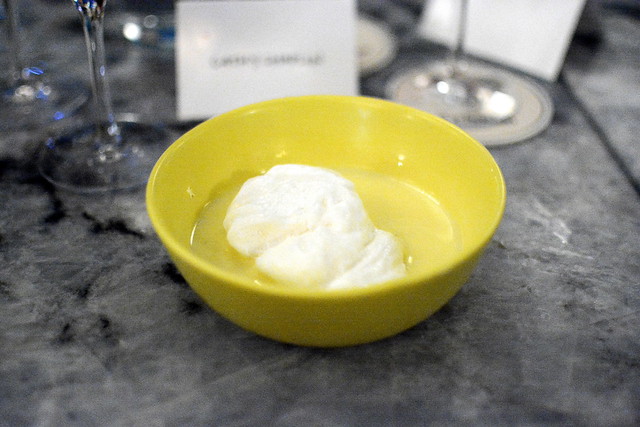 For dessert, dollops of light-as-can-be meringues in a sweet vanilla custard. According to The Book of St. John, Floating Islands was the first dish Fergus ever cooked from a book, when he was seven years old. 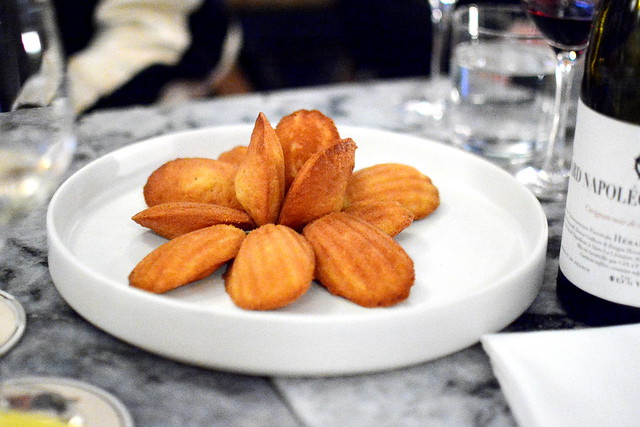 And finally, warm-from-the-oven madeleines served with La Vieille Prune. Trevor Gulliver insisted that the table dip the madeleines in the French plum wine, and once more, I did what I was told. It was as delightful as he promised.