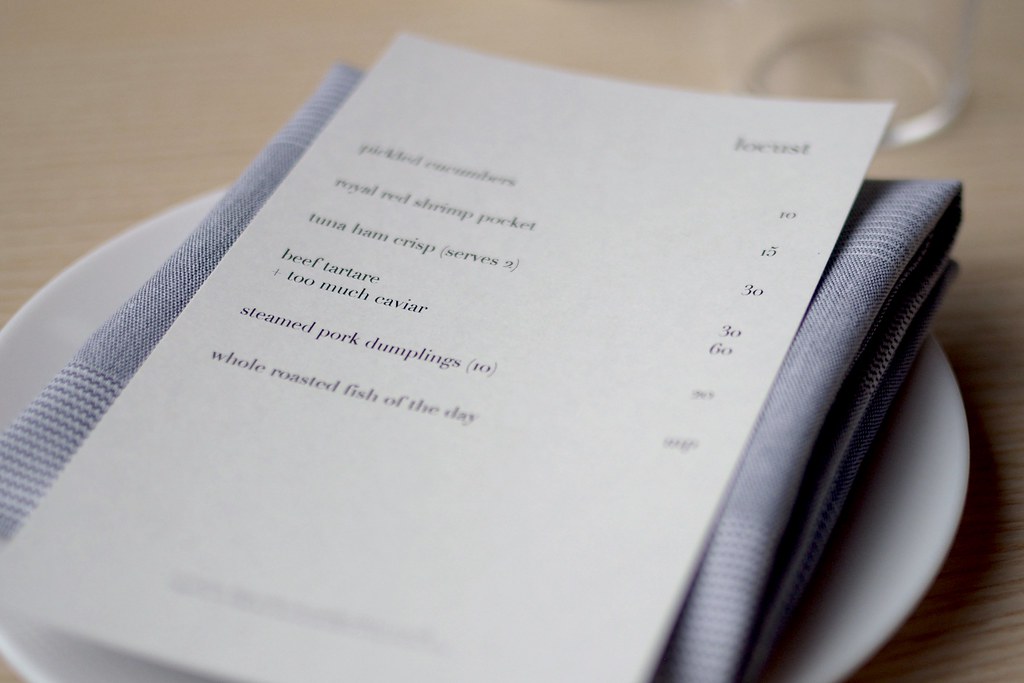 I can’t even begin to tell you how long I hemmed and hawed before booking a table at Locust in Nashville. As you can imagine, traveling to the South to eat Asian-leaning food cooked by an Irishman gave me some pause. But after reading more about the chef and the concept, I took a gamble and it paid off in spades. Locust was spectacular. 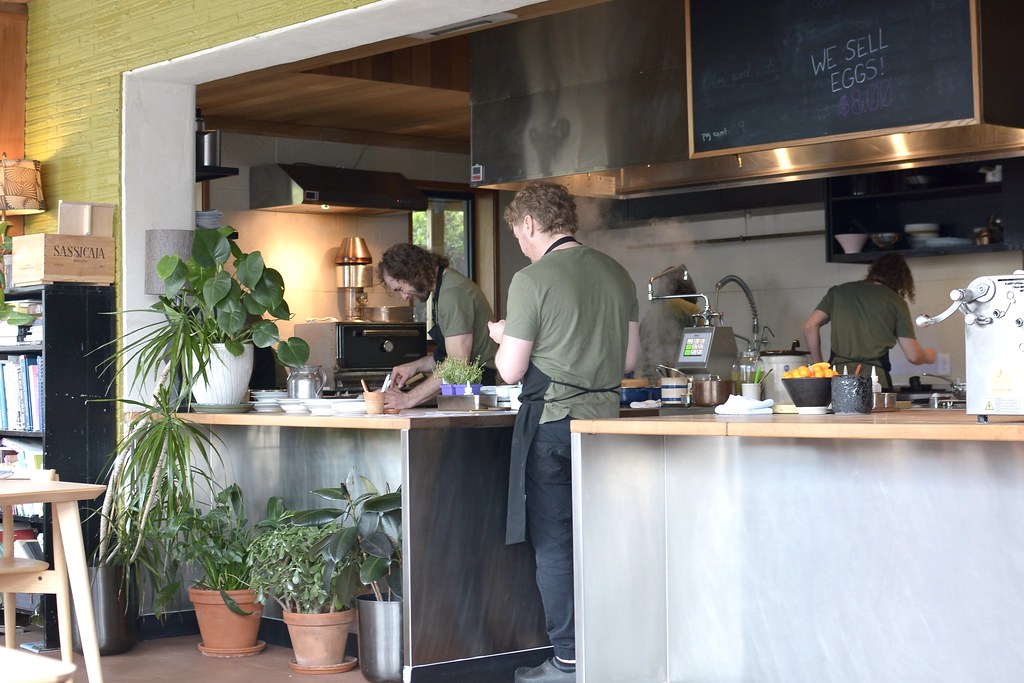 Behind the stoves is chef Trevor Moran who spent four years cooking at Noma in Copenhagen before running the kitchen at The Catbird Seat in Nashville. He opened Locust in 2020 during the height of the pandemic. 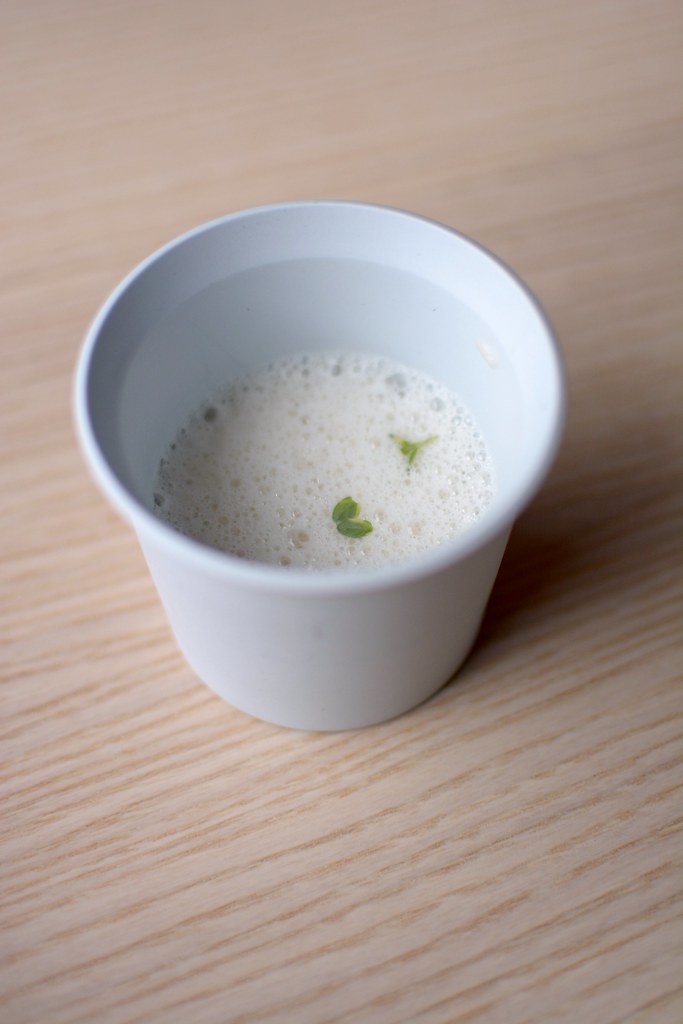 The vibe at Locust was wonderfully chill considering the fine dining chops in the kitchen. Warm mugs of sourdough soup, complete with a crouton that sunk to the bottom of the vessel, greeted us on an unseasonably cold spring day in Nashville. 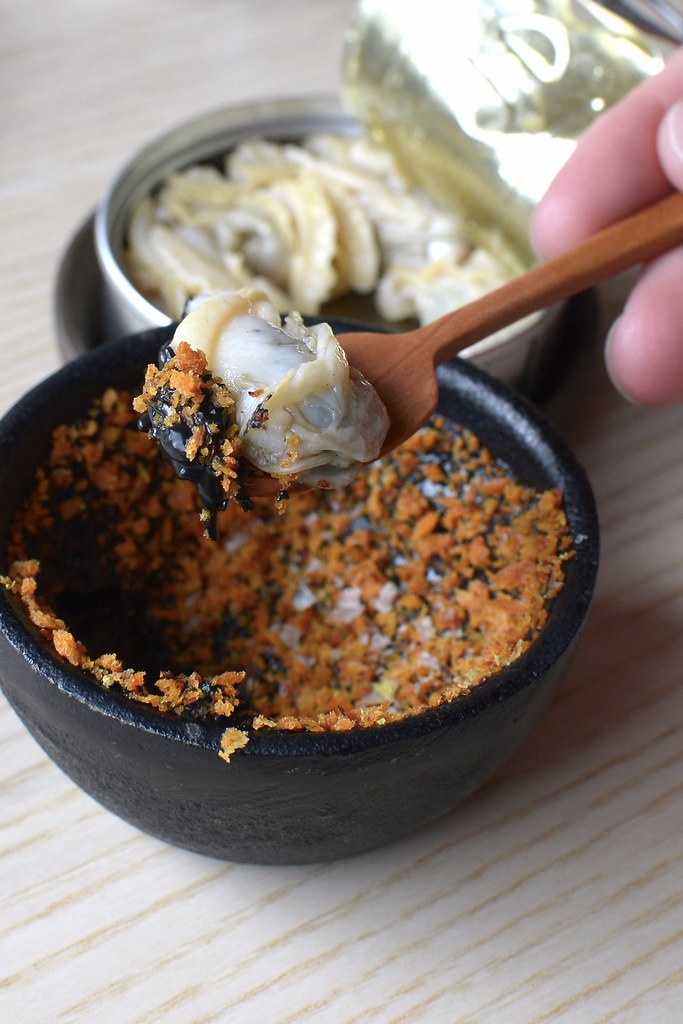 With just six dishes and two specials, the succinct menu made it easy to order. Lunch started off with the house-canned clams served with a black garlic olive oil mayonnaise, one of the daily specials. 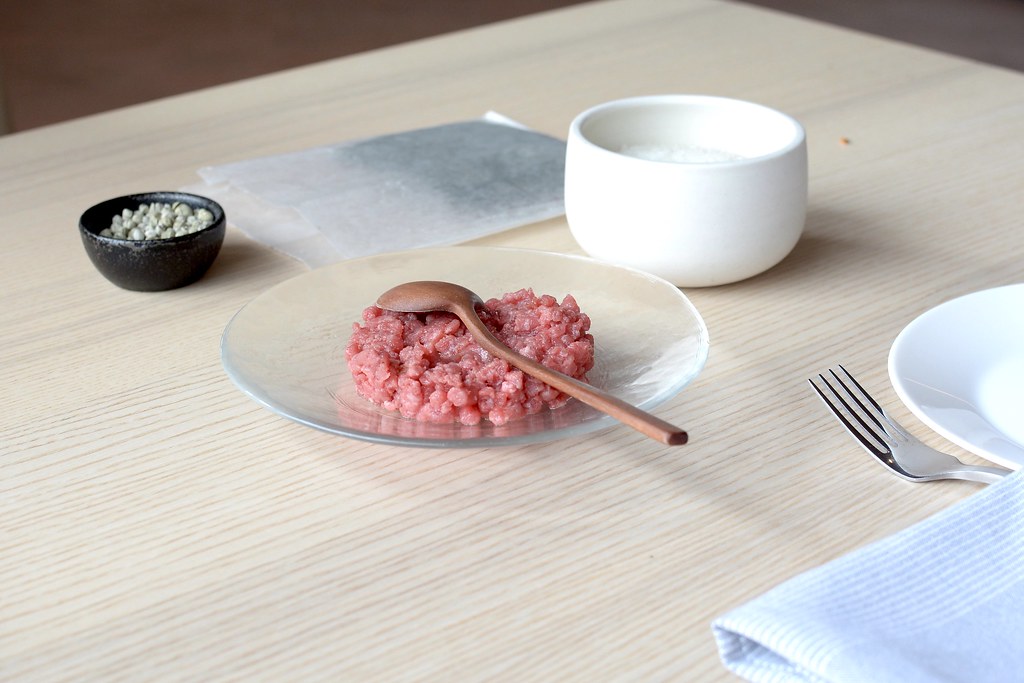 Next up was the beef tartare ($30). Served alongside the platter of raw beef was a wax envelope of nori, a dish of freeze-dried capers, and a bowl of marinated rice resting on a puddle of horseradish cream. 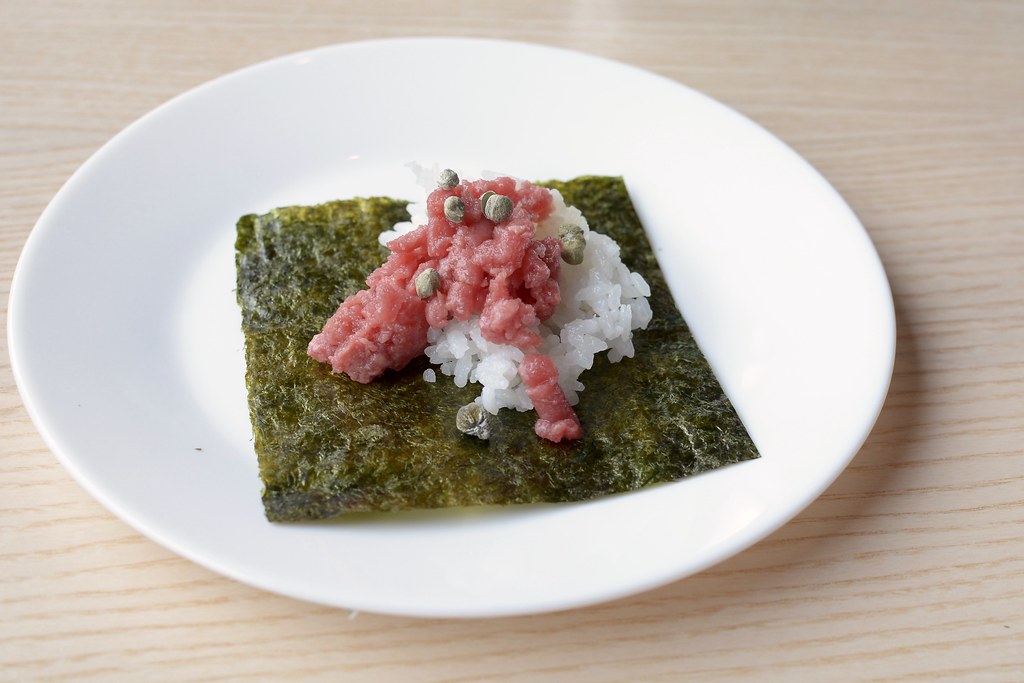 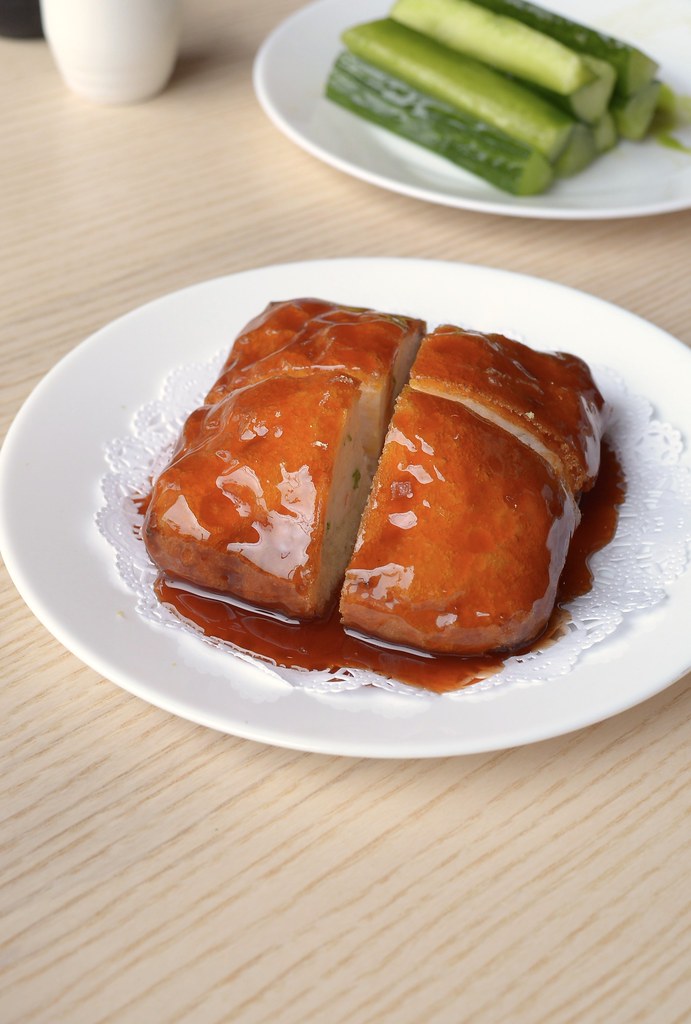 The Royal Red Shrimp pocket ($15) arrived next, along with the pickled cucumbers ($10). Moran’s take on shrimp toast consisted of shrimp paste tucked into a crispy dough parcel. The entire thing was deep-fried and doused in a sticky-sweet sauce reminiscent of Chinese American food. 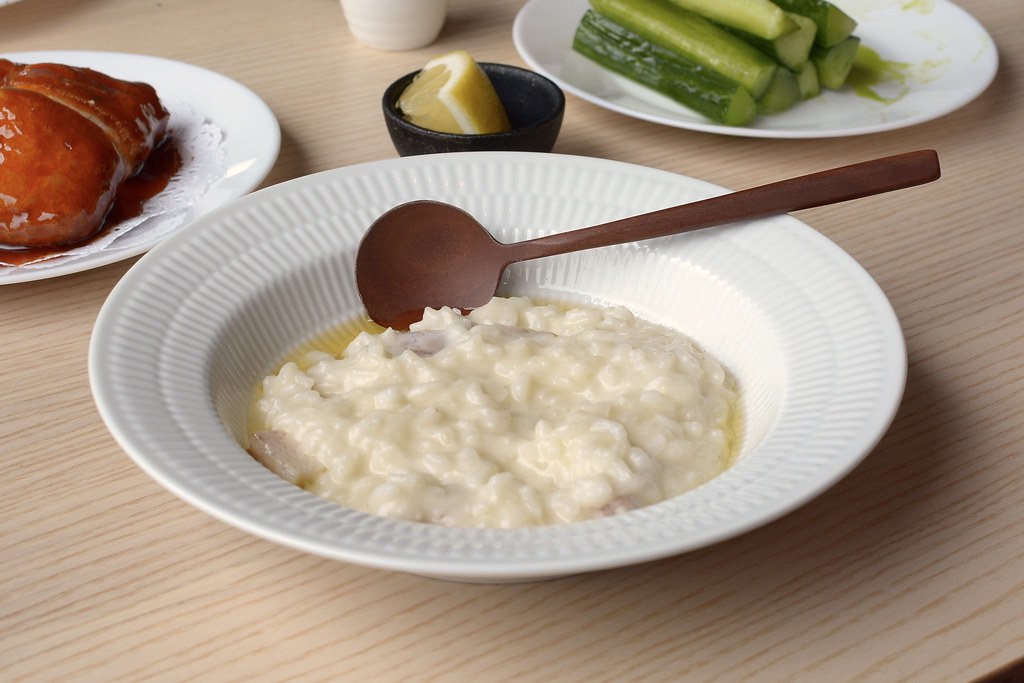 My favorite dish was the eel risotto, another one of Locust’s daily specials, which was creamy, comforting, and delightfully different. 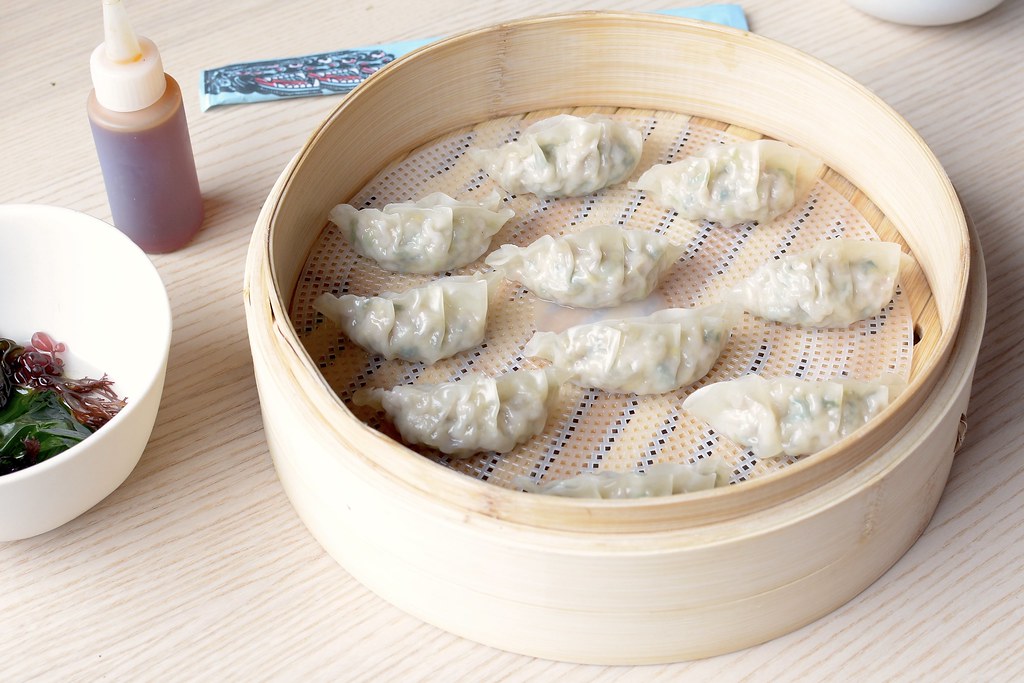 Locust is best known for its pork dumplings, which are served with an incredible seaweed-heavy vinegar and a squirt bottle of chile oil. 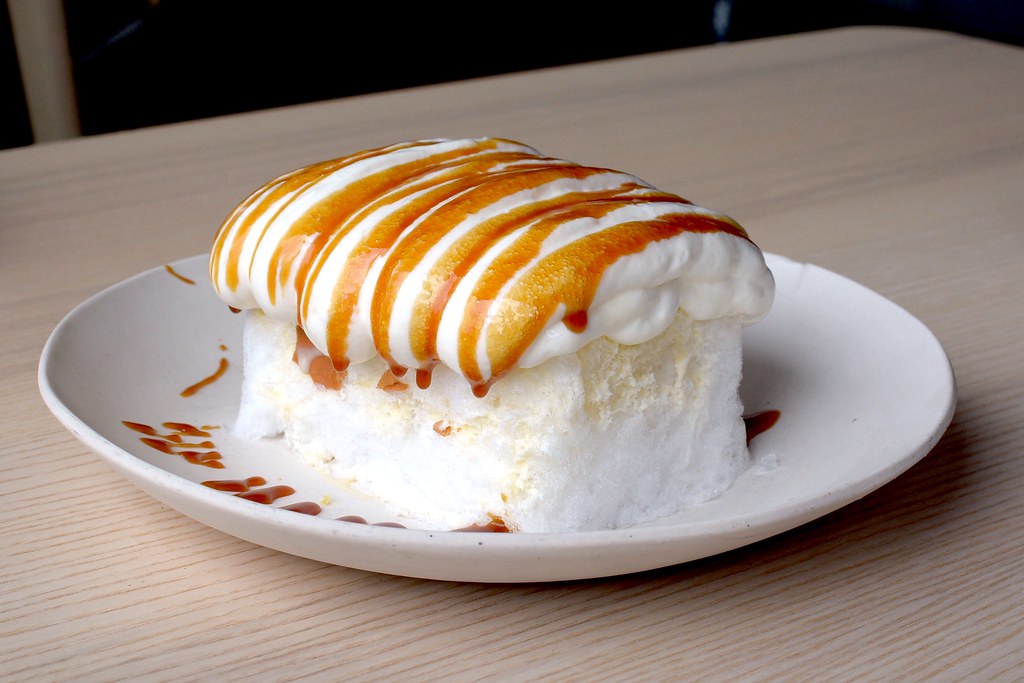 To finish, a most incredible kakigori ($12) served with a drizzle of salted caramel. Hidden inside the fluffy ice was a tart passion fruit filling that took us all by surprise. 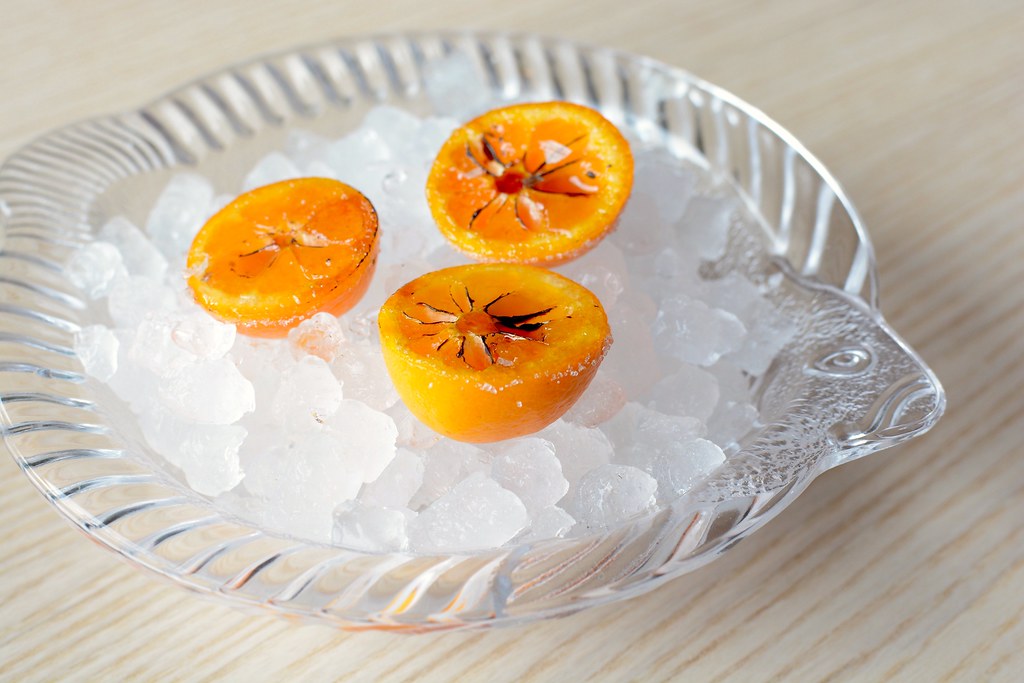 Bruleed kumquats arrived with our bill.