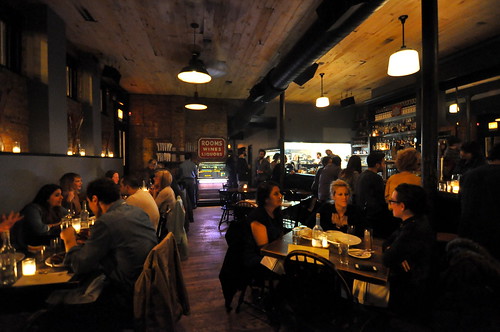 If I had to pick a favorite meal from this trip to Chicago, top honors would go to Chef Jared Wentworth’s Longman & Eagle. It’s a whiskey bar that happens to have really good fucking food. What more could I ask for? 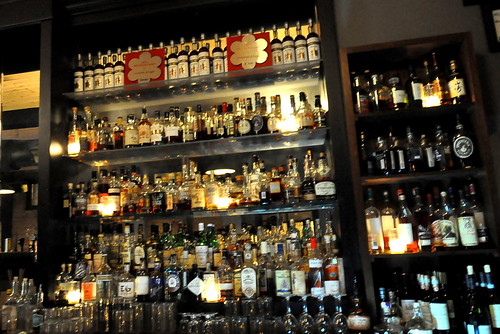 Recipient of a Michelin star for four straight years and counting (2011 to 2014), Longman & Eagle is my kind of place.

The food is creative and delightful, while the mood is perfectly chill. Best of all, the fare is more than fairly priced. It’s impossible not to fall hard for L&E’s charms, especially with a few $3 whiskies working their way through one’s system. 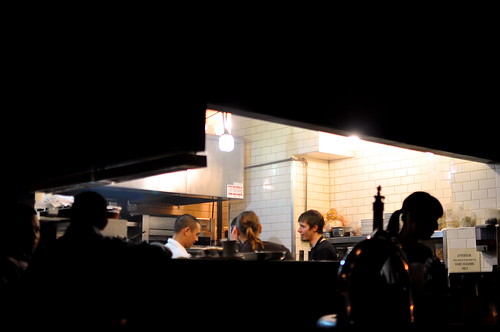 Behind the stoves are Executive Chef and Partner Jared Wentworth and Chef de Cuisine Matthew Kerney. The forward food is sometimes dreamed up while under the influence:

I think smoking a little weed makes the creative process better, especially for food. But it’s all based in classical French techniques, and then I start putting twists on things from there. – Jared Wentworth 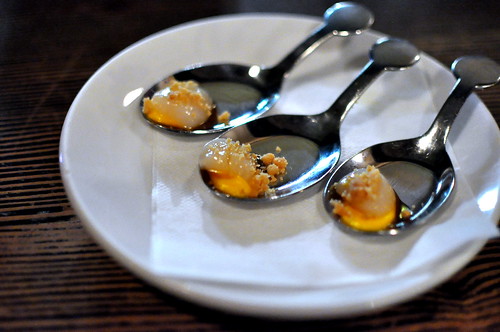 Joining The Astronomer and me for supper this evening was our super friend Esi. We ordered a lot of food and shared everything.

To start, the kitchen sent out an amuse bouche consisting of a single baby scallop with cardamom and crunch. Yum. 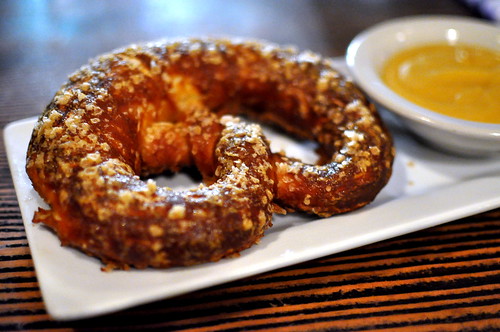 From the “Bar Snacks” section of the menu, I chose the pretzel with welsh rarebit ($7). While the beer-heavy welsh rarebit was too hoppy for me—I still haven’t developed a taste for brewskis, unfortunately—the warm-from-the-oven pretzel was just my speed. 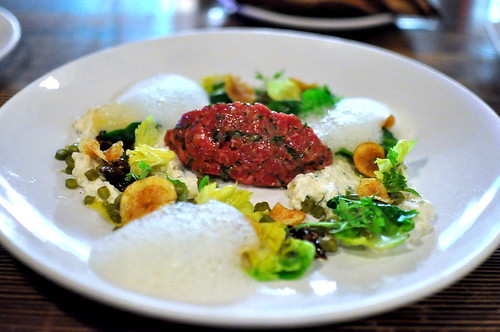 I can never resist ordering a meaty tartare, so the Slagel Family Farm lamb tartare ($18) was inevitable.

Sharing real estate with the mildly flavored and seasoned lamb was a “15 minute” quail egg, pickled haricot vert, Brussels sprout leaves, celeriac remoulade, micro celery, olive oil, and mustard foam. The flavor profile was completely classic, while the composition took a modern turn. It’s been a while since I’ve encountered foam on a plate! 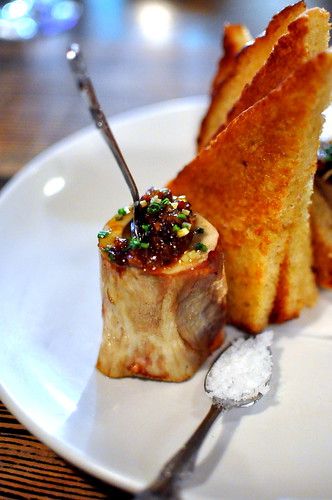 The Astronomer insisted on the thoroughly delicious roasted marrow bones with bacon shallot jam and preserved Meyer lemon ($14). Sea salt and sourdough toast were served alongside. 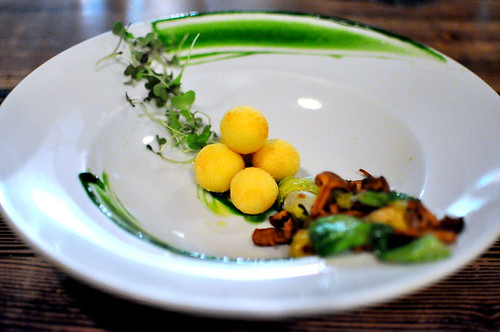 Our final “small plate” was the ricotta gnudi with savory puree, Brussels sprouts, and Chanterelle mushrooms ($12). The airy gnudi, unexpectedly crisp and golden, were easily the highlight. 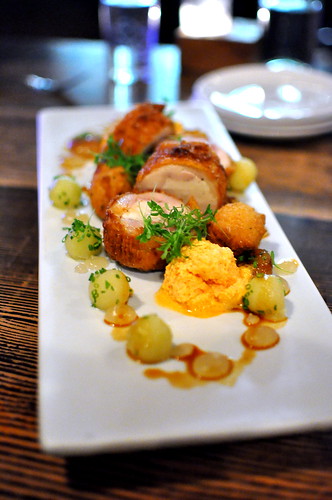 The dish was a busy and bitchin’ terrain brimming with wild flavors and textures—I loved every crazy bite! 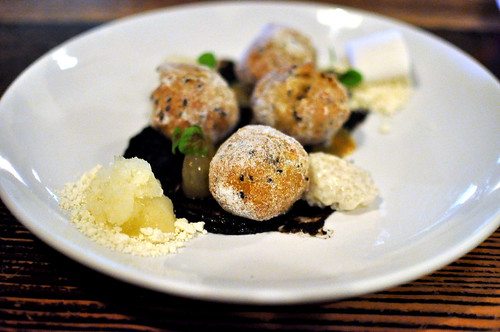 To finish, a duo of outrageously creative and tasty desserts from Pastry Chef Jeremy Brutzkus.

The black sesame doughnuts ($9), served warm from the fryer, were accompanied by a bevy of tropical accouterments including coconut tapioca, black sesame puree, powdered coconut, lime, and coriander, a lime and palm sugar granita, and a coconut sorbet. Every bite was well balanced and a little different from the last. 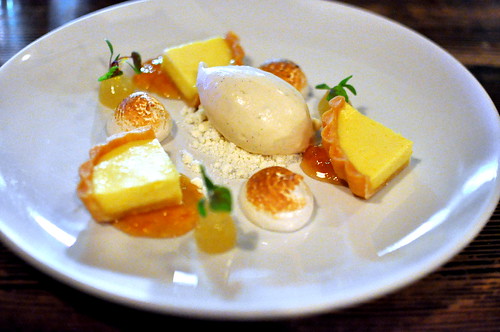 Longman & Eagle: Michelin-starred food and service without a trace of pretense. Come one, come all. But be prepared to wait.