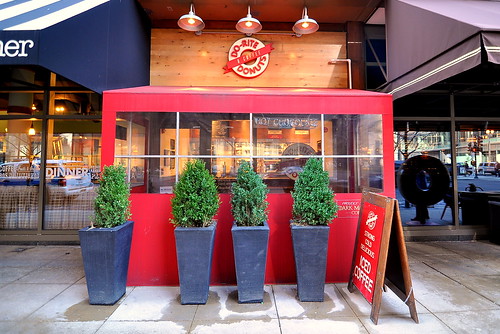 Another day, another doughnut. Such is life while visiting Chicago! My third and final deep-fried adventure took me to Do-Rite Donuts, a chef-driven concept opened in early 2012 by Jeff Mahin and Francis Brennan. 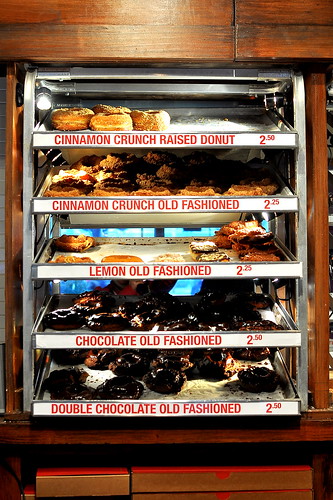 Do-Rite serves up to twelve varieties of doughnuts every day using premium and seasonal ingredients. As a bonus, the kitchen is supposedly equipped with only two small fryers, which means that the chances of receiving a warm doughnut on each visit are very good.

We stopped in one afternoon to a limited selection and not-so-warm doughnuts, unfortunately. 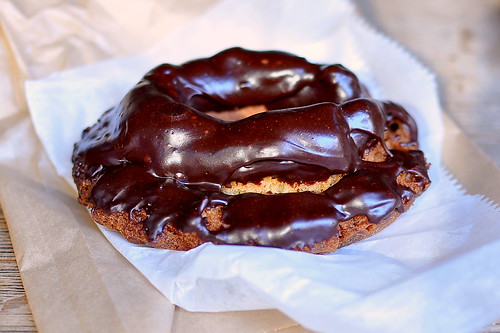 From the varieties on hand, we selected three of Do-Rite’s signature buttermilk old fashioneds. The doughnut’s unique “flowering” effect is achieved by flipping the dough three times during deep frying. 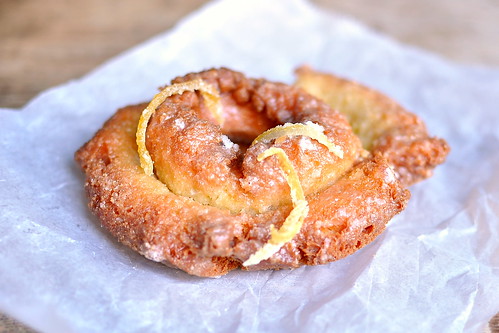 …the second, a lemon old fashioned, was brushed with a tart lemon glaze and topped with house-candied zest… 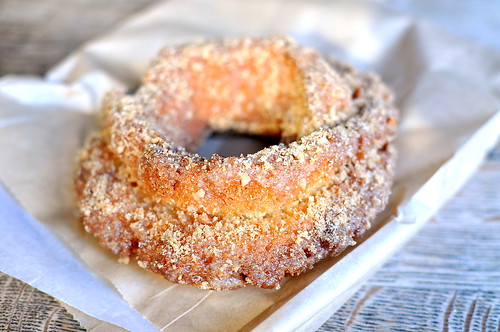 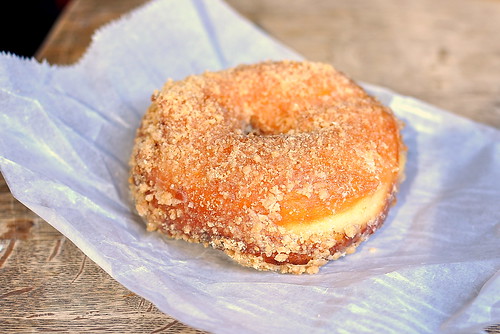 We also picked up a “Cinnamon Crunch,”  a yeast-raised cinnamon doughnut glazed and rolled in cinnamon streusel, for good measure. 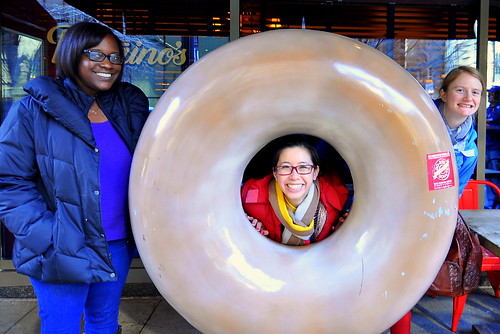 All four doughnuts were seriously solid, but none made my heart go pitter-patter. Next time, I’ll be sure to swing by Do-Rite earlier for the greatest selection, and possibly even warm doughnuts. Such is the life of a certifiable doughnut snob.

It always comes back to doughnuts with me. Always.

One thought on “Do-Rite Donuts – Chicago”