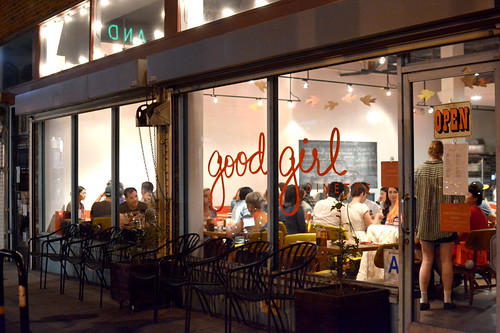 I eat at Good Girl Dinette a lot. The food makes me swoon, the chef makes me laugh, and the location makes good sense. While I normally leave my “fancy” camera at home when I dine here (a blogger’s gotta chill from time to time), I made an exception on my latest visit with Nastassia because I wanted to photograph some of the newer menu offerings with my newly upgraded camera—Wings! Pâté! Pie! Lights, camera, action. 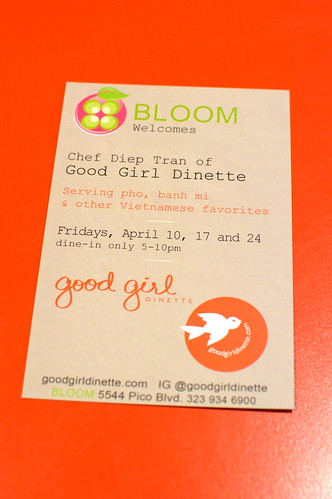 Before delving into the obscene amount of good food that Nastassia and I ordered for dinner, a quick plug for the upcoming Good Girl Dinette pop-up at Bloom Cafe on April 10, 17, and 24. Chef Diep Tran is bringing her signature dishes, like chicken curry pot pie, to Mid-City, so swing by for dinner if you’re in or around the neighborhood. Your stomach will be glad you did. 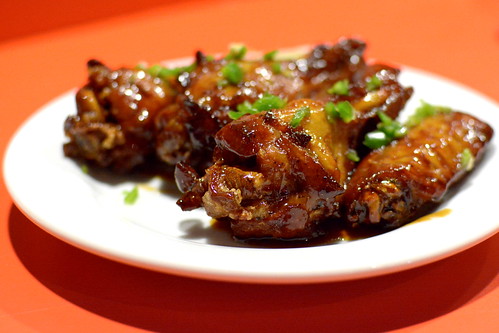 And now, on to the eats! Nastassia and I started off with two appetizers. The first, Caramelized Ginger Chicken Wings ($7.50), were inspired by thit ga kho, a homey Vietnamese braised chicken dish.

Whereas the traditional preparation yields flabby chicken skin, Diep avoids such unpleasantries by crisping the exterior before coating each piece in a sticky, sweet garlic-lime glaze. We requested “spicy” wings, which meant a flourish of serrano pepper confetti. 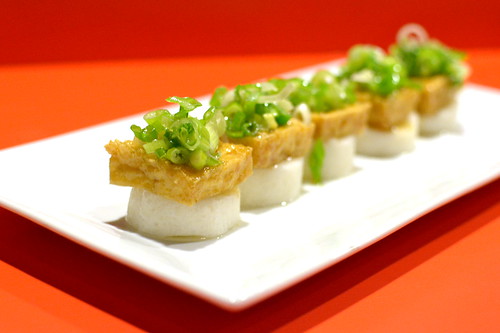 Rice cakes topped with tofu and scallion dressing ($6) have been a menu mainstay for as long as I’ve been dining at the Dinette, and they were as tasty (and adorable) as ever on this visit. 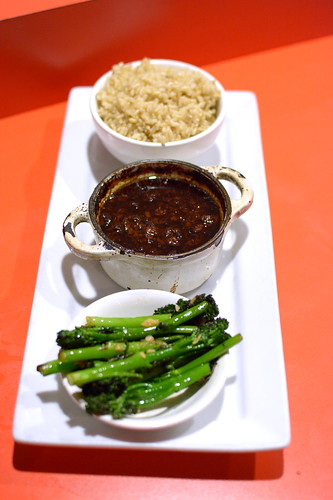 Nastassia was feeling super-duper hungry tonight, so she ordered two entrees for herself. The first was the Black Pepper Pork Confit ($12), a GGD classic consisting of pork tenderly braised in Red Boat fish sauce. This one tastes like home, never ceasing to satisfy. 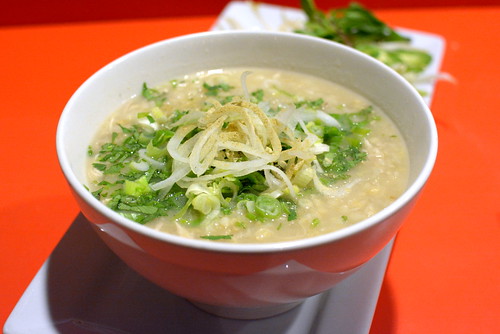 Her second entree was Grandpa’s Porridge ($9), a bowl of soul-warming brown rice cooked to a comforting mush with chicken and Napa cabbage. 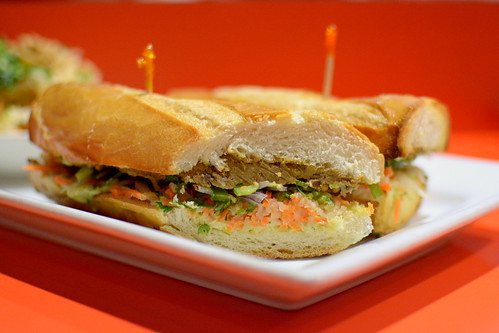 The new-to-the-menu “Liver and Onion” banh mi ($9) was calling my name, as pâté tends to do, and it did not disappoint. The house-made Kendor Farm chicken liver pâté paired brilliantly with green peppercorns from Phu Quoc, Red Boat fish sauce, and all the traditional fixings. Consider this my new favorite GGD banh mi. 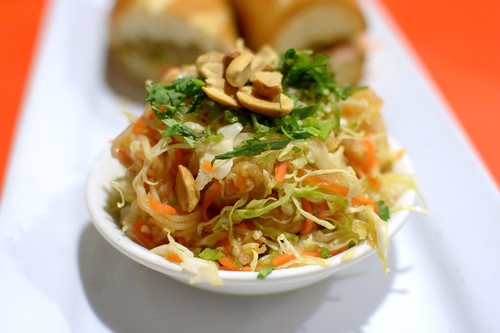 The sandwich is served with either French fries or slaw; I selected the latter, which made me feel like I was doing something good for my body. 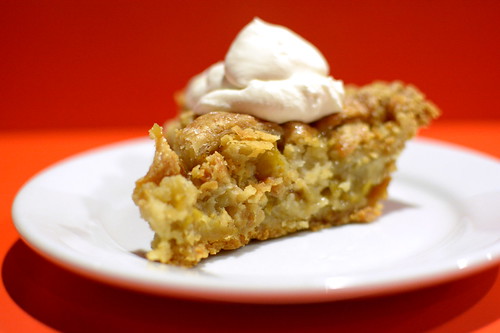 And finally, a slice of Bartlett pear pie with a dollop of whipped cream. Buttery, flaky, and golden throughout, Diep’s pie crust is second to none.

Good Girl Dinette keeps getting better and better, and I’m so excited for the folks across town to get a taste of the good stuff! Fingers crossed that the pop-up becomes a permanent Mid-City fixture.

2 thoughts on “Good Girl Dinette Keeps Getting Better and Better (and popping up in Mid-City soon!)”