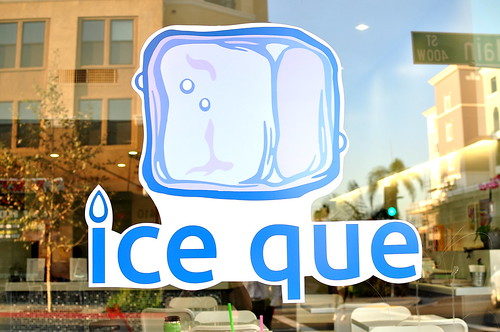 If this summer is anything like the one before it, we’re all going to need a lot of cold treats to survive the long days and scorching rays. While there isn’t a shortage of fantastic frozen sweets to be had in the San Gabriel Valley (my favorites include Carmela, Fosselman’s, Rita’s, and Blockheads) having another solid option, like Ice Que, certainly isn’t going to hurt. 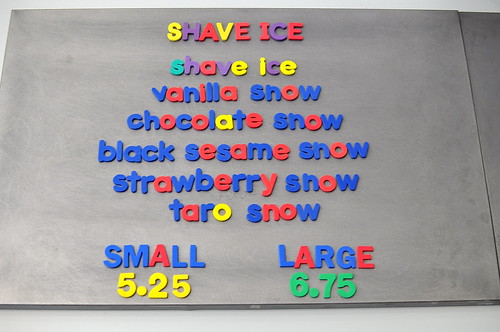 The man behind Ice Que is pastry chef John Park. After working in some of the city’s finest kitchens (Lukshon, Providence, and Water Grill), he struck out on his own in 2013 to open Quenelle in Burbank. Ice Que is his follow up effort. 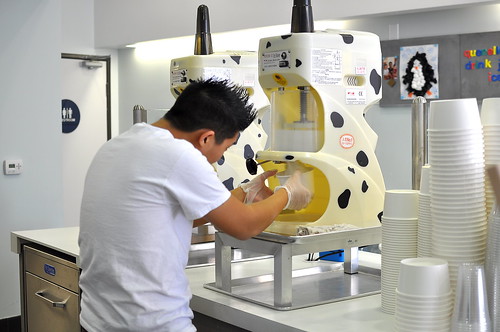 Whereas Quenelle specializes in ice cream, Ice Que is all about shaved ice. Forget artificially flavored syrups and such—the creations here are composed of shaved-to-order “snow” topped with a plethora of whimsical ingredients. Taken together, it’s a one-of-a-kind dessert experience that only a pastry chef could dream up. 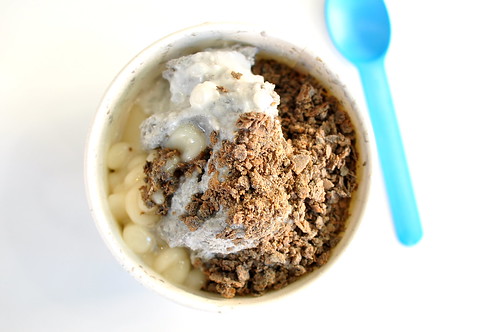 My girlfriend and I came in for dessert following our dumpling feast at nearby Kang Kang Food Court. While we could’ve built our own concoction, we both decided to order off of the “omaQUEse” menu.

The creation calling my name was the “Black & White” ($5.75) comprised of black sesame snow topped with condensed milk, coconut tapioca, rice cakes, and black sesame flakes. I liked everything about my lil’ bowlful except that the black sesame snow wasn’t as boldly flavored as it is at Blockheads. 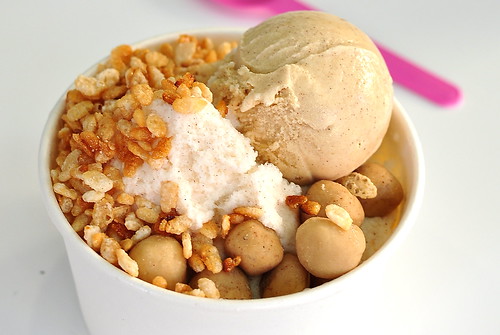 My friend selected the “Horchata” ($5.75), vanilla snow drizzled with cinnamon milk and done-up with a scoop of horchata ice cream, caramelized puffed rice, and almond cookie butter balls. We loved the variety of textures present in this one, as well as how the cinnamony theme was carried throughout. Two thumbs up. 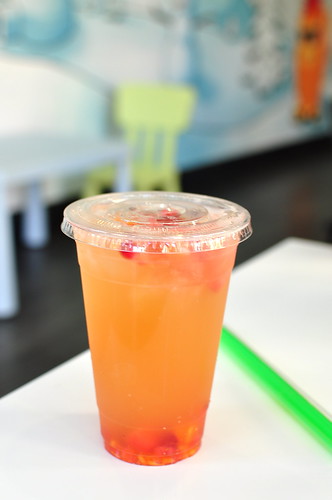 When the nice fellow behind the counter heard that it was my friend’s birthday, he treated us to two drinks on the house. The first was a refreshing herbal tea brimming with fresh fruits. 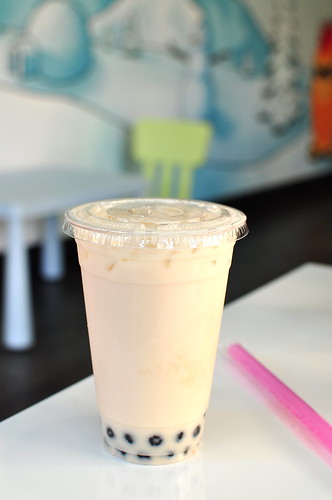 The second was a horchata with boba, which, by the way, should be L.A.’s official beverage.

Before heading out, my friend purchased one of each of the shop’s specials to enjoy at home—a mango cheesecake ice cream bar, a chocolate mousse cake, and a yuzu lemongrass Otter Pop. She tells me all three were great.

Here’s to another hot summer filled with cool treats.