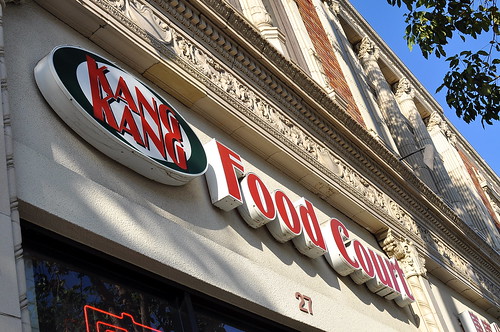 Lucky Peach recently launched an online edition, and I’ve been following along as the merry band of writers explores essential topics in food, like dumplings, pizza, and obsession. It’s good reading, all of it. 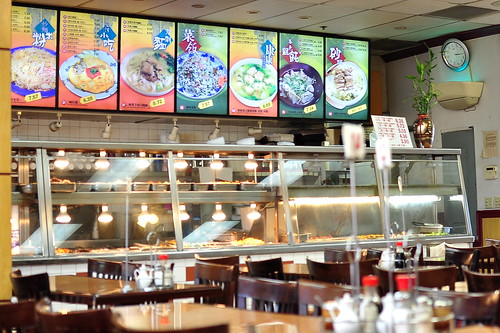 While neighboring Chinese restaurants specialize in region-specific cooking, the thrill of Kang Kang lies in the diversity of its offerings. In addition to breakfast staples like soy milk and deep-fried crullers, the expansive menu includes “Taiwanese Food,” “Food in Northern China,” “Food in Eastern China,” and “Food in Southern China, Hong Kong & Asia.”

Per Mr. Chang’s recommendations, my lunch date and I stuck to Taiwanese and Shanghainese dishes on this visit. 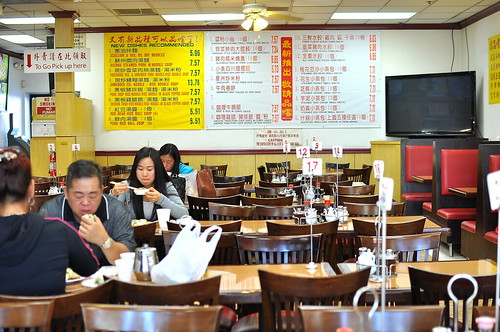 After placing our orders at the front counter, we grabbed a seat in the large dining room. Soon enough, food began to hit the table… 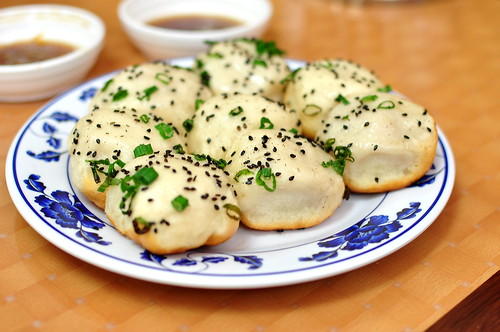 The “Shanghai Pan Fried Small Bao” ($7.29), served eight to an order, was the first and best dish to grace our lips. We were warned by the waitress as she dropped them off to be careful of their scalding innards. Even after letting the sheng jian bao cool for five solid minutes, which greatly tested our will and patience, we still managed to burn the roofs of our mouths. Ouch, but yum. 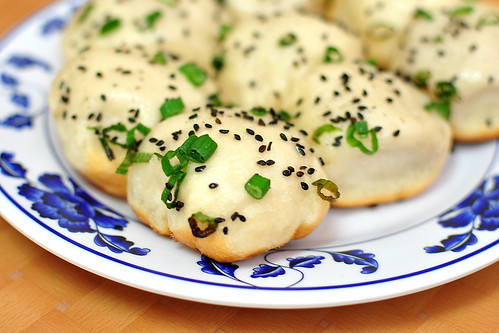 The sheng jian bao, seared golden on the bottom and enrobed in fluffy dough, were delightful inside and out. The porky center, soupy and sweet, really hit the mark. These may very well be my favorite dumplings in the entire San Gabriel Valley. 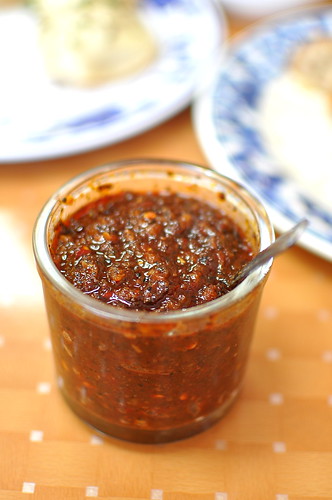 What made the dumplings even tastier was Kang Kang’s house-made chili sauce. Chunky, spicy, and a touch funky, a dab of this stuff went a long way. 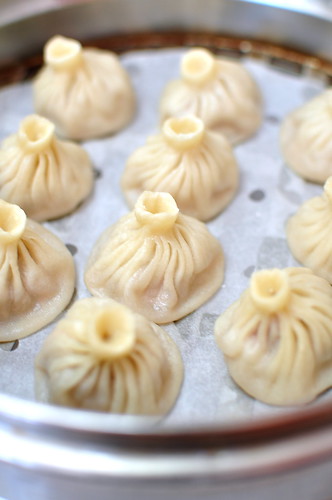 Also on deck was an order of the “Shanghai Steamed Small Bao” ($6.65), also known as xiao long bao. Though the skins were properly thin and the filling properly juicy, the swirl tips atop each one were disappointingly chewy. But that didn’t stop us from eating every last one. 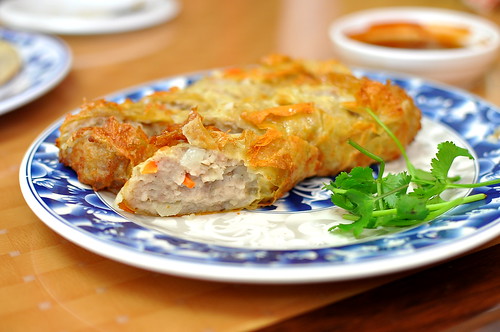 Our final dish was Mr. Chang’s favorite: “Fried Chicken Roll Taiwan Style” ($6.42), consisting of spiced ground pork, onions, and carrots stuffed in tofu skin and fried to a crisp. Served on the side was a sweetish dipping sauce, but I much preferred the chili oil.

There’s still much to taste at Kang Kang, and I’m looking forward to returning again. I don’t think I’ll be able to resist an order of the sheng jian bao when I do. They are magnificent.