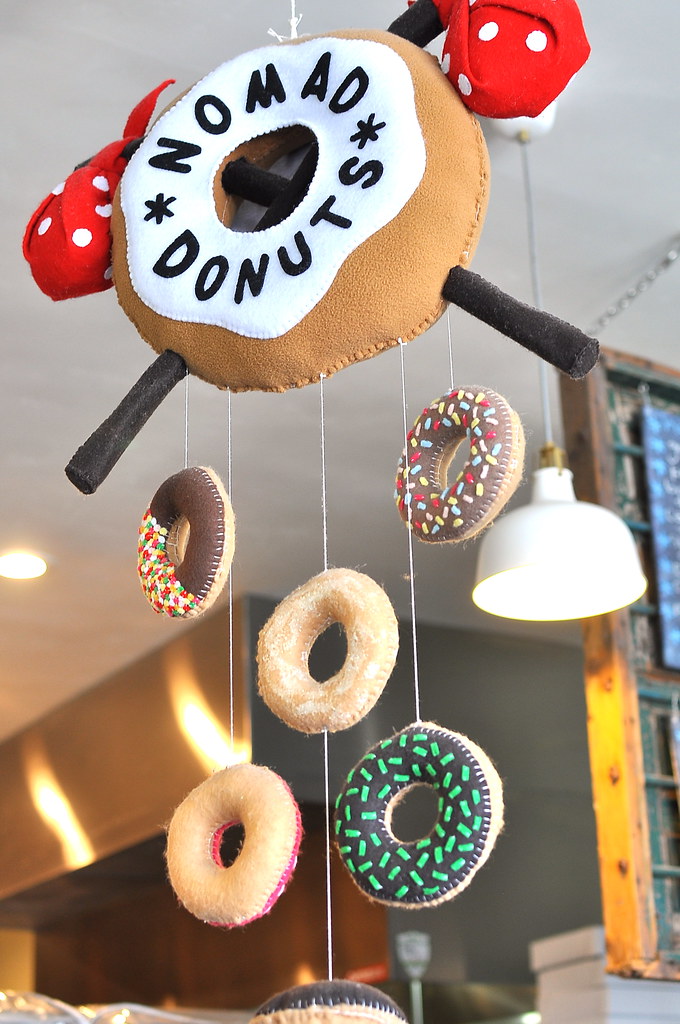 After downing our doughnuts and fried chicken at SideCar Merchants, our band of merry eaters strolled down to Nomad Donuts for more deep-fried goodness. We found the shop on a quieter stretch of 30th Street in North Park, flanked on one side by a purveyor of grindz and on the other by an upholstery specialist. 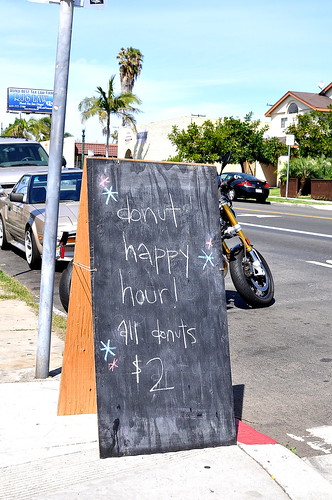 We happened to swing by during Donut Happy Hour, which meant that all wares were marked down to $2. You bet your boots we took full advantage of the situation. 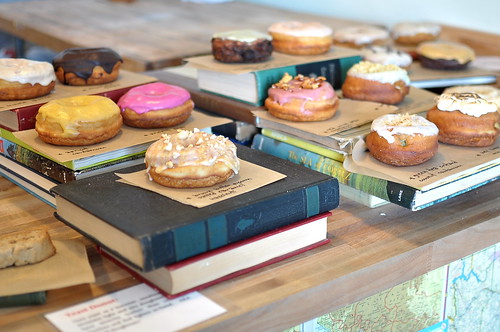 Nomad’s yeast-risen and cake doughnuts are “globally inspired,” boasting made-from-scratch fillings, glazes, and toppings that are playful and inventive. The daily offerings were prettily propped atop stacks of old books, which made the task of choosing which ones to buy quite difficult since they all looked so good. 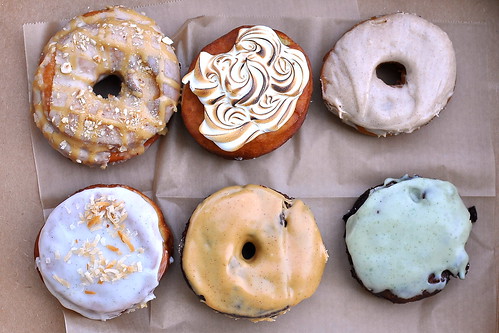 After much debate, The Astronomer, Cousin Danny, and I selected six doughnuts to share. 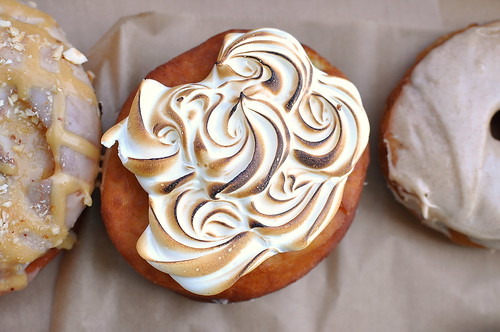 We had to get the Key Lime Meringue ($4) doughnut to compare it to the one we enjoyed moments earlier at StreetCar. While the meringue topping sure was pretty, the dough was unfortunately denser and the curd less vibrant compared to StreetCar’s. 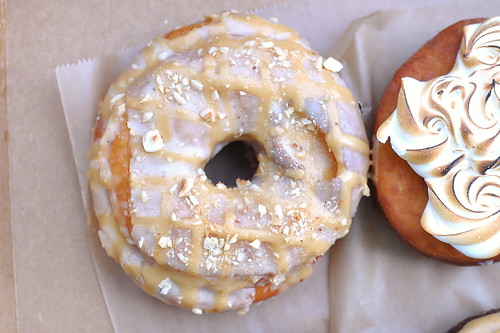 The Brown Butter Popcorn Salted Caramel Hazelnut ($3) doughnut came recommended to us by some fellow doughnut goers. While the combination of ingredients sounded intriguing, the execution wasn’t as awesome as we had hoped. Too many competing elements muddled the doughnut’s flavor overall. 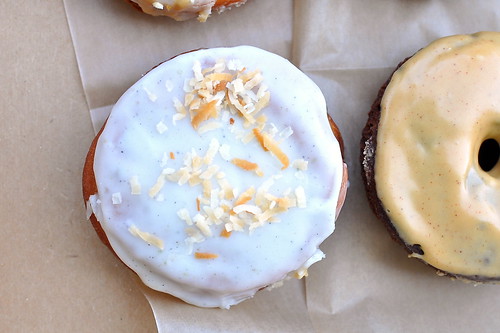 My favorite of the bunch was the Green Tea Custard Coconut Cardamom ($4) doughnut. The green tea filling was great, and I loved how a gentle wave of cardamom infused every bite. 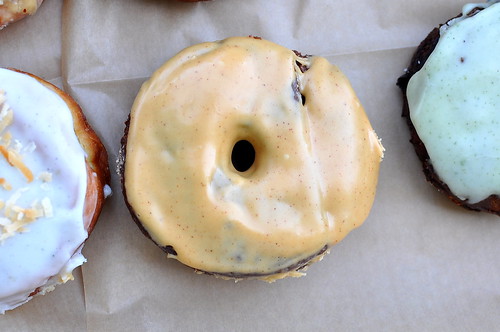 Also excellent was the Chipotle Caramel Chocolate Cake ($3) doughnut. The sweet heat from the chili-infused glaze paired fantastically with the dark chocolate cake. 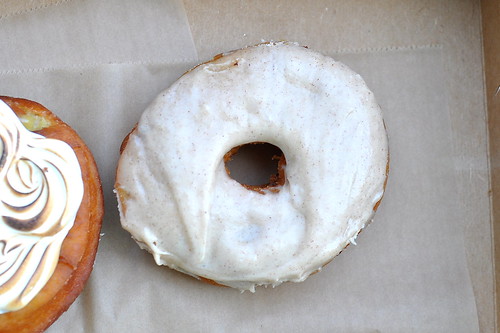 The Astronomer’s pick, the Roasted Pear Cake Cinnamon Maple ($3) doughnut, was solid as well. However, the pear’s flavor wasn’t as pronounced as he had hoped. 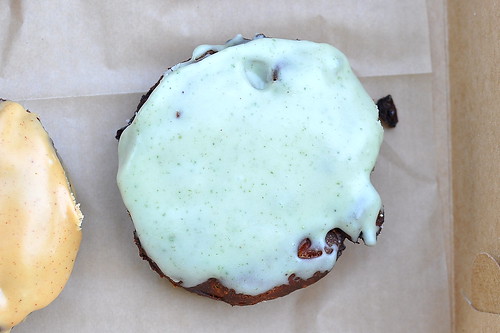 Our final selection was the savory “Fritter Du Jour” featuring sausage, yam, cranberry, and a rosemary glaze ($5). The man behind the counter promised Thanksgiving dinner in doughnut form, and sure enough, he was right. The rosemary glaze was particularly good.

Even though some of Nomad’s creations fell short, I truly appreciated the shop’s willingness to experiment with whimsical flavor and ingredient combinations. I adore doughnuts that push the envelope, teetering on the fine line between sweet and savory, so I’m willing to endure a few duds in order to find the perfect specimen.