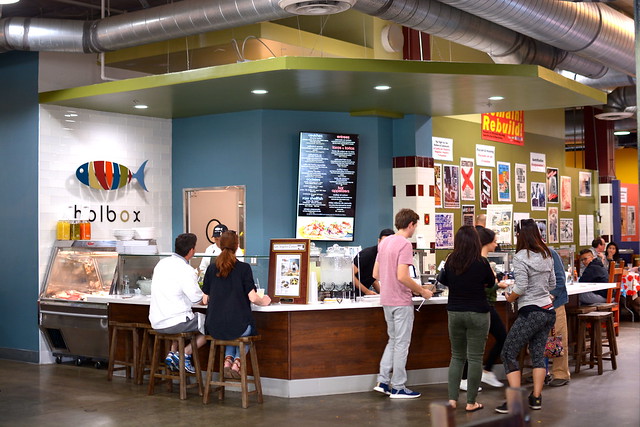 Following a morning exploring taxidermied animals and dinosaur bones at the Natural History Museum, The Astronomer, June, and I headed to Mercado Paloma for lunch. This afternoon I had my sights set on Holbox, a brand new Mexican seafood stall opened by Chichen Itza’s Chef Gilberto Cetina. 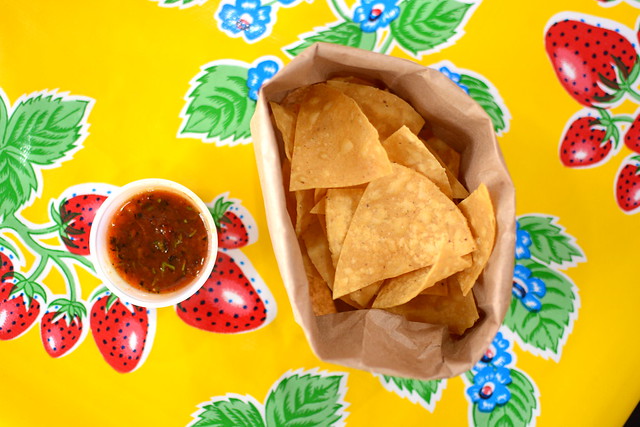 After placing our order at the counter and grabbing a table nearby, we snacked on complimentary chips and salsa. Both were solid. 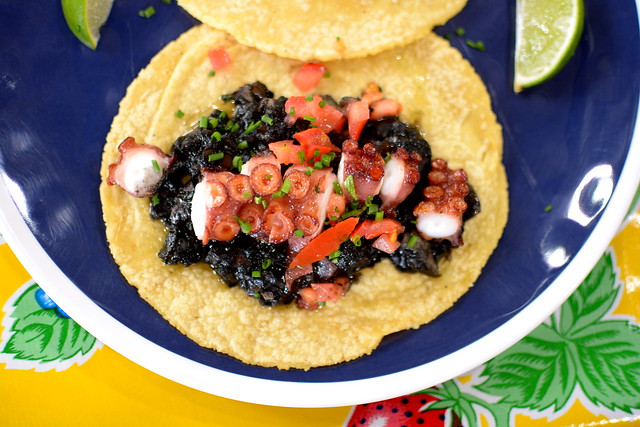 While I enjoyed every dish we tasted this afternoon, my favorite had to be the Taco de Pulpo en Su Tinta ($10). Served on a warm, handmade tortilla, the octopus was served atop a calamari ink-stained sofrito. The taco’s flavors and textures melded together like an oceanic dream. 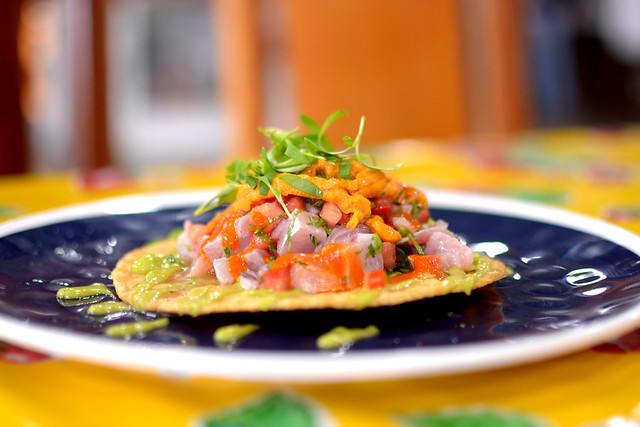 ​The spiciest dish of the bunch was the yellowtail ceviche with sea urchin ($13) served on a tostada. Both the fish and sea urchin were supremely fresh, while the salsas made our lips burn in the best way. 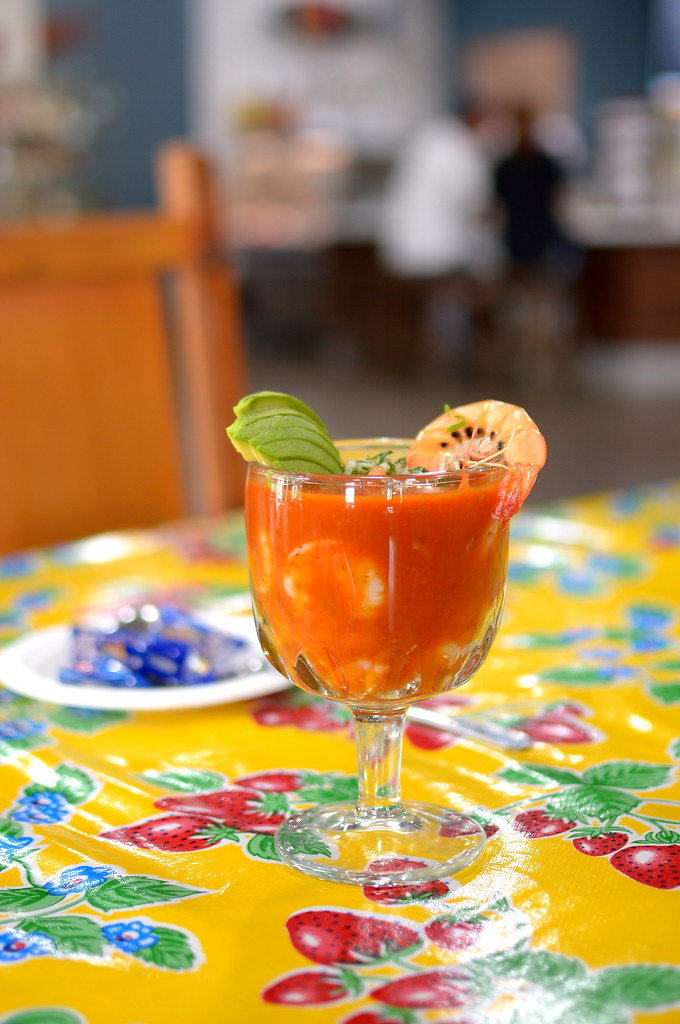 Third up was the Coctel Mixto ($10), a collection of perfectly cooked shrimp, octopus, and oysters in a tangy, made-from-scratch sauce with avocado, onion, cilantro, and lime. The Astronomer and I aren’t tremendous coctel-goers, but this version was really something. 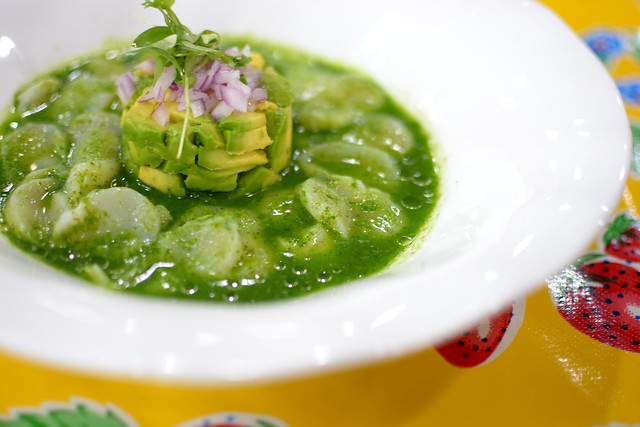 Lunch at Holbox was all sorts of awesome. I mean, what could be better than pristine seafood served in thoroughly unfussy environs? Nada.