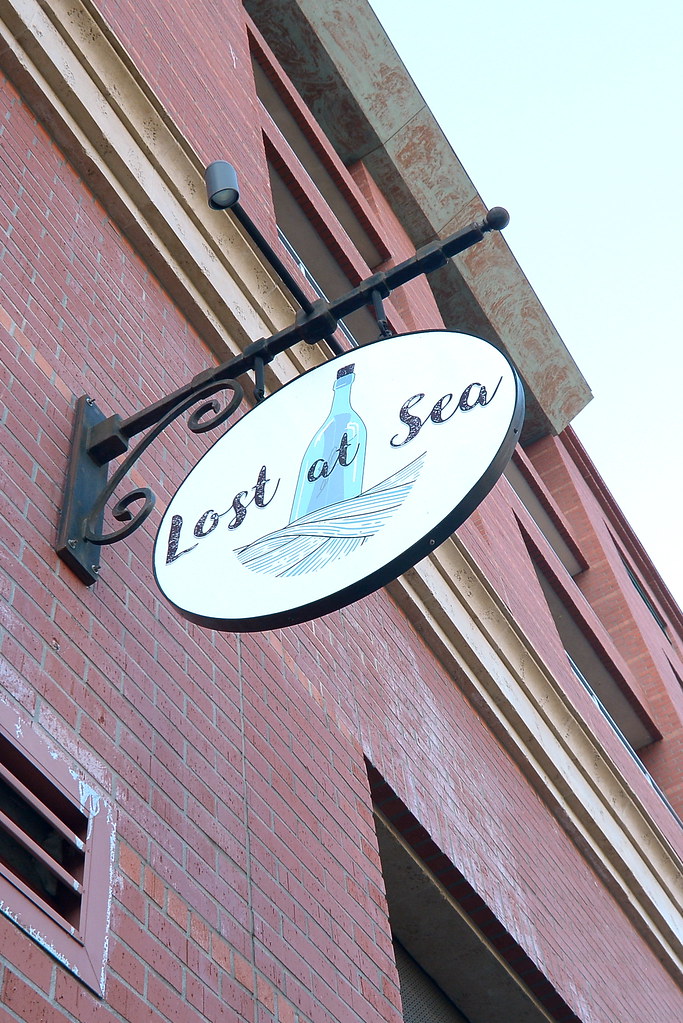 I’ve got a thing for seafood shacks: charming neighborhood spots, like The Walrus and the Carpenter in Seattle, The Ordinary in Charleston, and Fishing with Dynamite in Manhattan Beach, serving the freshest catch in stylish nautical-inspired environs. 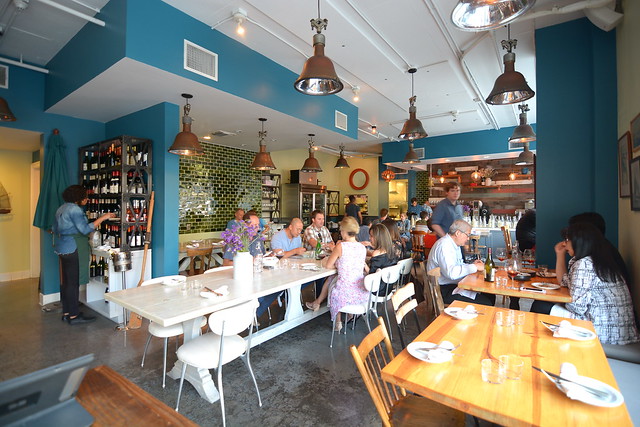 Lost at Sea, by Chef Tim Carey and Wine Director Santos Uy, landed in Old Pasadena late last summer, but it wasn’t until a few weeks ago that The Astronomer and I finally visited our local seafood “shack” for dinner. 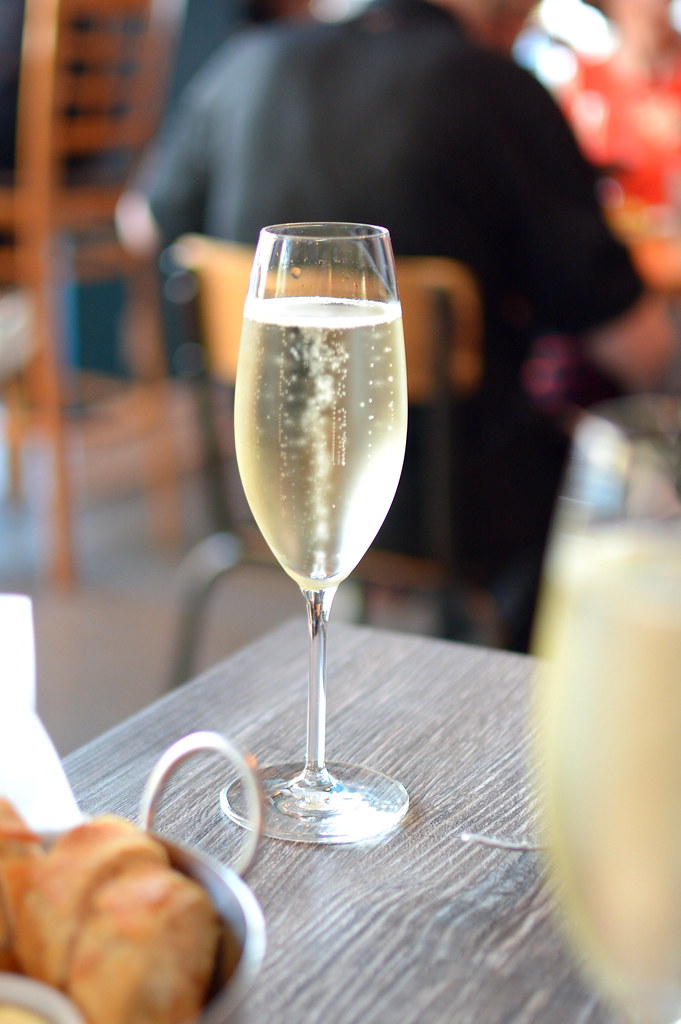 A Saturday night out on the town without our little lady in tow called for two flutes of J.P. Chenet Brut Blanc de Blancs ($10) to start. 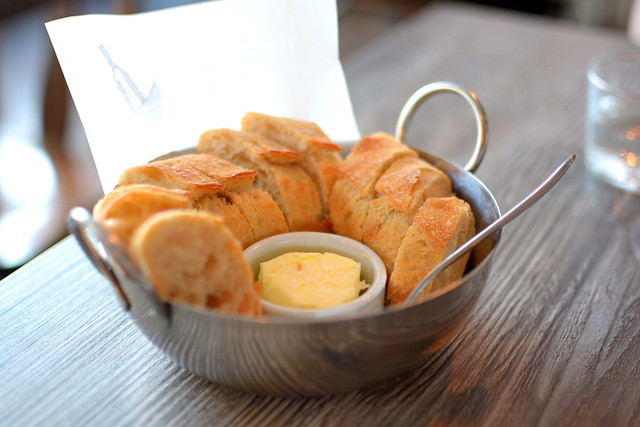 Good bread and butter was just the thing to pair with the evening’s seafood selections. The warm sourdough baguette rounds were served with Lescure Beurre Charentes-Poitou butter sprinkled with flaky salt ($5). 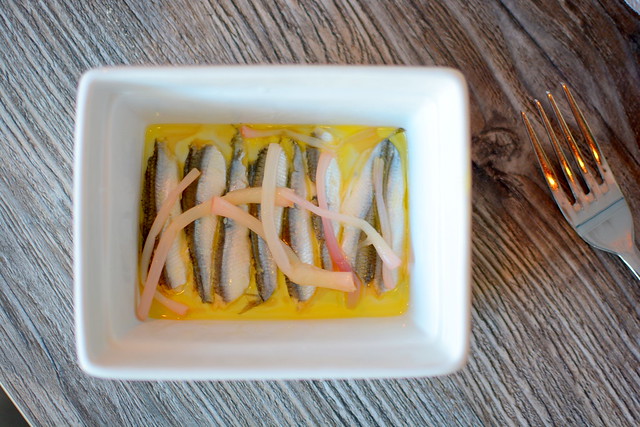 Upon asking our waiter which menu items were served raw or near-raw, I proceeded to order as many of them as possible. First up were the anchovies with ramps ($5). Pickled just so, the fish filets were delicate and briny, while the ramps provided a garlicky punch. 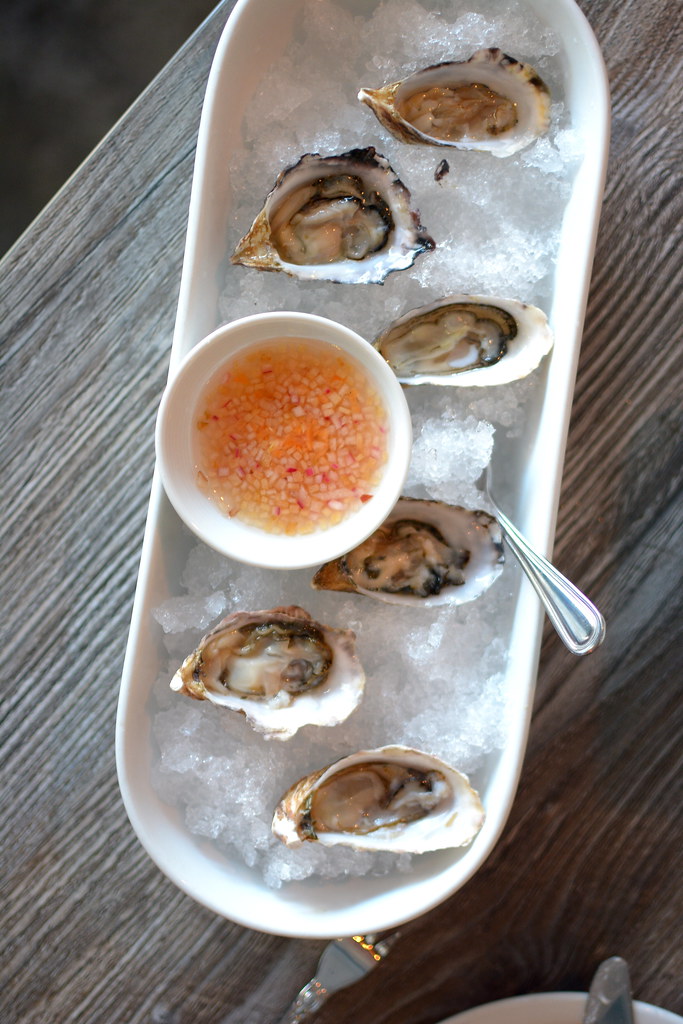 And then there were super-fresh oysters: half a dozen Capital Oysters from Washington state served with a cucumber and melon relish ($18). 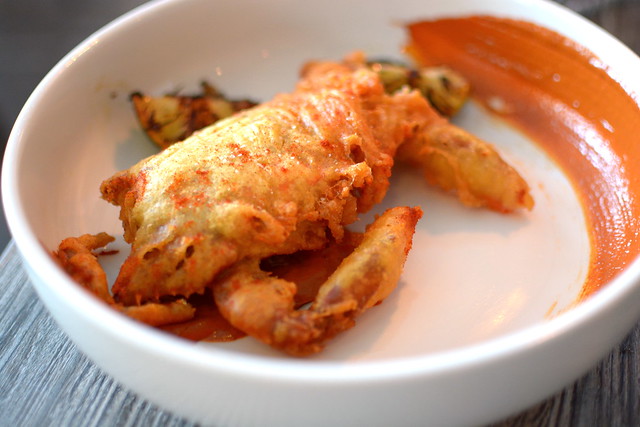 The Astronomer cannot resist ordering soft shell crab when it’s on the menu. Tonight’s preparation was tempura-battered and served with an irresistible labne (yogurt), chili ancho, and lime sauce ($16). The Astronomer licked the plate clean. 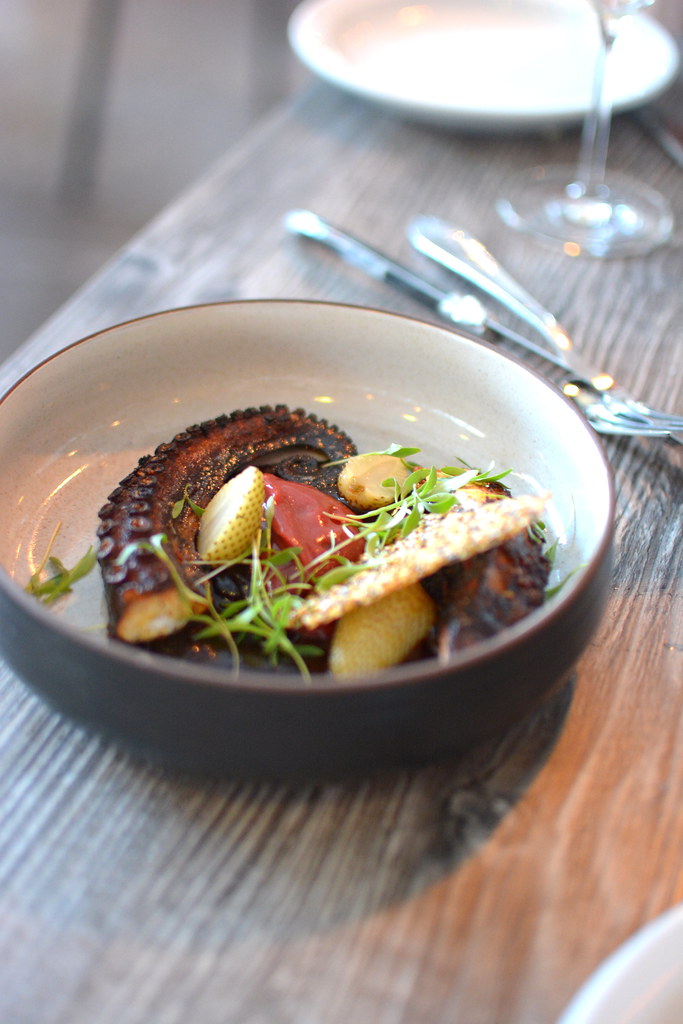 While I adored every dish we tasted tonight, the grilled octopus with mole, strawberry, and sesame tuile ($19) took the cake. The octopus’ pitch-perfect texture was spectacular, but what really stood out were the sauces. The dark mole coupled with the brighter strawberry “ketchup” made each bite different and delightful. 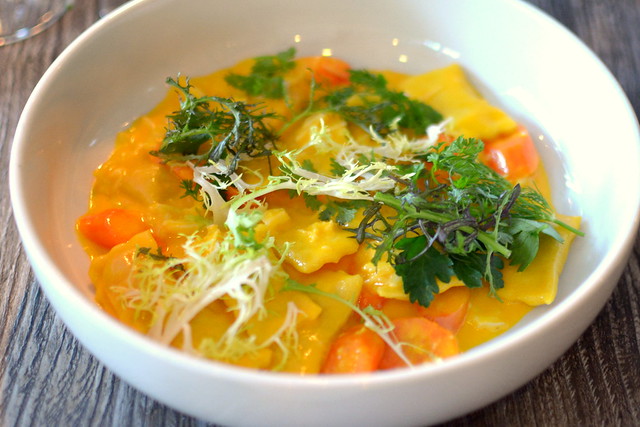 We settled on the agnolotti ($26) for the final savory course. Filled with Spanner crab, the toothsome parcels were served in a sweetish lobster broth with carrots, guajillo chili, and lime. A flourish of fresh herbs added the finishing touch. The bites with dill fronds were the best! 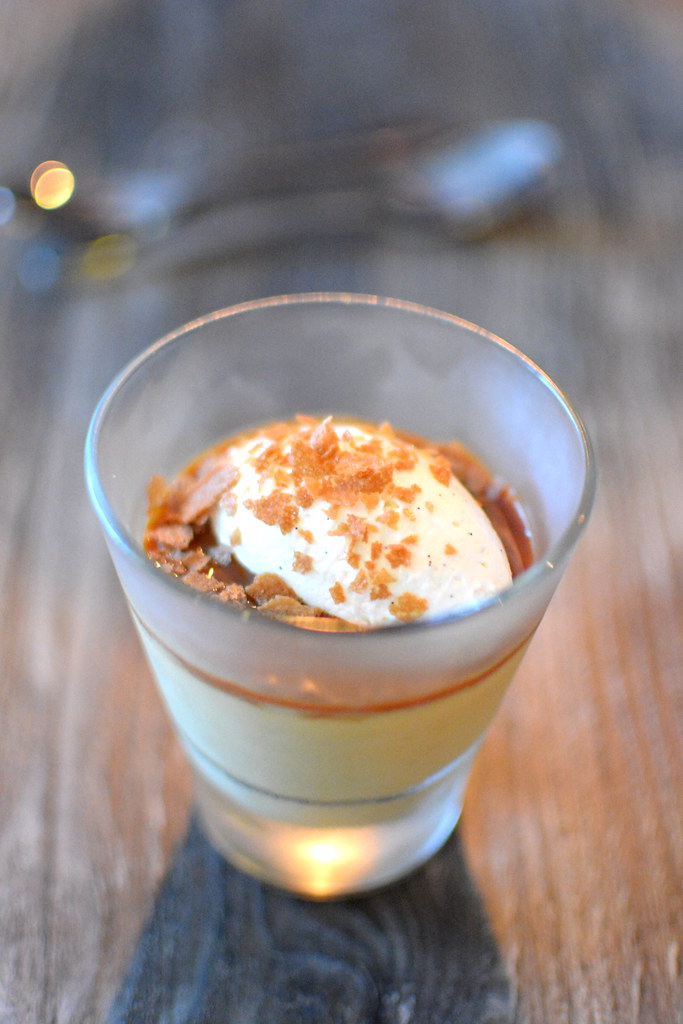 Lost at Sea joins the ranks of Racion and Union as lovely dining establishments a stone’s throw from home. If you’ve got a thing for seafood shacks too, whatcha waiting for?

3 thoughts on “Lost at Sea – Pasadena”