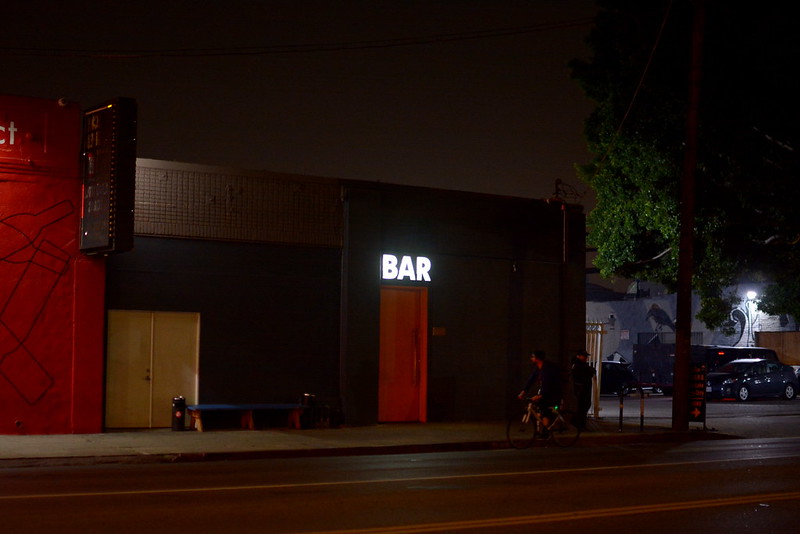 I haven’t stopped thinking about Everson Royce Bar ever since The Astronomer and I came in for dinner and drinks a few weeks back. I had heard good things about the place since its opening, but our experience exceeded expectations. Those biscuits! That burger! The patio! The list goes on and on… 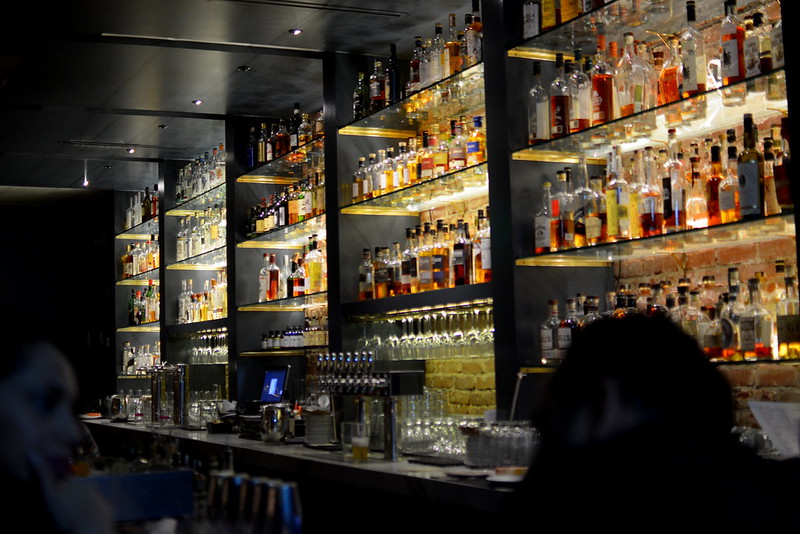 After showing our IDs to the bouncer stationed outside, The Astronomer and I strolled through the main bar and straight to the back patio, where we were seated at a communal picnic table.

We chatted with random young guns throughout the evening, including a couple about to travel to Sichuan. The patio’s chill and inviting vibes seemed to encourage a certain level of chattiness (or maybe it was the alcohol talking). 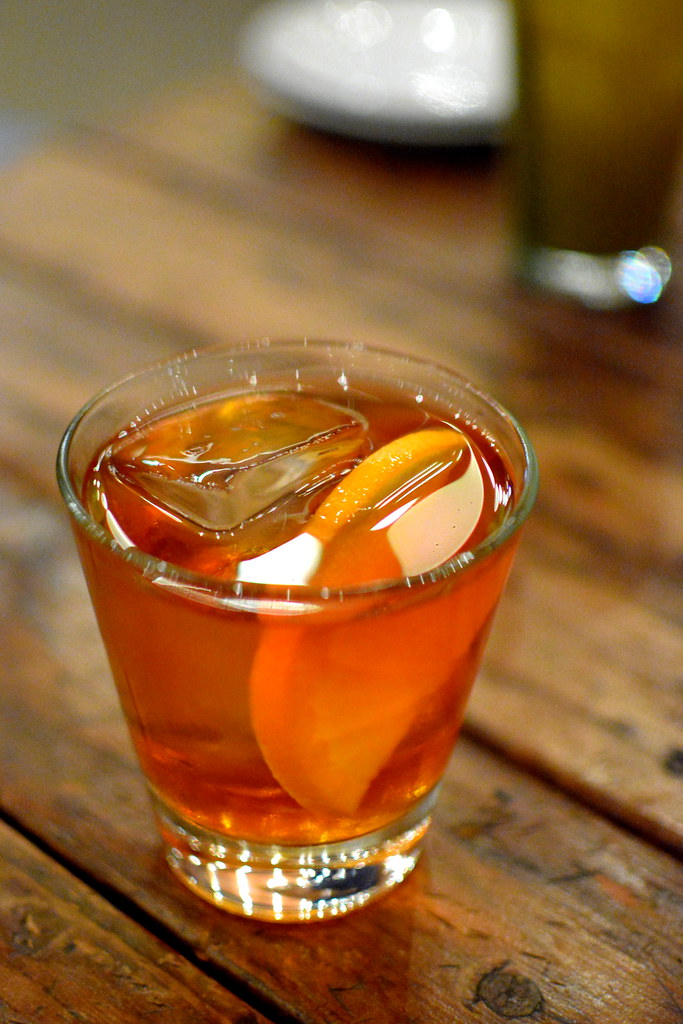 I sipped an “Oaxacan Kid Negroni” ($13) made with Legendario Domingo mezcal, Aperol, and Ancho Reyes, a kind of chile liquor. It was fantastically strong and well-balanced. 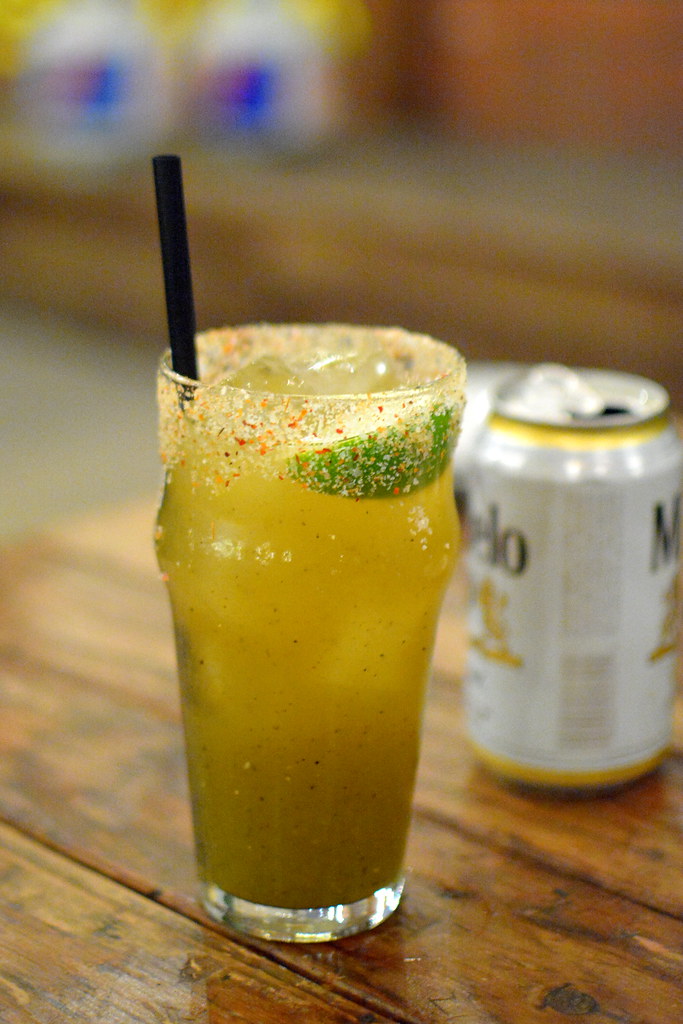 While I initially came to Everson Royce Bar to eat Chef Matt Molina’s cooking (formerly of Osteria Mozza), the drinks here are really just as great. 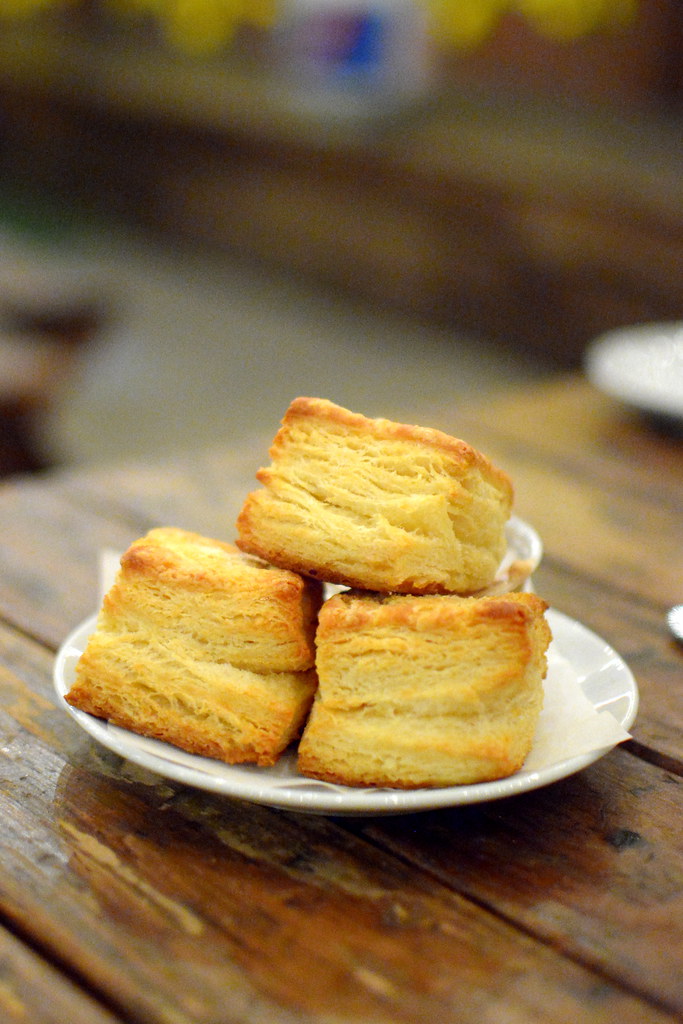 To pair with our libations, The Astronomer and I shared several small bites including the “Flaky Buttermilk Biscuits” ($8) served with honey butter. Tall as can be and quite possibly even flakier than billed, the biscuits were a dream and, surprisingly, a very fine cocktail accompaniment. 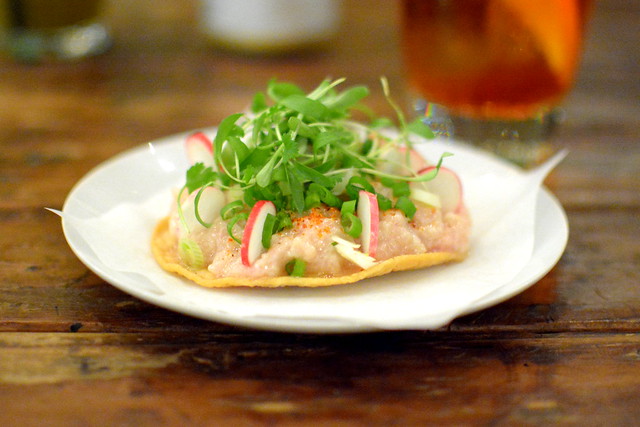 The “Hamachi Tartare Tostada” ($12) with ponzu, radish, scallion, and cilantro was tiny but mighty good. 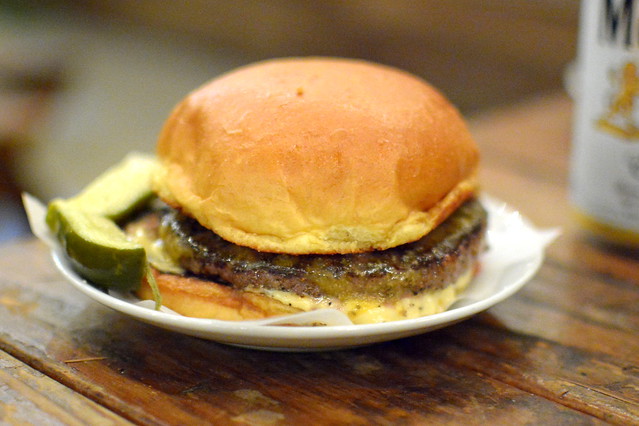 The “Single Burger” ($10) delivered on all fronts with its plush and toasted egg brioche bun, prime chuck patty, and Tillamook cheddar. Next time, we’ll order one for each of us. 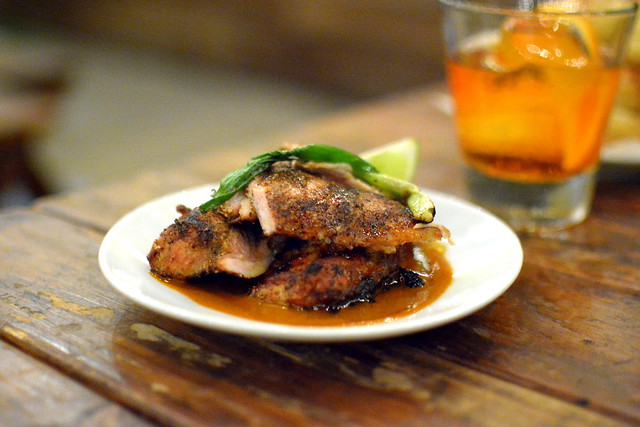 I was thoroughly satisfied after the biscuits, burger, and booze, but The Astronomer needed a little more to eat. The “Barbecued Chicken Thighs” ($10) with aji panca (Peruvian red pepper) and lime were as moist as they were saucy. As a bonus, they were boneless and easy to eat in a bar setting. 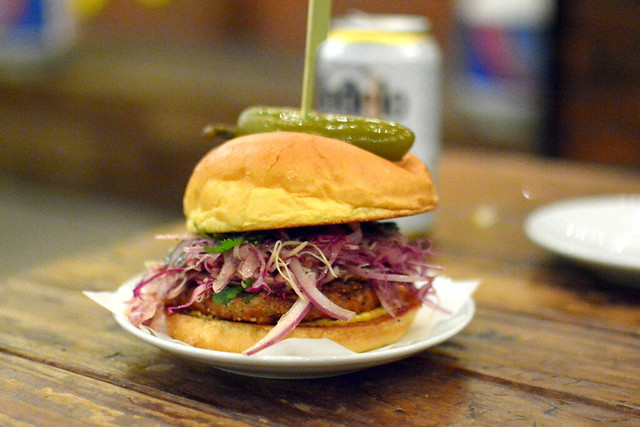 I’d like to eat and drink at Everson Royce Bar once every other week. Meet you there?