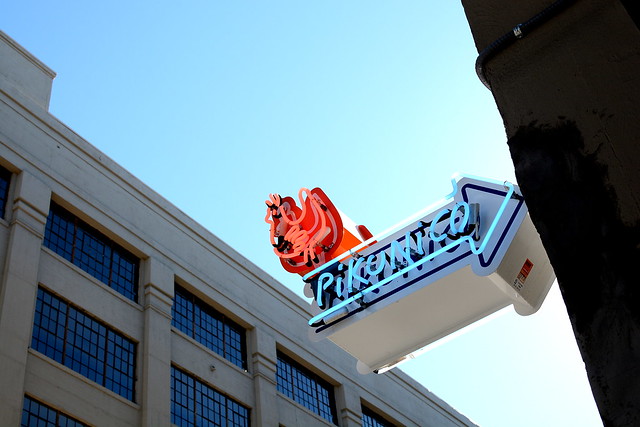 My 37th birthday was largely celebrated at ROW DTLA. First came lunch with colleagues at Pikunico, followed by dessert at The Manufactory, and dinner with a girlfriend at Tartine Bianco. There is no doubt in my mind that I am the target demographic for this urban renewal development, which delights and disgusts me all at once. But here we are. 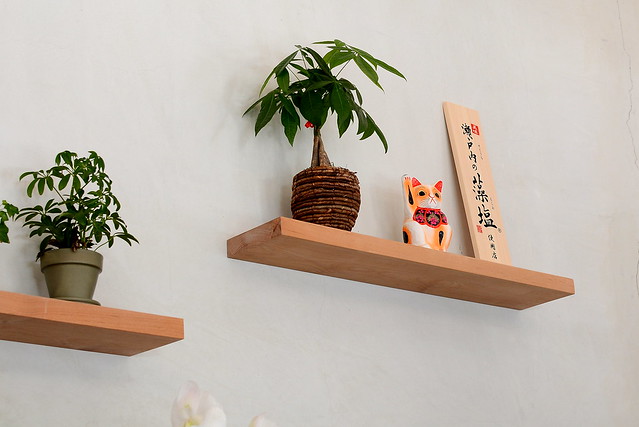 In this minimally appointed and naturally lit dining room, Chef Kuniko Yagi serves up Japanese-style fried chicken in a fast-casual setting. She previously made fancier and pricier food at the now-closed Sona in West Hollywood and at Hinoki and the Bird in Century City. 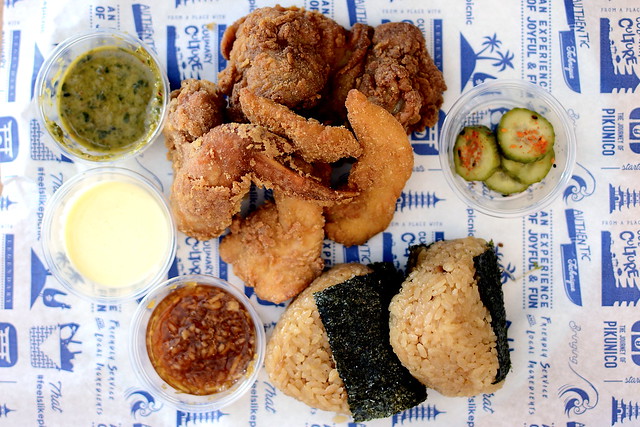 Even though the restaurant was positively buzzing at this time of day, food arrived nice and fast. I ordered the combination platter, which included a thigh, a wing, and two tenders, as well as house-made pickles. On the saucy side of things was a trio of dips: a daikon ponzu oroshi, a lemon aioli, and a parsley sesame number. 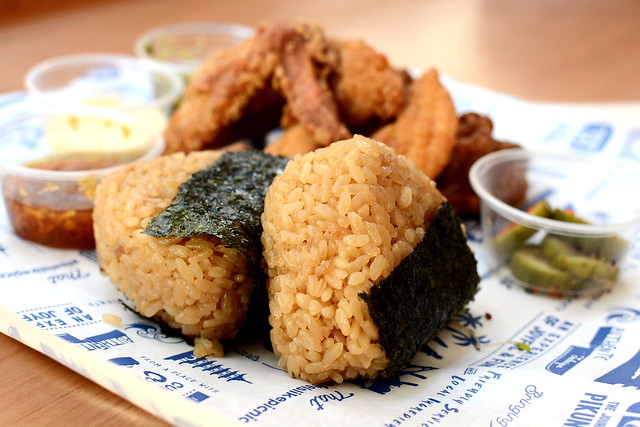 While the fried chicken was perfectly good, it was the onigiri — glossy and glutinous — that really caught my attention. The gentle warmth of fresh ginger permeated each grain, while a sheet of nori held everything together. 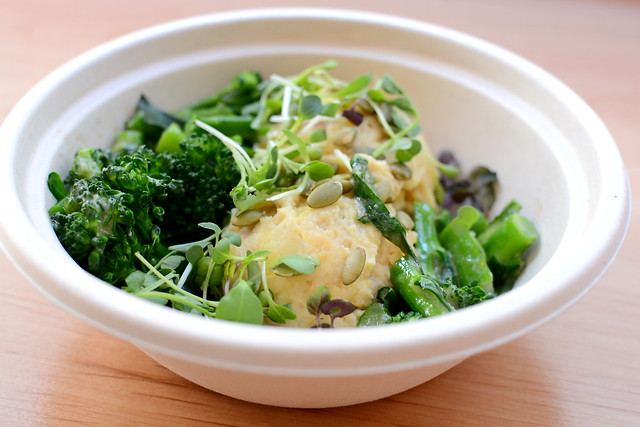 Since my colleagues are a hungry bunch, we also sampled all of the fresh side salads, including the slaw, seaweed-cucumber, and sweet potato (pictured above). All three were truly worth our while, especially the “Pikunico Slaw” with cabbage, kale, red onion, and a balanced sesame vinaigrette. 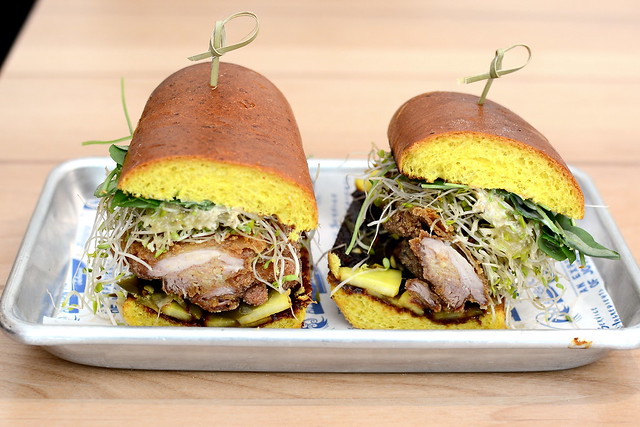 The “Golden Chicken Sandwich” was terrific too with its turmeric bun, pickled daikon, watercress, alfalfa sprouts, lemon aioli, and miso jam. The jalapeno’s heat was a pleasant surprise. 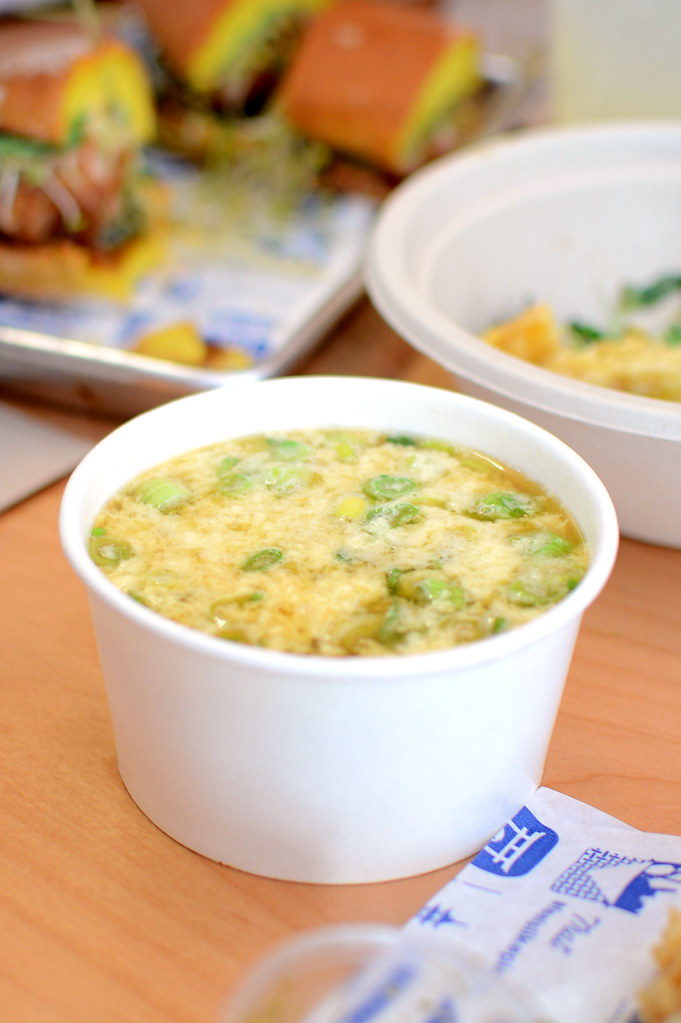 Rounding out the savories was the “Chicken Egg Drop Soup,” a comforting cupful of house-made broth, chicken, and green onion. 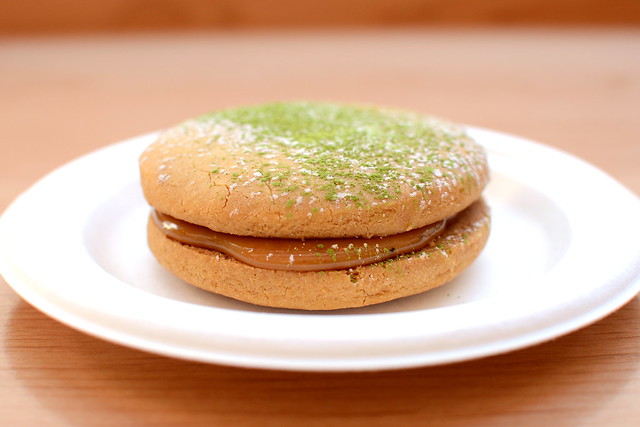 For dessert, we gathered around the “Miso de Leche Cookie,” a sandwich situation made with two shortbread cookies smothering a miso-spiked caramel. 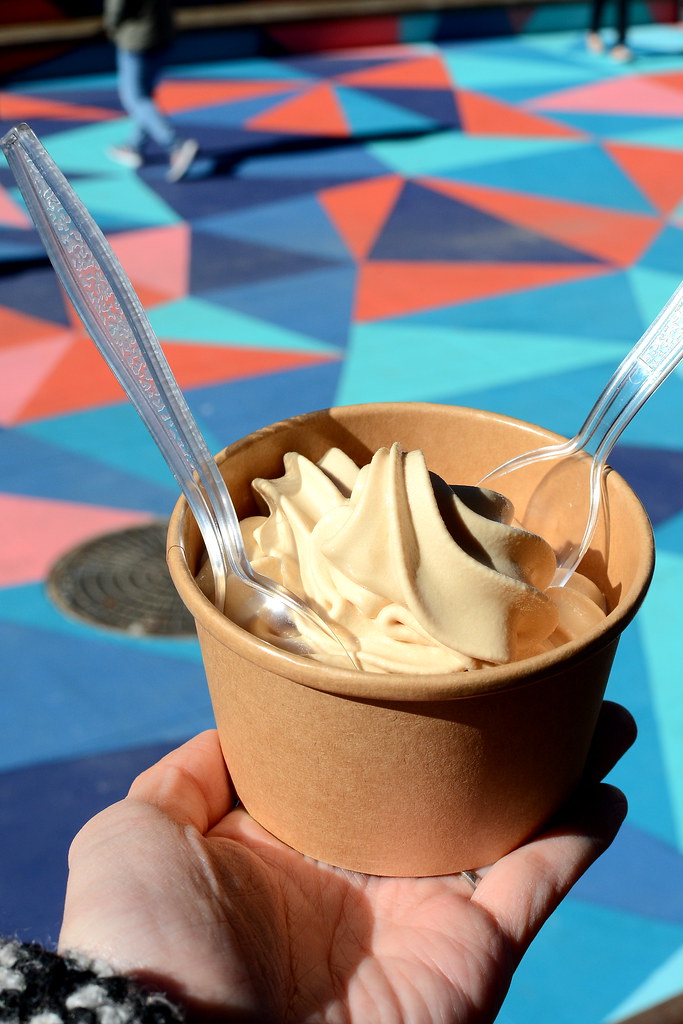 And since it was my birthday, the cookie was followed by a serving of salted caramel soft-serve from The Manufactory. I told you I was the target demo.