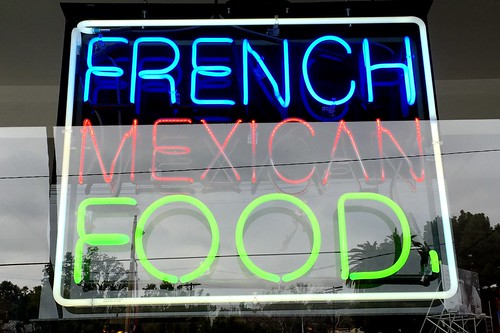 The Astronomer and I ducked into Trois Familia for brunch on a Friday morning back in January when we had an engagement in the neighborhood. This was hands down the hippest restaurant that we’d dined in together in quite some time—knit caps and tight jeans errywhere. We fit right in (wink, wink). 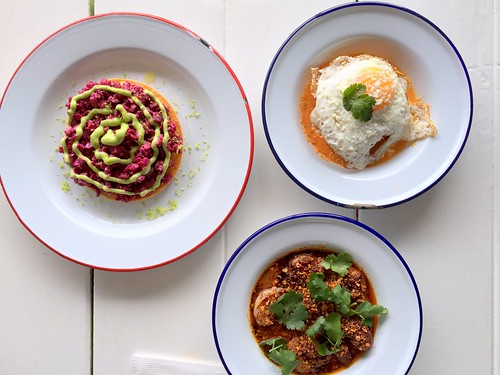 The third restaurant collaboration between chefs Ludo Lefebvre, Jon Shook, and Vinny Dotolo (previously: Trois Mec and Petit Trois), Trois Familia serves French-Mexican brunch from 10 AM to 3 PM seven days a week. We ordered a bit of this and a bit of that from the breakfast and lunch menus, and made sure to save room for dessert. 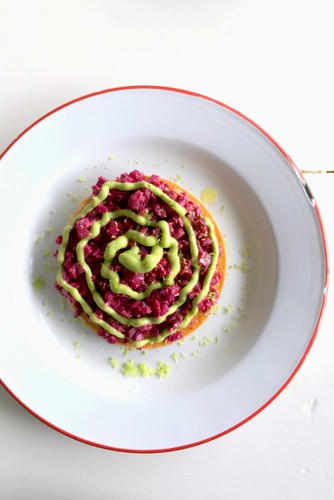 First up was the Beet Tartar Tostada ($8.95). Truth be told, we ordered this thinking it was beef tartar. Even though it was kind of a bummer to receive beets instead of beef, I couldn’t stay mad for long because this tostada was delightful with its bright lime zest and swirls of avocado milk. 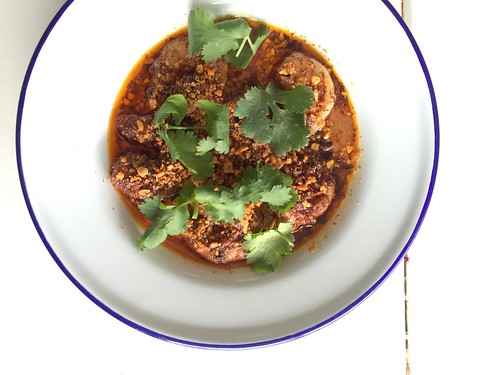 Also delicious was the shrimp in mole with cilantro and spicy tortilla crumbs. The mole, reminiscent of the chili oil-spiked peanut butter sauce found in Sichuan dan dan mian, was rich, creamy, and spicy. We desired some rice, or at least some plain tortillas, to mop up that awesome sauce. 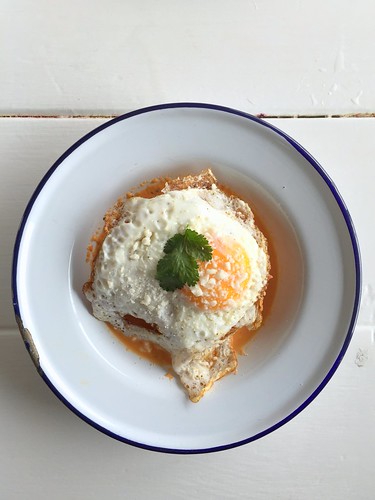 Our final savory item was the Crispy Hash Brown Chilaquiles ($9.95) with a sunny side up egg, cotija cheese, and “salsa macho.” While I liked the potatoes a good amount, I missed the crunchy-soggy tortillas of traditional chilaquiles. 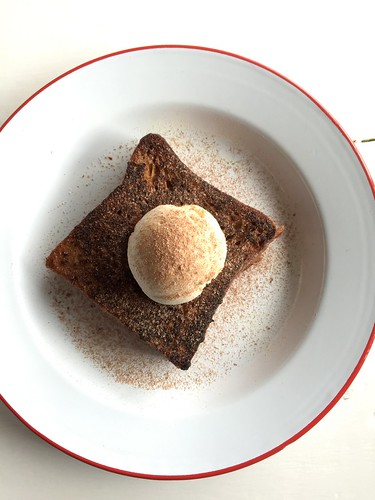 For dessert, we dug into the Churro French Toast ($9.75) with Salt & Straw vanilla ice cream and a dusting of cinnamon and sugar. The Astronomer adored this one. 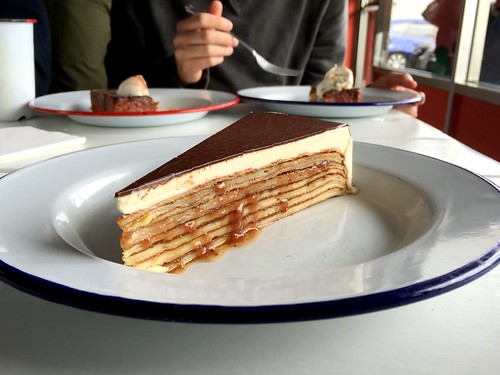 We also couldn’t resist ordering one of the day’s specials: “Trois Dias Cake,” stacks on stacks of crepes layered with house-made strawberry jam and topped with buttercream and chocolate. According to our waiter, it took three days to make it, hence its name. And although it was tasty enough, the texture was unfortunately too dense. Next time, I’m sticking with the tres leches birthday cake.

Trois Familia was a fun little spot and undoubtedly another hit for the trois mec.