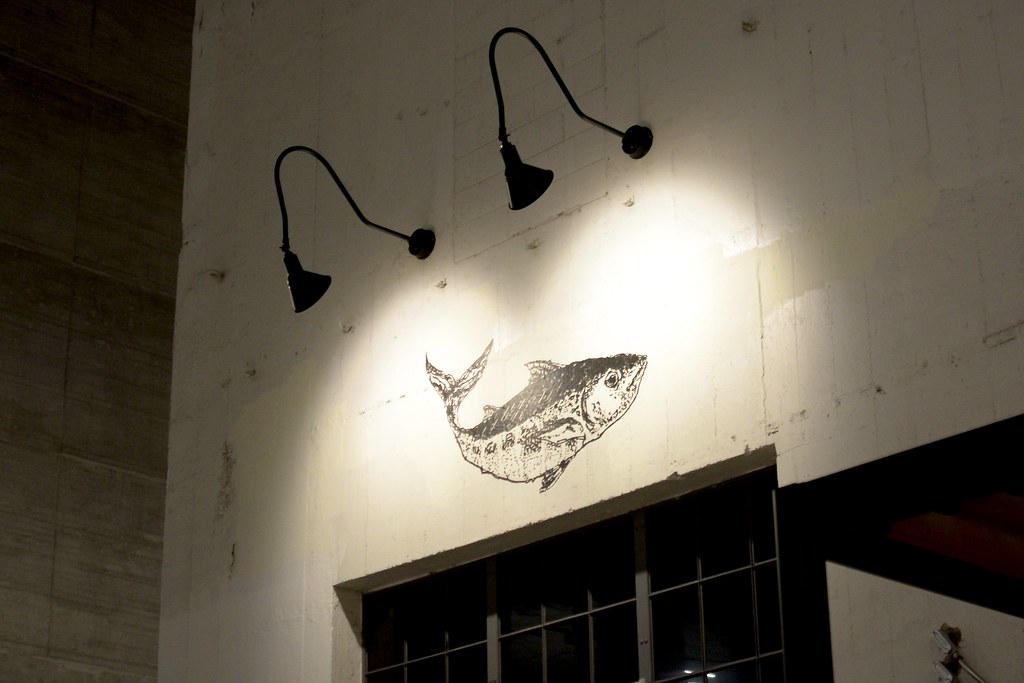 Some of the most memorable meals this year were shared with my colleagues from Eater LA. While it’s hard to top the night we breathed the same air as Jay and Bey at Mother Wolf, our final feast of 2022 at Michelin-starred Kato gave it a run for its money. 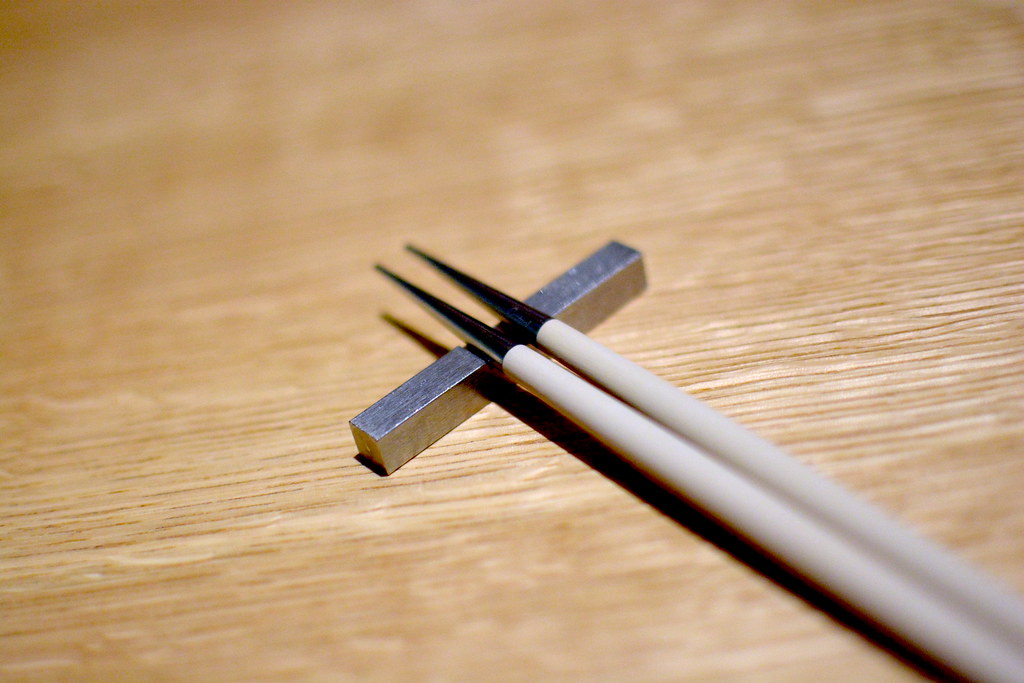 It’s been a year since chef Jon Yao and his team moved from West LA to Downtown, and from the look of things Kato is settling in nicely to its new home at the Row. Elegant, thoughtful, and ambitious, the restaurant’s $275 tasting menu offered a dynamic ride through Yao’s take on contemporary Taiwanese cooking. 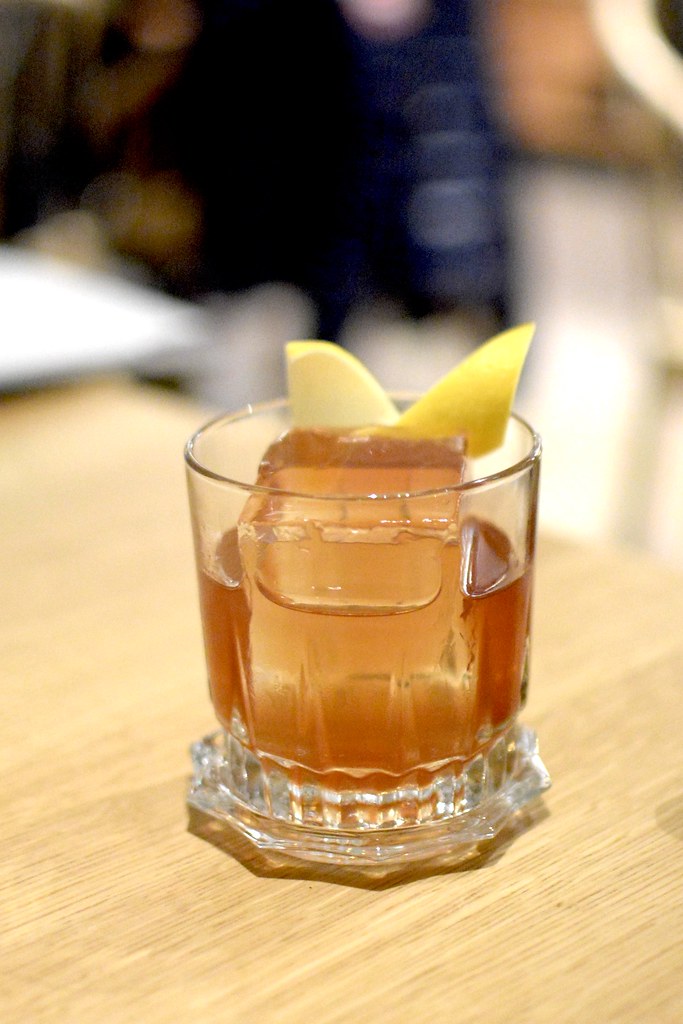 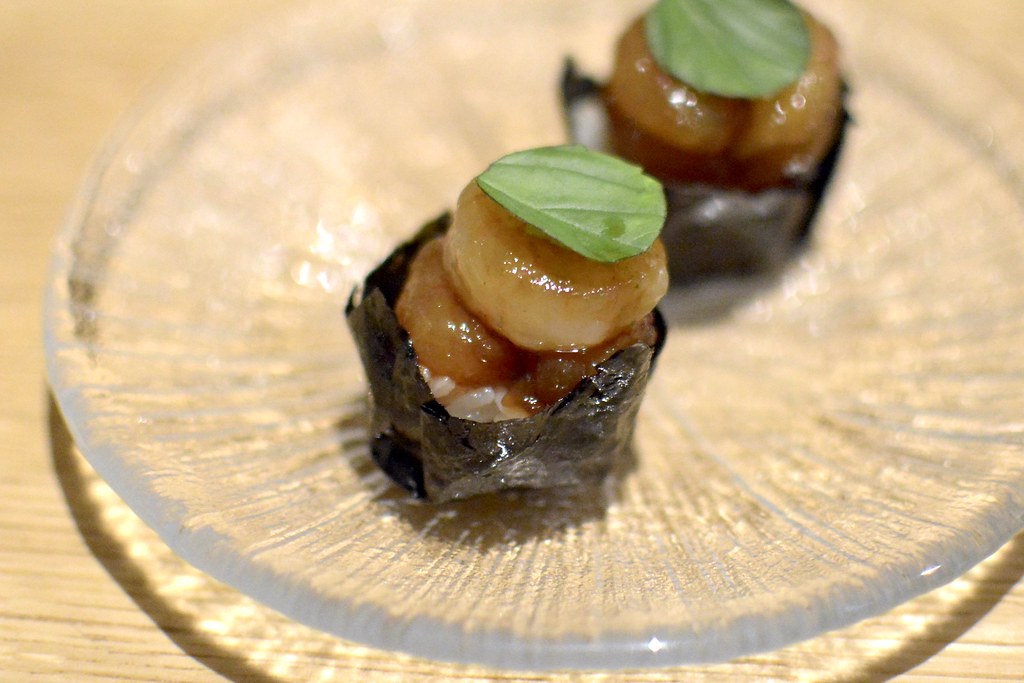 The meal began with four one-bite wonders that arrived simultaneously. The starters included sweet shrimp with seaweed and Shaoxing wine… 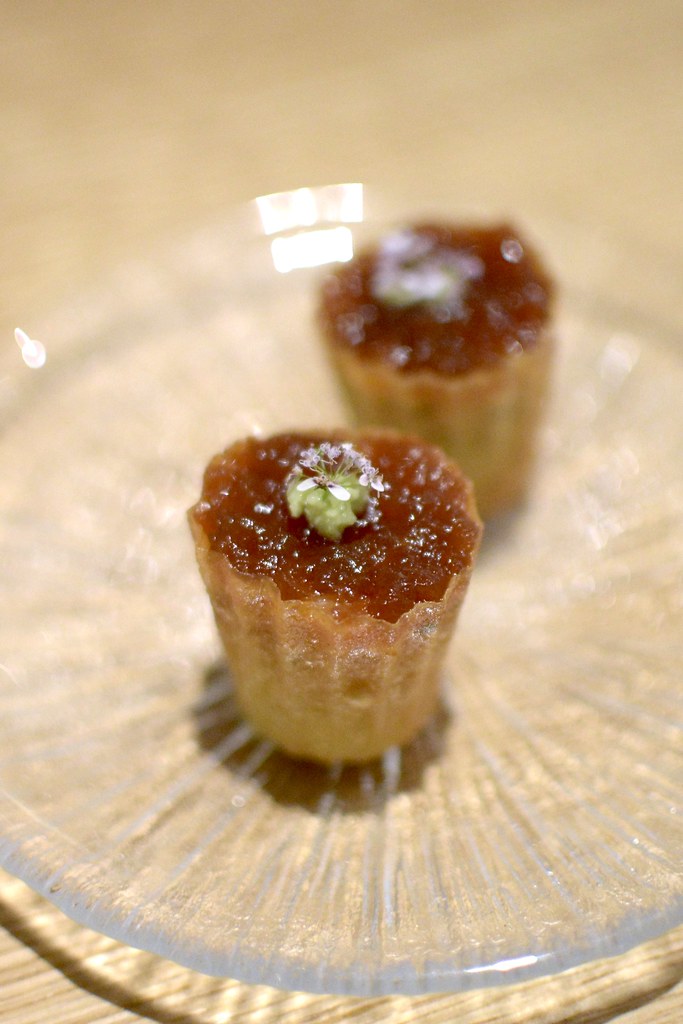 …yellowtail with cilantro and black vinegar… 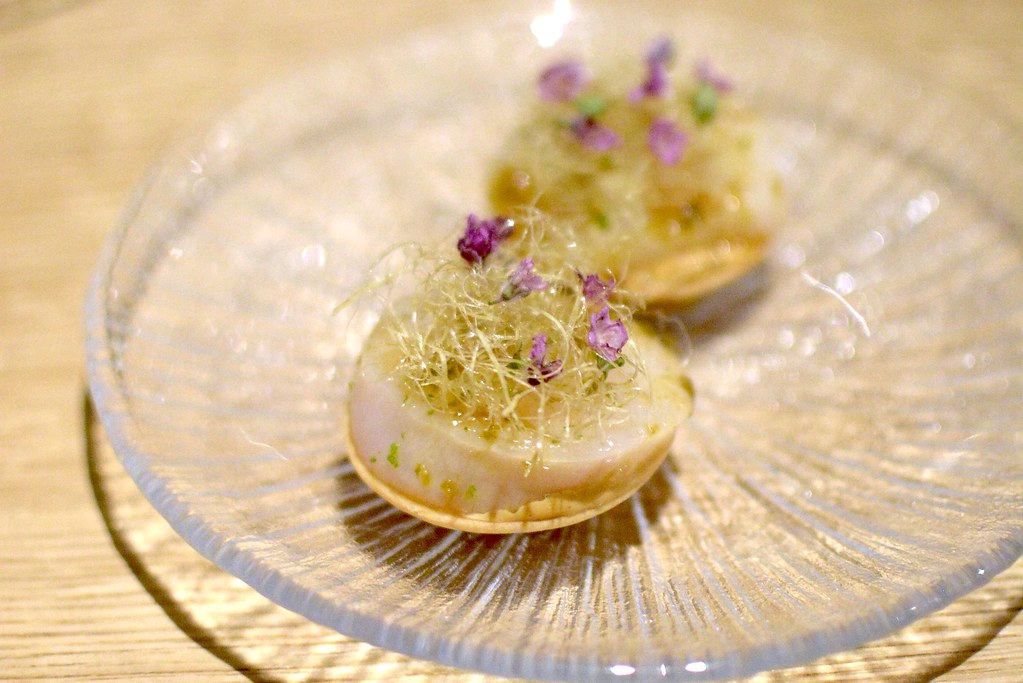 …a supple scallop with soy preserves and doubanjiang (my favorite)… 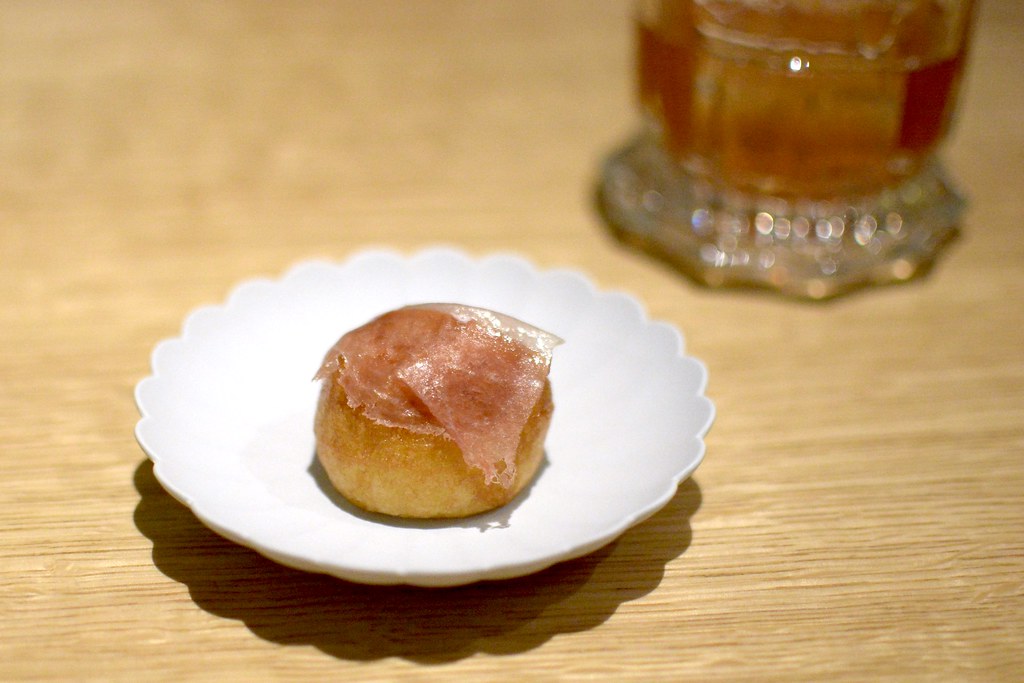 …and a sea urchin puff with Iberico ham and brown butter. 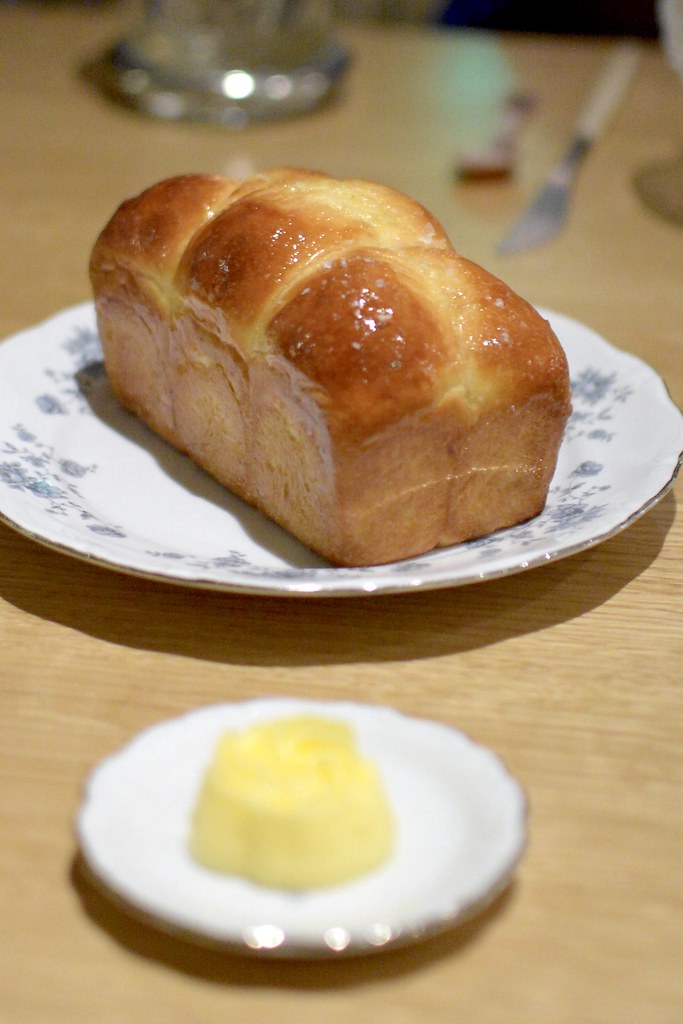 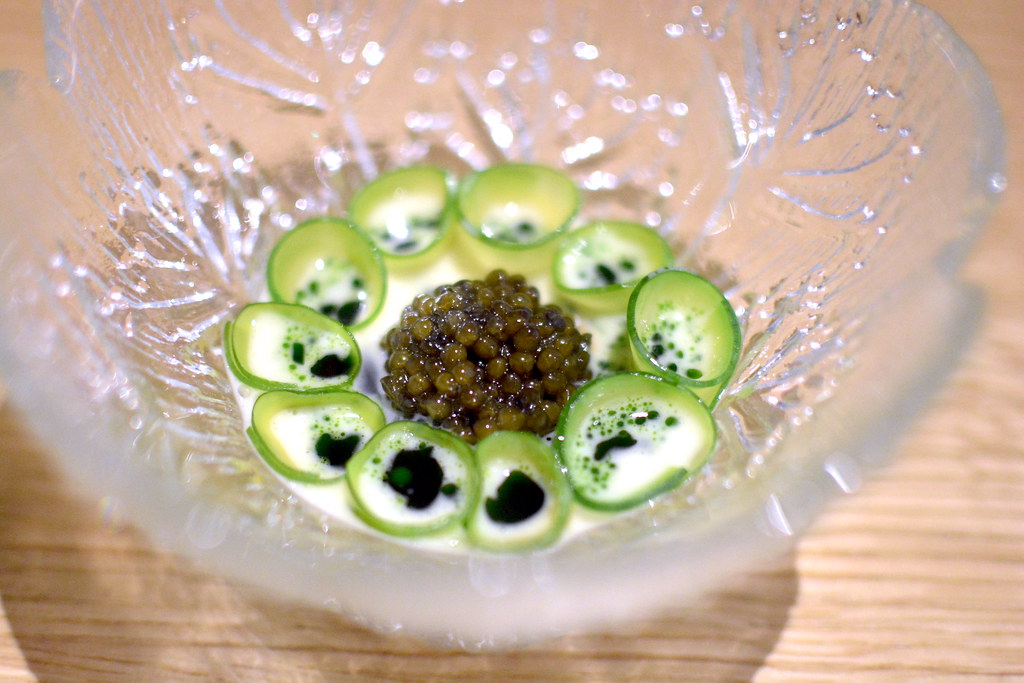 An outstanding dish of Astrea Kaluga caviar, Chinese celery, Dungeness crab, and smoked onion was served alongside the bread. According to the restaurant’s IG, this is one of the only dishes that was carried over from Kato’s West LA iteration. “The sauce is a shellfish stock that’s blended with koji and butter. To serve, we break it with an oil of Chinese celery and chive.” 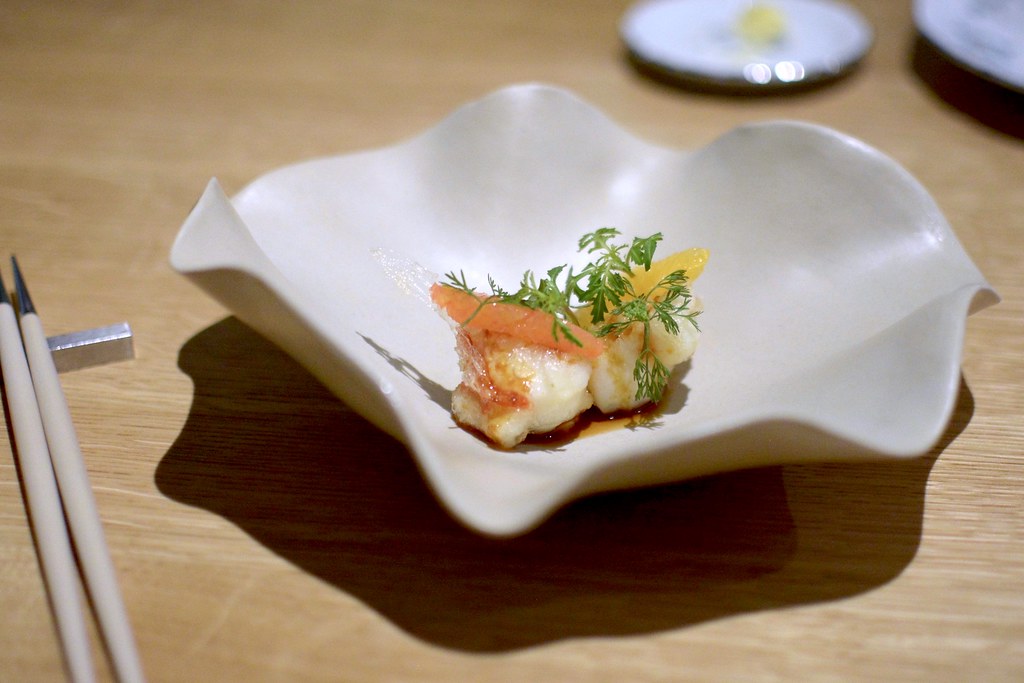 The Santa Barbara spiny lobster with sudachi and citrus was inspired by orange chicken. 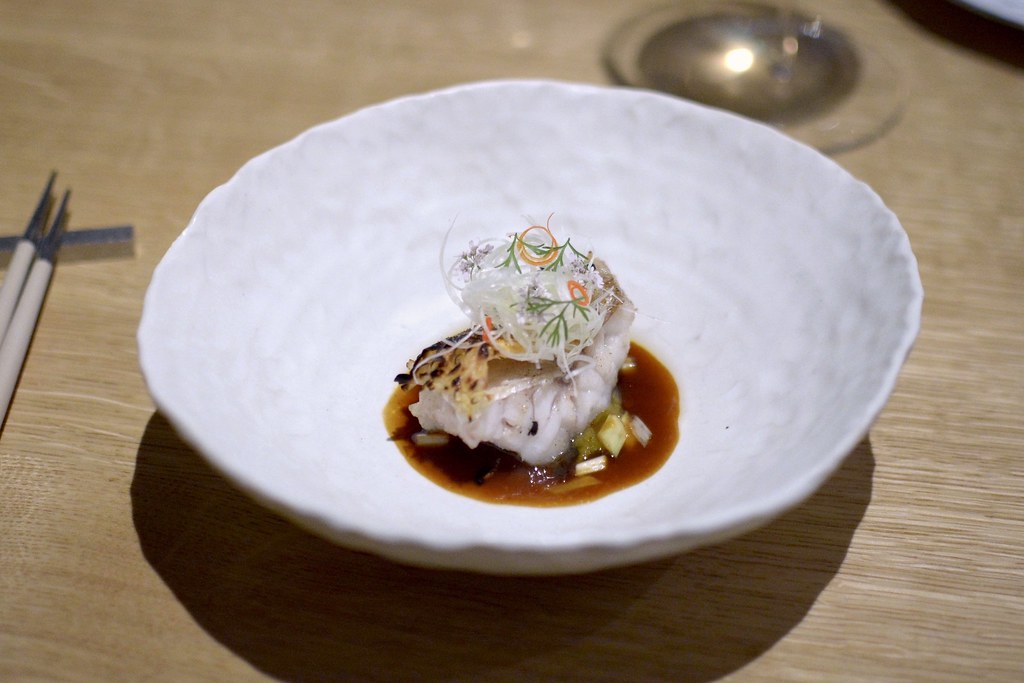 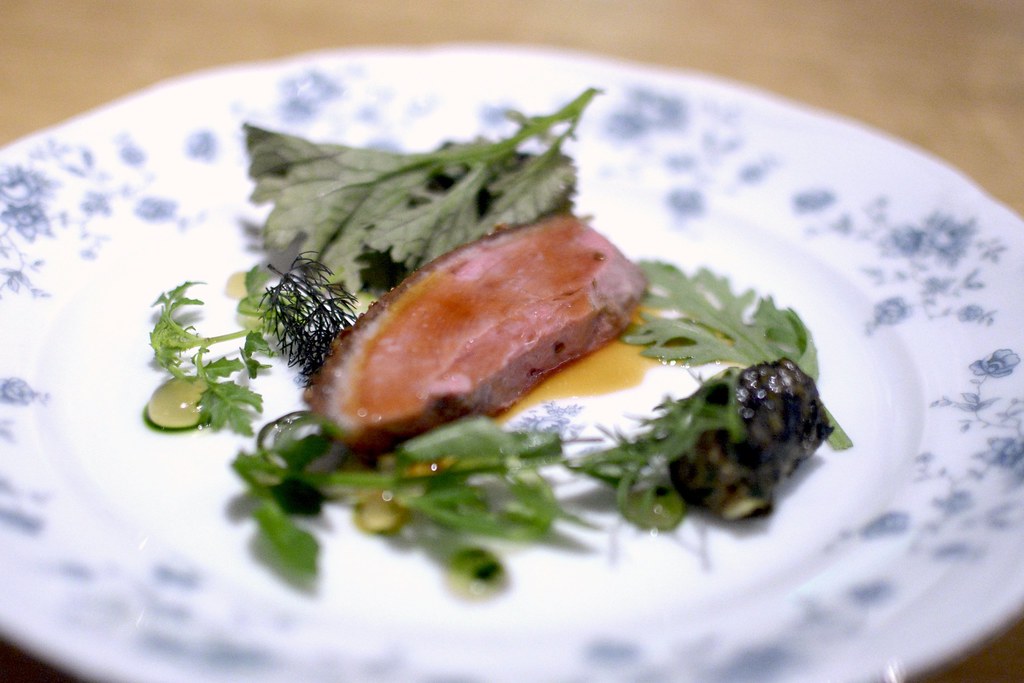 Next to arrive was the duck with menegi and duck sausage wrapped in perilla. 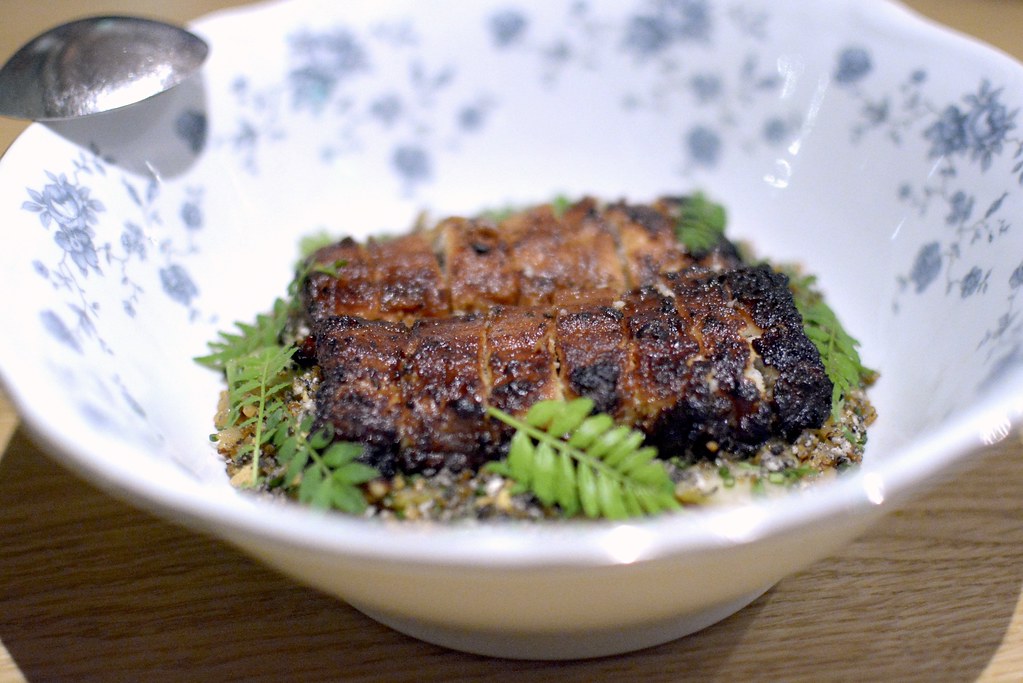 The final savory course brought a gorgeous filet of freshwater eel served on a bed of rice and cucumber. 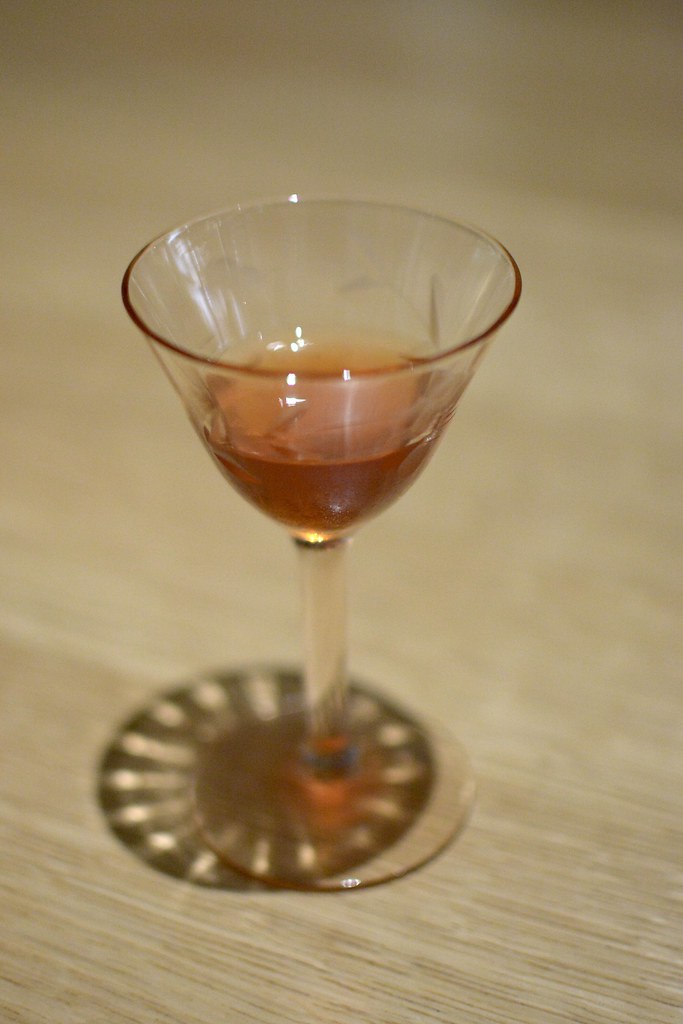 To transition our palates from savory to sweet, a smooth glug of 18-month-old umeshu made with Suntory Toki whisky, green ume plums from Nicholas Family Farms in Fresno, and Japanese rock sugar. 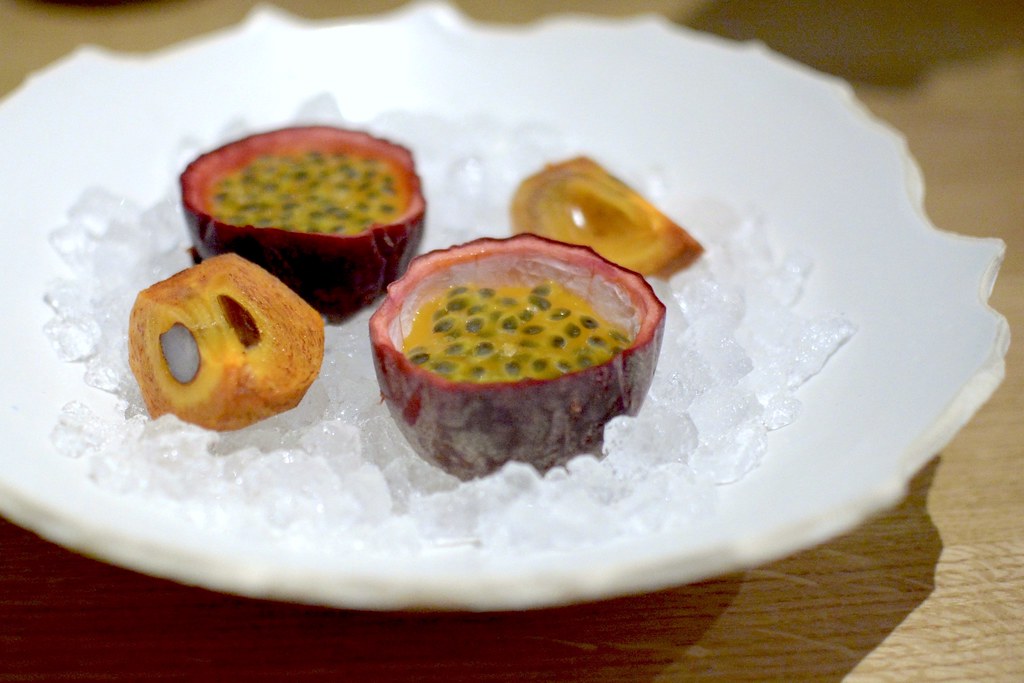 Dessert echoed the start of the meal with a series of four small bites. Served over crushed ice was fresh persimmon, along with passion fruit and buttermilk pudding served in the fruit’s leathery shell. 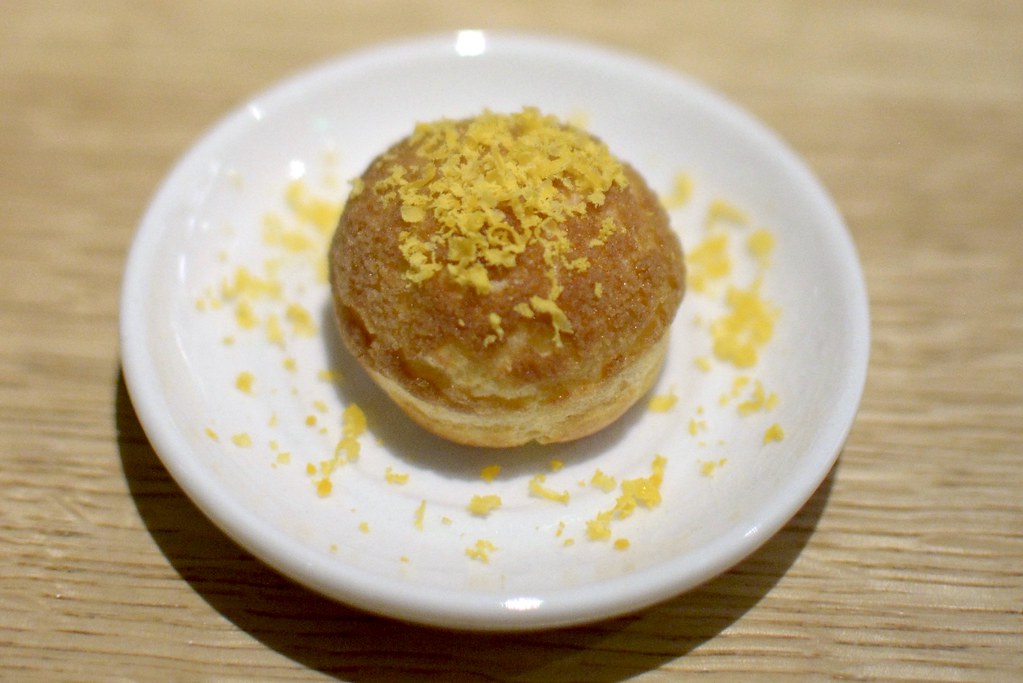 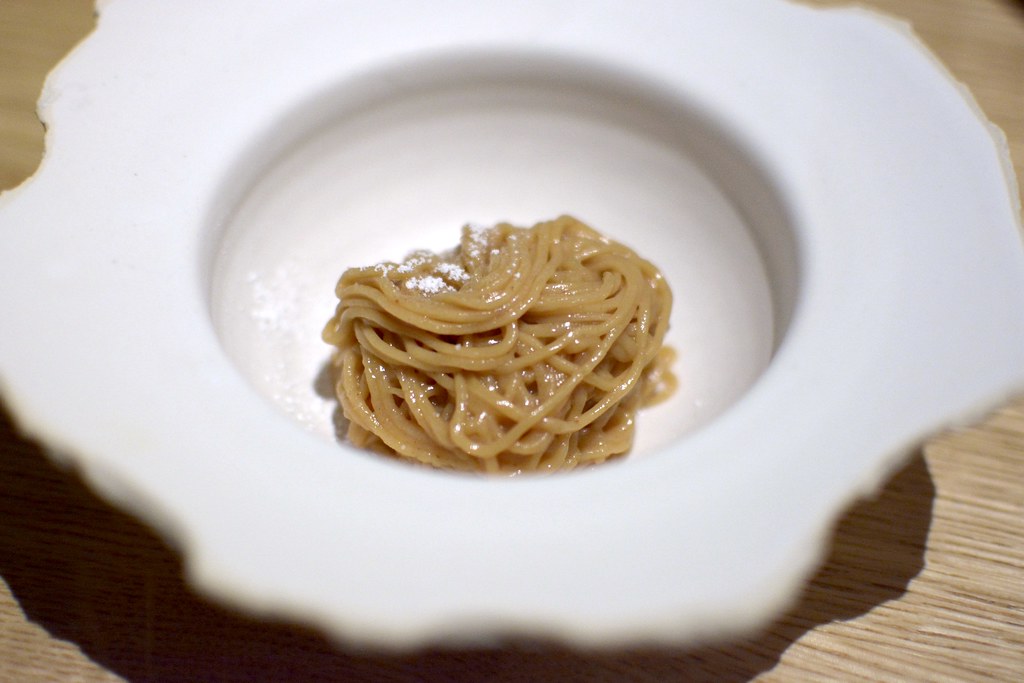 … and a hazelnut praline mousse with caramelized white chocolate made in the style of a Mont Blanc with Hachiya persimmons. 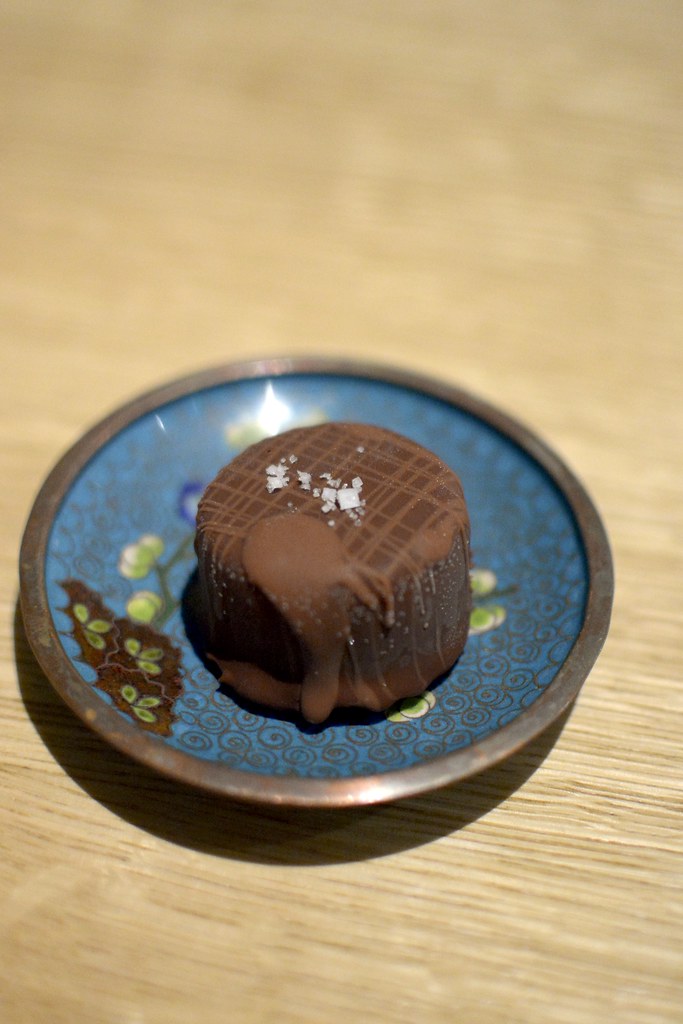 And finally, a coffee-flavored ice cream bonbon enrobed in a delicate coat of dark chocolate. My dining companions and I were given a black sesame sandwich cookie, along with a loaf of milk bread, as takeaways. Whatta night.