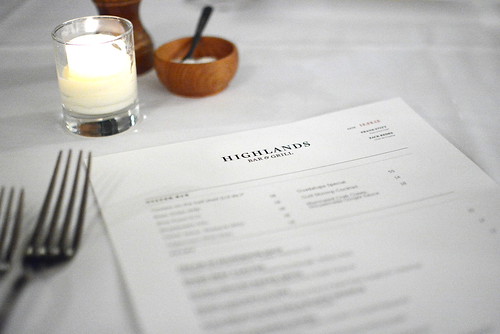 I hope it’s not too late to share with you my favorite meal of 2015? I mean, it’s only April 2016. The Astronomer’s parents, two of the most thoughtful people ever, gifted us dinner at Birmingham’s best restaurant while we were visiting for the holidays. Evenings out on the town are a rare treat for new parents, so we savored this one like you wouldn’t believe. 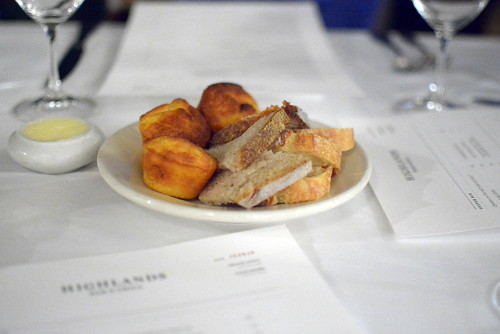 It had been far too long since we last dined at Chef Frank Stitt’s beloved and respected Highland’s Bar and Grill. In fact, our last meal here was back in 2009.

This evening’s feast began as it did in the past, with a trio of breads (country, white, and corn) served with butter. 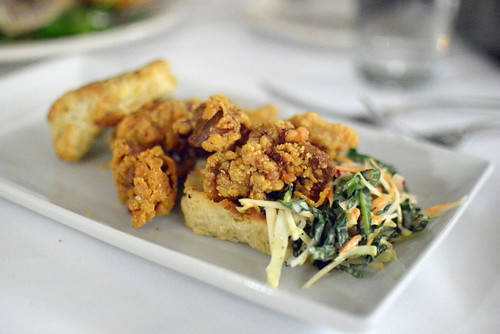 To start, “Fried Chicken Livers” ($10) served on a black peppercorn biscuit with a celery root and kale slaw and sorghum dressing. While every element on the plate was perfectly executed, it was the golden-crisp livers that we loved most. 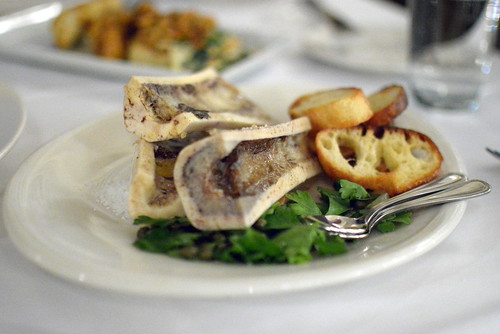 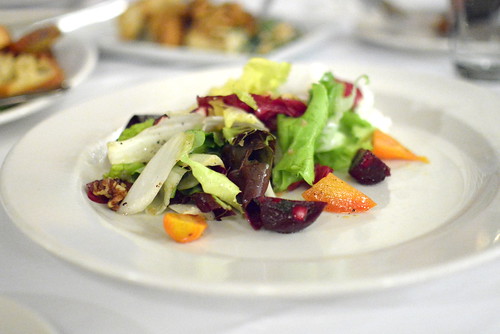 Our final starter, Paradise Farm Lettuces ($12) with Stone Hollow Goat Cheese, beets, toasted walnuts, and Grenache vinaigrette, served to appease any guilt we felt for indulging in fried livers and rich marrow. Vegetables are good for that. 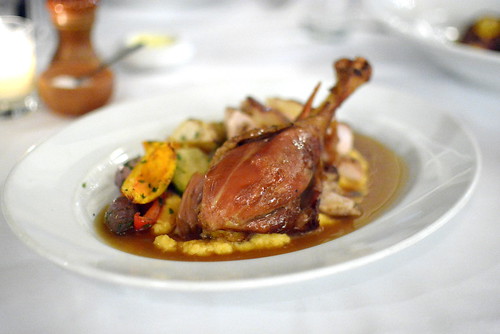 Slow-grown for 23 weeks (and castrated very young), the rooster was as flavorful, tender, and moist as the waiter promised. This was my first capon but certainly not my last. 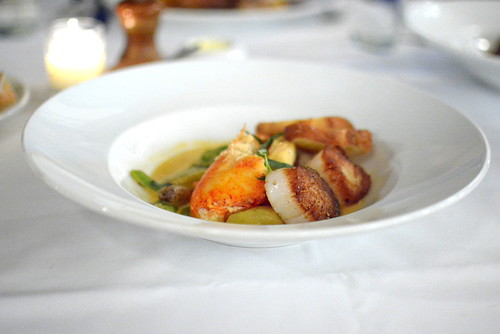 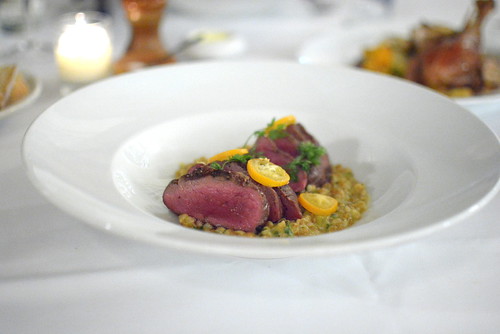 And finally, The Astronomer chose the “Grilled Venison” ($30) with Calabash squash farrato, leeks, and kumquats. It was seriously fantastic. 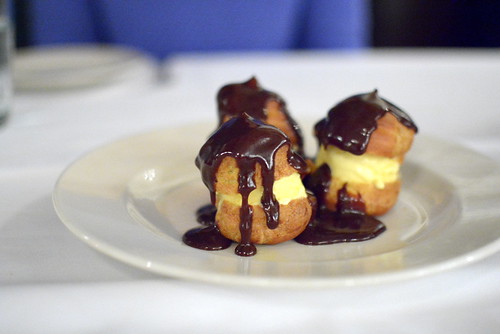 For dessert, we were hoping for a slice of “Frank’s Favorite Cake” but alas, the last serving was sold just moments before, so we settled on the profiteroles with cinnamon ice cream and chocolate sauce.