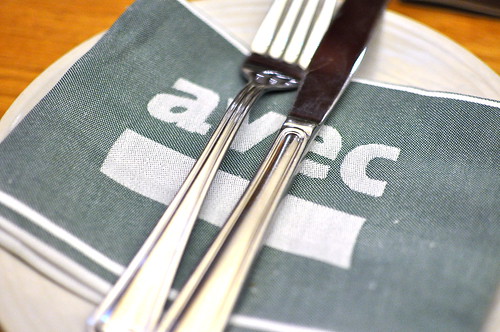 While it might seem silly to down four doughnuts just before dinner, it was necessary for survival in Chicago, where no reservation policies are the norm at the most popular spots in town.

Case in point: we arrived at Avec at half past seven on Saturday night and were finally seated near 10 PM at one of the cramped communal tables. Such is the life of a foodist in the Second City. #FirstWorldProblems. 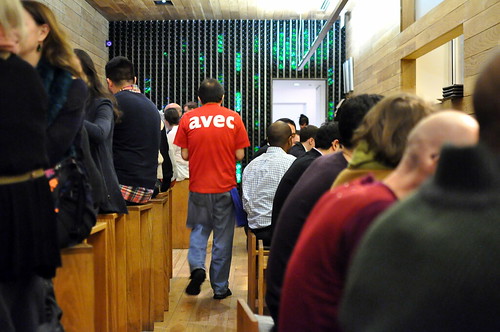 Opened in 2003, Avec serves a Midwestern interpretation of Mediterranean classics in small plates fashion. “Taking its cue from the regions of Southern France, Italy, Portugal, and the coast of Spain, Avec’s cuisine reflects the aromas, flavors and colors of the Mediterranean,” according the the restaurant’s website.

Chef Koren Grieveson helped open the restaurant in 2003, earning the James Beard Award for Best Chef Great Lakes in 2010. In 2013, Perry Hendrix, took over the kitchen. 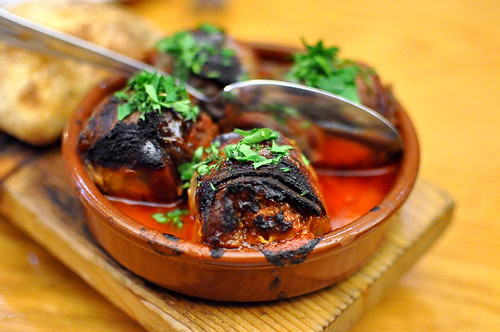 To start, an order of Avec’s famous chorizo-stuffed medjool dates with smoked bacon in a piquillo pepper-tomato sauce ($12). These meaty mouthfuls were sweet, spicy, and tangy all at once. Beautiful stuff, and maybe even worth a two hour wait. Maybe. 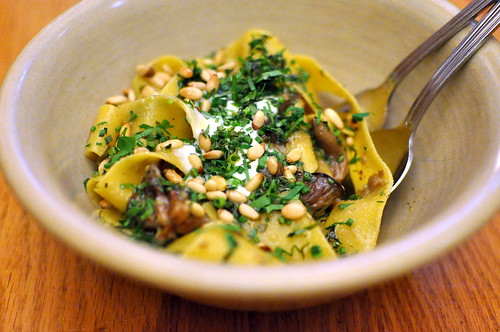 Since The Astronomer isn’t much into mushrooms, Cousin Jackie and I stepped up to the plate to polish off the hand-cut pappardelle pasta with mushroom bolognese, madeira, and crescenza cheese ($18). With noodles this silky and satisfying, it was quite an easy feat. 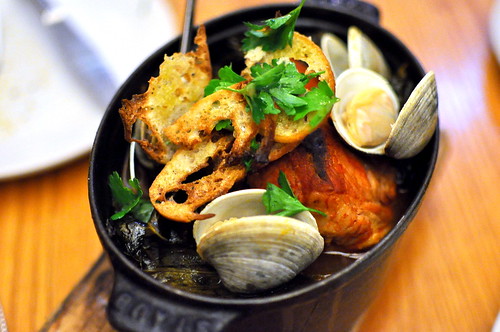 The heartiest dish of the night was the slow-roasted and slightly sweet pork shoulder ($24), a sizable hunk of pig cooked to fork-tender perfection. Accompanying the swine were clams, braised greens, potatoes, and Linguiça sausage. 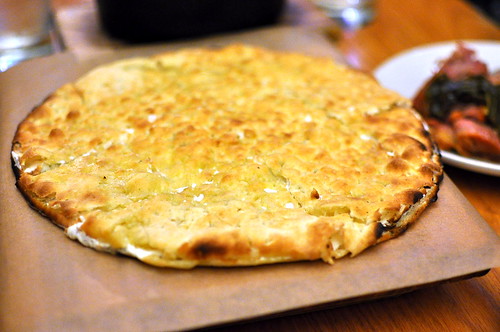 Our final dish was another one of Avec’s signature offerings, the “deluxe” focaccia with taleggio cheese, ricotta, truffle oil, and fresh herbs ($16). The generously portioned pie arrived on a piece of parchment paper placed over a butcher block.

The foccacia was like no other. Crisp along the edges and golden throughout, the pie sandwiched a duo of cheeses along with a shot of truffle oil. Even though we were contentedly stuffed following the pork shoulder, we made room for two slices each.

We wrapped up the savory portion of our meal at close to midnight, passing on dessert for a good night’s sleep. It can be tough being a restaurant-goer in this town, but man, it’s worth it.