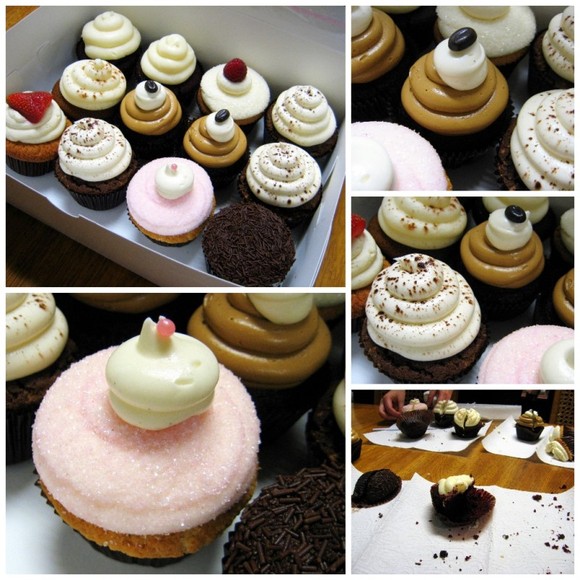 The cupcake trend, which got rolling with New York City’s Magnolia Bakery a couple years back, is still going strong on the Left Coast (although sadly not as strong as the Pinkberry fro-yo trend). I find cupcakes irresistibly cute and delightful, even though they’re totally overpriced and oftentimes look more delicious than they actually are.

On one very special day at work not too long ago, a colleague surprised the office with an impromptu cupcake party. He brought in a dozen from the Vanilla Bake Shop in Santa Monica. Amy Berman, the shop’s owner, was featured in the New York Times article entitled So, Sweetie, I Quit to Bake Cupcakes two summers ago. She is one of a handful of Angelenos who have left their day jobs to pursue their passion for baking. 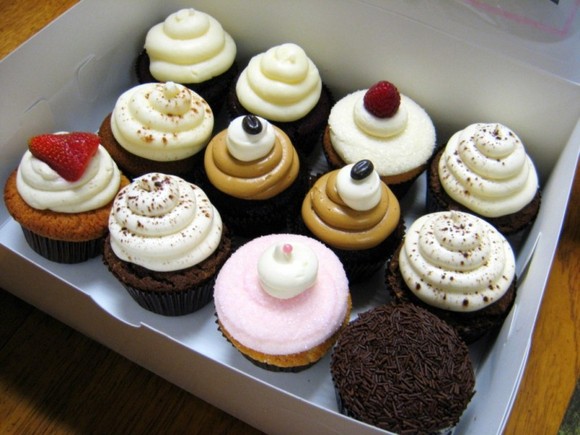 The Meyer Lemon Raspberry was the tastiest of the bunch, with a cool and tangy curd center. Mmm! The biggest disappointment was the Southern Red Velvet. Even though it was generously topped with a killer cream cheese frosting, the cake was drier than it ought to have been. See: Billy’s Bakery for a flawless Red Velvet. 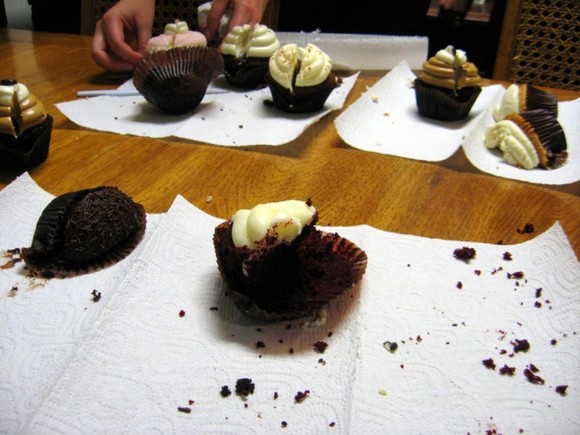 With the exception of the Red Velvet, Vanilla Bake Shop’s cupcakes are immensely pleasurable. While it would’ve been ideal to consume them on the premises, eating cupcakes in a conference room turned out to be a rather festive affair.