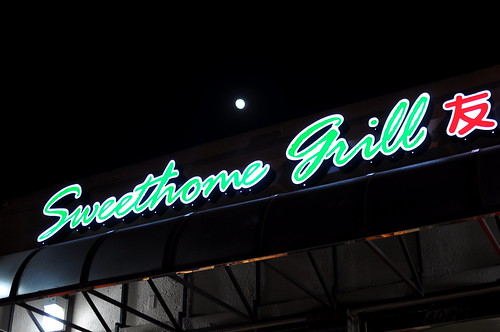 A drool-inducing roundup of the “Best Handmade Chinese Noodle Restaurants in Los Angeles” inspired me to gather a group of friends to check out Sweethome Grill, the top ranked restaurant on the list. Barely open for three months, Sweethome was packed when we came in for dinner on a Friday night—an auspicious sign in these here parts. 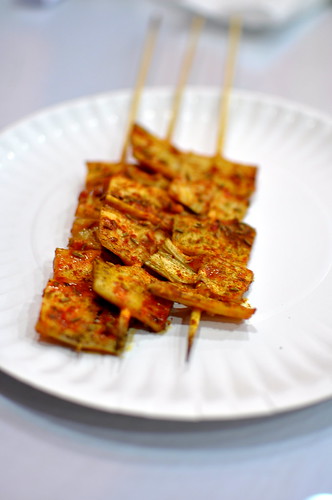 In addition to handmade noodles, Sweethome specializes in grilled meats on a stick with a Northern Chinese bent. Think: cumin and chilies. We ordered a slew of sticks to start at roughly a dollar piece. Considering the price point, we were mostly pleased with our selections.

The first stick to arrive was the chewy-as-heck beef backstrap. The Astronomer Google’d “backstrap” just as soon as we arrived home from dinner and discovered that this unusual cut is usually made into chewy nibbles for dogs. Oh, great. 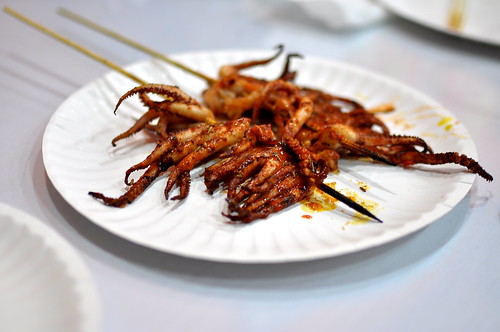 While I was hesitant to order seafood at a Northern Chinese restaurant, my friends insisted on some squid. I’m glad they took a  gamble because the tender and spicy squid was one of the best items of the night. 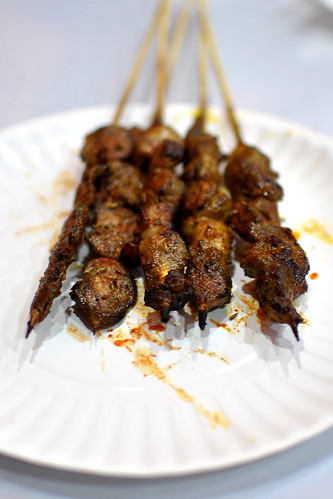 The next sticks on hand were skewered with lamb and lamb hearts. The meaty morsels had a slight edge over the offal ones. 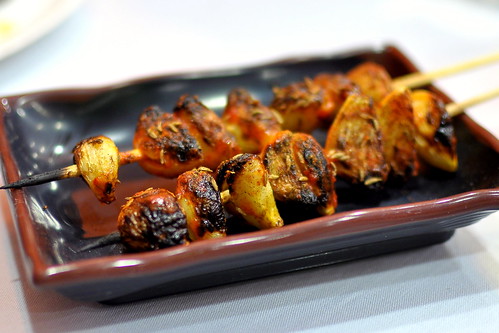 The grilled whole garlic cloves tasted of sweetness and smoke. 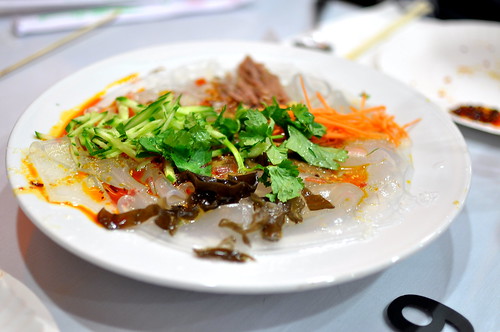 Taking a break from grilled items, we shared an order of the cold noodles. Topped with cucumbers, carrots, cilantro, and woodear mushrooms in a spicy and tangy sauce, the noodles were an absolute delight once I was able to get a hold of the wide and slippery strands. Don’t be ashamed to shovel here, it’s the only way to successfully eat this dish. 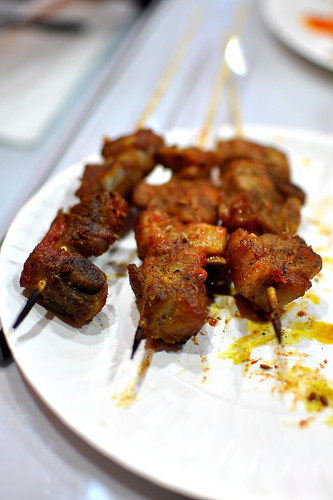 Another hit from the grilled menu was the bone-in short ribs. The combination of cumin and chilies worked well with these meaty and slightly fatty nubs. 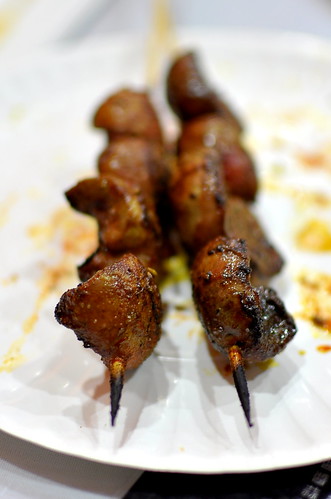 The lone bomb of the evening was the kidneys, which left a funky aftertaste that the spices couldn’t hush. 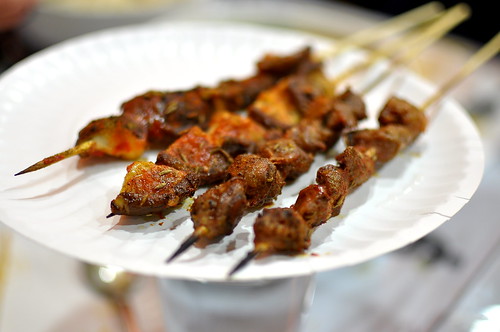 And finally, skewers of mushroom and gizzard. Both were pleasingly seasoned and terrifically textured. 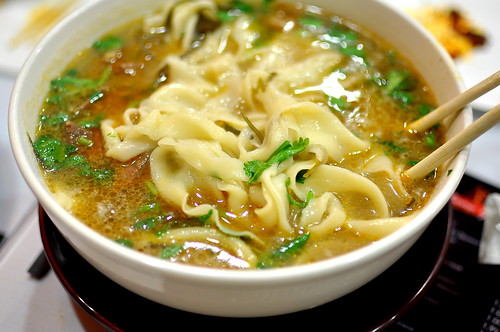 The parade of grilled stuff offered a fun start to our meal, but it was the hand-pulled noodles that we were really looking forward to. The bowl of beef noodle soup came jammed with a combination of hand-pulled and sweet potato noodles, cilantro, and seaweed. I loved how the noodles went on for miles, but found their texture a touch too mushy. I desired more bite with each strand. 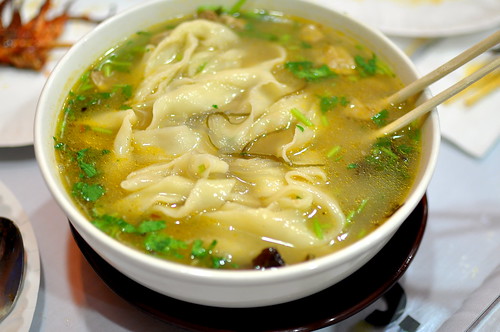 I preferred the lamb noodle soup’s broth to the beef broth, but the noodles were more or less the same—really fun to slurp, but not as toothsome as I had hoped. 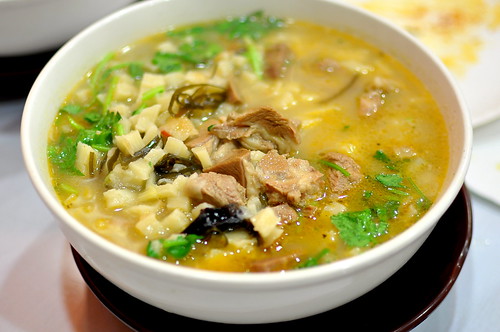 The final dish was a lamb stew served over torn bread called yang rou pao mo. The version here bypassed the tradition of tearing dense bread discs tableside, but the results were still delicious. The broth was incredibly fragrant, with bits of shredded lamb and glass noodles swimming throughout. The doughy confetti that filled the bowl was a fine enough substitution for the hand-torn crumbles.

Sweethome Grill has a lot of great things going for it—the food is solid and the prices are beyond fair. While I enjoyed most everything that we ordered tonight, no single dish was compelling enough to bring me in again. When it comes to hand-pulled noodles, this dude in Kunming is still tops in my book: