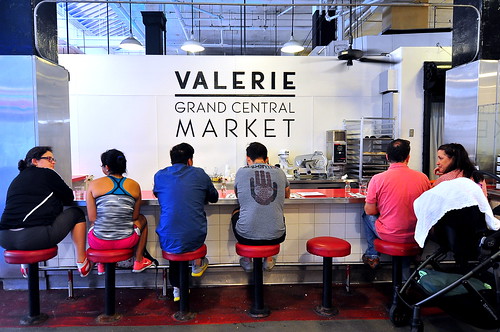 It’s been a banner year for Valerie Gordon and Stan Weightman Jr., the husband and wife team behind Valerie Confections. The dynamic duo, who first introduced L.A. to their outrageously good toffee, jams, and petit fours in 2004 with their storefront in Silver Lake, have expanded to Downtown’s Grand Central Market and most recently, to Echo Park. 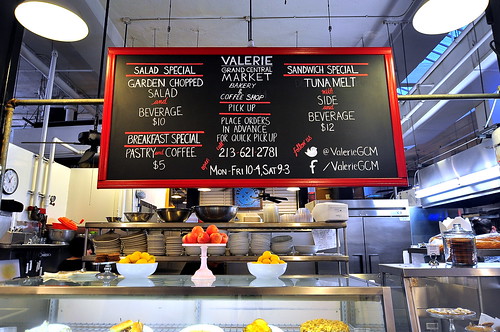 Valerie GCM opened in late May with weekday breakfast and lunch service, and introduced weekend brunch a few weeks later.

Whereas the Silver Lake shop is squarely focused on sweets, with the occasional savory hand pie available on weekends, Valerie GCM offers an updated take on the classic lunch counter slash coffee shop experience, fitting of its vintage environs. 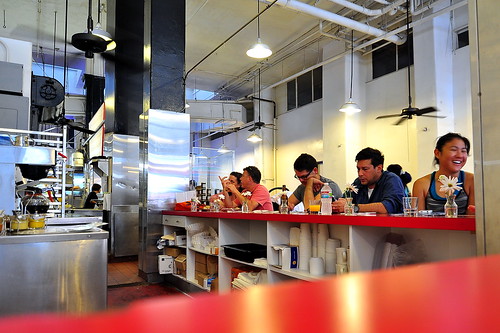 On the two occasions that The Astronomer and I visited Valerie’s, the counter was humming but not bustling, which made finding a seat a breeze and service very much on point. 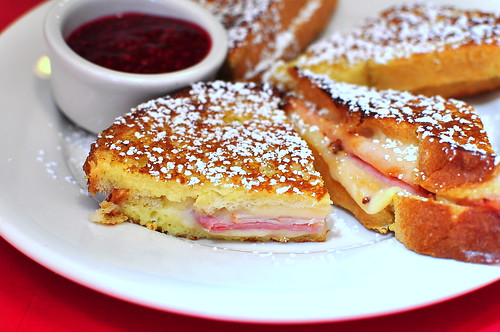 Since we’re hungrier than the average bears, The Astronomer and I shared three dishes for brunch. Up first was a a pitch-perfect take on the classic Monte Cristo ($11).

In between two custardy slices of battered French bread was jambon de Paris, smoked turkey, and Swiss cheese. A restrained dusting of powdered sugar, plus a side of Valerie’s prize-winning raspberry preserves, added the final sweet touches. 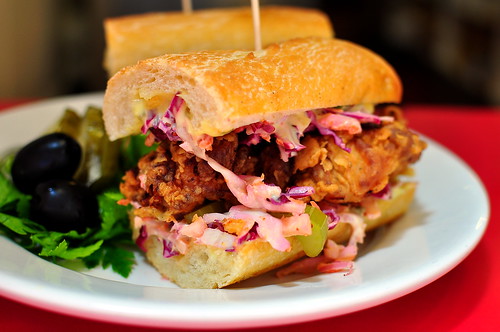 We also split the “Cold Fried Chicken Sandwich” ($10), a well-constructed and well-balanced creation consisting of a generous slab of fried Jidori chicken and honey mustard relish on a crusty sourdough baguette. Served on the side were house-made bread and butter pickles, olives, and a simply dressed parsley salad. 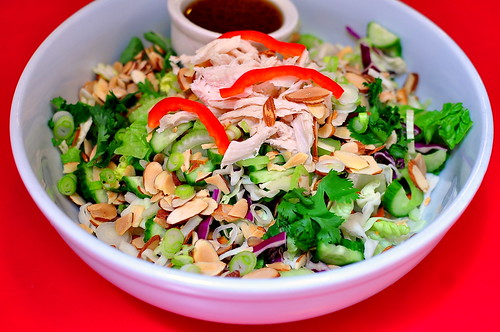 This gussied up version was tasty and certainly virtuous, but we couldn’t help missing the deep-fried crunch of wonton chips. 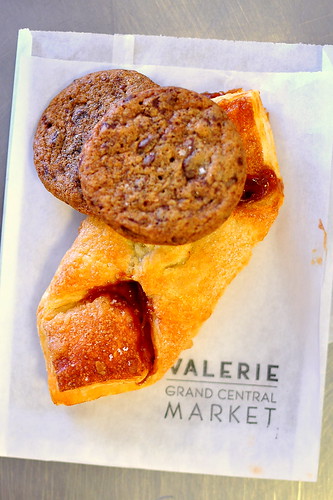 On the way out, I grabbed a “Salted Caramel Croissant” ($3.50) for later. The cool gal behind the counter threw in two chocolate chip cookies just because. Both were seriously fabulous in that sweet-salty way that I can’t get enough of. 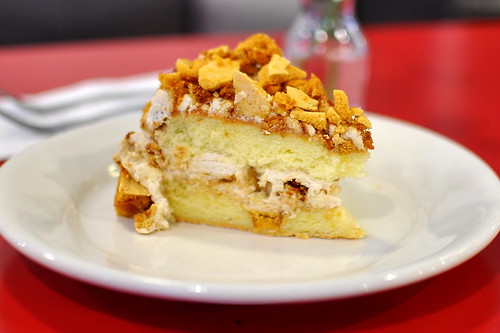 Valerie GCM also bakes up an impressive line of vintage cakes inspired by California’s most iconic sweets including Blum’s Coffee Crunch Cake, the Brown Derby’s Grapefruit Cake, and Chasen’s Banana Shortcake. The Astronomer and I shared a slice of Blum’s Coffee Crunch Cake ($6) on different visit and loved its honeycombed accents and plushy yellow cake.

The energy inside Grand Central Market has always been palpable, but with the influx of new vendors these past few months, especially Valerie’s, the entire place has been invigorated. Now, a delicate balance must be struck between new school and old school establishments. Here’s hoping that the Market’s developers get the formula right.
—