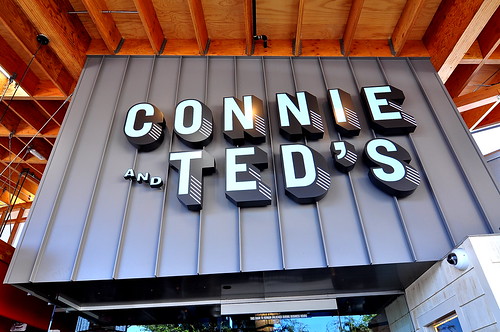 I’ve been pining for a taste of Connie & Ted’s ever since the restaurant’s plywood came down and signage went up this past May. Seafood, especially of the New England variety, is totally my jam, not to mention that the chef behind the shiny new WeHo venture, Michael Cimarusti, is one amazing talent.

Named after the grandparents who took him fishing as a kid in Rhode Island, Connie and Ted’s is a tribute to the food of Chef Cimarusti’s childhood. 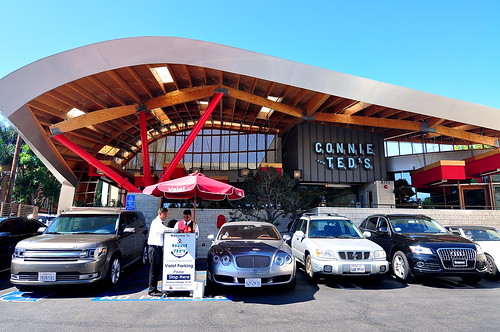 The consensus among friends who dined at Connie & Ted’s during its opening weeks was that the food and service were fine, with desserts being a highlight, but nowhere near the level where they ought to be considering the talented team in the kitchen.

On the flip side, the city’s critics have been mostly impressed with the “authenticity” of the cooking found here. L.A. Weekly’s Besha Rodell remarked that “Connie & Ted’s does by far the best job of re-creating the pleasures of that other coast” in her three-star review, while the L.A. Times’ Jonathan Gold remained vague but positive in his write up, calling the restaurant “neither a chefly interpretation of a Rhode Island clam shack nor a fantasia on the theme of New England seafood.” 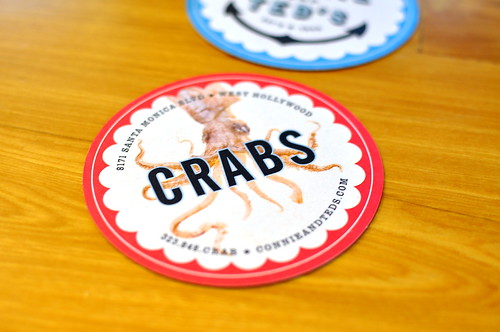 To make a call for ourselves, The Astronomer and I lunched here on a recent Sunday afternoon with our friend Darin and his girlfriend Shirley. We fumbled on the reservation front, but were seated adjacent to the bar not too long after arriving. 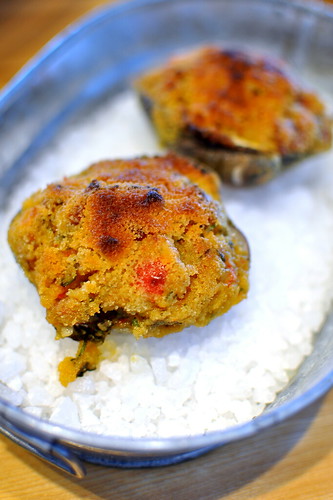 The lunchtime selection is more limited than at dinner, but everything that we desired was available.  We started with an order of “Stuffies” ($9), a chunky, chopped-up mix of clams, linguiça sausage, garlic, butter, and breadcrumbs stuffed and baked on a half shell.

The Stuffies’ stuffing was comprised mostly of sausage and breadcrumbs, making its texture that of mush. We desired more clams and less filler. 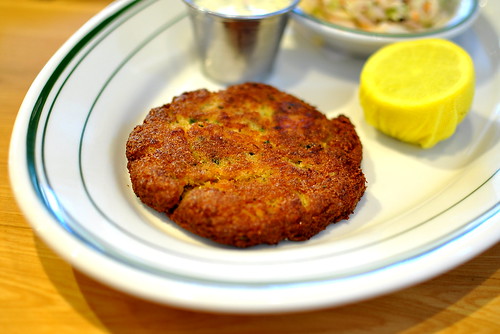 Nancy’s Peeky Toe Crab Cake ($12) was served alongside house-made coleslaw and tartar sauce. Thin, wimpy, and constructed from shaggy bits of meat, the crab cake was a real letdown. 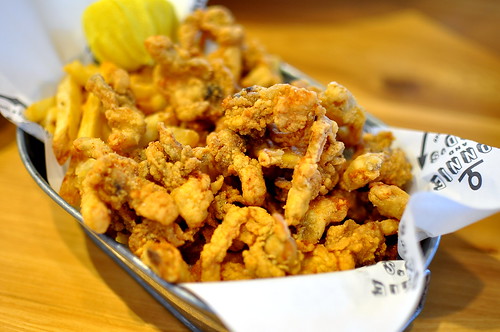 The fried clams with bellies ($16) fared a bit better—well-fried and not too greasy—but couldn’t touch the beauties I devoured last summer at the Clam Box in Ipswich. Perhaps it’s unfair to compare… 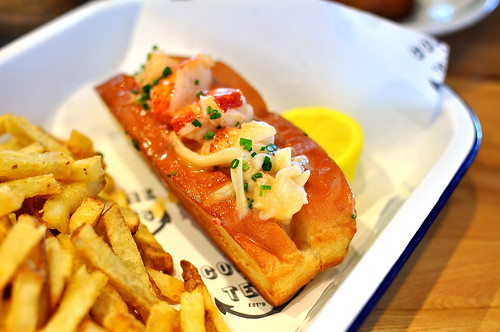 There was a lot to love about the Connecticut-style lobster roll ($20), especially the big hunks of lobster meat drenched in rich, drawn butter, but its over-toasted bun kept all swoonage in check. 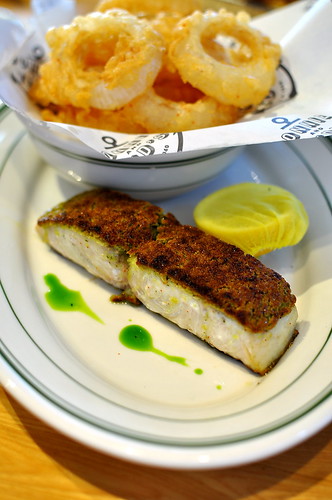 The “Grilled Catch of the Day,” which can be prepared plain, herb-crusted, or with herb oil and lemon, came with a side of our choice.

We opted for an herb-crusted sea bass ($23) with a side of onion rings. The table was mixed on this one. The Astronomer and Darin dug the herbs, while Shirley and I thought the filet was too dry. We all agreed that this dish wasn’t a slam dunk. The onion rings, on the other hand, were damn good. 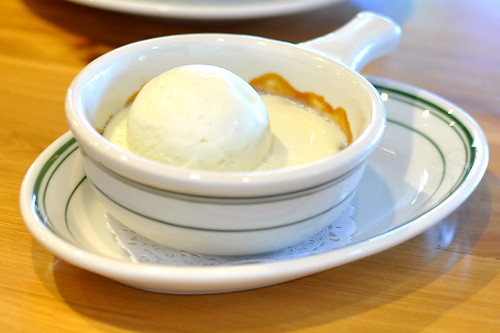 We wrapped up our lunch with a trio of sweets. The Indian Pudding ($8), a “classic New England cornmeal and molasses pudding” served with vanilla ice cream, was well-spiced and quite nice. 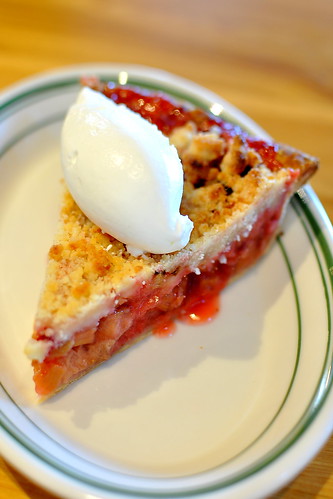 As was the Strawberry Rhubarb Pie ($7). The tart filling and buttery crust were very much to The Astronomer’s and my liking. 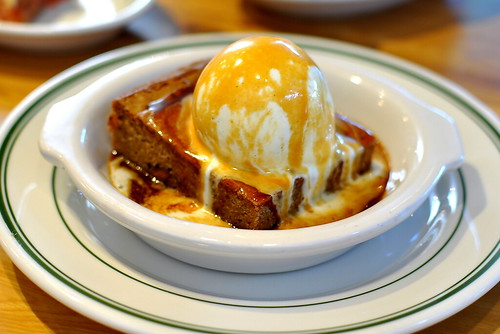 Darin made a great call ordering the blondie ($9), which was served up warm with a big scoop of vanilla ice cream and a drizzle of salted caramel sauce.

Lunch at Connie & Ted’s had its highs and lows, and I left feeling neither thrilled nor completely disappointed with our experience. It was a strictly middling affair, and thus I’m in no rush to return.