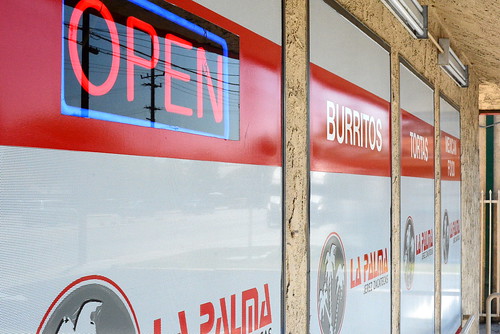 Work has been busier than ever, which means lunching on leftovers most days while basking in the glow of my computer screen. It’s a highly productive routine, but a girl’s just gotta take a burrito break sometimes. Amirite? One recent Friday, I gathered a posse of burrito-loving colleagues and headed to El Monte. Both Bill and Jonathan have vouched for Burritos La Palma‘s muy excellente wares, so I knew we were in for a treat. 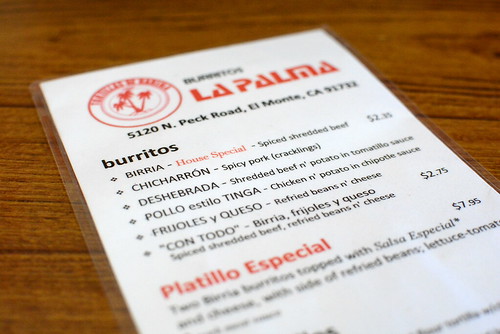 La Palma is a traditional burrito stand from Jerez, Zacatecas. According to Bill, the Bañuelos Lugo family opened the first one in 1980 on Las Palmas Street. This location is the mini-chain’s tenth total and the first in the U.S. 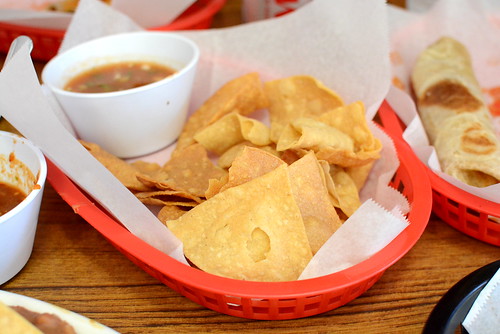 Even though La Palma looks like a fast-casual establishment with its prominently displayed register and menu board, the restaurant offers full service at lunchtime. While our burritos were being made in the kitchen, a basket of chips and salsa kept us munching and happy. 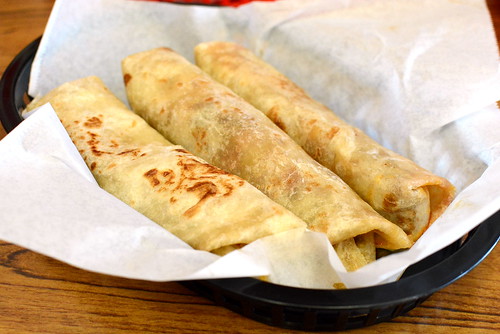 I ordered a lot of food this afternoon knowing that The Astronomer would appreciate what I failed to finish. I love that guy.

First up was a trio of burritos ($2.35 each): birria (spicy stewed beef), deshebrada (stewed beef with potatoes in a tomatillo sauce), and chicharrones (pork rinds cooked in salsa). All were wrapped in flour tortillas that were handmade on site.

My favorite of the trio had to be the chicharrones. Something magical happens when fried pork belly is transformed into a stew—its texture turns awesomely spongy, soaking up liquids beautifully, yet it retains the perfect amount of bite. 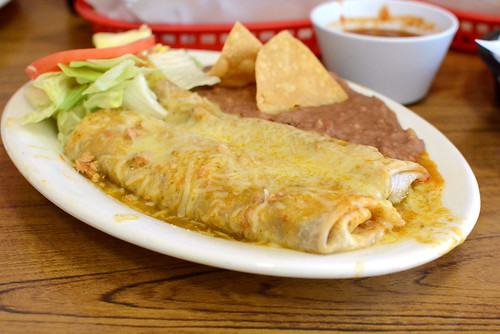 I also ordered the Platillo Especial ($7.95), a knife and fork affair consisting of two birria burritos dressed up with cheese and a meaty salsa and served with refried beans and an iceberg salad. While the salad was pretty pathetic, the smothered burritos and beans were quite tasty.

Thanks for a break from the monotony, La Palma. I’ll try to bask in your glow again before too long.