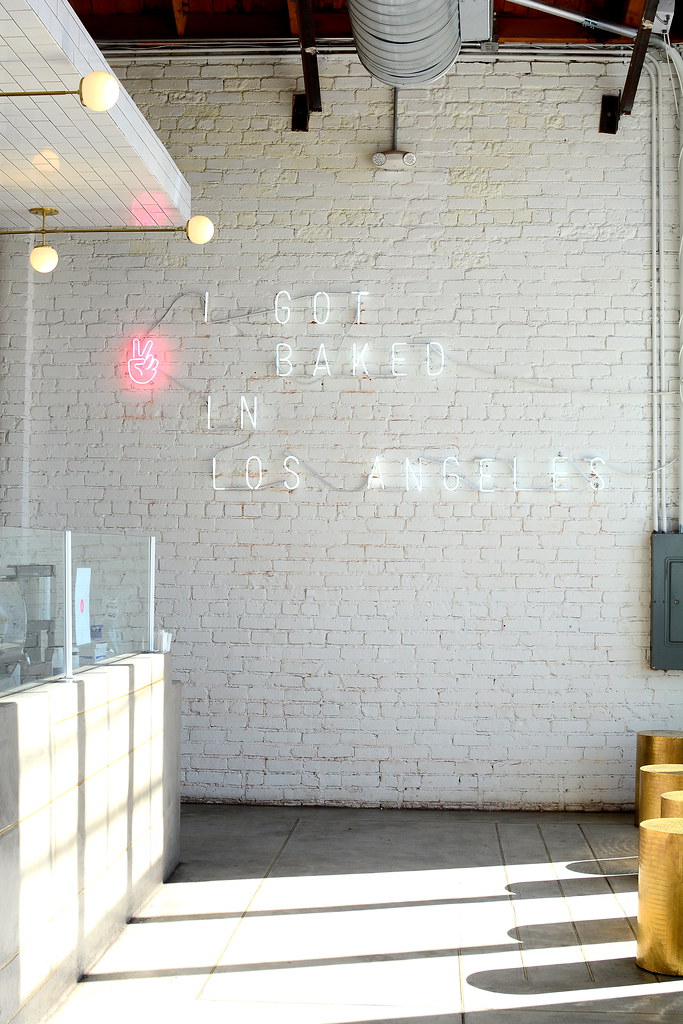 If flaky pastries are just what you crave, then it’s time you get baked at Mr. Holmes’ place in Highland Park. Here, laminated dough, which requires a laborious process of folding butter into dough numerous times to create very thin alternating layers, is elevated to an art form. Every bite brings a rush of richness and hundreds of flaky, airy layers. 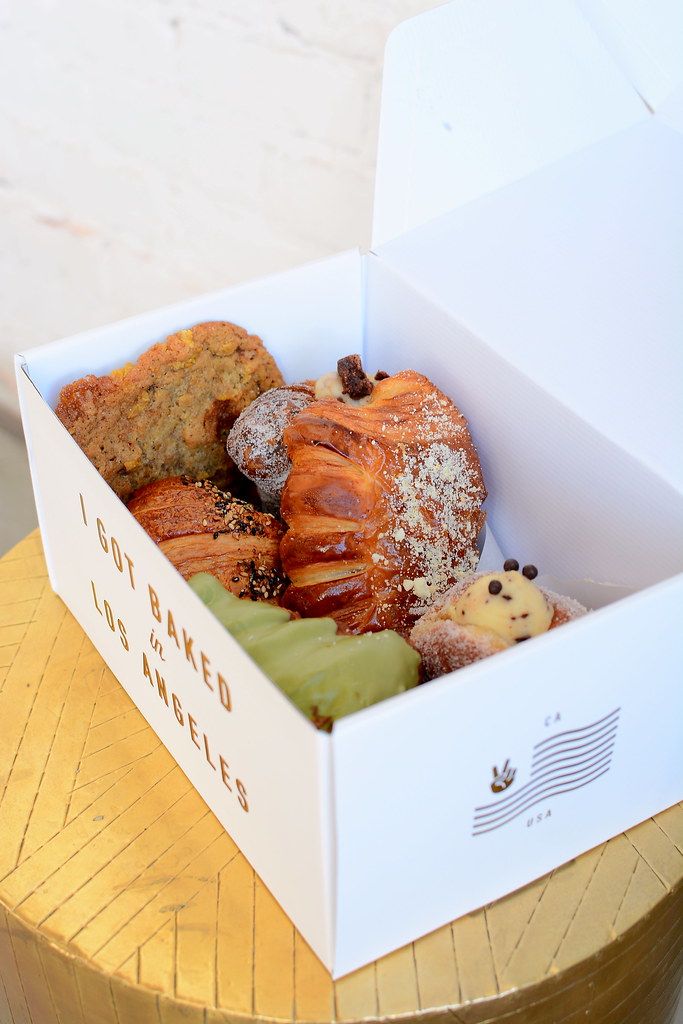 The original Mr. Holmes was opened by Chef Ry Stephen and business partner Aaron Caddel in San Francisco in 2014. In the past two years, Bakehouses have popped up in L.A., O.C., and even Seoul, Korea.

To fully take in the Mr. Holmes experience, my girlfriends and I picked out half a dozen of the shop’s greatest hits to share. 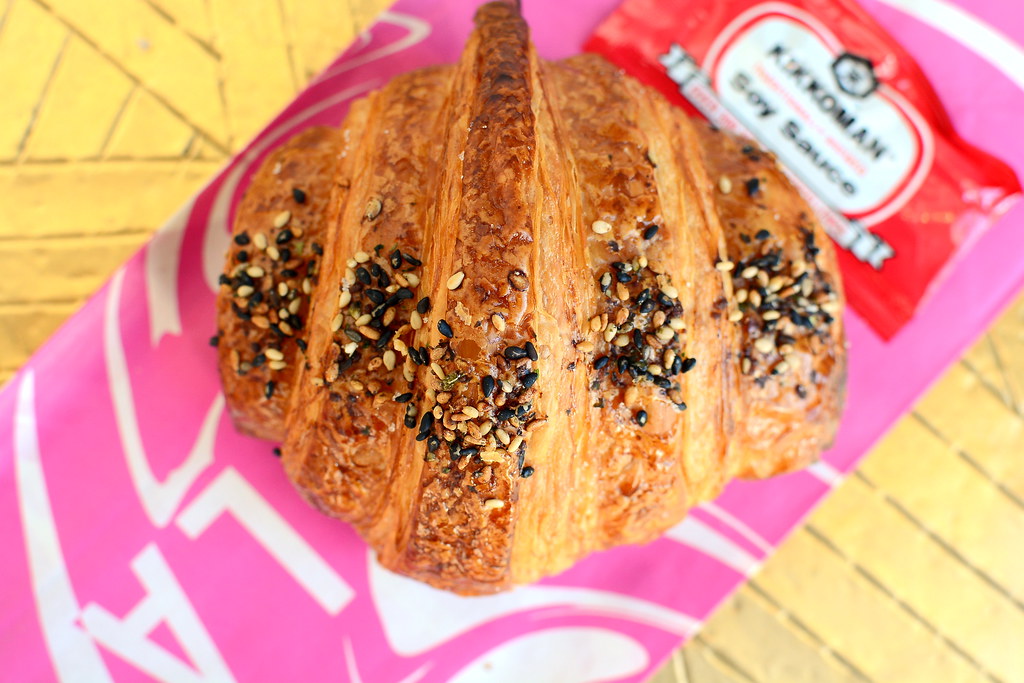 First up was the intriguingly savory California Croissant ($5) stuffed with smoked salmon, ginger, wasabi, and seaweed. I liked how the nori permeated every bite, but would’ve preferred the smoked salmon in a silky state rather than in its shelf-stable cooked one. 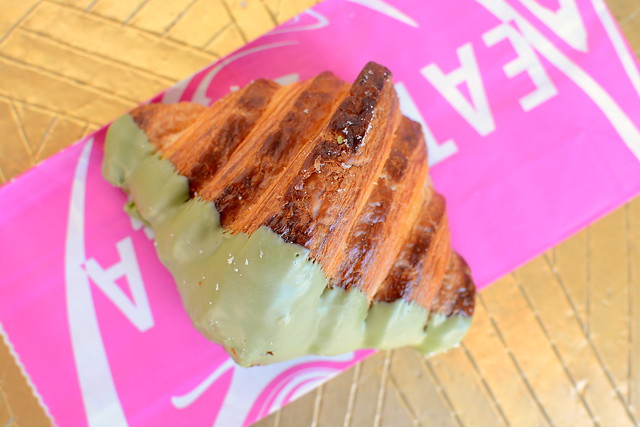 The Matcha Croissant ($4), essentially a plain croissant with a green tea-infused white chocolate coating, really delivered with its balanced sweetness. 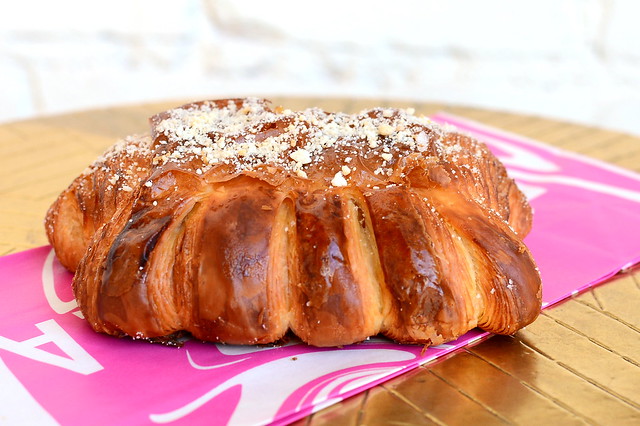 While the principle laminated dough remains constant at Mr. Holmes, the filling flavors for most of the pastries change from week to week. Today’s bear claw ($4.50) came piped with cookie dough mousse and was as decadent as anticipated. On an earlier visit to Mr. Holmes with The Astronomer, we shared one with a strawberry jalapeno mousse that was deliciously different. 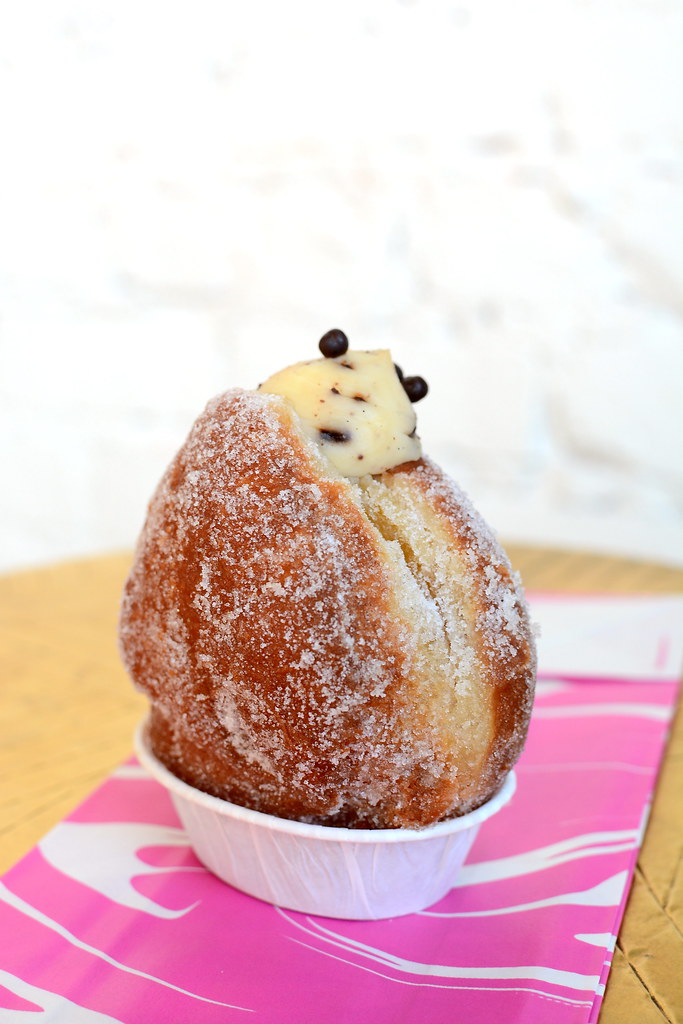 Mr. Holmes’s doughnuts ($3.50) aren’t the most delicate yeasted specimens, but that’s nothing that 7 seconds in a microwave can’t fix. 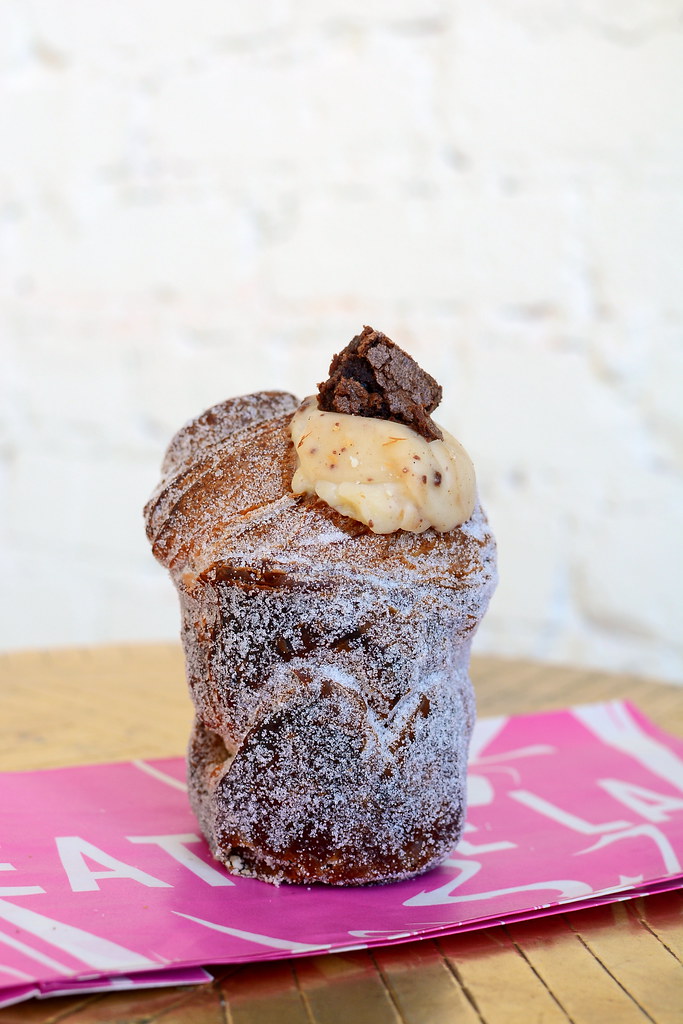 The Cruffin ($4.50), a muffin-croissant hybrid, is the most famous of Mr. Holmes’ offerings. Today’s version came piped with vanilla bourbon brownie. Its unique tubular shape made for an extra-crispy sugared exterior and a plunge of flaky, buttery pastry. 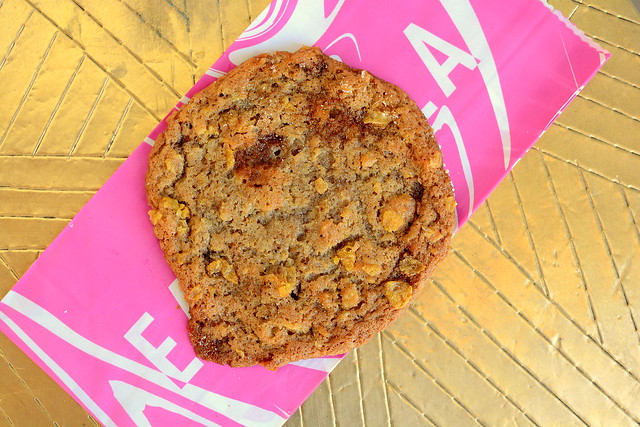 The surprise hit of the afternoon was the Cornflake Cookie ($3), brown butter toffee and cornflake cereal baked into a crisp yet moist cookie.

Mr. Holmes Bakehouse is the kind of spot any neighborhood would be lucky to have. The hip and welcoming ambiance, coupled with a plethora of pastries, makes for an inviting space to enjoy the sweeter things in life.