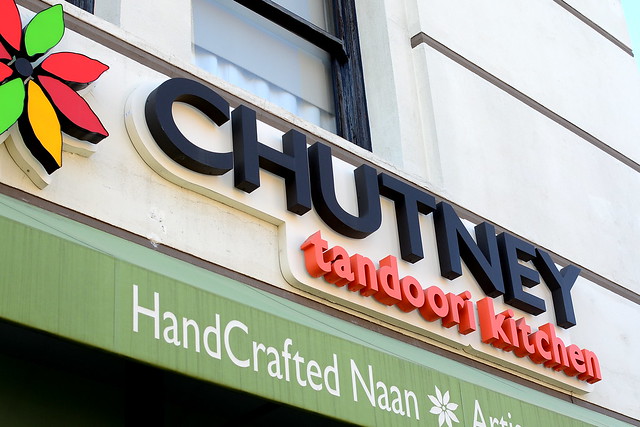 When the mood for Indian food strikes but time isn’t on our side, The Chaplins head to California Chutney for our South Asian fill. This fast-casual spot in Old Pasadena opened two years ago, and we’ve been fans since the start. 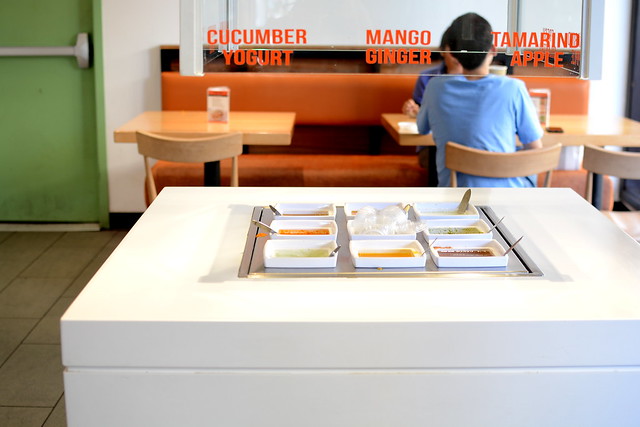 The menu isn’t expansive, with just six “proteins” to choose from (chickpeas, paneer (cheese), lamb, shrimp, and two kinds of chicken). Everything is boldly spiced, so when you see a dish denoted with three chili symbols on the menu, get ready for some serious heat. On a previous visit, the “Lamb Keema” made us sweat.

A notable aspect of the restaurant is the made-from-scratch chutney bar that includes traditional varieties like tamarind and cilantro, as well as more inventive concoctions like cinnamon-pineapple and mango-ginger. 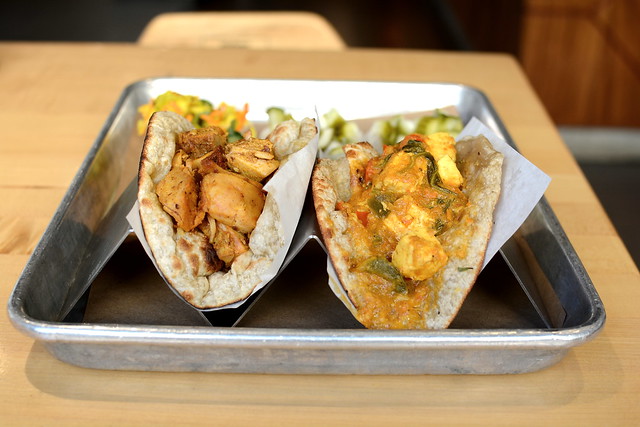 June and I usually order two “Naan Tacos” ($8.80) to share. The “Paneer with Kale” is my filling of choice, while June tends to favor the “Tandoori Chicken.” While the fillings are both very good, it’s the house-made naan that keeps us coming back.

The yogurt-based flatbread is freshly prepared throughout the day in the restaurant’s tandoori ovens. It always tastes super-fresh, with a texture that’s tender and wonderfully chewy. We always order an extra piece or two on the side ($1.75 per piece). 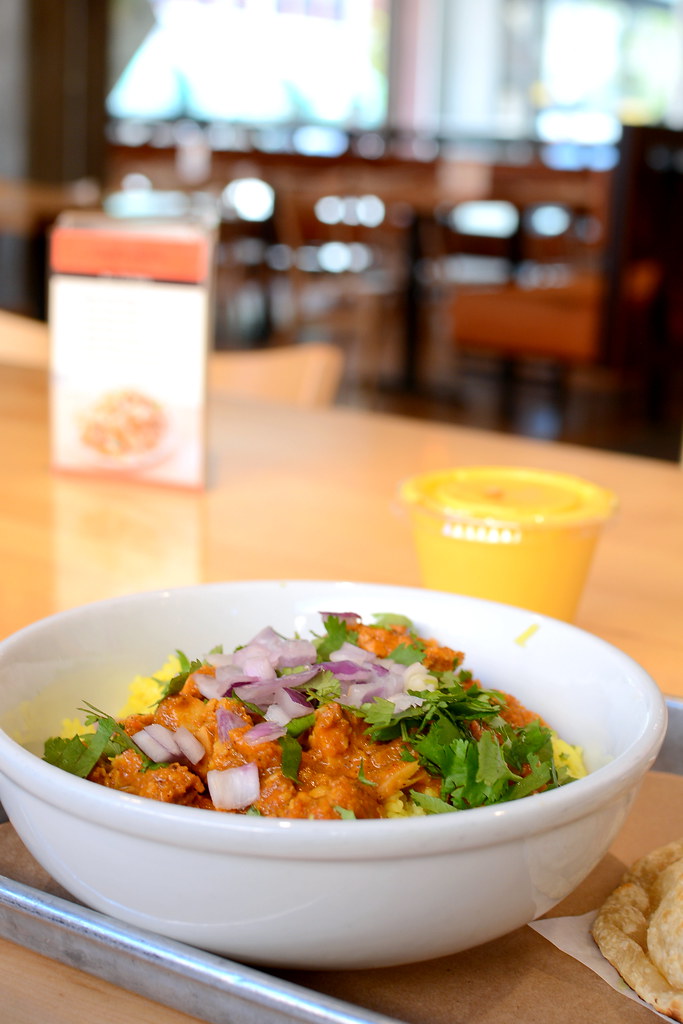 Chutney offers a variety of toppings, like salad greens and such, but we prefer to keep things pretty basic with just fresh onions and cilantro. A mango lassi on the side is a must. 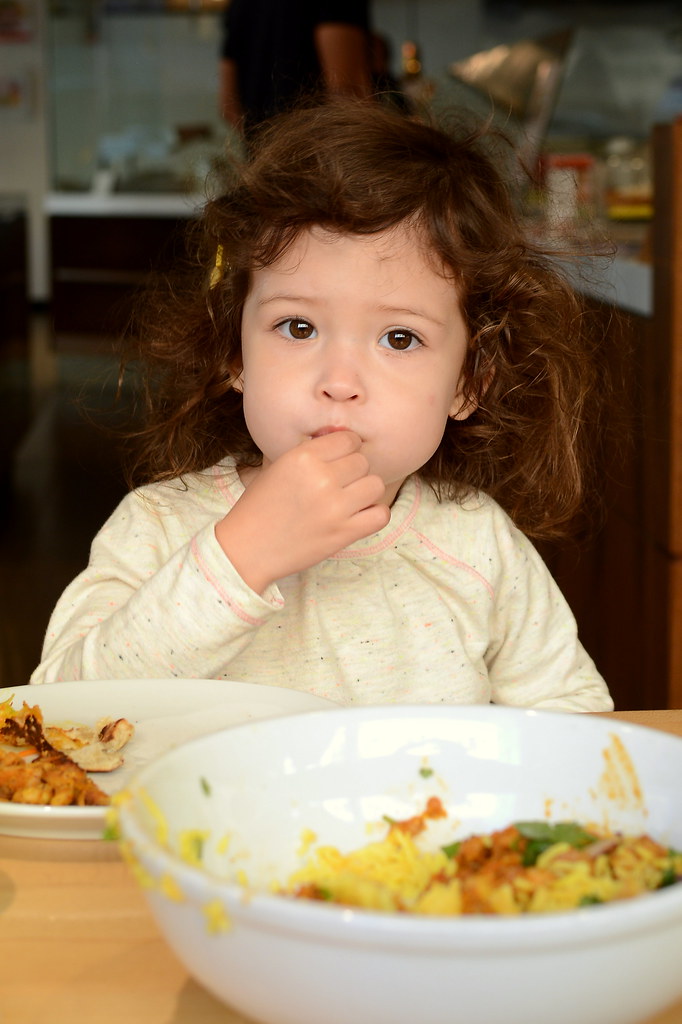