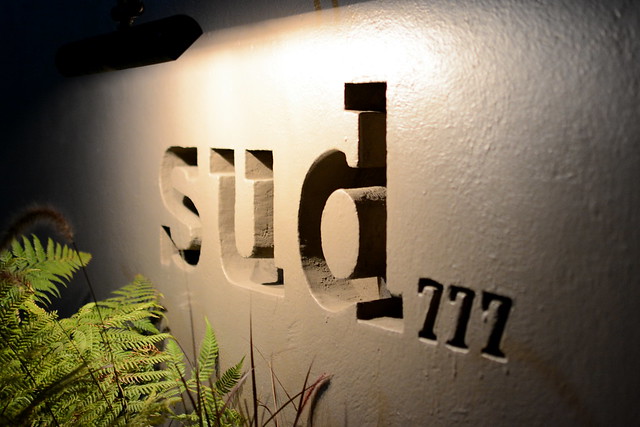 As soon as our plane touched down just after 5 PM, we navigated the city’s metro system to our hotel and Uber’d to dinner soon after. 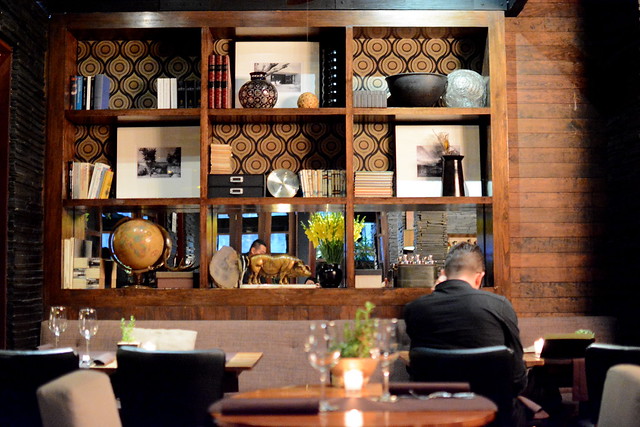 At the recommendation of my trusted friend Bill, we dined at Sud 777 for our first meal in the city. Here, chef and co-owner Edgar Nuñez serves his take on Mexican cuisine in a gastronomical oasis just south of the city center (hence, the restaurant’s name).

Prior to opening Sud 777, Chef Nuñez staged at some of the finest restaurants in the world including El Bulli in Spain, Paul Bocuse’s restaurants in France, and Noma in Denmark. The Chef’s reverence for Mexico’s local flavors and ingredients, coupled with his global training, have influenced his cooking at every turn. 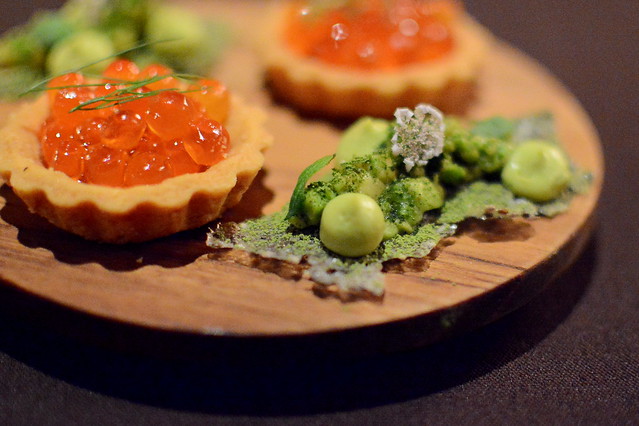 The Astronomer and I both ordered the evening’s tasting menu (950 pesos) with wine pairings (450 pesos). First up were two small bites: a trout roe tart with agave syrup and an earthy-bitter wafer of avocado, basil, and green tea. 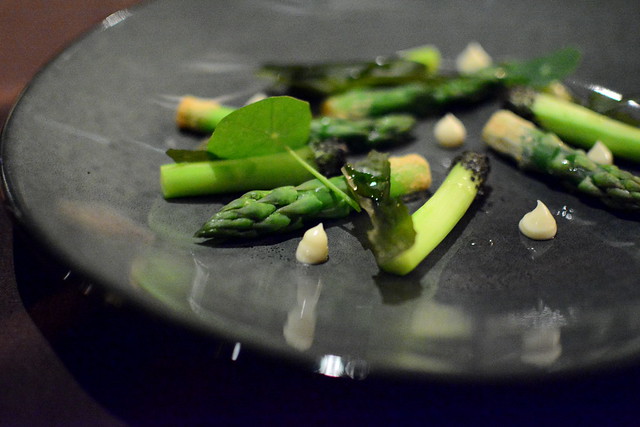 The first official course had a distinctly new Nordic way about it. Asparagus spears, still snappy and wholesome, landed on the table with a bit of algae, shrimp dust, cress, and pepper. The plate’s creamy blobs, reminiscent of fermented shrimp paste, paired exquisitely with the vegetable. I adored this course’s simple yet satisfying flavors. 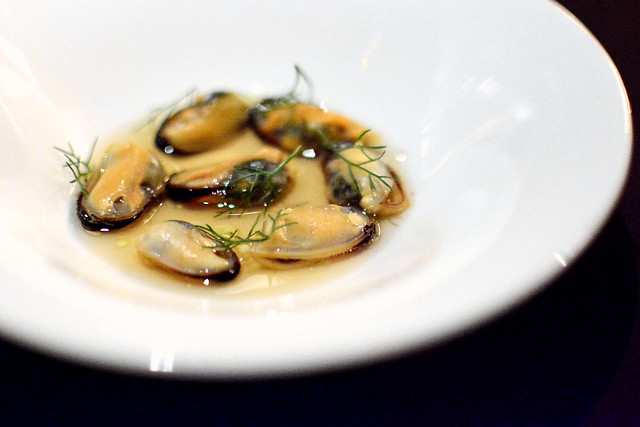 And then there were mussels, plump and briny, served in a rich beef oxtail consommé. This seemingly restrained composition delivered on all fronts. 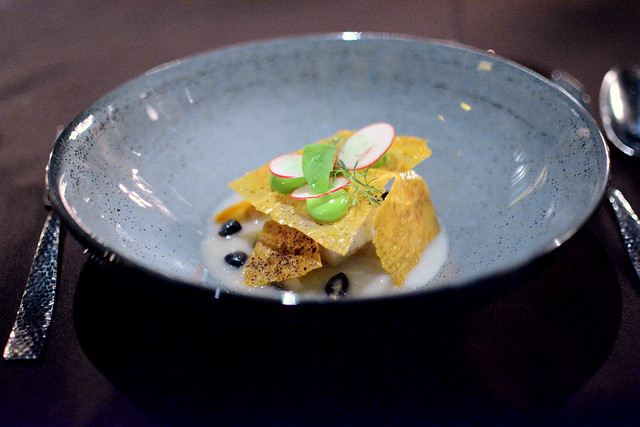 The day’s catch, a black cod, was served in a roasted chicken atole sauce with blue corn kernels and chicken skin. The chicken skin brought the oomph, like only it can, while the fish and sauce served as milder foils. 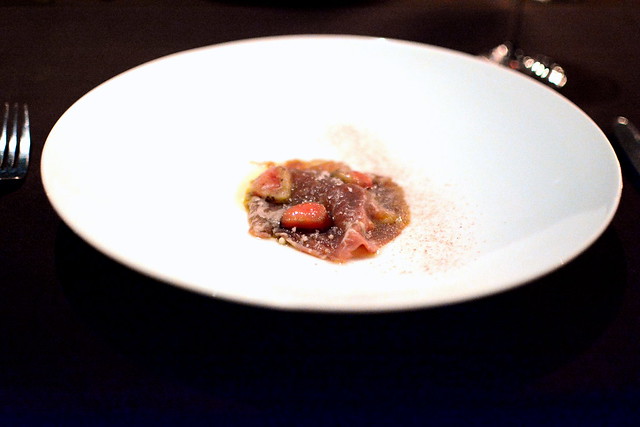 The best dish of the night wasn’t the prettiest to behold, but the beef cheeks with escamoles (ant eggs) and bone marrow was insanely good. Delicate from top to bottom, each ingredient delivered deep, rich flavors that were unexpected but wholly harmonious. This one took us by surprise in the best way. 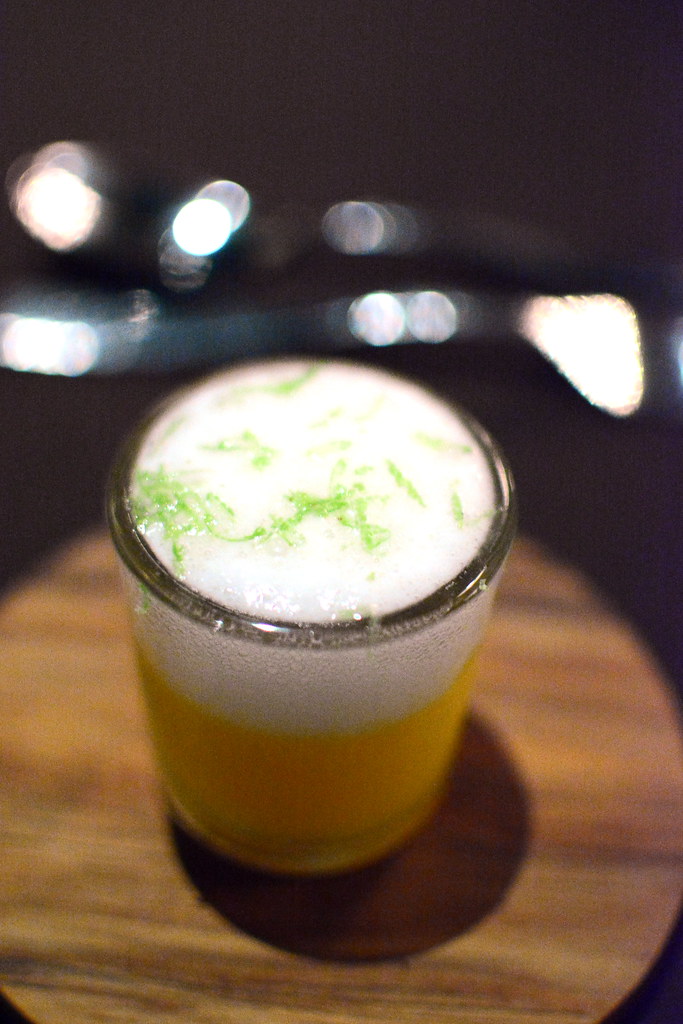 Transitioning to sweets, we were served a very refreshing mango jelly with mezcal foam. 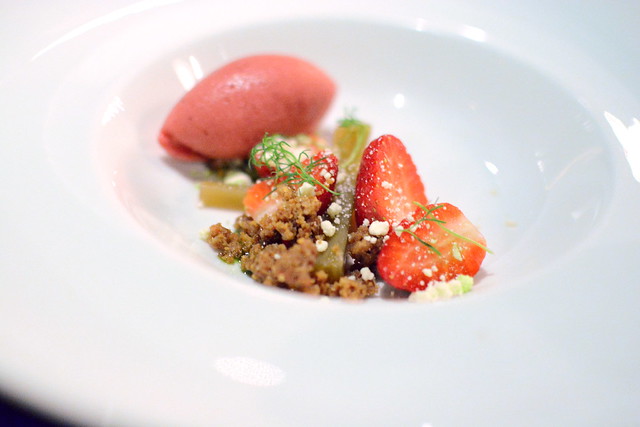 The first of a duo of desserts included ice cream made from Ocosingo cheese, strawberry, rhubarb, and citron. 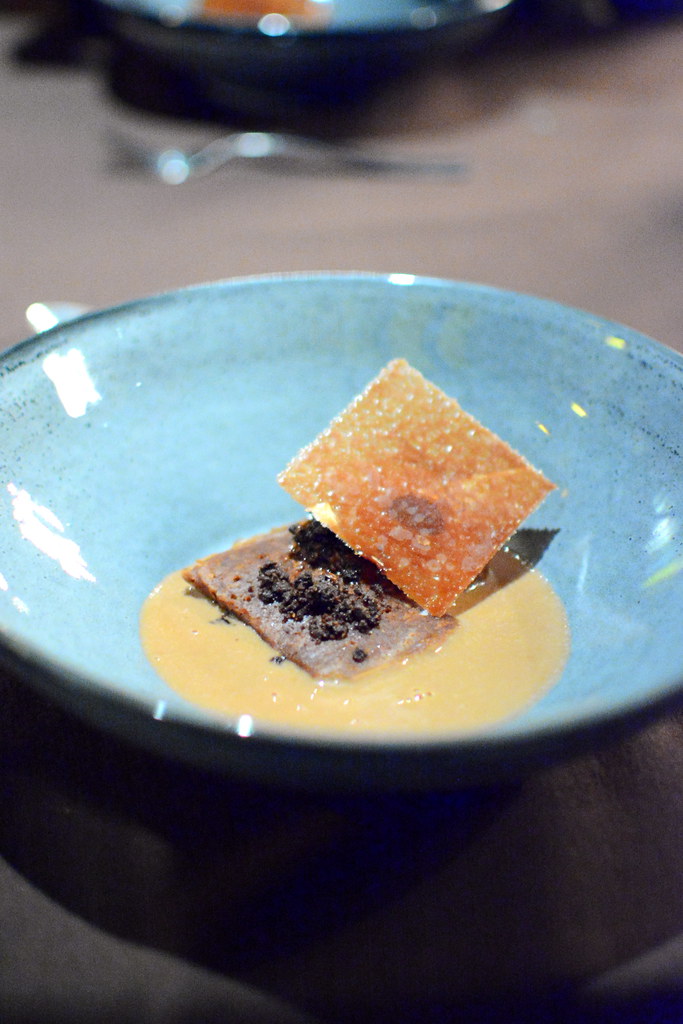 And the second a chocolate tamal with a warm champurrado sauce.

Dinner at Sud 777 provided a glimpse into the cutting-edge of Mexican cuisine. Chef Nuñez has a way with employing ingredients and building flavors that seem dead simple but deliver in big, surpising ways. What a killer start to our 50 hour CDMX eating spree…