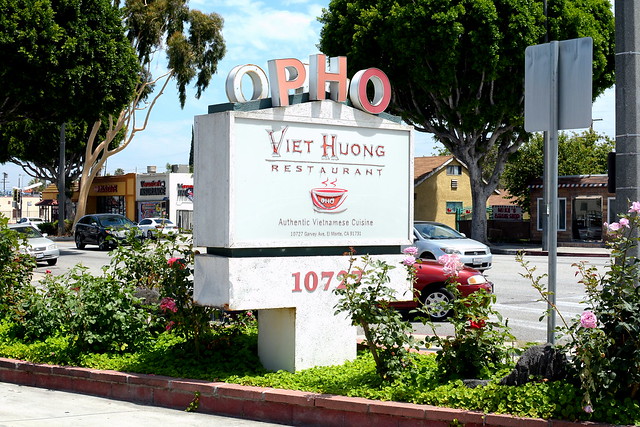 On a recent Press Play segment on KCRW, I chatted with Madeleine Brand about where to find the best Vietnamese food in the city of El Monte, the littler Saigon in Los Angeles County. Viet Huong, one of the spots I mentioned on the show, is lighting up Garvey Avenue with its homey Vietnamese cooking. 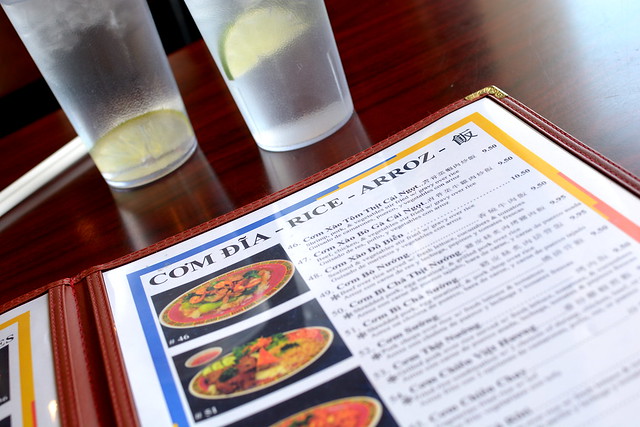 Opened in 2004 by the Tran family, longtime El Monte residents, Viet Huong’s menu is written in three languages—Vietnamese, English, and Spanish—as a nod to the diversity found in the neighborhood, as well as the restaurant’s clientele. 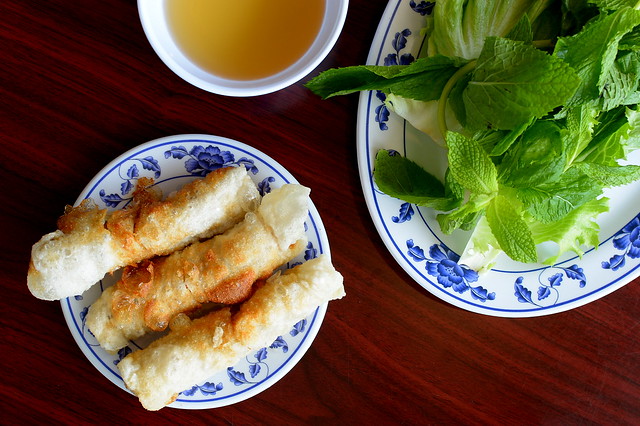 Four dishes were selected and shared between my lunch-mate and me. First up was the Cha Gio ($5.95), three crisp-golden rolls stuffed with ground pork and served with lettuce, herbs, and nuoc cham. The blistery wrappers, fried to perfection, were literally, shatteringly good. 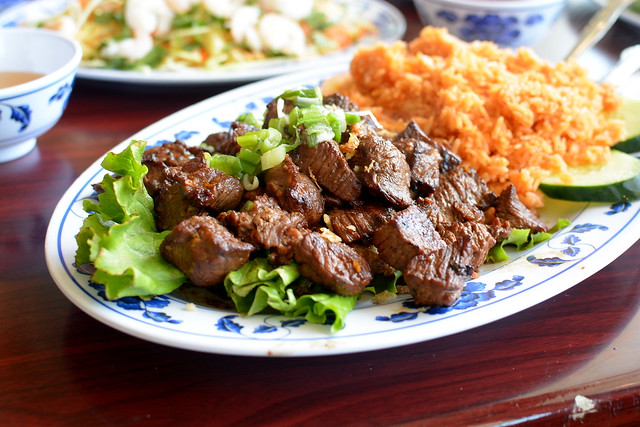 Also fantastic was the house-special Com Bo Luc Lac ($11.95). The generous platter of tomato rice and sautéed steak brought me back to steak nights at Grandma’s house as a kid. 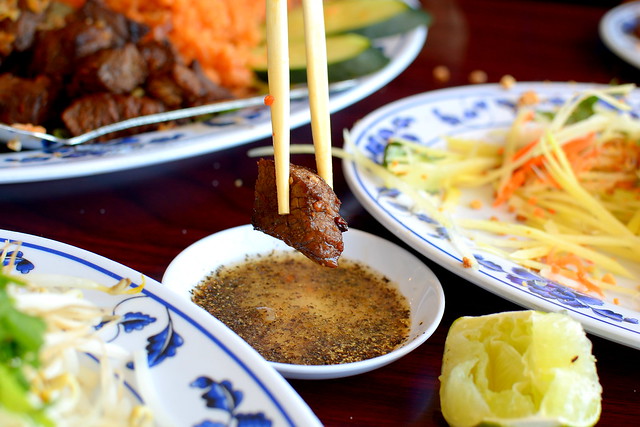 The rice, tinged-red and slightly sticky, paired nostalgically with the savory steak. We dipped each meaty bite in a simple sauce of salt, pepper, and fresh lime juice. 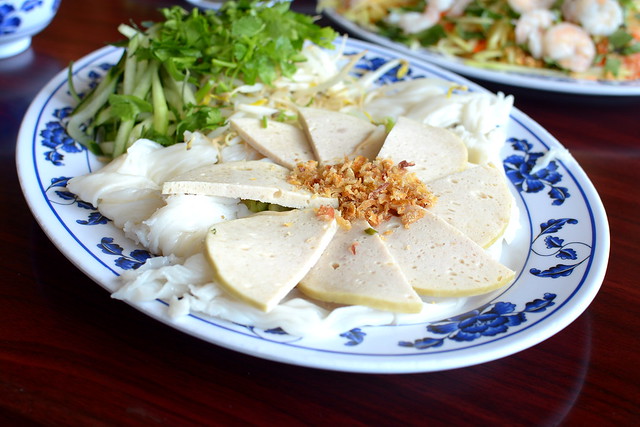 Next up was the Banh Cuon Thanh Tri ($9.95), delicately steamed rice crepes topped with fried shallots and cha lua (pork loaf). A fish sauce vinaigrette, which we doctored up with plenty of chili paste, was poured over the entire plate. 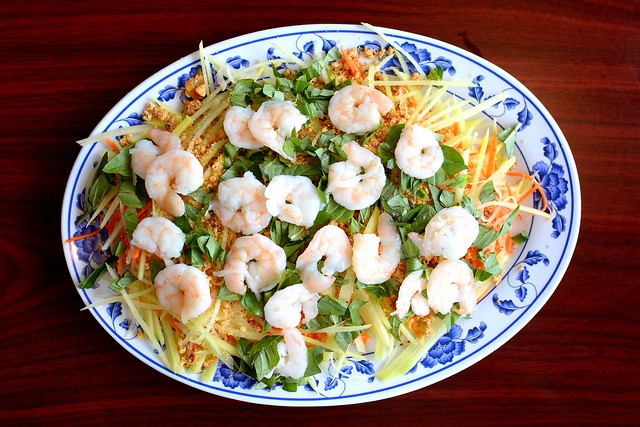 To balance out the less-than-virtuous dishes on the table: a plate piled high with Goi Du Du Tom ($6.50). The green papaya and torn basil were fresh, while the shrimp were small but tasty. A fish sauce vinaigrette was served on the side.

Lunch at Viet Huong was terrific. Every dish that landed on the table was solidly executed, while the service was friendly and efficient. Along with establishments like Kim Hoa Hue and Pho Filet, Viet Huong is transforming El Monte into a Vietnamese food lover’s paradise.