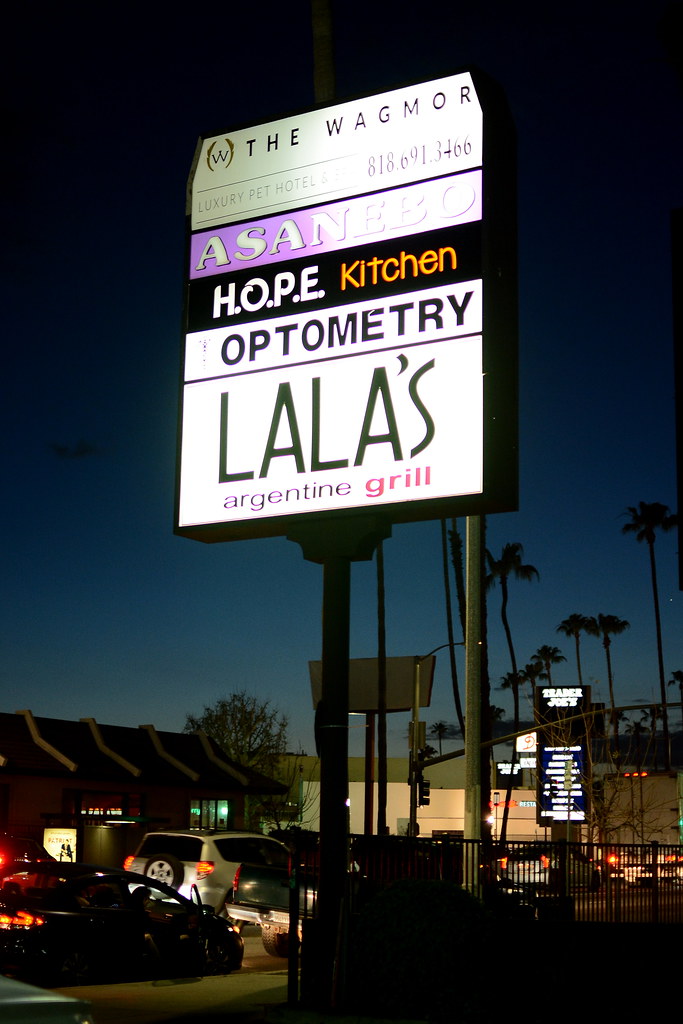 When The Astronomer and I were invited to a friend’s birthday party in Studio City, we decided to make an evening of it and have dinner beforehand. I mean, if we’re going to go through the trouble of getting a sitter…

The Valley is famous for its sushi restaurants, and Asanebo is one of its oldest and most highly regarded. Chef Tetsuya Nakao and his brother Shunji helped to open Matsuhisa in Beverly Hills prior to opening Asanebo in 1991. Notably, the restaurant received a Michelin star in both 2008 and 2009 when the gastronomical guide recognized Los Angeles-based restaurants. 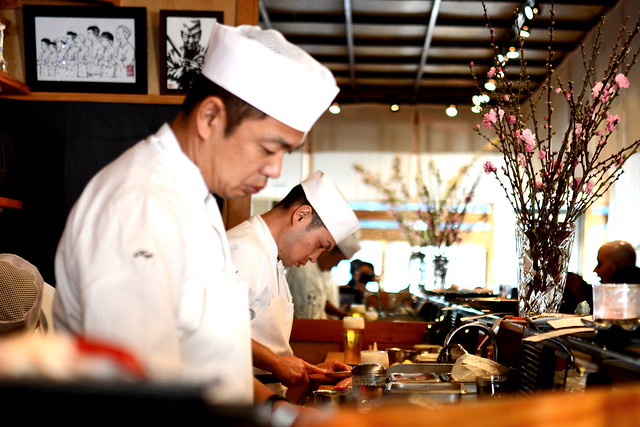 Since this was our first time dining here, The Astronomer insisted that we experience one of the restaurant’s famed omakase. We selected option B ($140 per person) because it was “recommended for first time guests at Asanebo or for guests who want to try our basic omakase.” It featured the restaurant’s “signature and most popular dishes with sushi.” 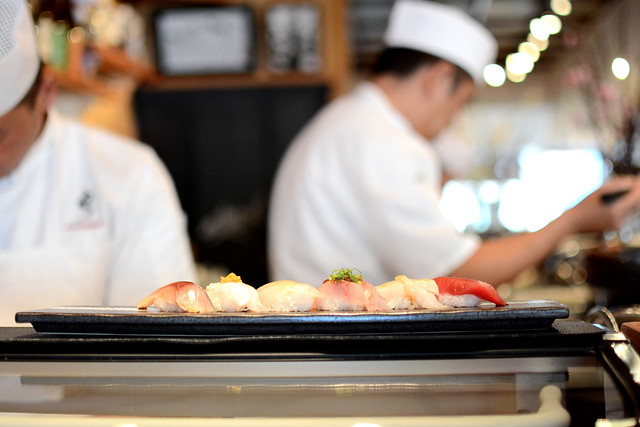 While The Astronomer and I almost always see eye-to-eye when it comes to restaurants, we had completely different takes on Asanebo. As a sushi purist, I found the dishes to be over-sauced and much too fussily garnished. On the flip side, The Astronomer really embraced the creativity Asanebo put forth. 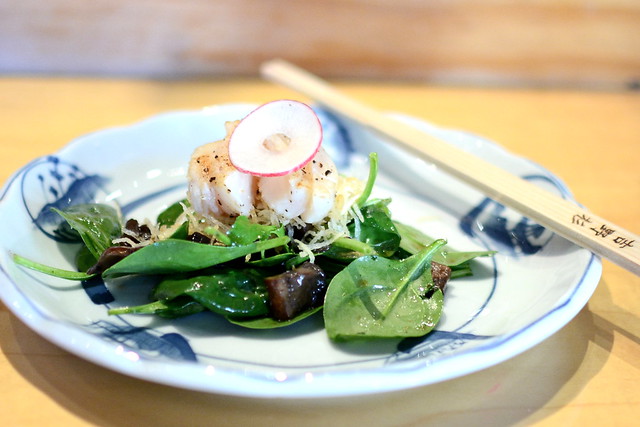 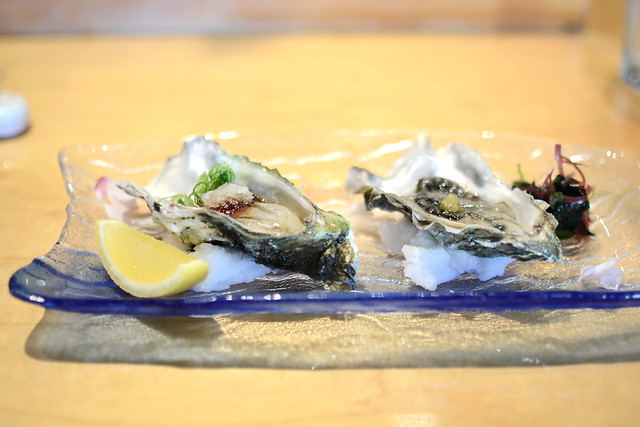 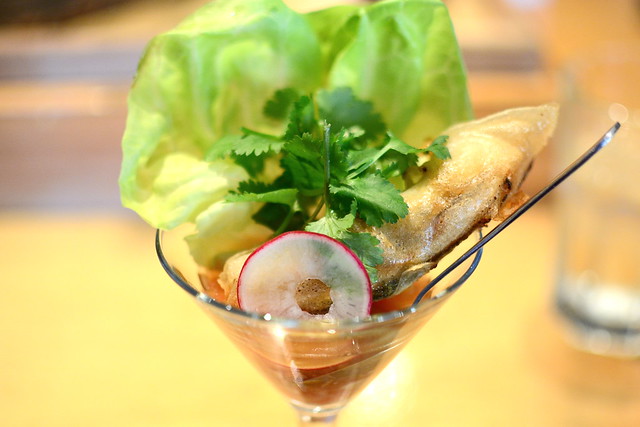 The “Seafood Stick,” a crispy parcel filled with snapper, basil, shiitake mushrooms, and shrimp, arrived in a martini glass. We were instructed to wrap the “stick” in lettuce and to top it with onion salsa. 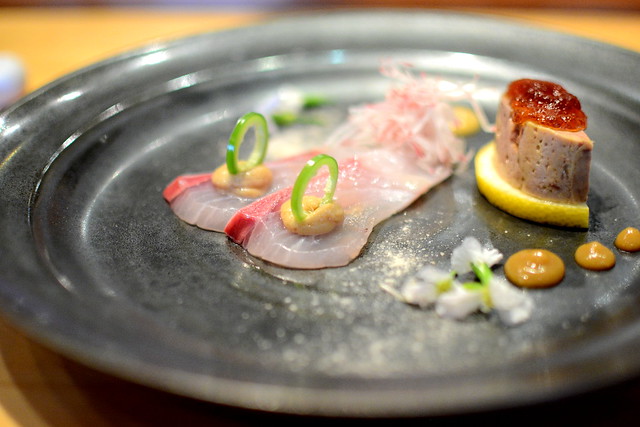 The “foie gras of the sea” was next on the scene. The monkfish liver was served on a lemon slice with ponzu jelly along with thin cuts of amberjack with serrano chilies. House-made miso paste and wasabi were served alongside. 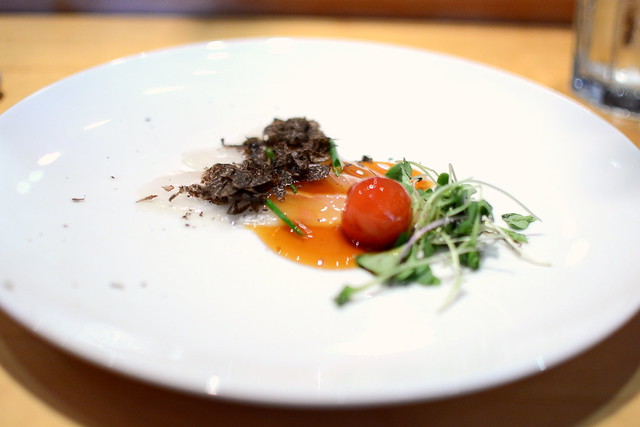 The “halibut truffle,” the restaurant’s bestseller, consisted of halibut sashimi dressed in a goopy sweet ponzu along with a pickled cherry tomato and black truffle shavings. 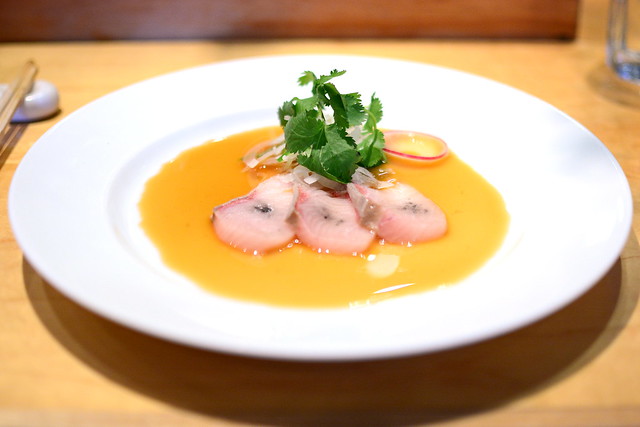 Thick slices of wild yellowtail from Japan were served in a pool of yuzu ponzu and sprinkled with Hawaiian black lava salt. 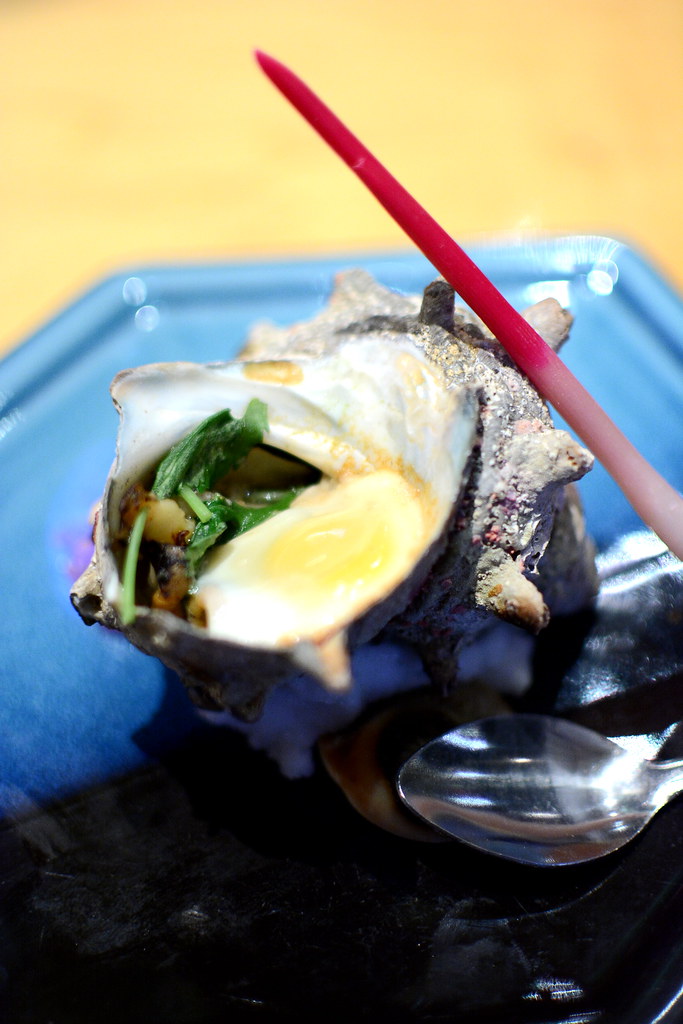 And then there was Japanese conch, cooked in a dashi broth with mushrooms and served hot with a sunny-side-up quail’s egg. A spear of pickled ginger rested just-so over the shell. 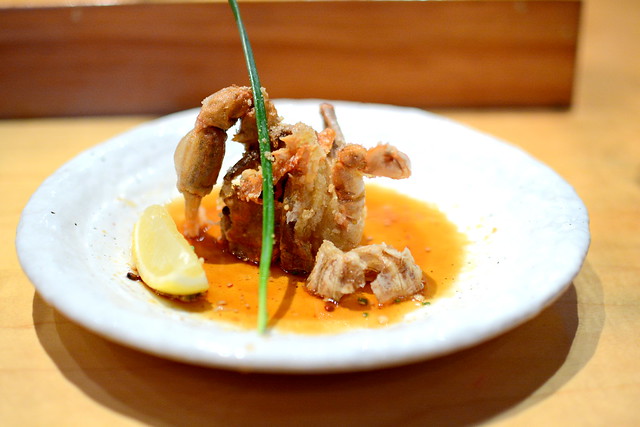 The Floridian soft shell crab was beautifully fried and served in an intriguing home-made butter ponzu sauce. Regardless of party lines, The Astronomer and I agreed that this dish was well done. 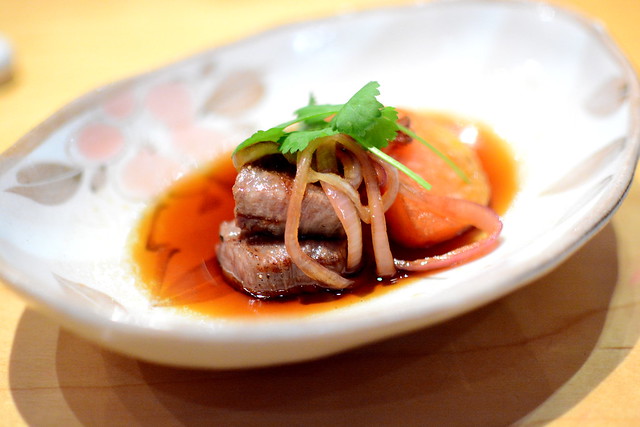 Before moving on to the sushi portion of the omakase, we were treated to Japanese A5 Wagyu beef in a sweet soy sauce with heirloom tomatoes and caramelized onions. 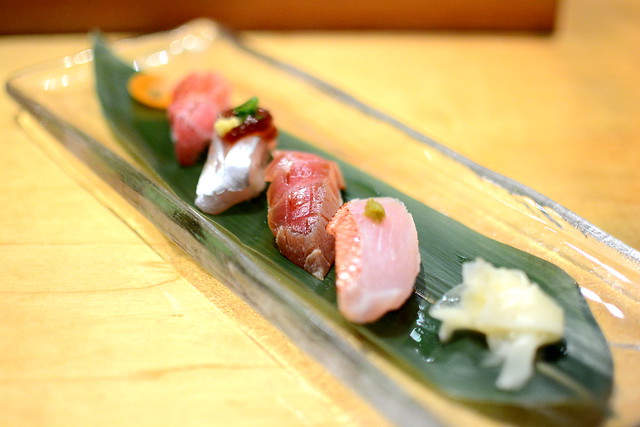 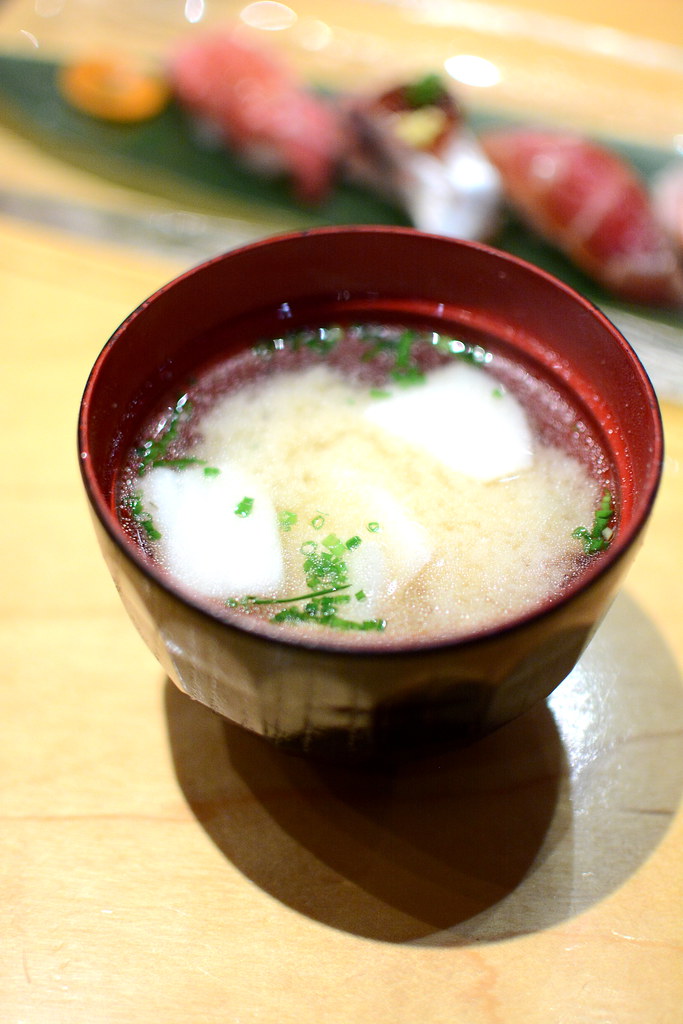 …and a warm bowl of seabass miso soup.

While I knew going in that Asanebo wasn’t going to offer a super-traditional sushi experience like Mori or Q, I wasn’t quite prepared for the general sauciness that ensued. This omakase affirmed that when it comes to raw fishes, I like ’em pristine and unadorned and that’s that. The Astronomer, on the other hand, will happily take a side of ponzu jelly.