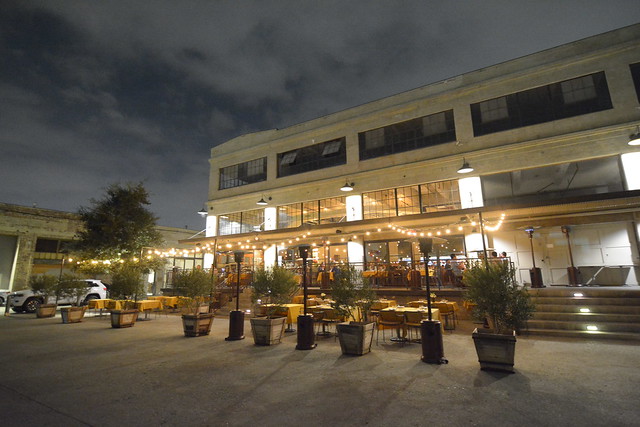 I had such a fantastic dinner with my friend Diana when Rossoblu first opened that I was eager to return with The Astronomer for a recent night out. We consider ourselves big fans of Chef Steve Samson’s Italian cooking and were excited to get a taste without having to trek across the city. Downtown truly keeps getting better and better. 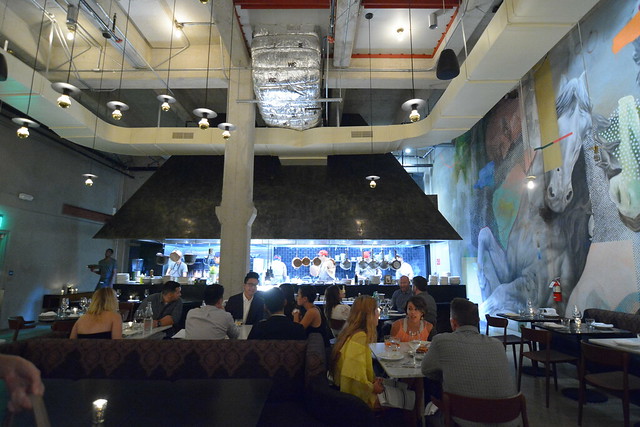 Whereas Sotto is deeply focused on southern Italian fare, Rossoblu is inspired by the foods of the Emilia-Romagna Region in Northern Italy. The dining room was fantastically energetic on a Thursday night. 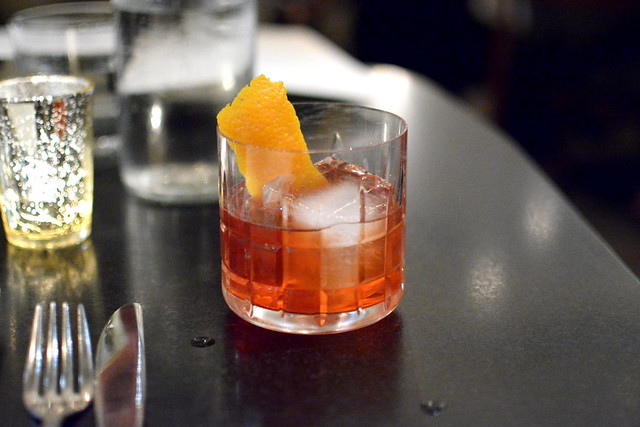 With the work week nearly over, cocktails were in order. I sipped a traditional negroni on the rocks ($14) with Carpano Antica and Campari. 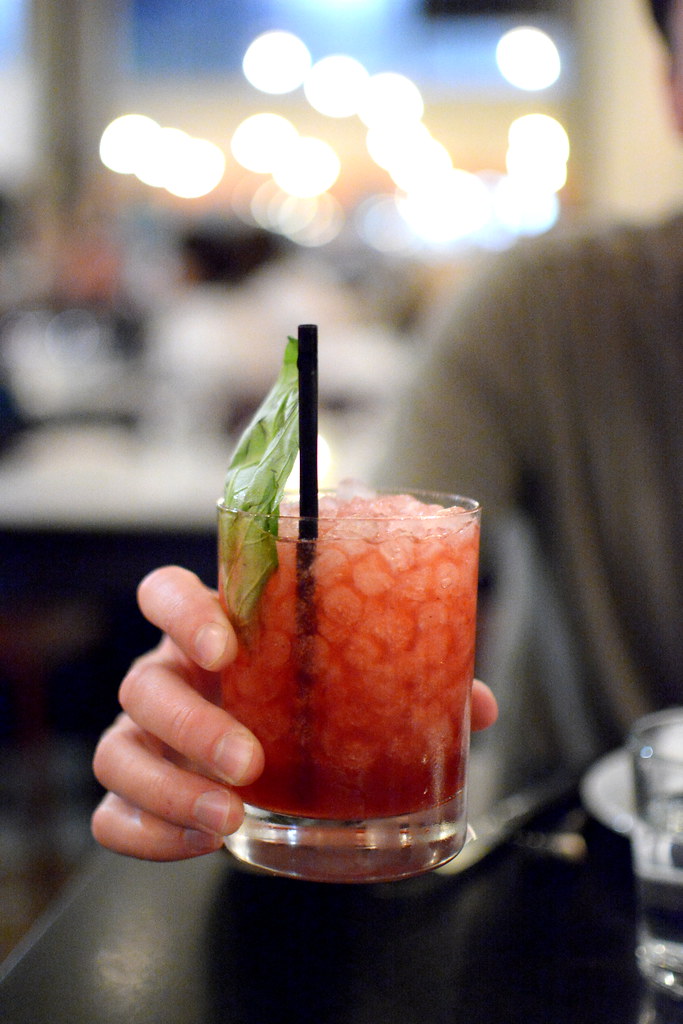 Never one to resist the combination of berries and fresh herbs, The Astronomer ordered the Casanova Cup ($14) with lemon, blackberries, basil, grappa, Angostura bitters, and New Amsterdam vodka. 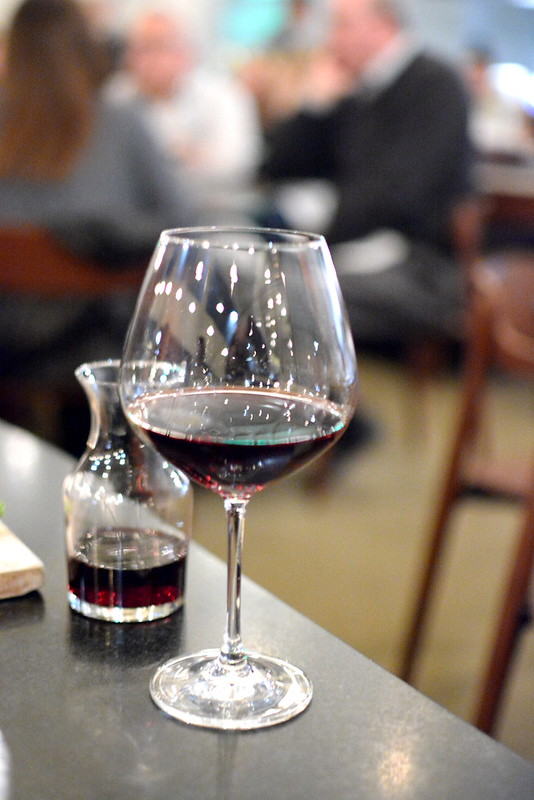 And for good measure, I also had a glass of the Poderi Colla 2015 Barbera D’Alba ($17) that was as “soulful” as the drinks menu described. 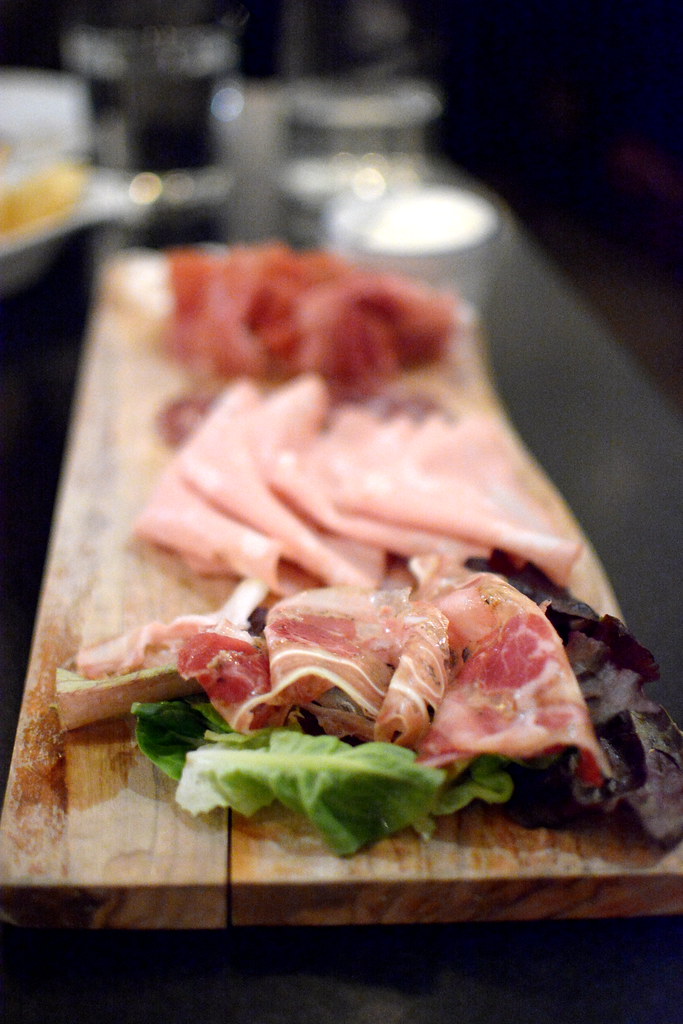 The Astronomer and I ordered plenty of food to pair with our adult beverages. The “Salumi” ($25) plank included all that is good in the world.

From the house-made head cheese and whipped dry-aged beef tallow to the imported mortadella and prosciutto di Parma (aged 30 months), every morsel was absolutely exquisite. Served on the side were crescentine fritte, a kind of light and airy fried bread, and a creamy dish of stracchino cheese. 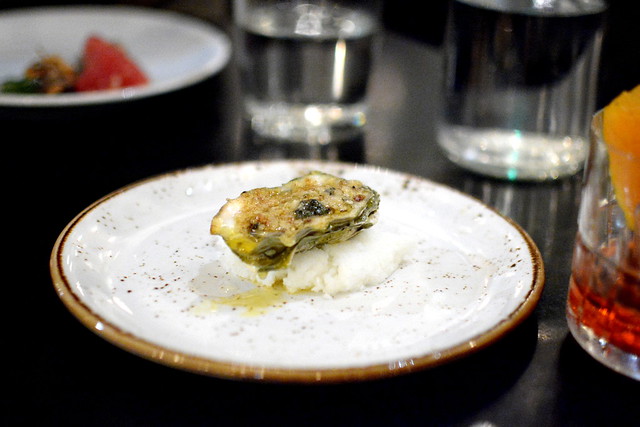 I insisted on a single grilled West Coast oyster ($4) loaded with brown butter, sage, Parmigiano Reggiano, lemon, and breadcrumbs. While I usually prefer my oysters fresh, the accouterments here really added something special. 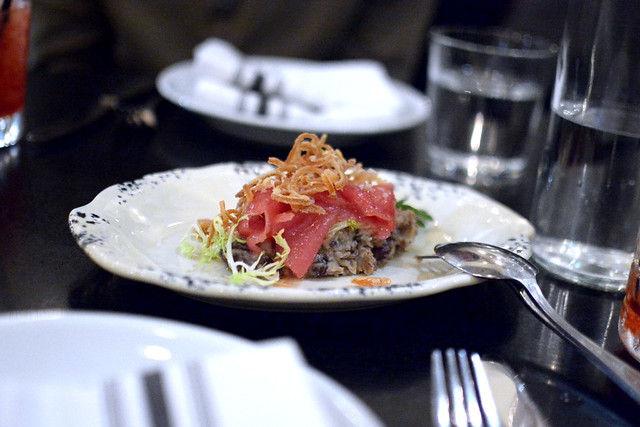 Next up was the “Marinated Big Eye Tuna” ($16) with heirloom beans, charred frisée, and fried onions. The pairing of raw fish and beans was a first for me, and while the flavors married well enough, I found the combination of textures challenging. 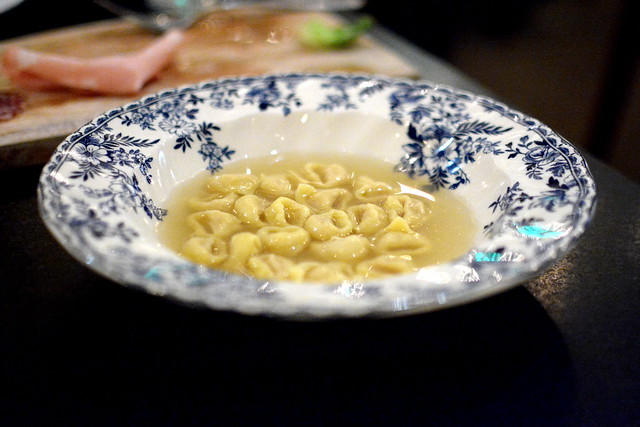 Moving on to the highly-anticipated pasta portion of our feast, we started with the “Tortellini in Brodo” ($22). From the delicately stuffed parcels to the rich and homey broth, it’s hard to say which element of this seemingly simple dish delighted us more. 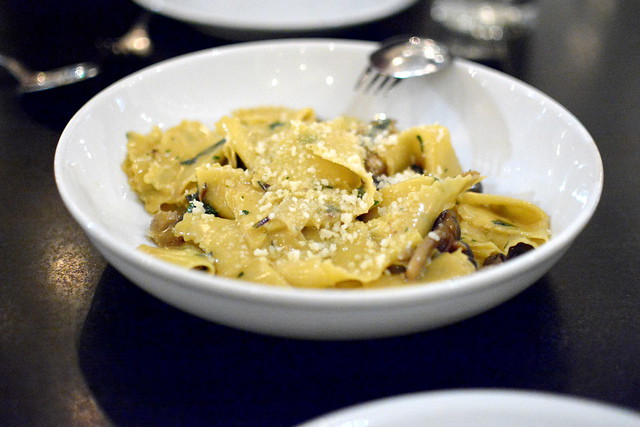 My favorite noodle from both visits was the “Maltagliati” ($24), wide egg noodles with mushrooms (porcini and pioppini), dandelion greens, and sage. Even The Astronomer, a mushroom-loather through and through, could rally behind this most excellent bowl of pasta. 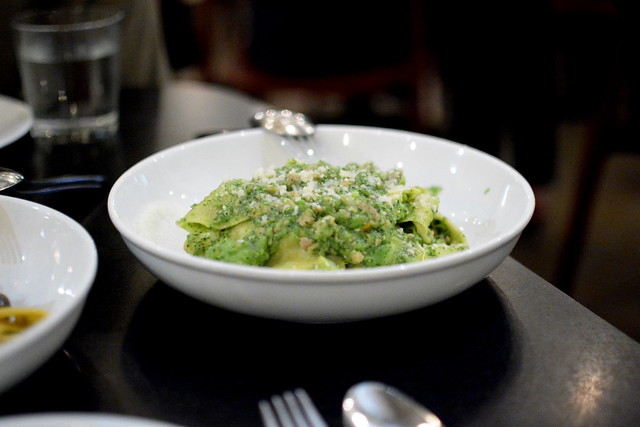 Also quite delicious was the “Papperdelle” ($22) wrapped in a broccoli-tinged sausage ragu with ricotta cheese. 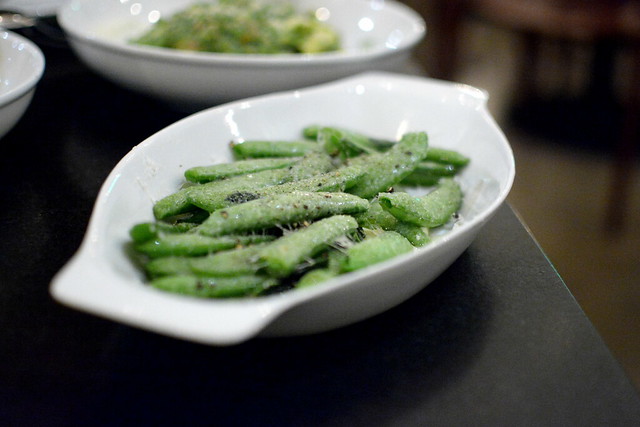 And finally, with our health in mind, a most virtuous side of “Blistered Snap Peas” ($14) with ricotta, mint, and pecorino.

Rossoblu is a really lovely place to spend the evening eating, drinking, and merry-making. The Astronomer and I highly recommend it.