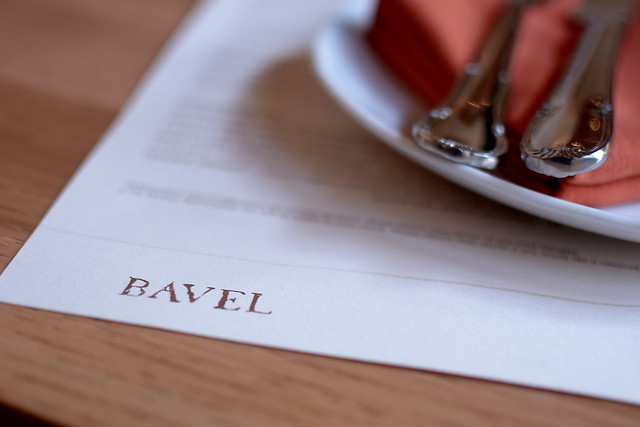 The Astronomer and I made plans to return to Bavel before we even took a single bite. The menu, a thoughtful collection of Middle Eastern fare reimagined by Chefs Ori Menashe and Genevieve Gergis, was chock full of so many intriguing-sounding dishes that there was no question that we needed to dine here again. And soon. But we’re getting ahead of ourselves now. 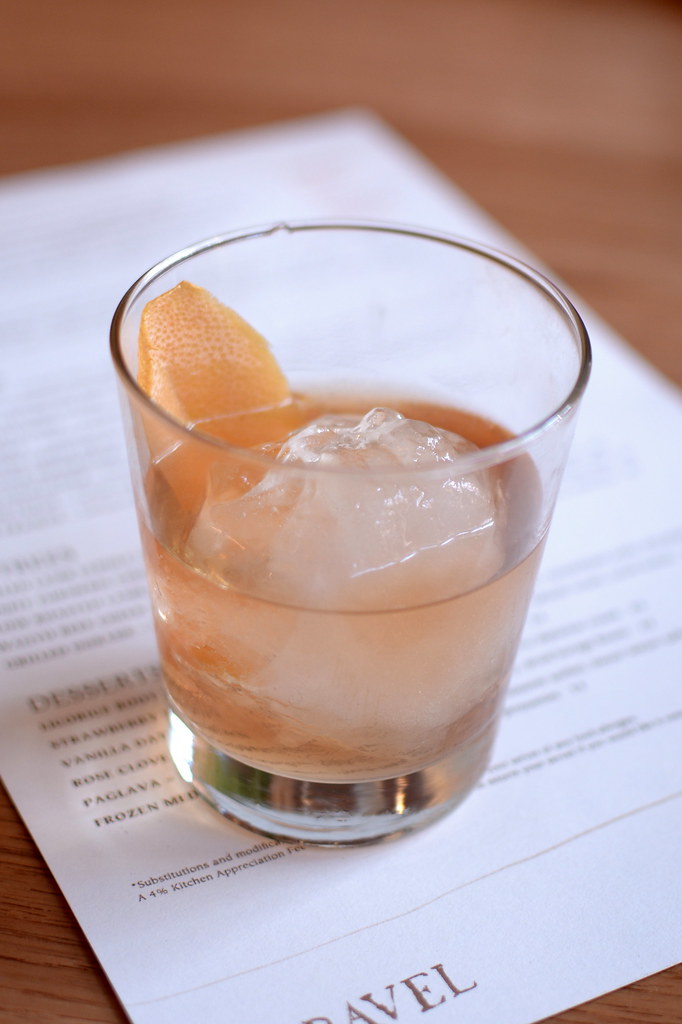 The Astronomer and I sipped a drink each as we narrowed down our list of wants. For me, the “Nebuchadnezzar” ($16), an old fashioned of sorts made with lamb fat bourbon, blue plum brandy, smoked ice, and grapefruit. The Astronomer had a beer. 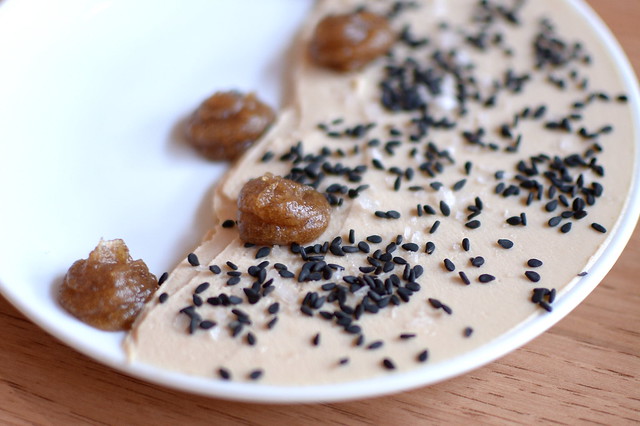 To start, a duo of irresistible spreads served with equally irresistible house-made breads. The first to arrive was the “Foie Gras Halva” ($19), a smooth and rich paté prettied with date paste, black sesame, and coarse salt. 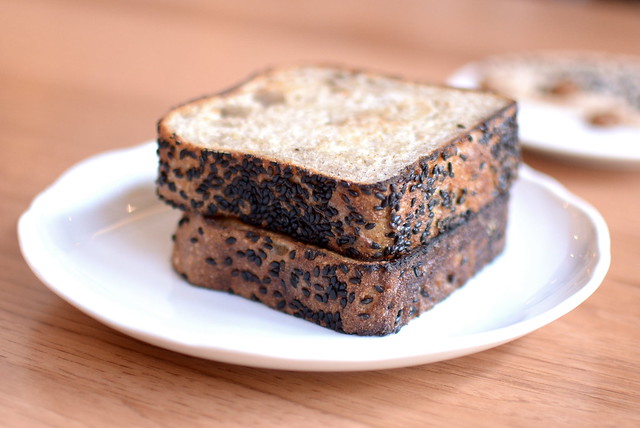 Two slices of “buckwheat loaf” were served alongside as sturdy vehicles for the spread. The balance of sweet and salty and fatty here was as good as it gets. 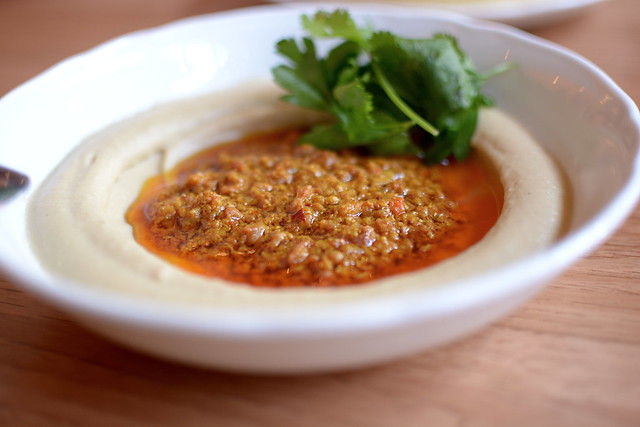 The “Duck ‘Nduja Hummus” ($13), which was served with the fluffiest pita bread ever, was as great as the Internet told us it would be. The outer ring of creamy garbanzo beans set the stage for the spice-forward ‘nduja. Taken together along with some warm pita bread, the two disparate components melded and married in a beautiful way. 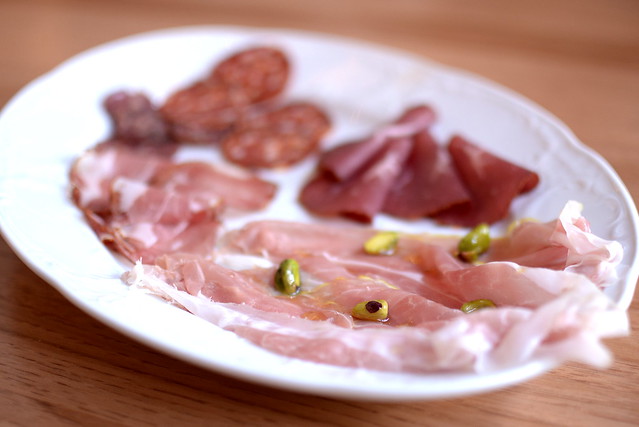 The “Middle Eastern Cured Meats” platter ($24) consisted of a little bit of this and a little bit of that including prosciutto (with pistachios, turmeric, and orange blossom water), sujuk (Turkish beef salami), basturma (cured beef), merguez coppa, and harissa salami. Each one had a distinct spice profile and texture. I gravitated toward the meats with heat and left the floral ones to The Astronomer. 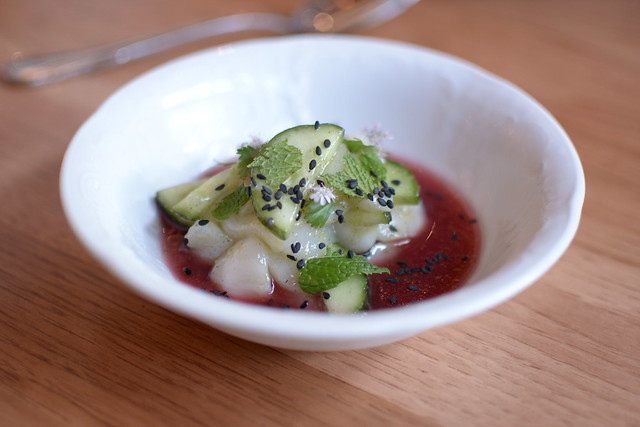 The “Scallop Crudo” ($18) came dressed in pomegranate molasses, citrus, burnt Serrano chili oil, charred cucumber, mint, and black sesame. We were instructed to include a little bit of every component in each bite, which made for wonderfully bright and balanced mouthfuls. 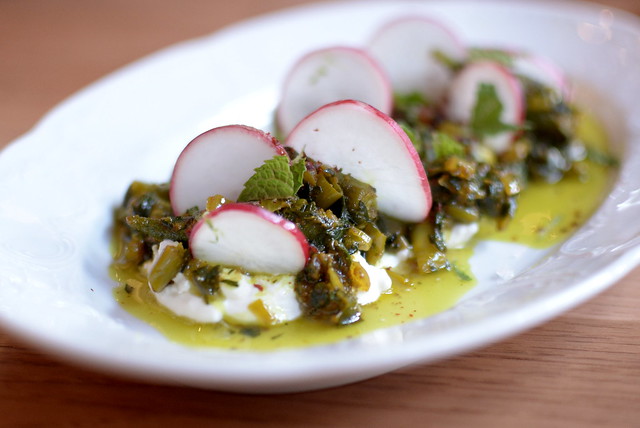 The lone vegetable of the evening, “Marinated Okra” ($14), was phenomenally fabulous with its bevy of flavors and aromatics. From the whipped feta to the onslaught of cumin and fresh mint, it’s hard to say which element dazzled the most. The entire plateful was top-notch. 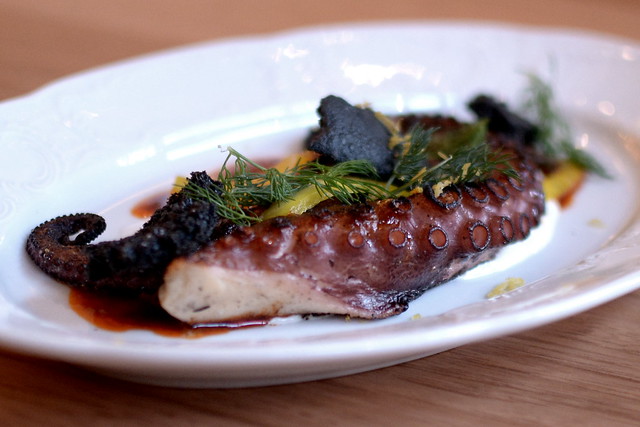 By the time the “Grilled Octopus” ($21) arrived, I was seriously stuffed. Fortunately, The Astronomer stepped it up and polished off every last tentacle and morsel of fried squid ink pita. Additional garnishes included an herbed yogurt, capers, smoked paprika oil, and turmeric pickled onions. 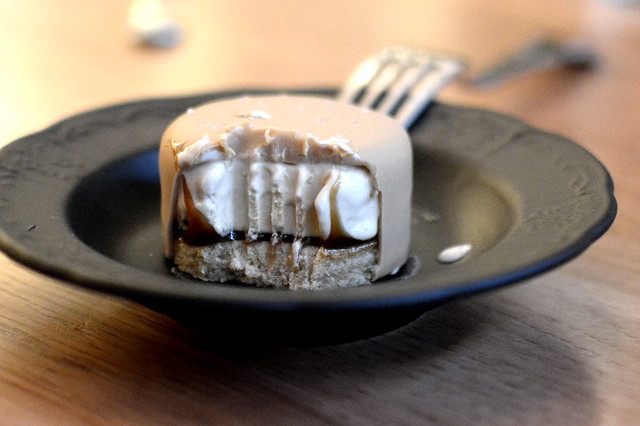 And finally, a “Licorice Ice Cream Bon Bon” ($10) made with layers of muscovado (brown sugar) cake and sour licorice caramel enrobed in caramelized white chocolate and topped with Maldon salt. It provided a delightful end to a most fantastic feast.

We’ll be back for the lamb neck shawarma, obviously.