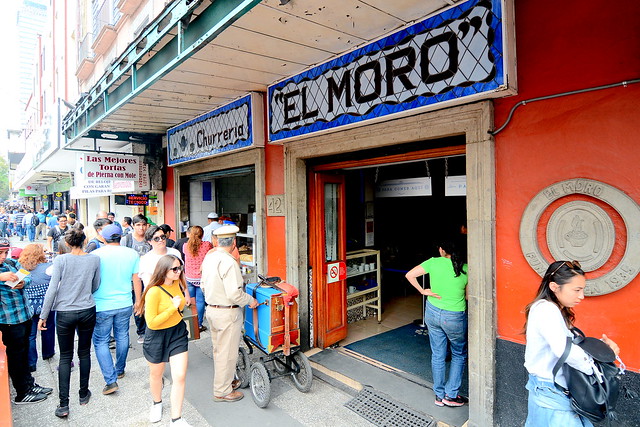 The reasonable thing to do after our “Mexico City Street Food Essentials” tour with Club Tengo Hambre would have been to head back to the hotel for a nap. But with time dwindling down and practicality not on the agenda, The Astronomer and I walked to La Churrería El Moro in Centro Histórico for an afternoon snack of churros and hot chocolate instead. 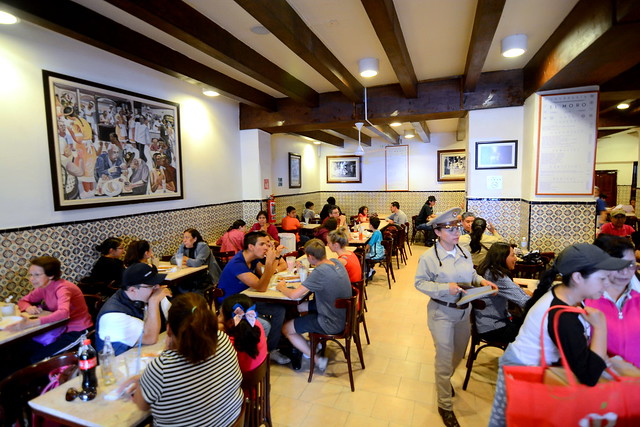 Founded in 1935 by a Spaniard named Francisco Iriarte, El Moro is a Mexico City institution cranking out sweets 24 hours a day, seven days a week. The speciality here is churros and hot chocolate, but there are also milkshakes and consuelos, ice-cream sandwiches made with coiled churros in place of cookies. 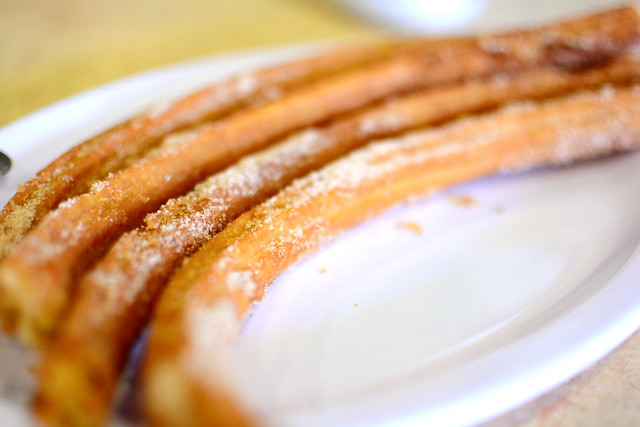 The Astronomer and I grabbed a seat in the dated but swingin’ dining room, and soon after a blue-aproned server came by to take our order. We selected one of the paquetes (“packages”)—a mug of Chocolate Español and 4 churros ($72). 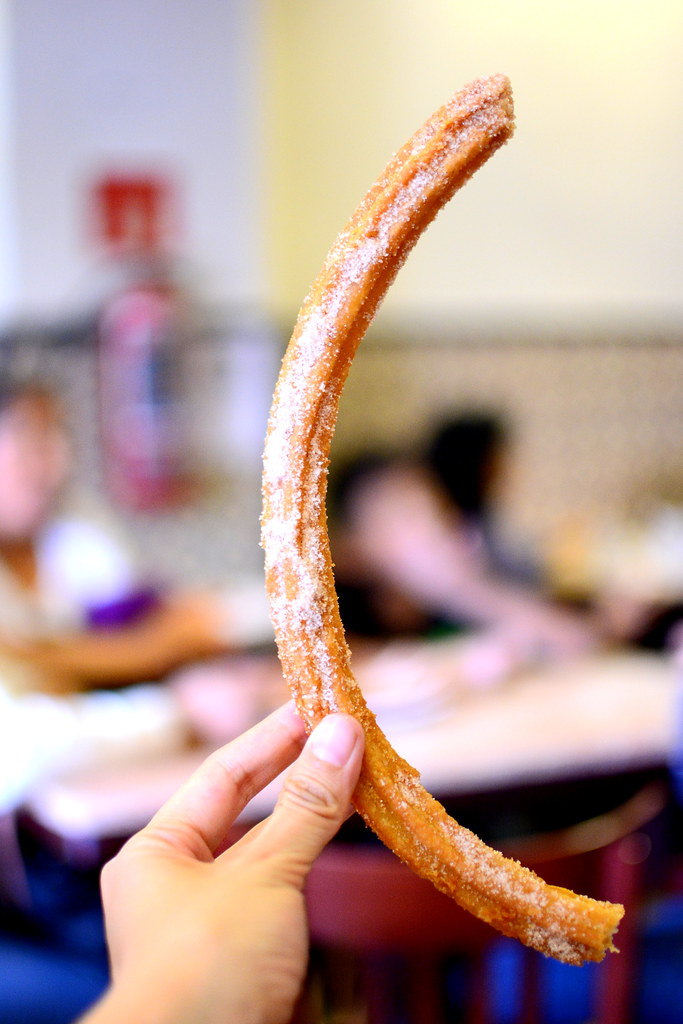 Made with just flour, water, and salt, the churros were golden-crisp on the outside and satisfyingly chewy within. Whereas standard churros here in the States are a bit girthier and thus breadier, these skinny-minnies were all bite—ideal for dipping in hot chocolate. 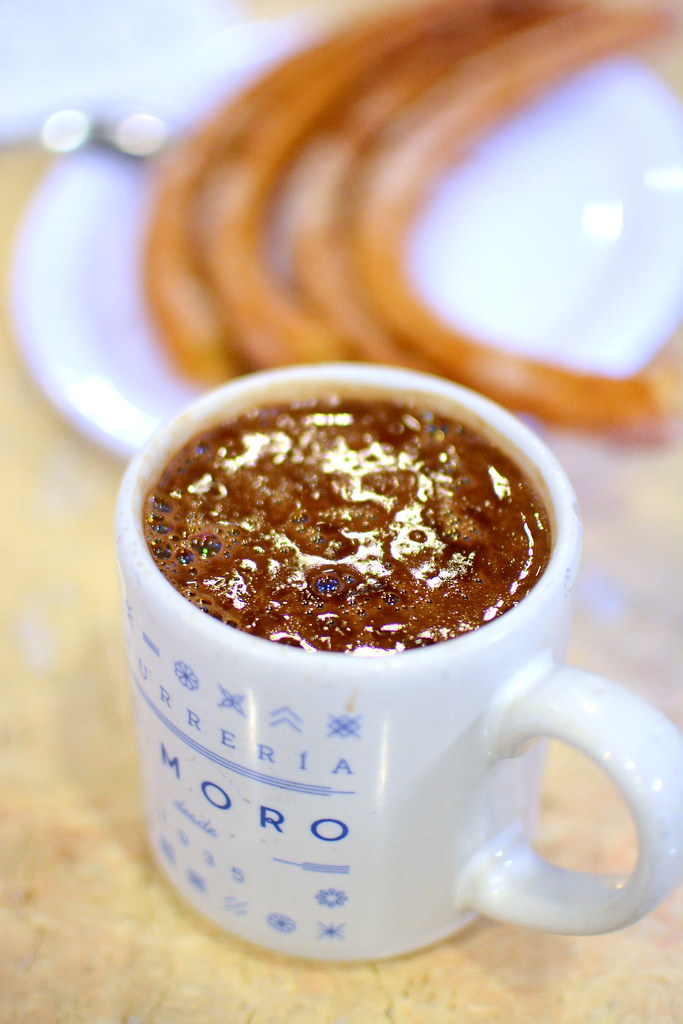 And speaking of, the mug of Spanish-style hot chocolate was thick and sweet. We found it equally fantastic for sipping and dipping.

There’s much to love about El Moro. It oozes with history and character, while serving satisfying sweets at all hours of the day. We’ll make sure to pencil in a sugar-high here during every trip to Mexico City.