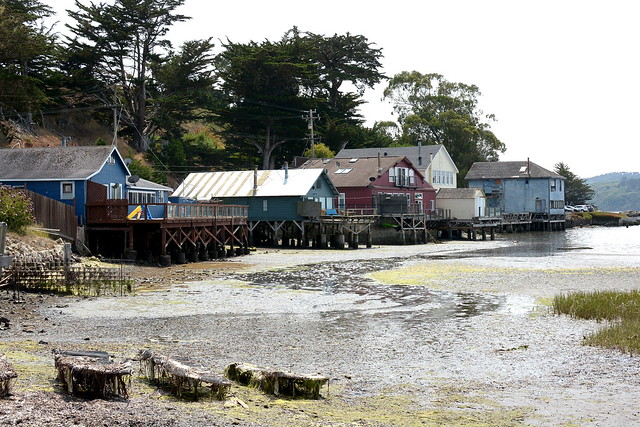 Two of my cousins got married within the span of a week this past summer—Cousin Kristine got hitched in San Diego first, followed by Cousin Andrew tying the knot in Sonoma. While in Northern California for Andrew’s big day, I planned several notable meals along the way including stops at Chez Panisse in Berkeley, SHED in Healdsburg, and Hog Island Oyster Co. in Marshall. The latter was one of my favorite meals of the year. 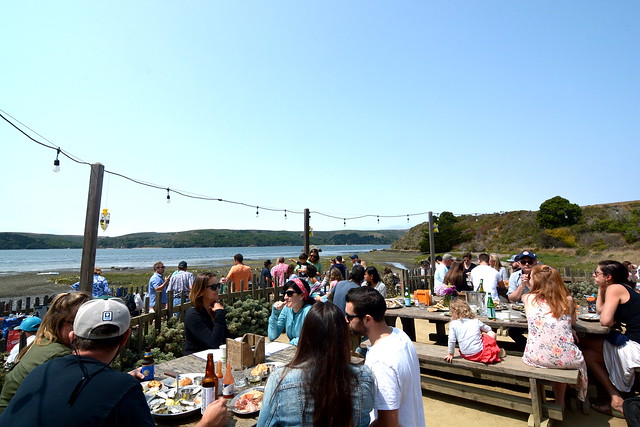 A few weeks prior to the trip, I secured reservations for “The Boat”—a full-service restaurant perched on the shores of Tomales Bay. Sun-soaked and perfectly convivial, the dining “room” could not be beat. I mean, look at this view and crowd. 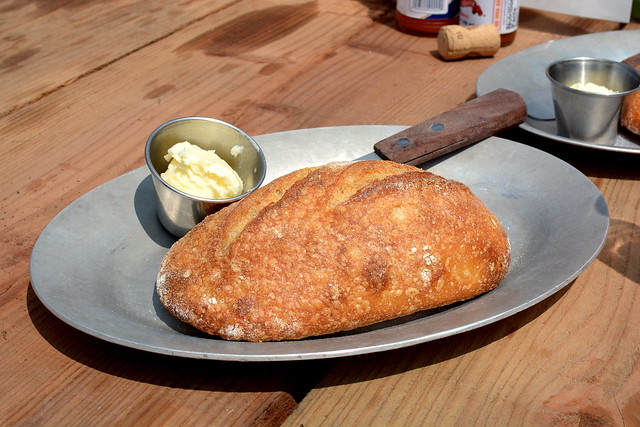 To start, a fantastic loaf of locally-made Brickmaiden Bread ($6) served with Achadinha cultured butter made from goat’s milk, cow’s milk, and Kefir. 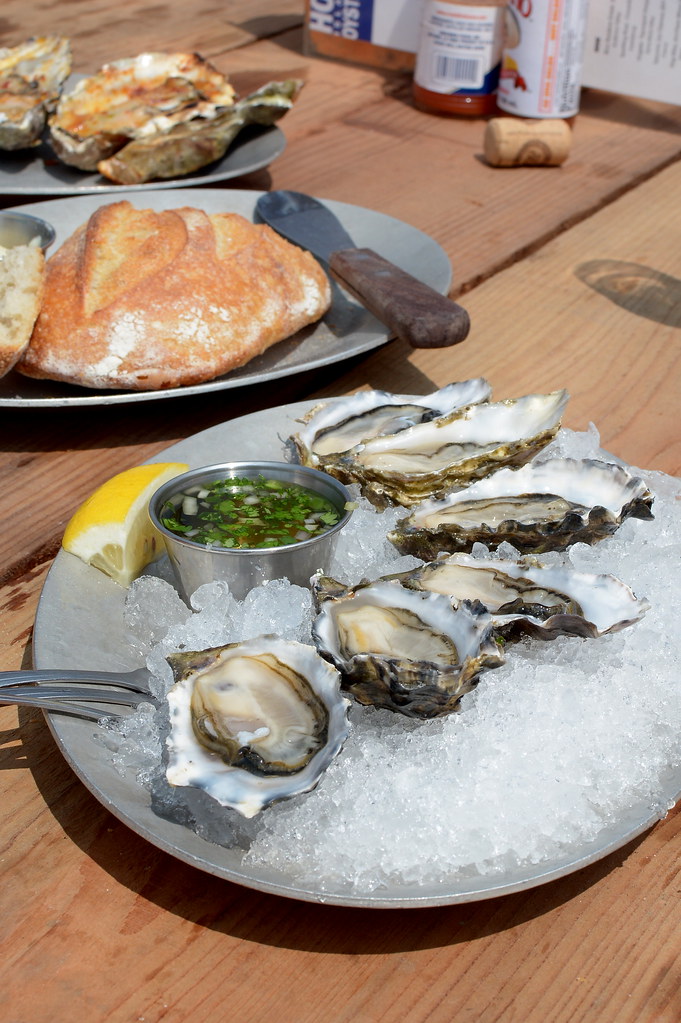 Next up were half-a-dozen Hog Island Sweetwaters served with Hog Wash and lemons ($19). Luscious and briny, the oysters were so good that we ordered another half dozen straightaway. 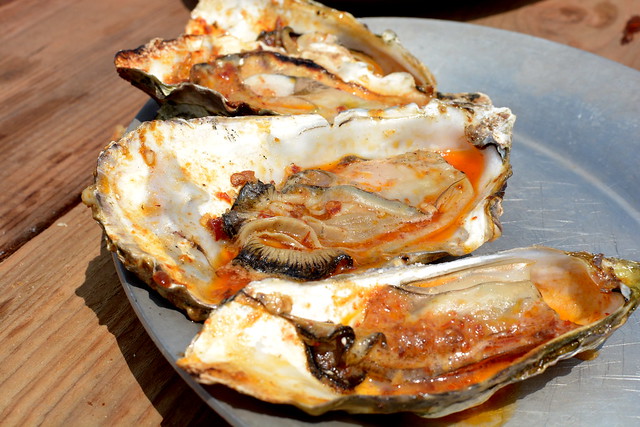 Quite possibly even better than the raw oysters were the meatier barbecued ones topped with chipotle bourbon garlic butter and grilled ’til cooked through (4 for $16). The Astronomer and I thoroughly adored this sweet and spicy preparation and had to get another four to share. 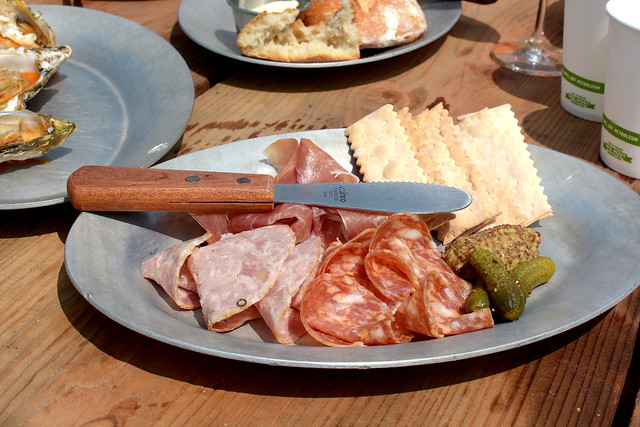 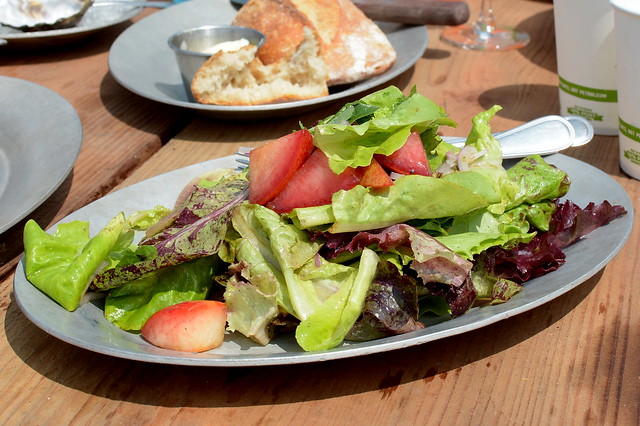 And finally, a serving of the County Line Greens ($10), a thoughtfully composed salad of Dapple Dandy pluots, mint, Thai basil, red onion, and a Saigon vinaigrette.

Making our way to Hog Island at Tomales Bay was a bit of a trek, but the food and surroundings made the excursion more than worth it. Gotta say, Hog Island is my newly discovered happy place. I can’t wait to return.