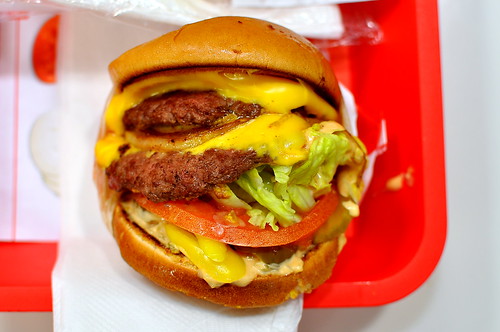 I took a walk on the wild side last Friday night while road tripping from L.A. to The Bay. Instead of my usual In-N-Out order, a Double-Double with grilled onions, I crammed every “secret menu” add-on I could think of in between the two delicately toasted buns. After enduring rush hour on The 405 and odious feedlots along The 5, this gal demanded some serious entertainment of the edible variety. 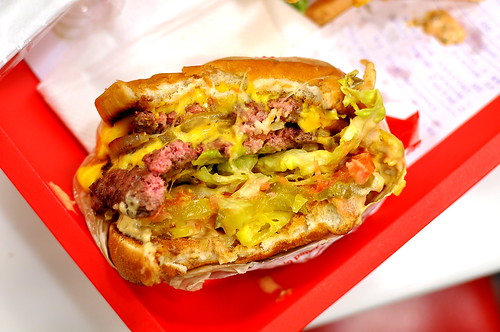 The base of my Frankenburger creation was a classic Double-Double (double meat, double cheese). From there, it was prepared “Animal-Style” with mustard-cooked patties, plenty of pickles, and extra spread. I swapped out the traditional chopped grilled onions for intact rings and well-cooked patties for medium-rare ones. Lastly, chopped pickled chilies were added to the mix.

While the medium-rare patties weren’t as juicy as I had hoped, the other bells and whistles were a saucy and tangy treat. The dill pickles, pickled chilies, extra sauce, and mustard-seared patties made for a puckery combination that the caramelized onions and melted American cheese managed to impressively balance. Every bite was a messy, drippy mouthful, and I wouldn’t have had it any other way. 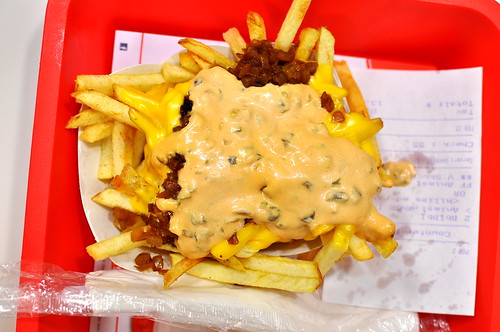 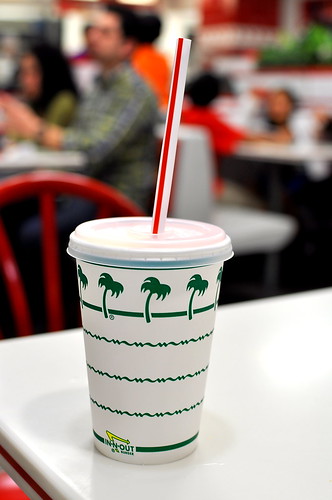 That’s what a hamburger’s all about!