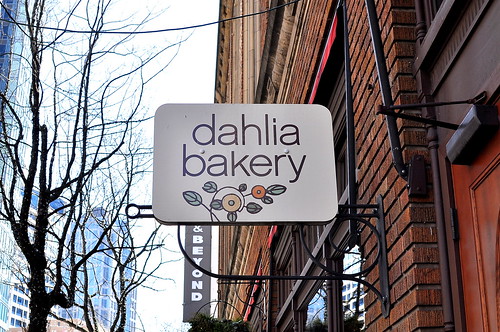 There was much to love about our accommodations in Seattle, the Mayflower Park Hotel, but the amenity I relished most was its proximity to Dahlia Bakery. I appreciate graceful service, plush beds, and luxurious bathrooms as much as the next out-of-towner, but my passion for amazing baked goods trumps all! 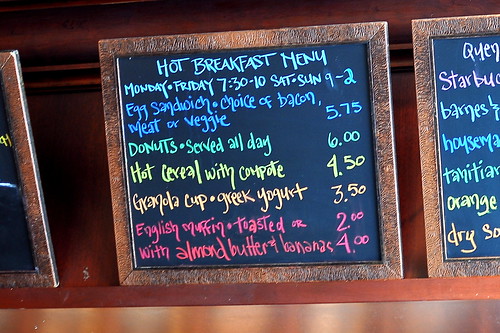 I’ve dined at a handful of Chef Tom Douglas’ restaurants over the years—Dahlia Lounge, Serious Pie, and Seatown—but this was my first visit to the hearth of the operation: Dahlia Bakery.

While the lunchtime menu consisting of salads, soups, and sandwiches sounded quite lovely, I was particularly drawn to the breakfast offerings that are served until 10 AM on Mondays through Fridays and until 2 PM on weekends. Breakfast sandwiches and fried-to-order doughnuts? Yes, please. 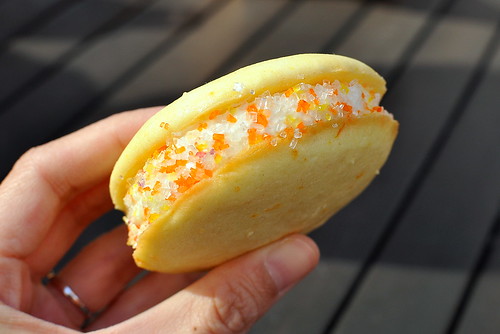 I came into the bakery with a solid game plan, but couldn’t resist one impulse buy: the Creamsicle Whoopie Pie ($3). What can I say? I get weak around glittery sprinkles. This unplanned purchase proved to be a great one—the luscious cream center tasted orangey to the core, while the cakey cookies were definitely zesty. 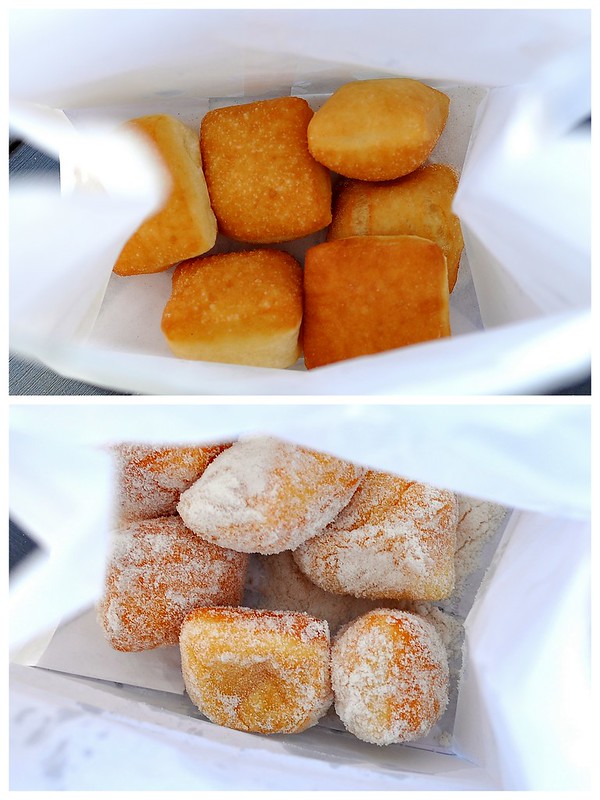 Just as we polished off the whoopie pie, our order of  Dahlia’s “Famous Donuts” ($6) arrived on the scene. I adored these pillowy bites at Dahlia Lounge on my first trip to Seattle three years ago, so this reunion was certainly a sweet one.

After giving the warm doughnuts a good shake to evenly coat them with sugar, we dug right in. 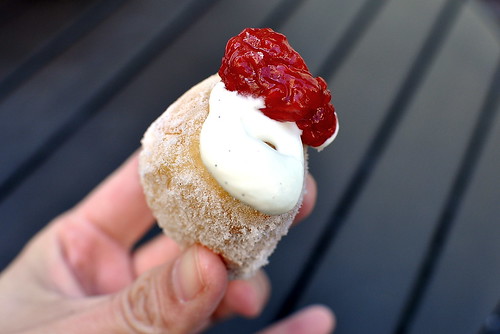 I ate the first doughnut straight up, and subsequent ones with the accompanying vanilla mascarpone and rhubarb jam. Both versions were dreamy as all get out. Dahlia’s deep-fried wonders rival Top Pot’s for the title of best doughnuts in Seattle proper. 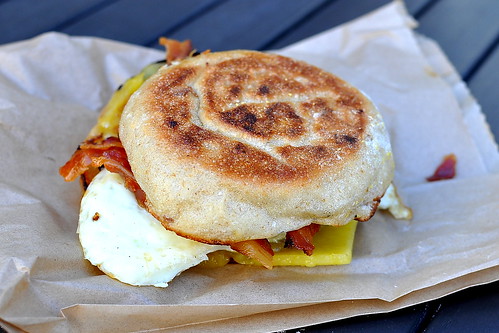 Following our sugar high, The Astronomer and I settled into a breakfast sandwich ($5.75) comprised of a house-made English muffin, Bavarian Meats bacon, a fried egg, cheddar, and arugula. Following up fried-to-order doughnuts is no easy task, but this breakfast sandwich did a valiant job. 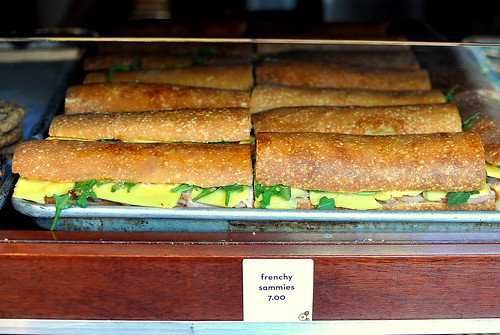 We returned to Dahlia Bakery at the tail end of our #2DaysinSeattle stay to pick up some “Frenchy Sammies” ($7) for the plane ride home. While everyone else on our flight was nibbling on stale peanuts, The Astronomer and I indulged in a most fabulous house-cured ham sandwich with arugula, white cheddar, and spicy mayo. The flavors here were tremendous, easing our Seattle withdrawals just a bit.

Dahlia Bakery is not to be missed.