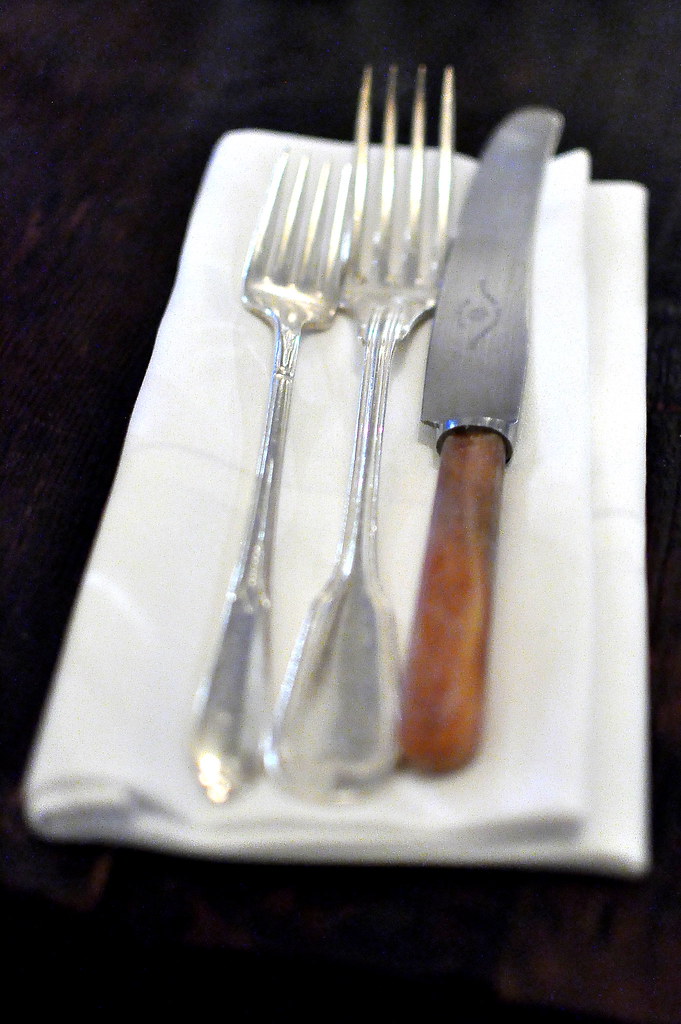 The moment The Astronomer and I landed in Seattle, we hailed a cab and high-tailed it to The Corson Building for dinner. We usually take a train from the airport into the city, but we didn’t want to waste any precious time since we only had #2DaysinSeattle.

My friend Jessica recommended this restaurant to me years ago, but I never made my way here until this most recent jaunt. 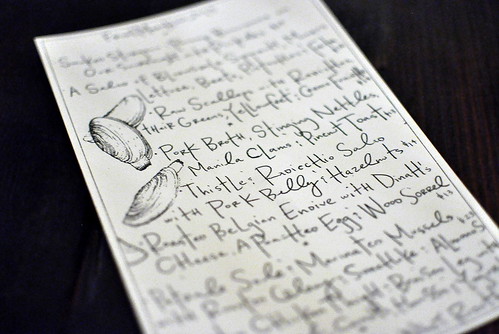 While Saturday and Sunday evenings are communal affairs with multi-course pre-fixe menus, the restaurant serves a “small, hand-written menu inspired by the writings and philosophies of Angelo Pellegrini” on Friday nights.

According to Wikipedia, Angelo Pellegrini was “an author of books about the pleasures of growing and making your own food and wine, and about the Italian immigrant experience. He was also a professor of English Literature at the University of Washington.” How cool is that? 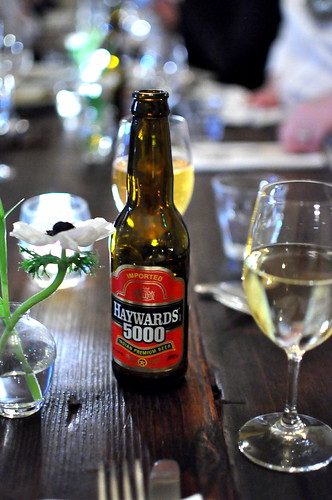 I sipped two glasses of wine with dinner, one  light and white and the other full bodied and red, while The Astronomer chose an Indian lager.  He was initially entranced by the hints of honey in each sip, but ultimately decided that the beer tasted too watered down. 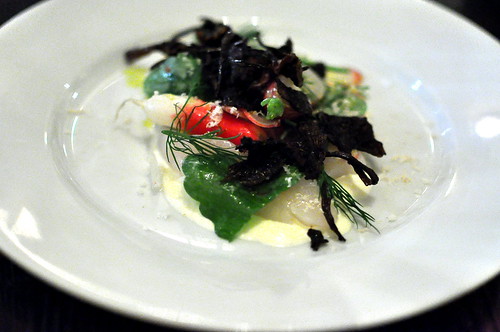 Six dishes were shared between The Astronomer and me tonight; each one was well-composed, balanced, and possessed an unexpected spark.

The first dish, raw scallops with radishes, their greens, Yellow Foot mushrooms, and creme friache ($14), was simple yet irresistible. To me, Seattle means stellar seafood, and the scallops here were out of sight. The chanterelles, too! 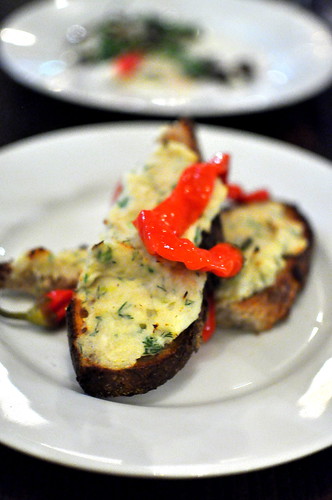 The Astronomer adored the smoked sturgeon and parsnip brandade on sourdough ($10). The tartine was draped with a mile-long pickled pepper that offset the rich brandade perfectly. 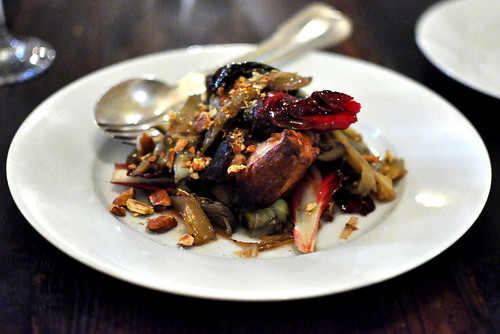 The heartiest dish was the “thistle and radicchio salad with pork belly and hazelnuts” ($14). Based on the price point and menu description, we were expecting a salad with porky accents, but we received the opposite—score! The fork-tender belly stuck to our bones in the best way. 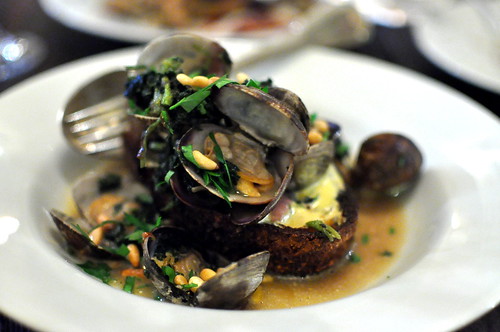 The dish that really hit it out of the ballpark for me was comprised of Manila clams in a pork broth with stinging nettles and pinenut toast ($13). While the clams were tasty little things, it was the creamy, spongy toast that satisfied. 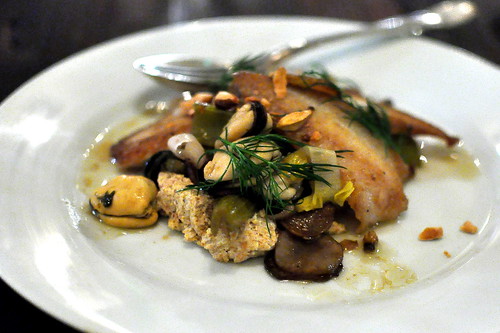 Our final savory bite of the night consisted of filets of petrale sole with marinated mussels, roasted celery, sunchokes, almonds, and an unbeatable bread-based sauce with plenty of garlic ($23).

Cooked fish preparations usually leave me bored to tears, but this one was thoughtful and delicious from top to bottom and side to side. Two cheers for sauces made from old bread and mussels employed as a garnish! 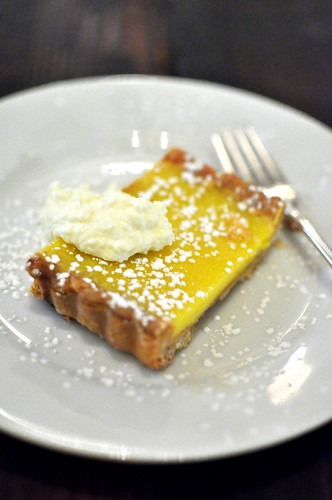 There was only one dessert available, a lemon curd tart with whey ricotta ($8). The cheese was an unusual but fitting choice to accent the tangy pastry.

Friday nights at The Corson Building are just my speed—beautiful food, lovely service, and an inviting atmosphere. I’ll surely be back.

This post is dedicated to the awesomely kind strangers who scooped The Astronomer and me up from the bus stop outside the restaurant and whisked us to our hotel after dinner. Thanks, again! Seattleites are the best.

There’s plenty more to eat in Seattle on Gastronomy:

One thought on “The Corson Building – Seattle”