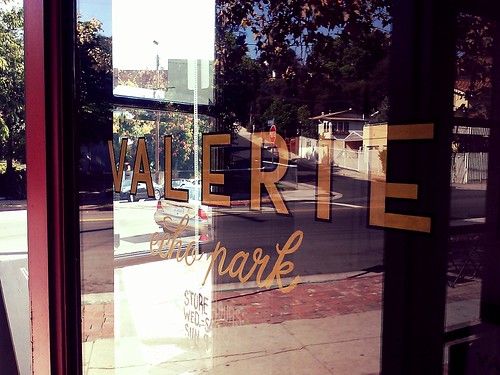 The birthday girl usually gets what she wants, but Sunday brunch at Cortez just wasn’t meant to be last week. As we approached the usually bustling scene, we were greeted with dimmed lights, chair-topped tables, and a short but effective note stating that the owners had high-tailed it out of town in celebration of the restaurant’s first anniversary. Congrats to them, too bad for us.

Needless to say, alternative plans had to be made on the spot. 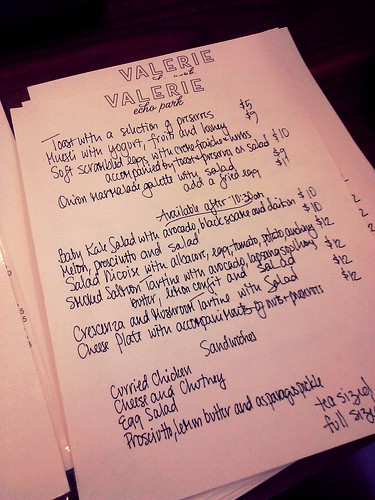 We briefly considered getting down at Guisados or popping into Xoia, but the birthday girl desired sweet nothings and savory somethings from Valerie, so that’s just what we had. 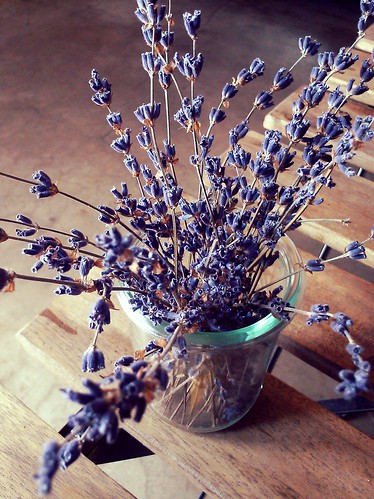 The food and drink served here is a “less precious” take on traditional afternoon tea. Y’all know how I feel about afternoon tea… 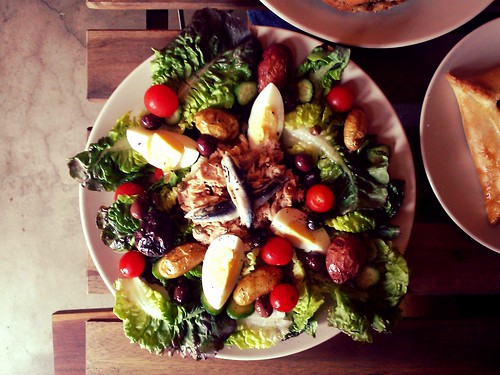 Diana and I shared the Salad Niçoise with albacore, potatoes, egg, tomato, and anchovies ($12). It was a crisp and fresh plateful, but didn’t include as many anchovies as we would’ve liked. Maybe we’re in the minority here, but pile on the pungent fishes, please. 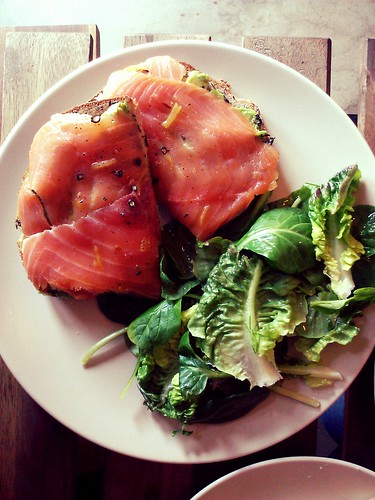 Our spread also included the smoked salmon tartine with mashed avocado, lapsang souchong butter, and lemon confit ($12). The bottom-most layer, a crusty raft of bread, was especially delightful, as was the top-most layer, a brush of citrus zest. 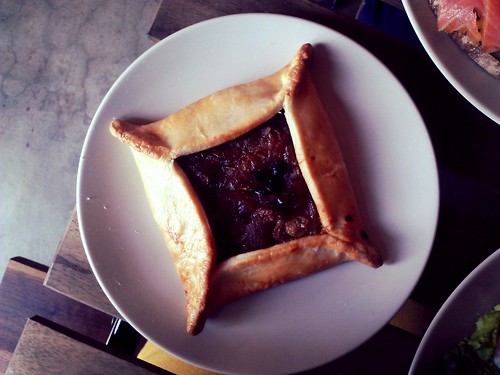 The best bite of the afternoon had to be the onion marmalade galette ($6). The combination of buttery crust paired with sweetly stewed onions was incredible. 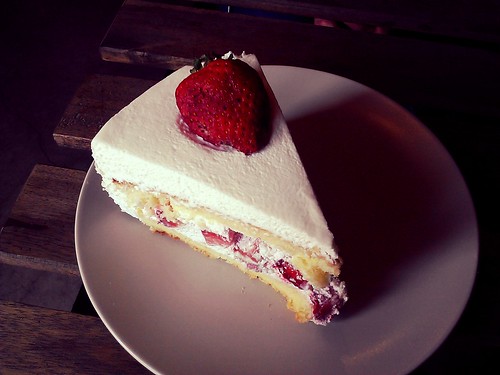 To finish, a slice of strawberry shortcake ($8) that was just about perfect. The cake was moist and light, while the whipped cream frosting and strawberry filling were sweetened just so. If it wasn’t for the less-than-fresh piece of fruit garnished on top, we would’ve been thoroughly smitten.

I’d like to spend every Sunday afternoon here, birthday celebration or not.

Note: All images taken with LG Optimus Elite and edited in Flickr with Cruz filter.