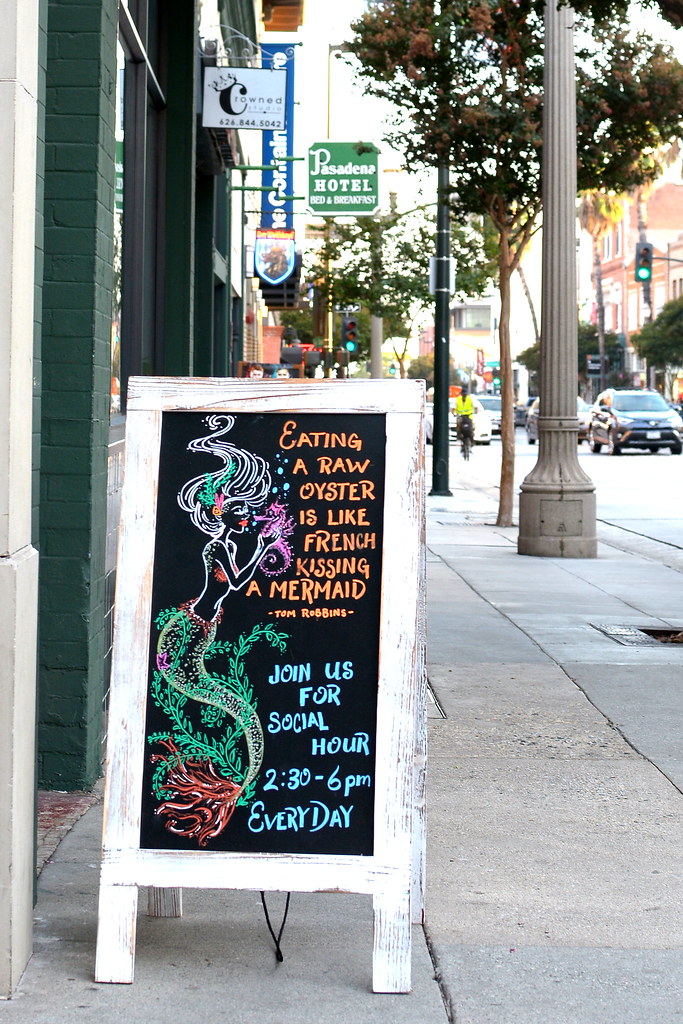 Last Saturday night goes down as one of the best in recent memory. After bidding our little lady a good night, The Astronomer and I dined at newly-opened Fishwives before seeing Green Day at the Rose Bowl. What could be better than digging in to New England-style seafood before rocking out to my favorite band in the world with my favorite person in the world? Not much. 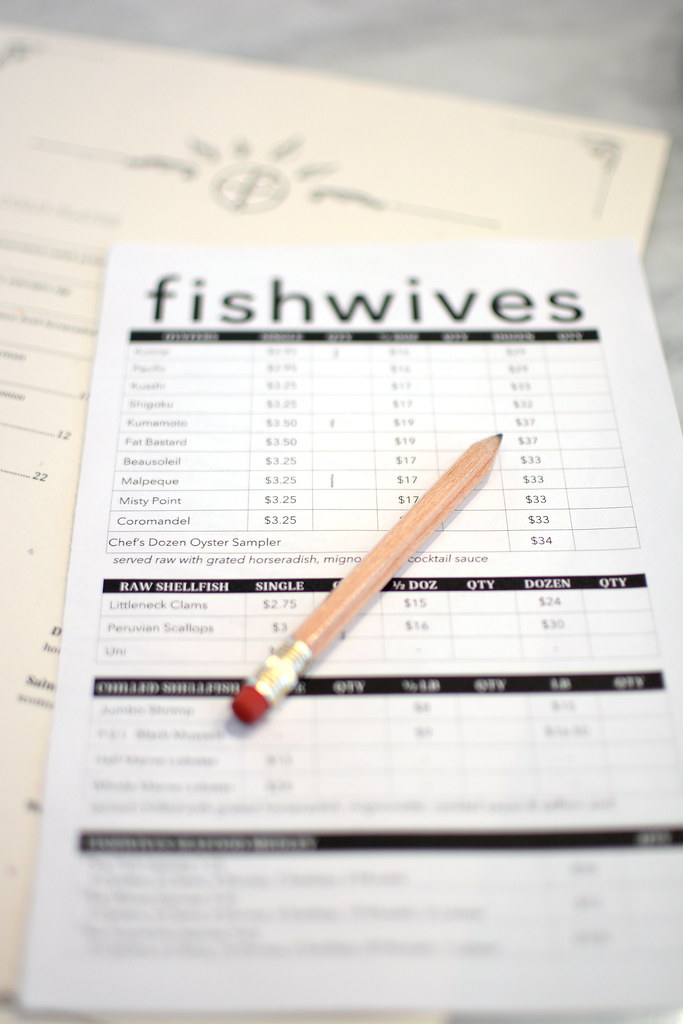 Fishwives has barely been open for two weeks. However, strong word-of-mouth among the local set meant that the dining room was packed at 5 PM, with only bar seating available for walk-ins.

According to the restaurant’s website, a ‘fishwife’ is a “a coarse-mannered woman who is prone to shouting” or “a woman who sells fish.” From what I gather, the restaurant was named after the owner’s great grandmother. 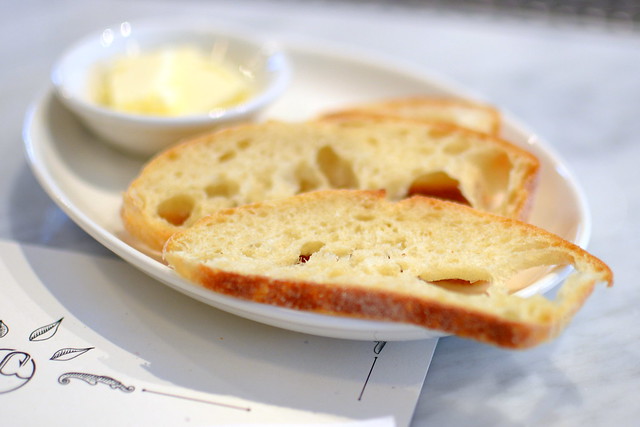 Complimentary bread and butter landed on the table while we were perusing the menu. 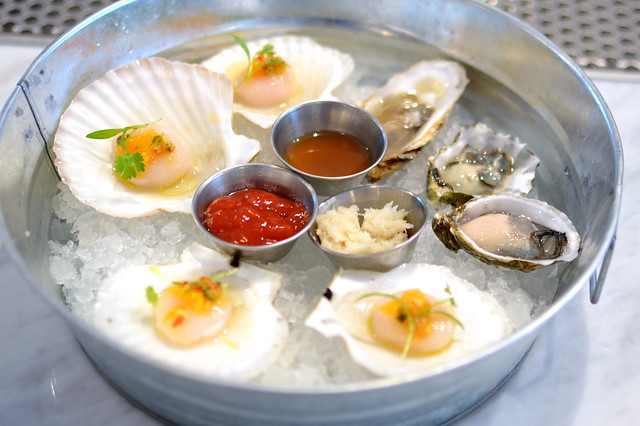 Our waiter suggested starting with selections from the raw bar and sharing three to four larger plates. The Astronomer and I enjoyed two Peruvian scallops each and a trio of oysters—Kumiai ($2.95), Kumamoto ($3.50), and Malpeque ($3.25). The oysters were served with a classic mignonette, as well cocktail sauce, horseradish, lemon wedges, and a killer house-made ponzu. 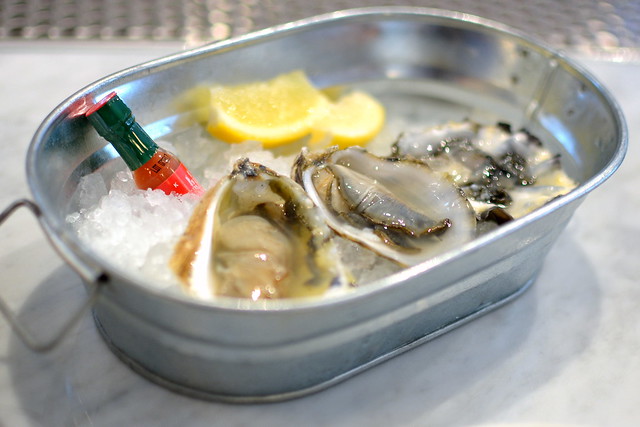 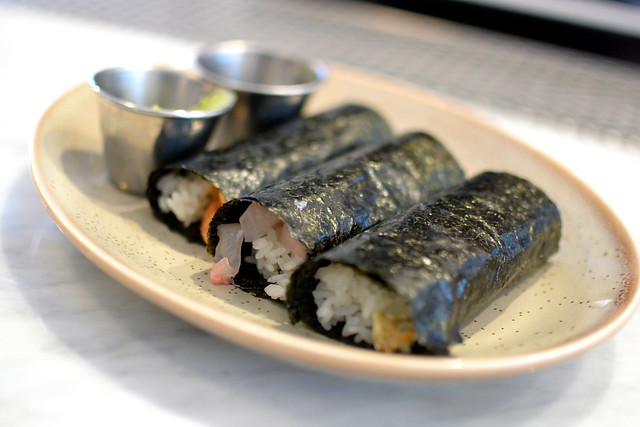 The first dish to arrive was the “Temaki Handroll Flight” ($12).  The three different rolls were each filled with rice along with amberjack, salmon, and Maryland blue crab. Wasabi and soy sauce were served alongside.

While not traditionally found at New England seafood restaurants, these handrolls were a pleasure to see on the menu. Flavor-wise, they were straightforward and tasty. 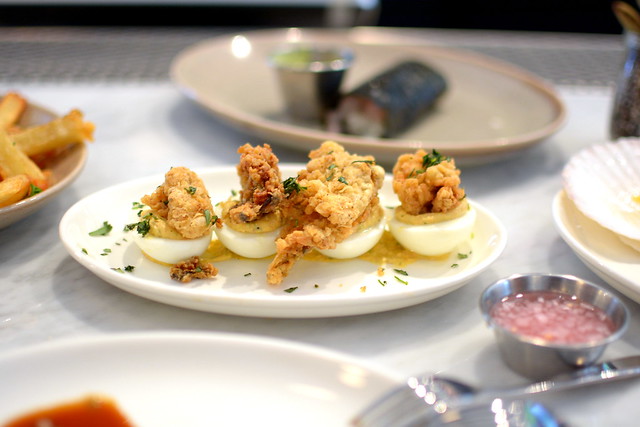 I polished off the “Fried Oysters on Deviled Eggs” ($10) solo because The Astronomer doesn’t love hard-boiled eggs. The eggs, seasoned with tarragon and Old Bay and topped with fried Willapa Bay oysters, were fairly one-note. The pickled shallots from the mignonette amped up the flavor profile just right. 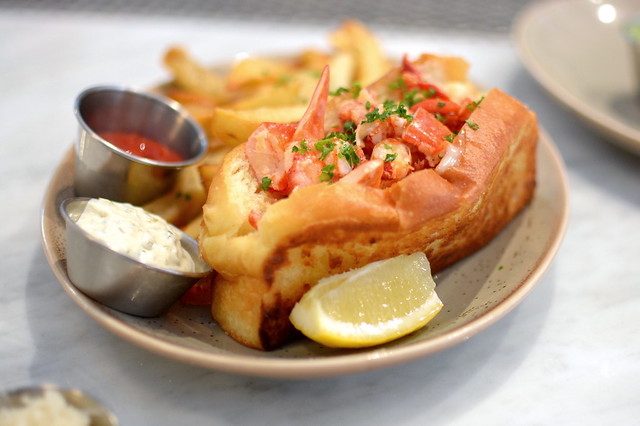 The Astronomer and I both agreed that the “Portland Maine Lobster Roll” ($25) was most excellent. The brioche split-top bun was plush and buttery, while the lobster was plentiful and dressed in a subtle lemon mayonnaise. Quite possibly even better were the house-made French fries. Possibly… 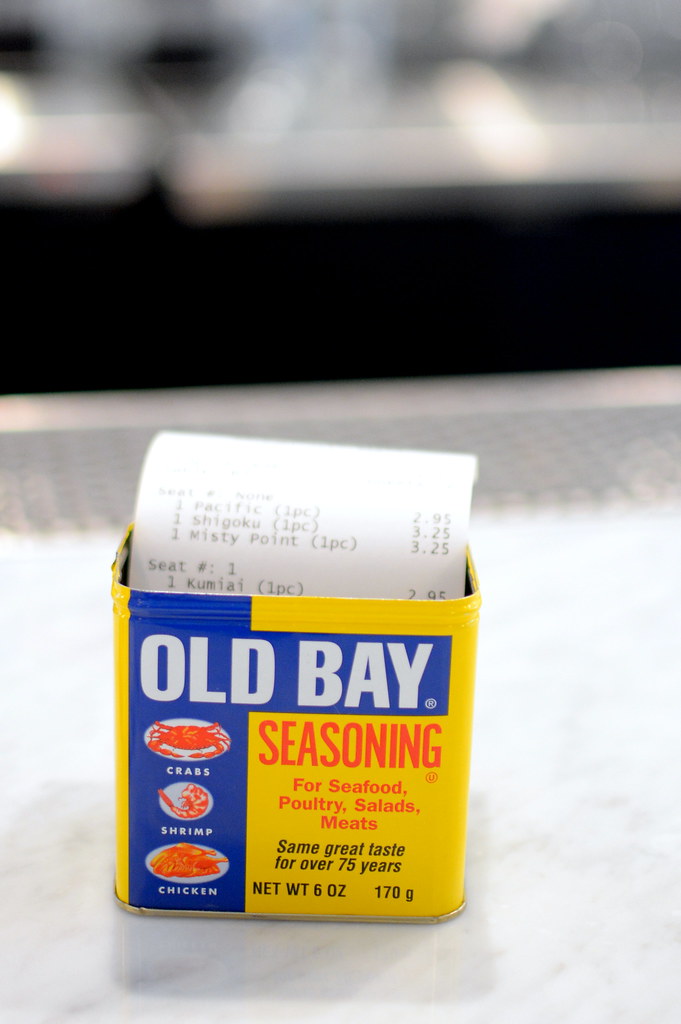 Fishwives did not offer any desserts this evening. The restaurant will eventually serve a snickerdoodle and vanilla ice cream sandwich, according to our waiter. 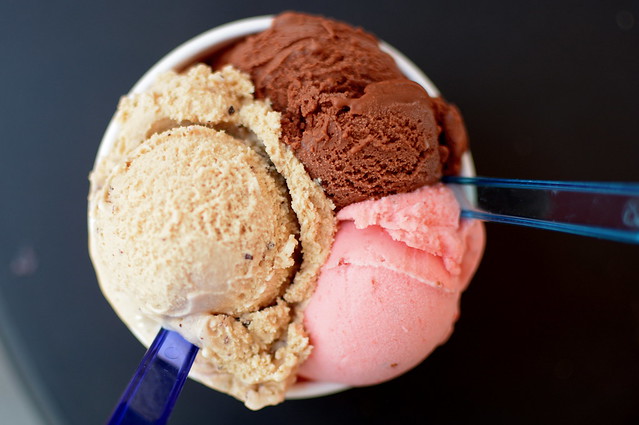 What a terrific night.