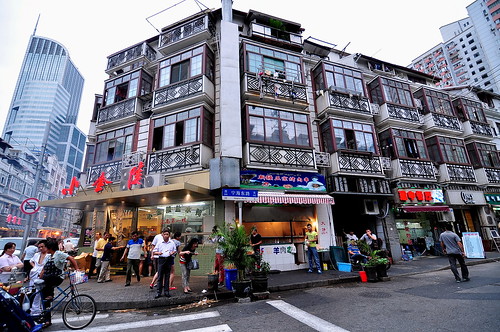 From its futuristic skyline to its stellar public transportation system and well-curated museums, there was so much to soak in and admire during our short stay in Shanghai. Above all else though, it was the city’s street-side cuisine that had me (and my taste buds) smitten.

While the street food culture here wasn’t as ubiquitous as what I had previously experienced in Vietnam and Thailand, mainly due to government regulations coupled with rapid economic and urban development, it was absolutely glorious where it still existed in its purest form. 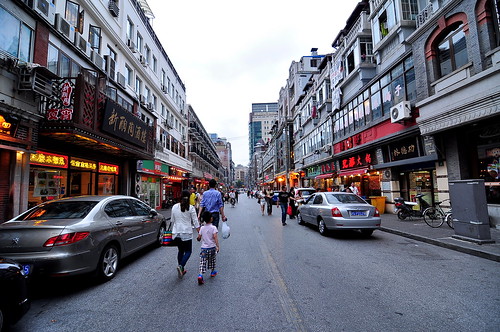 We found the greatest concentration and variety of street eats on a stretch of South Yunnan Road between Renmin Road and Ninghai Road (map below), where there was always something incredible to dig into morning, noon, and night.
— 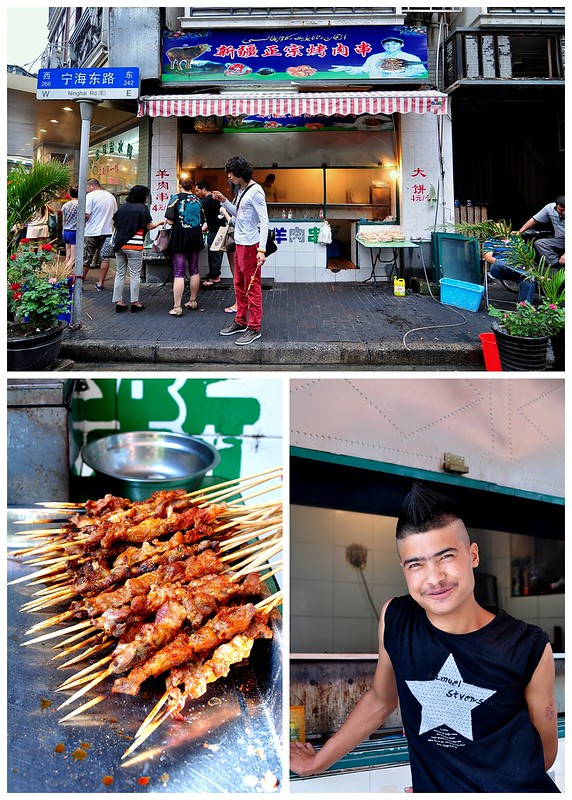 I can’t recall if it was the smoky aromas emanating down the street or the tremendous heap of bamboo skewers piled high at the foot of the stall that first drew us to this vendor. Marinated with a touch of cumin and a whole lotta chili powder, the Uyghur-style grilled lamb kebabs surprised us with their intense heat. Each one was threaded with alternating pieces of meat and fat, with delectable results.

Loaves of sturdy, Uyghur-style bread, which were grilled upon request, were on hand to round out our meal. There was always a sizable line here, especially when lunch time rolled around. 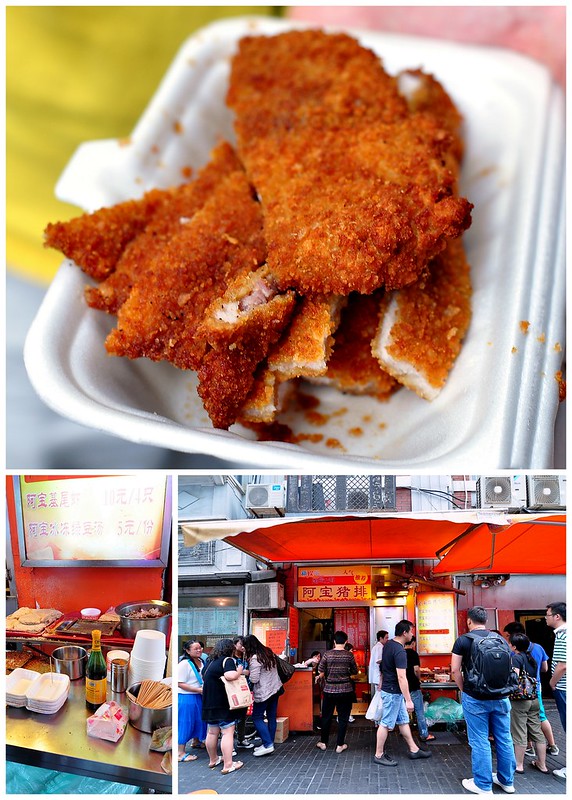 We first learned that massive rafts of pounded fried chicken were a popular snack while scoping out the food court at nearby Raffles City. We had to taste it for ourselves when we spotted it on Yunnan Road with a good-sized crowd buzzing around the stand.

Here, breaded and seasoned chicken cutlets are deep-fried to order, hacked into neat strips with a cleaver, and drizzled with Worcestershire sauce. Crispy, salty, and impressively moist, these local-made chicken fingers were damn good. 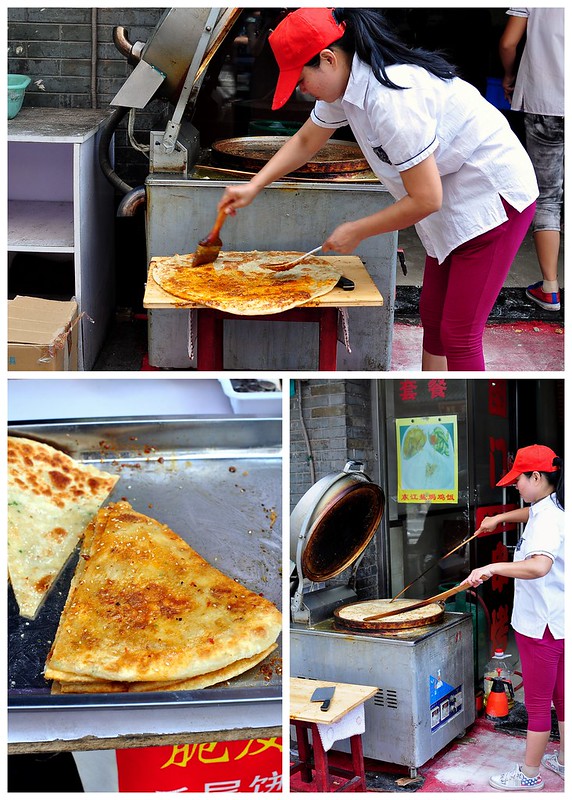 While the lunch and dinner offerings on Yunnan Road were solid, it was the breakfast selections that I craved most of all. It’s hard to miss the vendor preparing fresh and floppy scallion pancakes, served plain or brushed with fermented bean paste. Flaky and savory, the pancakes dazzled with their simplistic goodness. 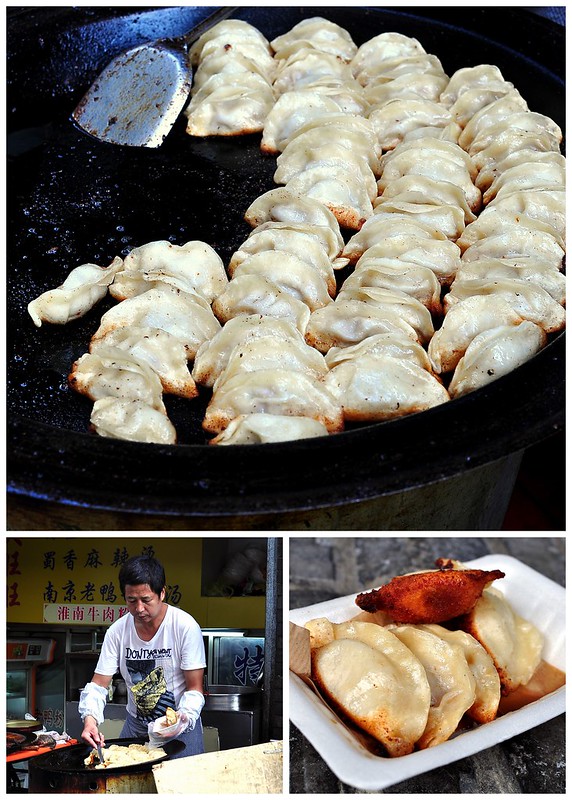 Who can resist perfectly seared pot stickers first thing in the morning? Certainly not this girl. Served hot from the cast iron pan with just a splash of vinegar, these dumplings were incredibly juicy (just ask my soiled dress) and wrapped with winning, blistered skins. 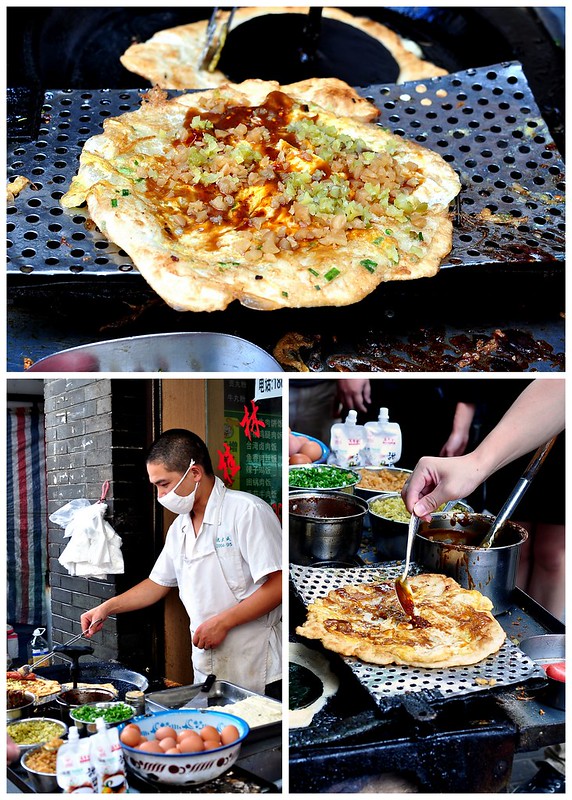 The jian bing bug first bit me in Beijing, and I was stoked to be reunited again in Shanghai. I requested my jian bing to be made with one egg, which was cracked atop a scallion pancake and submerged in sizzling hot oil before the two components emerged as one.

The Shanghai version bested the Beijing one because I was given free reign over the toppings. I made sure to go heavy on the fermented bean paste, as well as the pickled radishes and mustard greens, and a bit lighter on the raw scallions and chili oil. As soon as I was finished garnishing my masterpiece, the vendor folded it up and slapped it in a plastic bag; jian bing has got to be one of the greatest portable breakfasts ever. 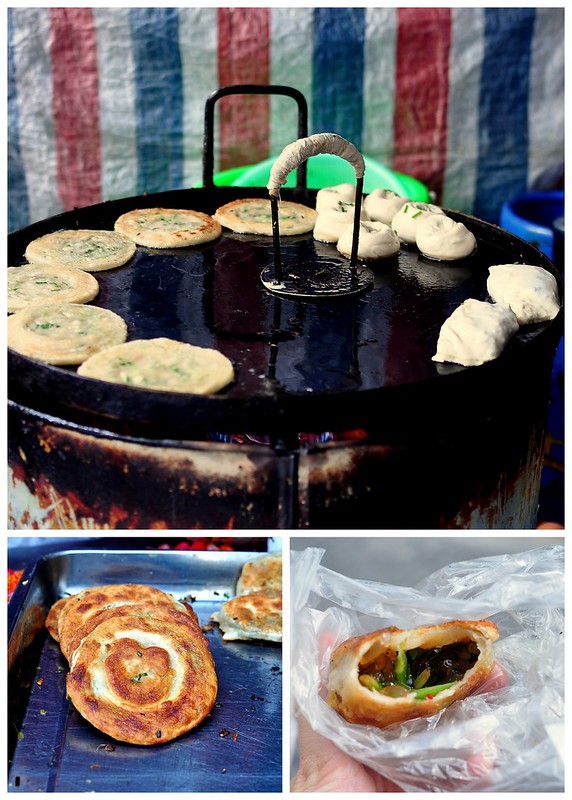 A few paces from the steamed scallion pancake vendor was another carbohydrate specialist whippin’ up a breadier version of cong you bing that was equally fetching. Additionally, she sold hot pockets filled with greens and glass noodles. 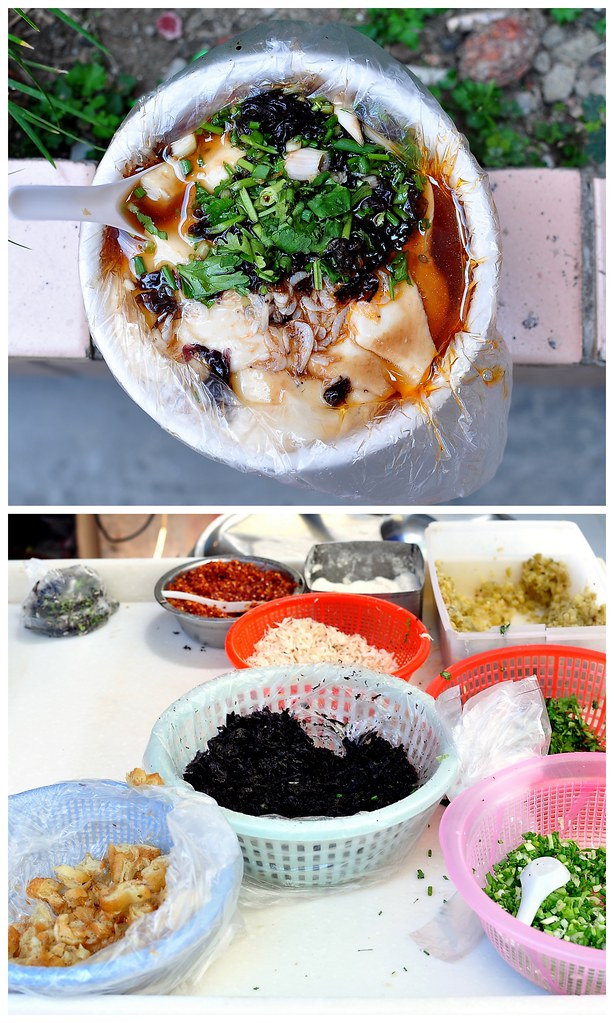 The most virtuous breakfast on the block was the douhua, warm and gentle curds of tofu topped with bits of seaweed, cilantro, scallions, chilies, pickled radishes and mustard greens, vinegar, soy sauce, and best of all, teeny tiny dried shrimp that really packed a salty wallop. Stir, spoon, and enjoy. 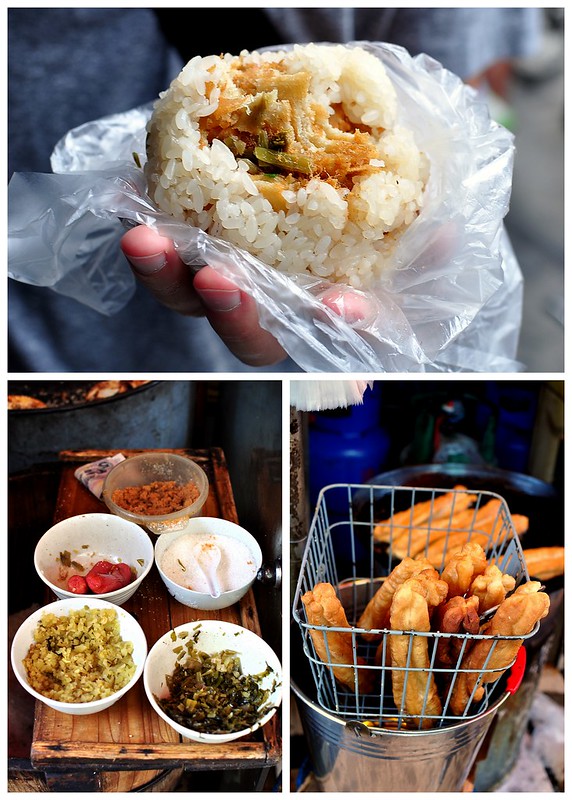 My favorite morning-time delight was the ci fan tuan, a carbohydrate bomb comprised of sticky rice crammed with a freshly-fried you tiao (cruller), pork floss, and pickled mustard greens. Whereas the Taiwanese version of this dish is tubular in shape, the ci fan tuan in Shanghai were mashed together like a snowball. As an added bonus, the ci fan tuan vendor also sold sesame doughnuts!

Evey morning ought to start with one of these, along with a warm cup of soy milk. 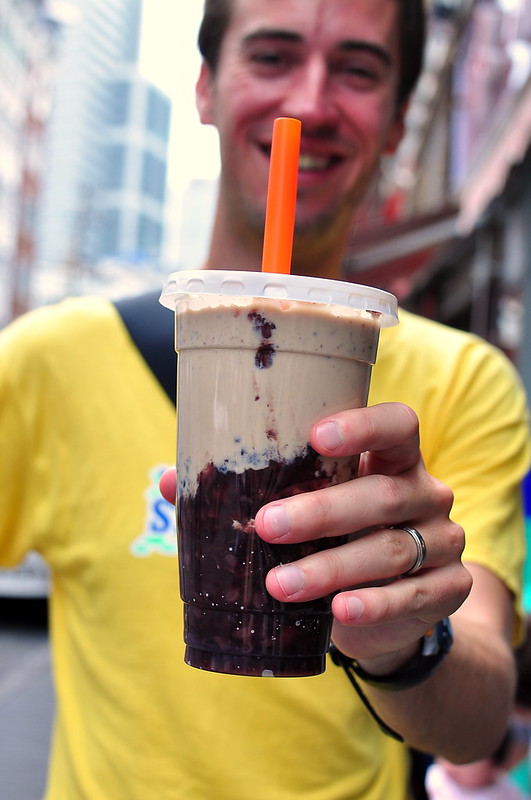 Everyone walking along Yunnan road was sipping this creamy, caffeinated concoction. While the black milk tea was stupendous, the combination of chunky red beans and rice didn’t really do it for The Astronomer and me. Still, this drink was quite refreshing to sip while snacking.

Pro tip: Skip Shanghai’s ultra-touristy “food streets” like the Jing’an Villas, Shouning Lu, and Fangbang Lu and head to South Yunnan Road for the best street fooding experience. It’ll be the highlight of your trip. Promise.