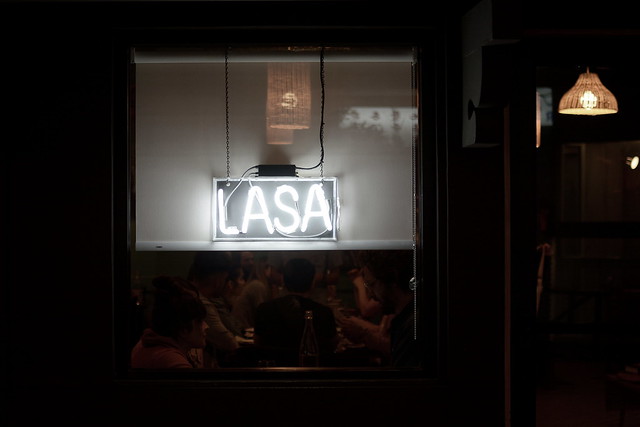 The Astronomer turned 34 earlier this summer and requested we celebrate at Lasa, Chef Chad Valencia and his brother Chase’s highly-lauded Filipino-American restaurant. Here at the former Unit 120 space in Chinatown, Chef Chad harmonizes traditional Filipino flavors with seasonal ingredients and a kind of contemporary culinary sensibility previously honed in the kitchens of Sqirl and Canale. 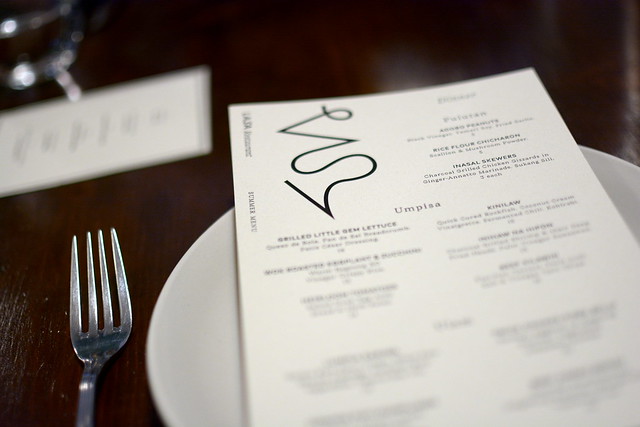 Named after the Tagalog word for “taste,” Lasa serves up small, medium, and large plates intended for sharing. Our enthusiastic server guided us through the menu and offered excellent recommendations all around. 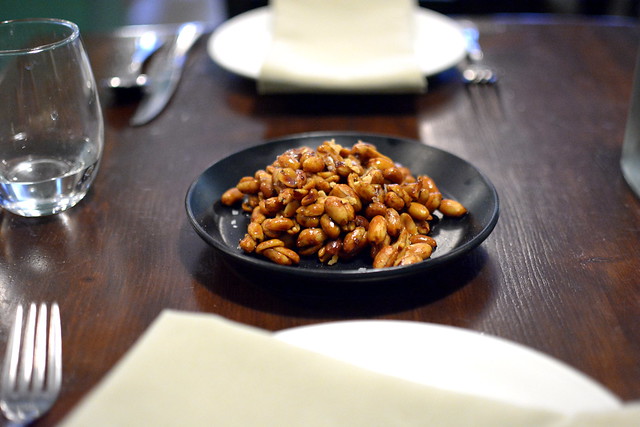 First up was an addictive dish of “Adobo Peanuts” ($5) with black vinegar, tamari soy sauce, and plenty of fried garlic. 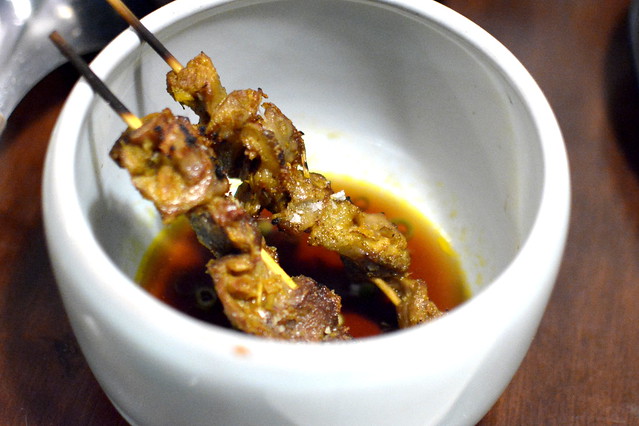 The “Inasal Skewers” ($3 each) arrived soon after. Marinated in ginger-annatto then charcoal-grilled and served in sukang sili, chili-tinged vinegar, the chicken gizzards were as tender as they were punchy. At the recommendation of our server, we ordered a bowl of steamed white rice alongside to sop up the sauce. 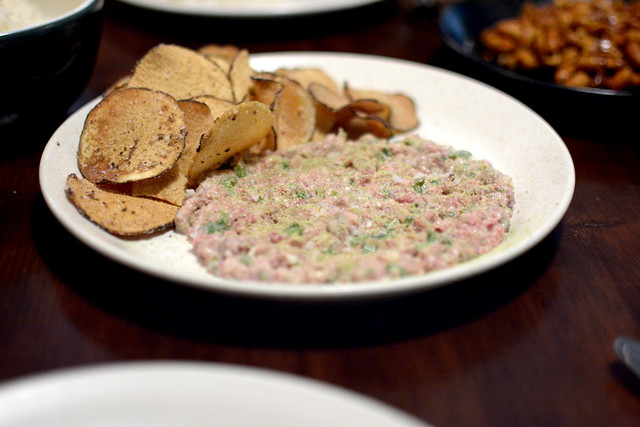 The “Beef Kilawin” ($17), a flat-iron steak tartare served with salt and vinegar chips, stole the show with its funk-forward patis (fish sauce) aioli. I want every steak tartare from here on out to be served with homemade, thick-cut potato chips. 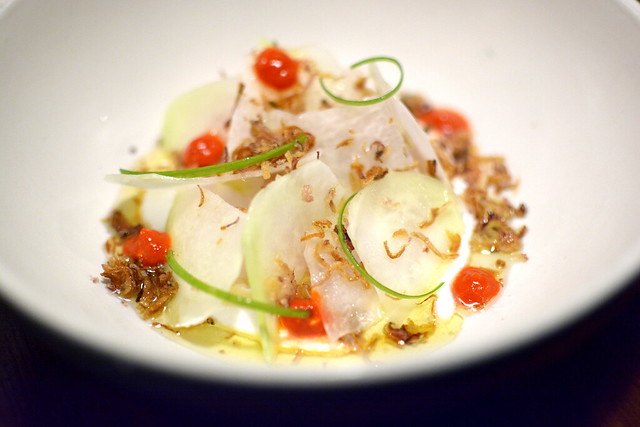 The “Kinilaw” ($15) consisted of quick-cured rockfish in a coconut cream vinaigrette with fermented chilis and kohlrabi. The rich coconut cream paired delightfully with the raw fish, adding a mellow sweetness to every bite. 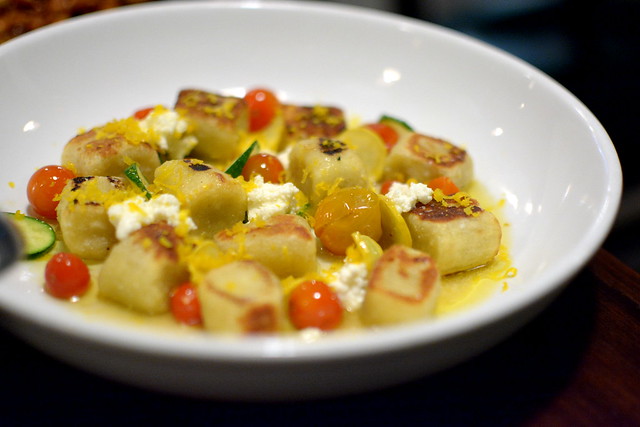 The “Kesong Puti Dumplings” ($21), pan-seared gnocchi made from a mild white cheese called kesong puti, were served in a cherry tomato confit with shaved squash and patis-cured egg yolk. The bright and summery dish impressed with its simple composition and thoughtful flavors. 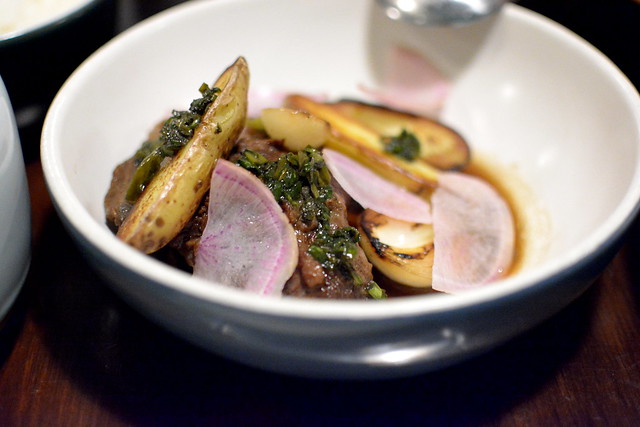 The final savory dish of the night was the “Beef Cheek Bistek” ($24), fork-tender hunks of meat served with charred young onions, fingerling potatoes, shaved daikon, and toyomansi (soy sauce with calamansi juice). The Astronomer has a way of pacing himself throughout a meal, saving just enough room to finish every last course, while I tend to sprint at the start and hobble toward the end. I could barely sneak a bite of the bistek, but fortunately The Astronomer rallied like a champ and polished off the whole thing. 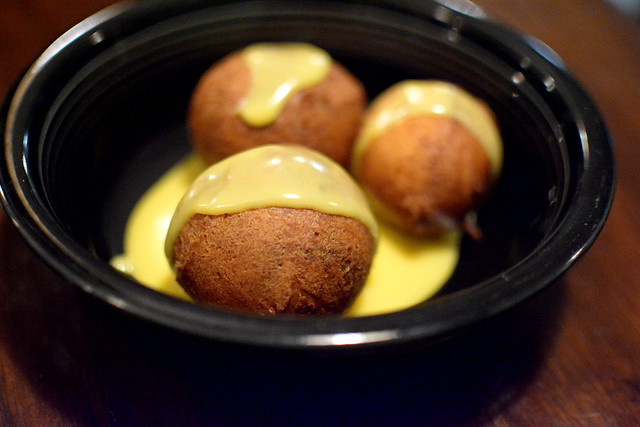 I had plenty of room for both desserts because there’s a special compartment in my system dedicated to sweets. The expertly fried “Kesong Puti Fritters” ($10) arrived drizzled in an exceptional salted duck egg custard that was sweet, savory, and rich in all the right places. 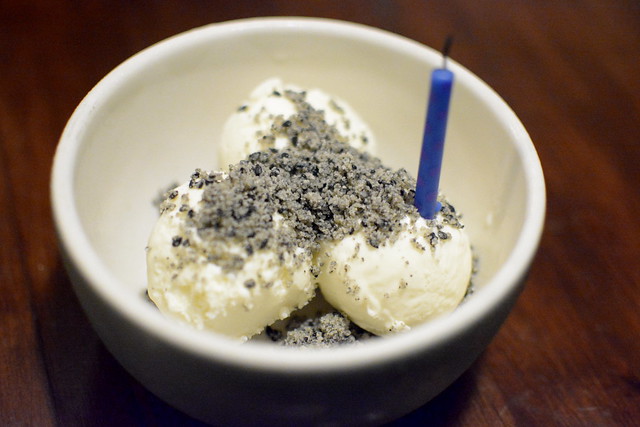 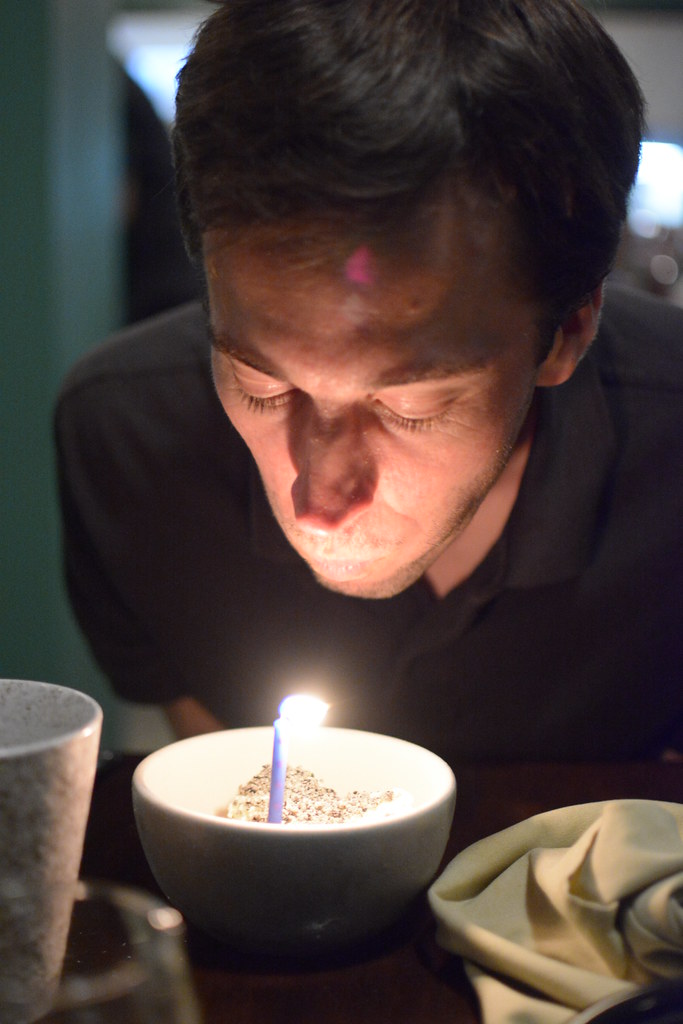