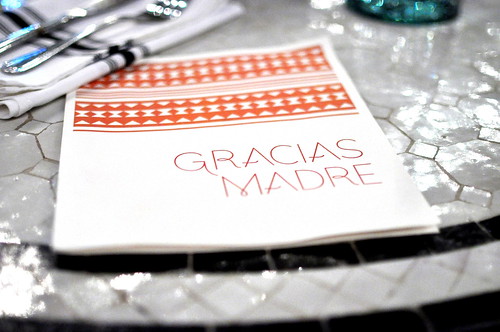 While driving home from dinner at Gracias Madre last week, my mind kept coming back to the idea of comfort zones. Namely, how my food comfort zone is calibrated a lot differently than other people’s. I feel perfectly at ease in a dingy restaurant where no English is spoken and offals are served, but take me to a fancy vegan joint in a ritzy part of town, and I feel a little like a fish out of water. 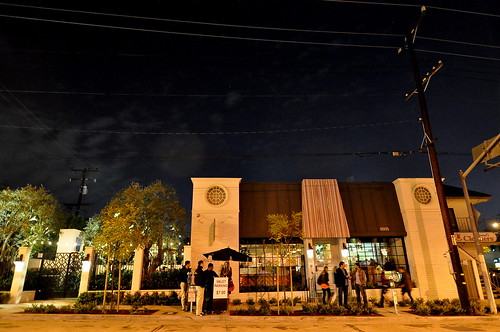 I stepped squarely out of my element for a taste of Gracias Madre, a much-buzzed-about and beautifully appointed restaurant specializing in vegan Mexican fare. Chef Chandra Gilbert opened the first Gracias Madre in San Francisco in 2009 along with Café Gratitude founders Matthew and Terces Engelhart. She formerly worked at Alice Waters’ now-closed Café Fanny in Berkeley and Cowgirl Creamery and Greens Restaurant in San Francisco.

The restaurant sources its organic produce exclusively from Be Love Farm in Vacaville, as well as from local farmers markets. 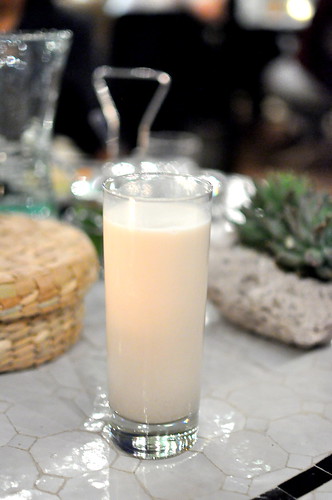 While my dining companions Diana and Valentina sipped spicy cocktails to start, I began with a cool glass of horchata ($5.50). Made of almond milk instead of the traditional rice milk, the agua fresca had a thicker consistency than I was expecting. Considering that horchata is naturally vegan, I found the ingredient swap unnecessary, especially since the end product wasn’t nearly as refreshing. 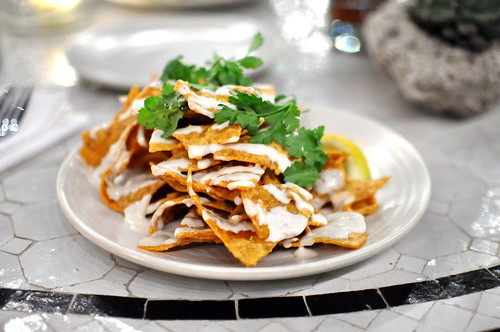 The first dish to hit the table was the “Totopos con Chile” ($8), an addictive platter of tortilla chips topped with salsa de arbol and cashew crema, an impressive blend of raw cashews, lemon juice, salt, and water. Betcha can’t eat just one. 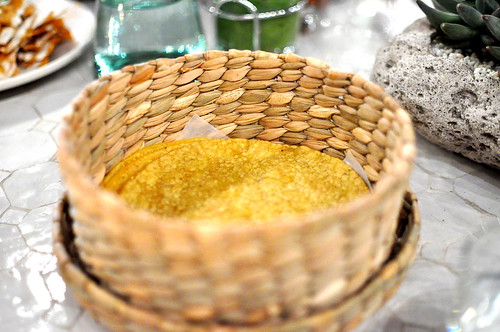 Next to arrive was a basket of handmade corn tortillas (4 for $3). Served hot off the griddle, the tortillas were thick, pliable, and delightful. 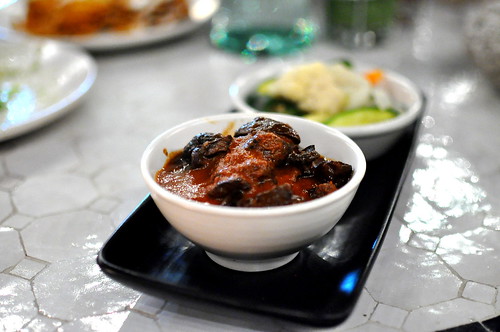 On hand to pair with the tortillas were house-made pickles ($4) and “Hongos con Salsa Roja” ($6), grilled roasted mushrooms served in a mole-like sauce that had me coming back for seconds and thirds. 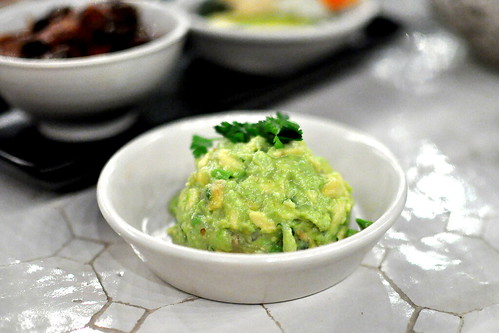 We also shared a serving of perfectly balanced guacamole ($6). If your party loves guac as much as ours did, don’t be shy about doubling your order. 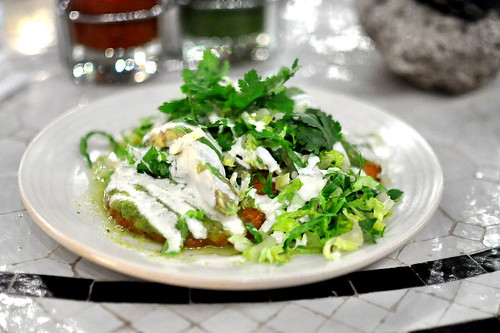 And then there were “Gorditas” ($10), potato-masa rafts topped with warm salsa verde, avocado, and cashew crema. The flavors were wonderfully bright, but I must admit that these meat-less, cheese-less, fat-less gorditas were a bit of a misnomer. Flacacitas might be more appropriate! 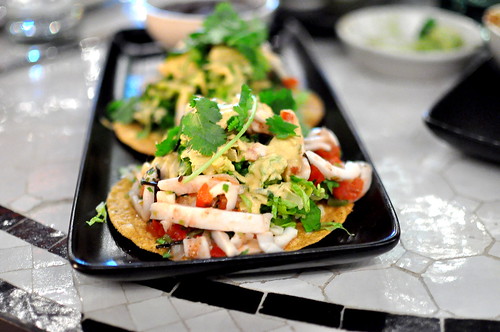 The dish that intrigued me the most was the daily special, a ceviche made with coconut meat in place of seafood. While I quite liked the fresh cilantro and lime juice, as well as the creativity of employing coconut meat, this ceviche had me hankering for Coni’s non-vegan mariscos in Inglewood. However, if I weren’t an omnivore, these would be a pretty cool substitute. 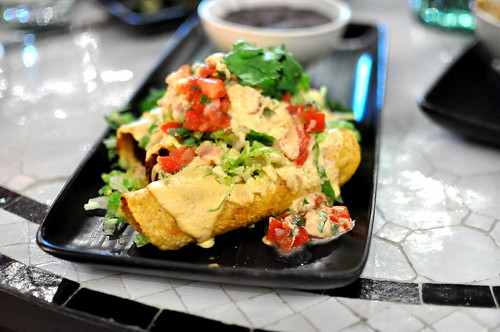 Hitting a similarly saucy note as the gorditas were the “Flautas de Camote” ($15), rolled tacos filled with sweet potatoes and caramelized onions and topped with pico de gallo, guacamole, cashew nacho cheese, and cilantro. A dish of well-made black beans was served on the side.

The sweet-starchy filling didn’t hit the mark for me, while the garnishes felt a bit redundant at this point, making every dish (and bite) taste similar to the last one. 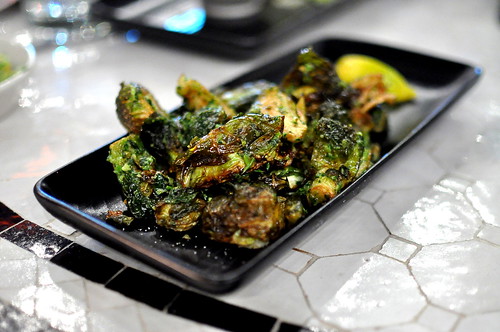 Our final savory was the “Repollitos Fritos” ($10), flash-fried Brussels sprouts with lemon, cilantro, and almond. They were a simple, straightforward, and very tasty addition to our meal. 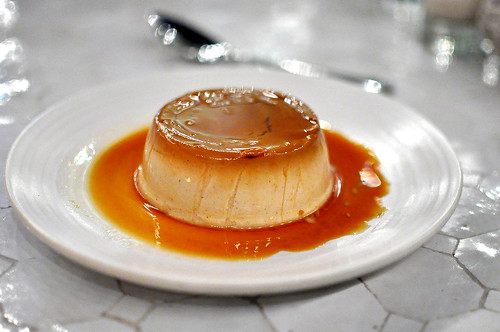 To finish, Valentina and I shared the house-made flan ($9) made with cashew butter in place of eggs and dairy. The flan‘s texture was unfortunately grainy, but its flavor was satisfactory, especially eaten with an abundance of caramel.

Gracias Madre brings admirable creativity to the challenging task of making vegan versions of dishes traditionally reliant on meat, fish, cheese, and lard, glorious lard. While these renditions aren’t perfect substitutes for their omnivorous counterparts, the flavors almost always remain true. Sometimes it pays to step out of your comfort zone.