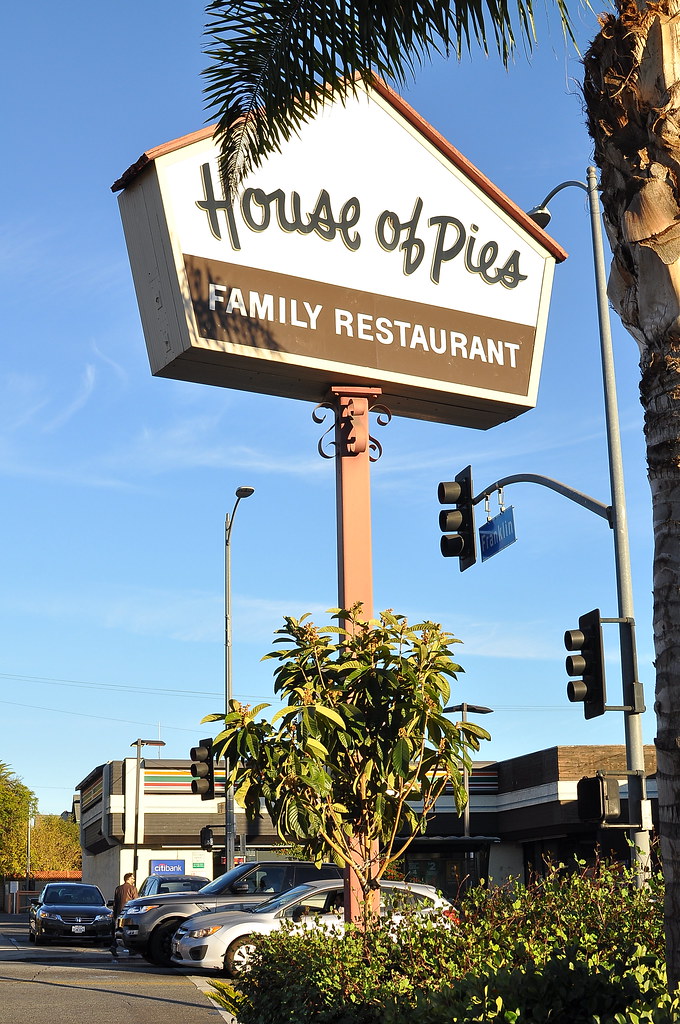 Traditionally during Thanksgiving, The Astronomer and I drive to San Diego to feast with family. This year we spent the holiday in L.A. due to our little one being stuck in the NICU. After failing to score a reservation at Bouchon, our first choice, we opted for a Turkey Day celebration at House of Pies since it was located around the corner from the hospital. Plus, I’ve always been a little curious about the place. 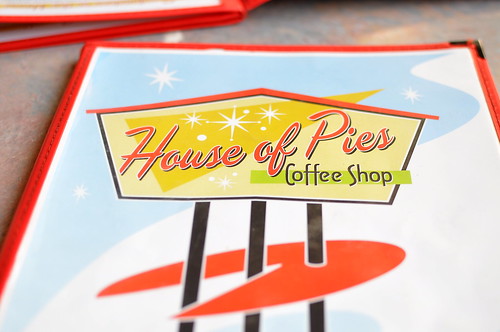 Opened in 1969, House of Pies is a family owned and operated Los Feliz institution. There was a serious line snaking out the restaurant’s door when The Astronomer and I arrived, but thankfully it was for folks picking up pies to go and not for those dining in. We were seated right away at a table by the window in the less-charming-and-cozy-than-anticipated dining room. 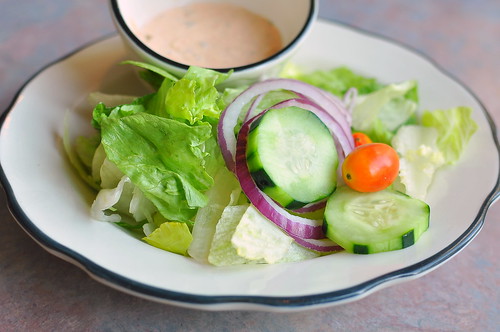 All of House of Pie’s “Dinners” include a choice of soup or salad to start. I chose the salad with Thousand Island dressing. While the leafy greens were mostly limp, the possibly-house-made dressing had some zip! 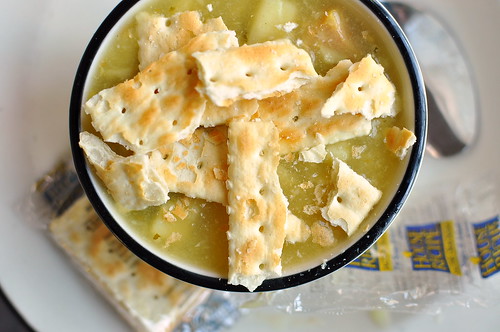 The Astronomer opted for chicken noodle soup, which had an uncanny resemblance to the canned stuff. A generous saltine garnish added interest and crunch. 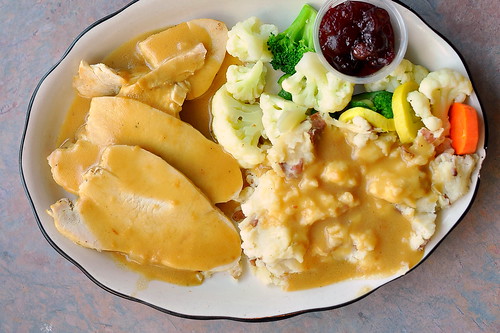 A Thanksgiving traditionalist through and through, I ordered the “hand carved” Roasted Turkey Dinner with mashed potatoes, giblet gravy, cranberry sauce, and “seasonal” veggies ($12.95). Although it tasted like a T.V. dinner, Thanksgiving without turkey would’ve been an even greater travesty than this dinner. 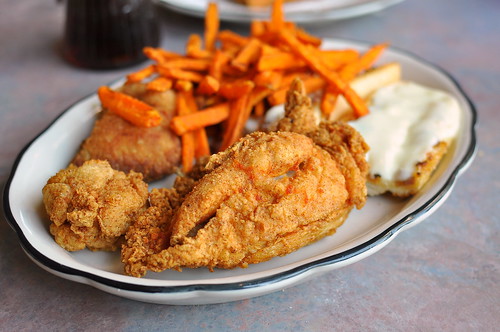 The Astronomer fared far better with the house special “Genuine Broaster Chicken,” three pieces of battered and pressure-fried chicken ($12.95). He selected sweet potato fries and cheesy garlic bread for his side dishes. While the sides were fairly standard, the chicken was very well executed, with greaseless skin and juicy meat. The Astronomer was pleased with his untraditional holiday platter. 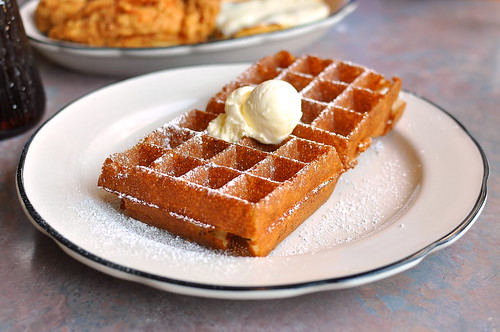 To make his good dinner great, The Astronomer also added a waffle ($4) on the side. With its ever-so-light texture and crispy edges, the waffle turned out to be the tastiest morsel on the table (by a landslide). We’d definitely return for more in the future. 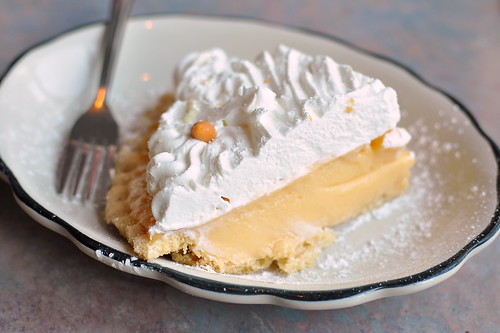 For dessert, we ordered a slice of pie each. My butterscotch cream pie ($4.25) tasted better than it looked, but alas, it wasn’t the pie of my dreams. The whipped cream topping was strangely stiff, while the butterscotch filling was one-dimensionally sweet. 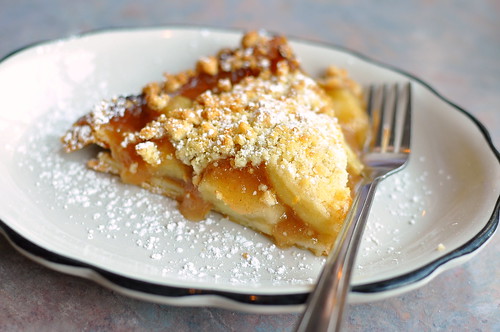 The Astronomer’s Dutch Apple pie ($3.95) was slightly goopy in the filling department, but even with that misstep, it was far tastier than mine.

Thanksgiving is as much about family as it is about turkey, and I was more than happy to endure a less-than-perfect dinner to be close to our baby girl. Next year, we’ll feast like kings.