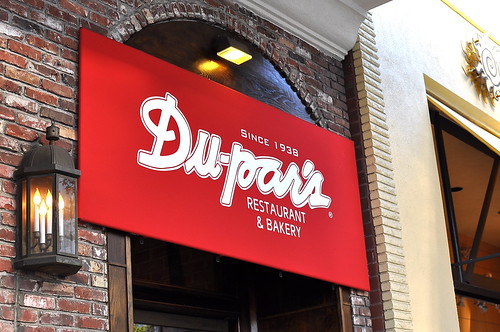 South Lake Avenue Appreciation Week rolls on with a stop at Du-par’s. Known for its pancakes and pies, this classic L.A. diner took over the Hamburger Hamlet space last year. Pi Day gave The Astronomer and me the nudge we needed to finally give it a go. 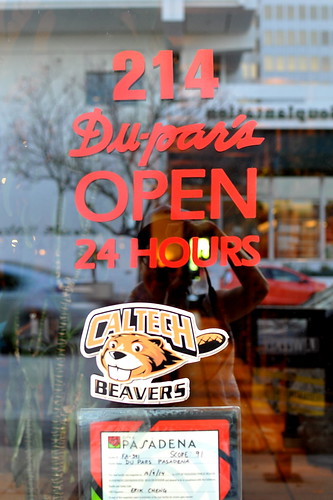 James Dunn and Edward Parsons, who combined their surnames to create the restaurant’s name, opened the first Du-par’s at the Original Farmers Market. There are currently three locations around town, as well as outlets in San Diego and Las Vegas. All Du-par’s are open 24 hours. 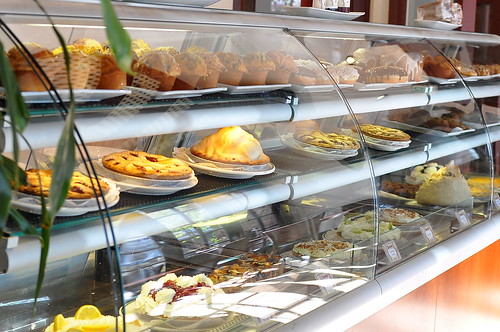 The Pasadena location is quite expansive, even boasting a fireplace, but we opted to join the pies in the atrium because it felt festive there given the occasion. 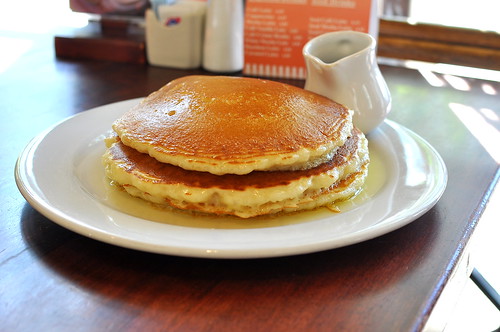 Our waiter didn’t bat an eye when we ordered a plate of pancakes, a slice of pie, and nothing else. Our short stack ($8.95) of “Du-par’s Legendary Buttermilk Hotcakes” was seriously impressive. Every inch of the fabulously fluffy pancakes was drenched in clarified butter. Three cheers for butter sponges!

The Astronomer and I agreed that these were the best pancakes we’d ever eaten—our expectations were exceeded, and then some. 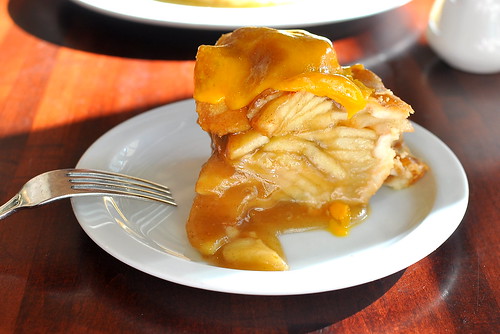 The pancakes were a tough act to follow, but the slice of cheddar-smothered apple pie ($5.25) came through like a champ. I loved how the Granny Smiths, piled high and tart as can be, still retained a bit of snap. Mushy filling this was not. 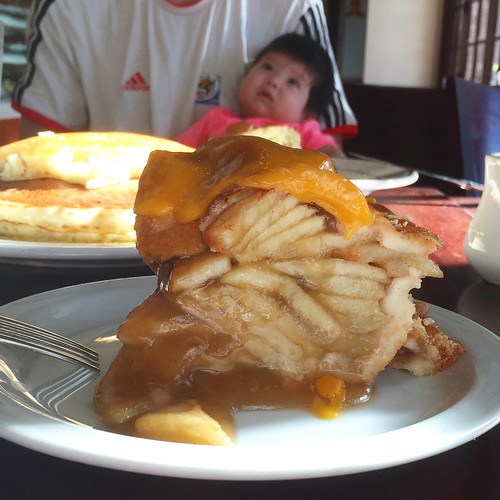 With June venturing into solids in the coming months, we’re going to need two slices of Pi next year!