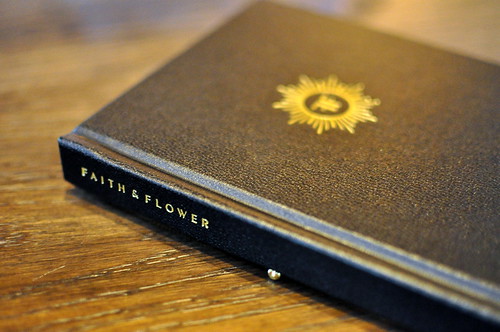 Unless you’ve given up social media for Lent, chances are that you’ve heard a little somethin’ somethin’ about Downtown’s newly opened Faith & Flower.

There’s a great chef in the kitchen (Michael Hung of San Francisco’s La Folie) and a talented bar man too (Michael Lay of Vegas’s Rose. Rabbit. Lie), but what really drew me here was my friend Stephane Bombet, one of the restaurant’s managing partners. This is his first project since parting with Chef Ricardo Zarate‘s Peruvian empire (Mo-Chica, Picca, Paiche, and Blue Tavern). 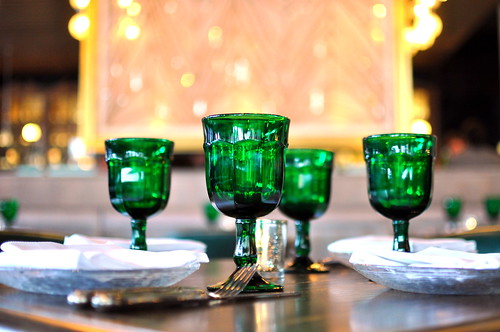 Whereas most of Downtown’s popular spots are minimally appointed and distinctly urban, Faith & Flower feels downright sumptuous, complete with crystal chandeliers, fancy cutlery and chargers, and plush banquettes. To keep the done-up room from feeling formal or stuffy, the energy, music, and service all hit the perfect upbeat yet casual note. 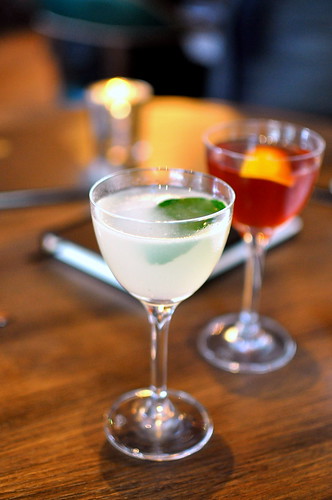 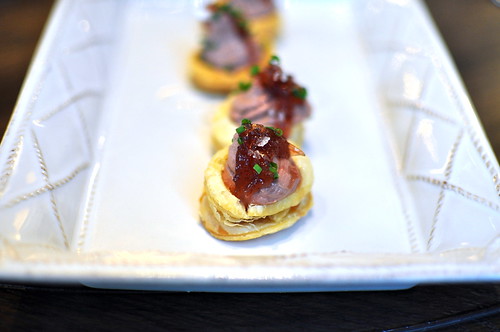 Next on the scene was a trio of small bites. My favorite of the three was the Duck Liver Mousse Tarts ($6) with grenadine candied onions—satisfyingly rich and savory bites with a touch of sweetness. 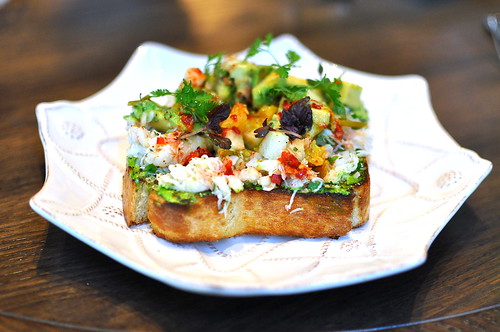 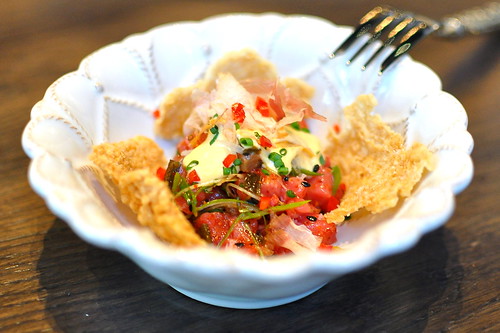 The New York Steak Tartare ($14) was superb. Tender cubes of beef were dressed with roasted sesame oil and a relish of soy- and sake-braised konbu seaweed, then finished with uni cream and black sesame seeds.  The puffed rice crackers were a great vehicle for the tartare. 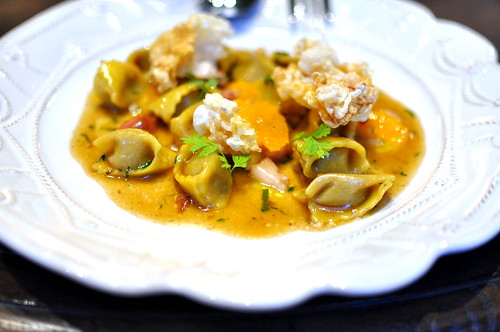 The Astronomer and I were most excited about the pasta dishes on the menu, especially since Sous Chef Michelle Minori is an alum of San Francisco’s Flour + Water. We absolutely adored the Oxtail Agnolotti ($17), toothsome parcels sauced with a luscious bone marrow butter and garnished with a tangerine salsa and deep-fried beef tendon. Best of all was the citrus, a totally unexpected but fantastic addition to the dish. 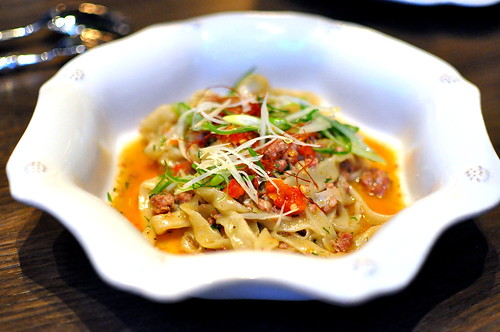 The Thick Cut Wheat Noodles ($16) was terrific as well, hitting a Chinese note with its cumin-braised lamb, cilantro, and chili-garlic broth. The Astronomer loved this one best. 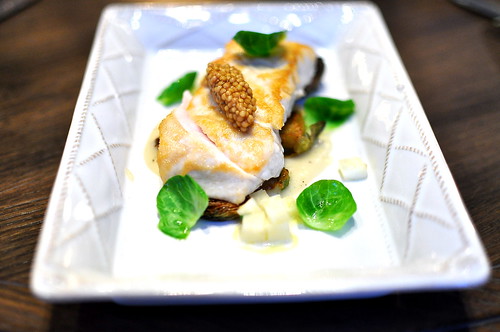 For the protein portion of our feast, a selection from the land and sea: 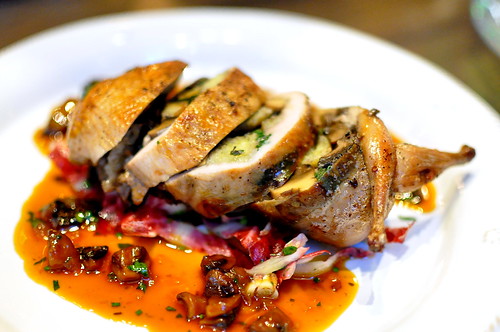 The roasted Mushroom Stuffed Quail ($25) with a Madeira and mushroom sauce was extraordinarily earthy. The combination of stuffing and herbs struck a Thanksgiving-like note that I really dug. 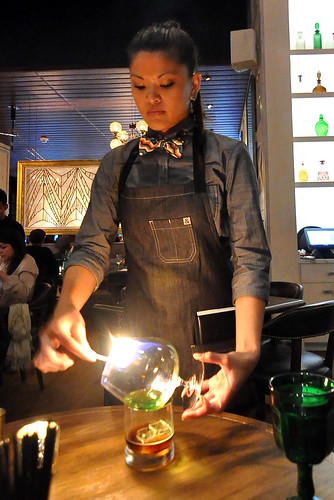 Before desserts, we indulged in an absinthe “course” featuring La Fée Absinthe in a pyro preparation known as “Leap of Faith.”  After we inhaled its vapors, the flaming absinthe was served over root beer.  It was a tasty drink, but unfortunately we didn’t see any green fairies. 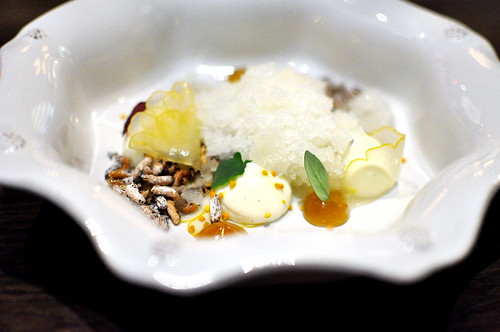 Executive Pastry Chef Ben Spungin, formerly of the Bernardus Lodge and French Laundry, treated us to a duo of creative and delicious desserts. The Goat Yogurt Panna Cotta ($8) with yuzu granite, honey, Buddha’s hands, and puffed wild rice was seriously refreshing. The puffed rice took us by surprise with its toasted and smoky profile. 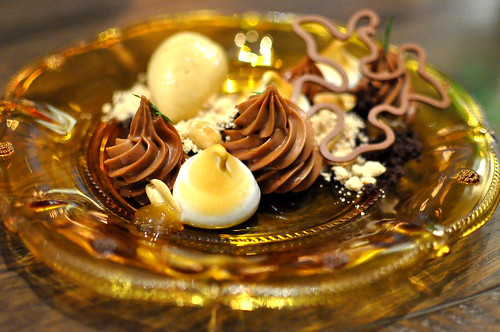 Congratulations are in order to Stephane, as well as the entire team! Faith & Flower is a very fine addition to Downtown’s burgeoning dining scene. Welcome to the ‘hood!